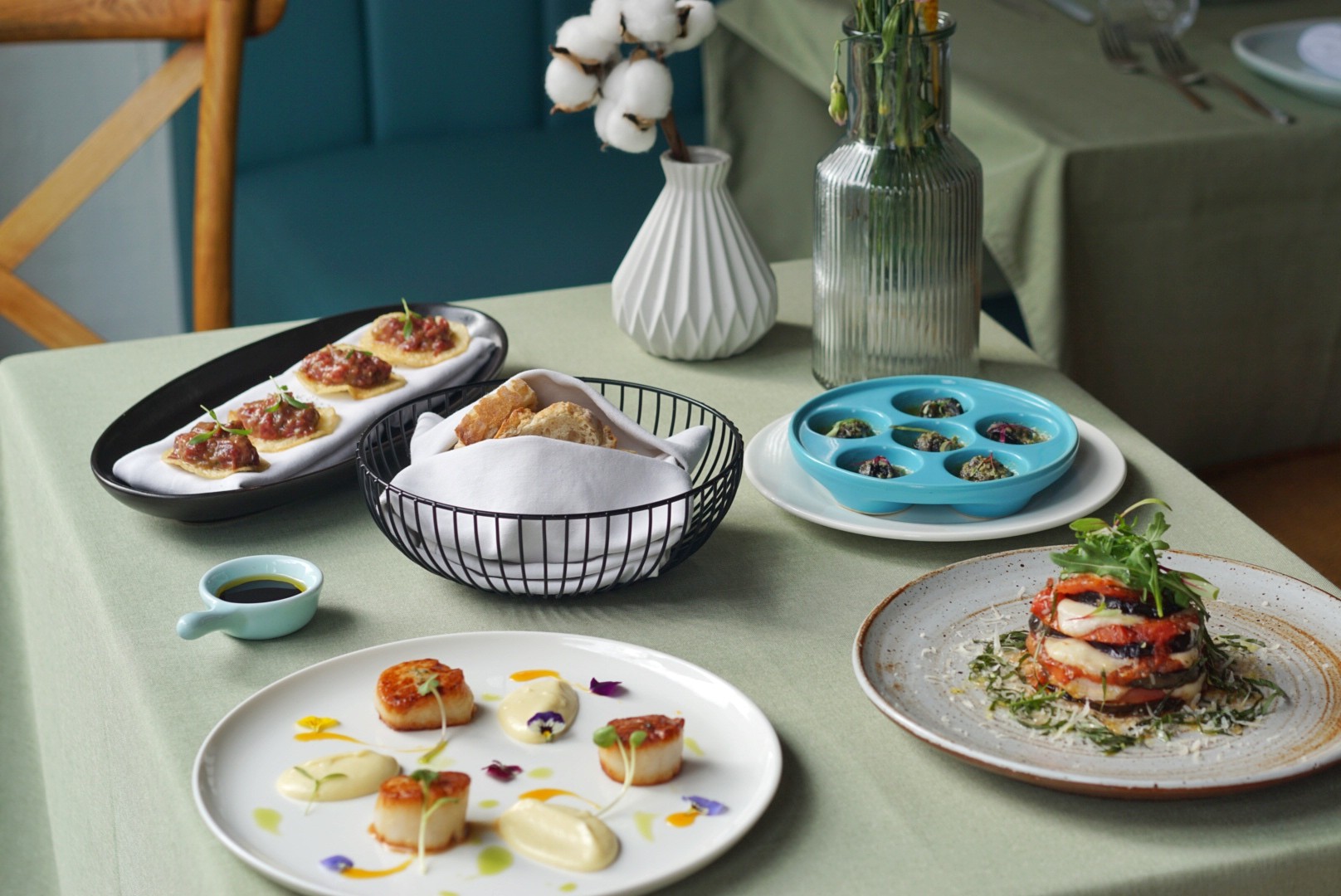 Opened back in April 2020, Le Coquin hatched from a Robin’s egg blue façade on the quieter side of the once rowdy Yongkang Lu. However, due to unforeseen landlord issues, the restaurant was forced to close just 18 months later... yet not before garnering a substantial following for its high quality French haute cuisine. 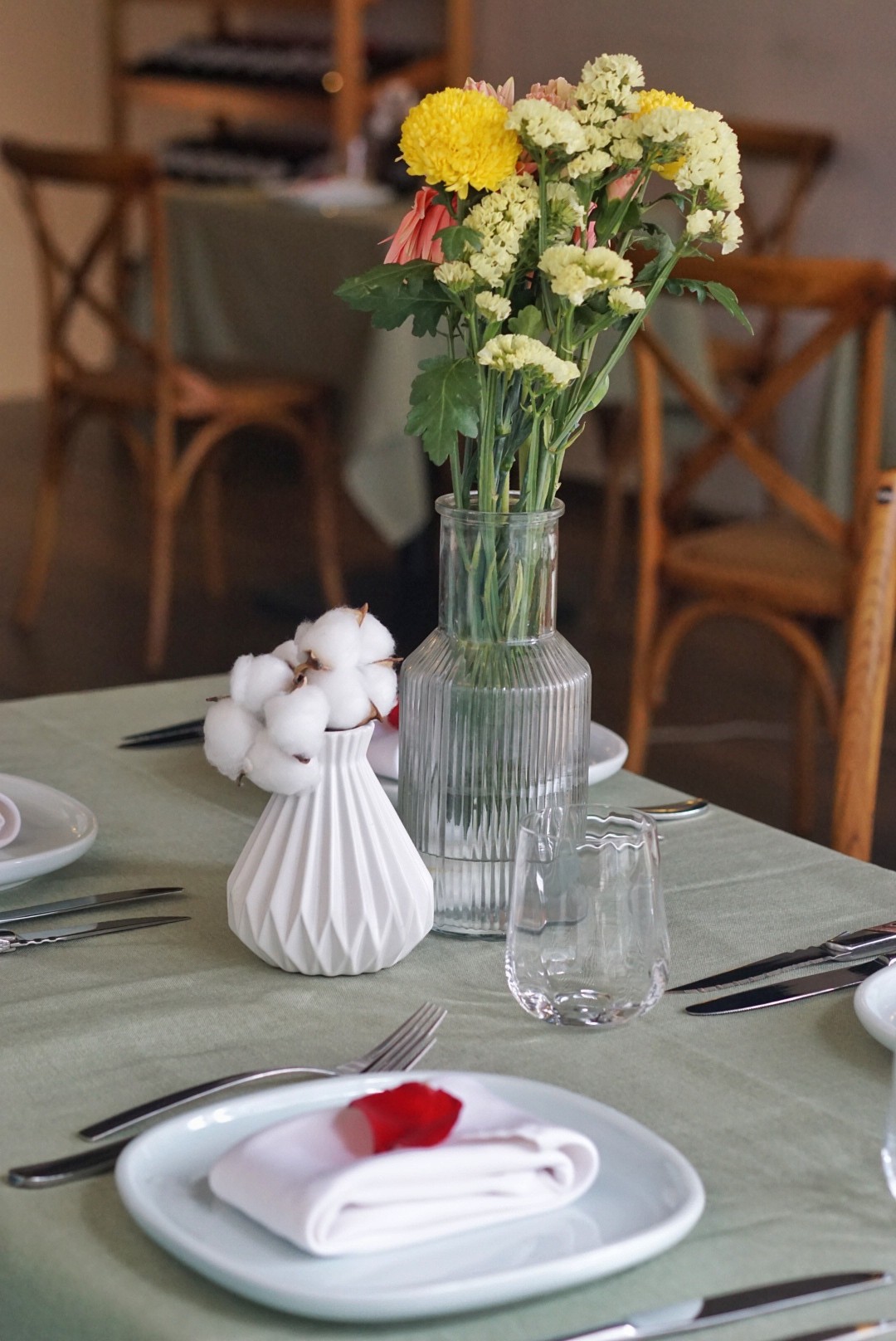 Today, afficionados of authentic French haute quisine can check out Le Coquin's new digs on Nanchang Road – just across from Sober Company. Like before, the first floor of the restored heritage building has been converted with a cozy cafe storefront and a futuristic bar. The second and third storeys house the main dining room and private seating areas, respectively. In total, the quaint little space can seat 30 guests comfortably. Co-owner John Yuan is excited to have opened again after being forced to close the first location despite its popularity. "We have many repeat customers who know our team and chef and look forward to revisiting dishes on the menu with different company."

The countryside bistro décor of muted pastel hues and floral table displays creates a familiar and comfortable feel with a rustic charm that reminds many diners of home – no matter where home actually is.

Le Coquin, which means 'the Rascal,' features a French haute cuisine menu, characterized by an intense level of preparation, intricate presentation and a higher price point to reflect the high quality, imported ingredients.

This is food that’s meant to be experienced slowly and with all five senses. Chef Jimmy Carodiario hails from Montpellier, on the French Riviera. Although the dishes are undeniably French, influence from his Italian grandmother are also found here and there.

It's particularly obvious in the Eggplant Mozza Mille-Feuilles (RMB88), a stacked tower of breaded and fried eggplant parmesan, tomato and mozzarella. Basil is liberally sprinkled on top. For starters, we prefer the perfectly seared Hokkaido Scallops (RMB98), which are crispy on one side and dressed with a luscious parsnip purée that is balanced by a tart passionfruit glaze. The result is a unique appetizer that brings out the scallops' natural sweetness. Another favorite is the Australian Wagyu Tenderloin Beef Tartare (RMB88), which is chopped roughly and mixed with a smidgeon of mustard and a lashing of egg yolk to enhance rather than overpower the beef's rich flavour. Served atop homemade potato chips, the textural contrast and flavourful punch pack a full gambit of feelings into each bite. The Chilean White Wine Mussels (RMB148) are steamed in a wine and butter sauce with the usual suspects of garlic and chicken stock. But Chef Jimmy shakes it up with extra cherry tomatoes that add acidity and break down the mussels to enhance the white wine flavouring. The Duck Confit (RMB138) arrives in a classic French style with brittle, crispy skin that delivers a satisfying crunch with every bite. The meat falls away easily from the bone and the duck, being roasted atop sautéed potatoes, lends its flavor to the butter sauce surrounding the spuds below. Although this dish can be found on other French haute cuisine menus, the execution at Le Coquin makes it all the more memorable. 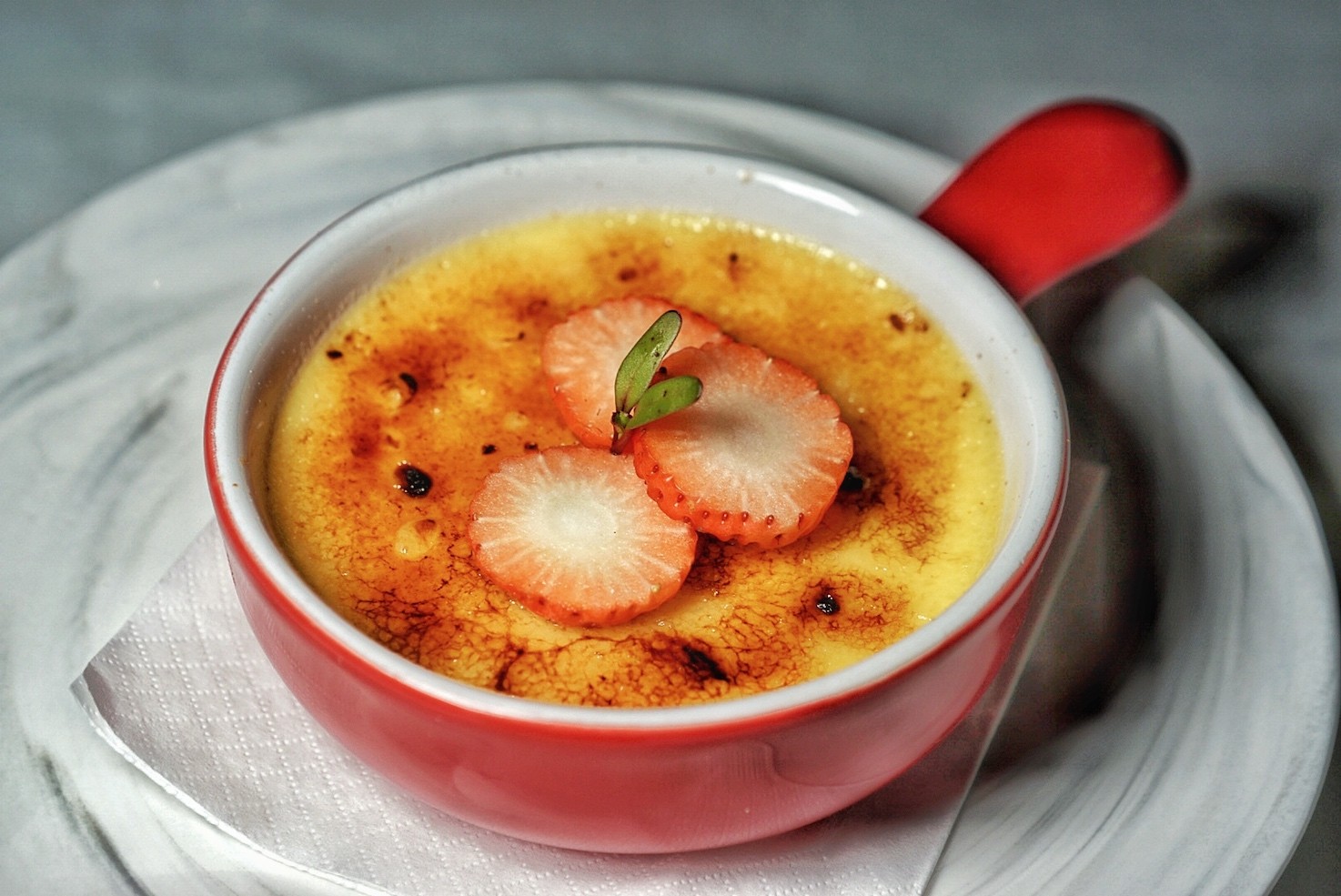 Desserts are where the French truly shine, and Le Coquin’s are no exception, from treacly Crème Brûlée (RMB68) with an ice-like sugar shell... ... to luscious Chocolate Mousse (RMB68) studded with fresh berries and a dusting of chocolate shavings... Aside from the expected French lunch and dinner fare, Le Coquin also offers weekend brunch from 11am to 3pm. There are also seasonal specials, like free flow raclette on Fridays for RMB268 per person (reservation required).

Despite the high-end menu, Le Coquin is laid back. Trading out a four-string quartet for French pop-ballads, you’ll find yourself singing along to songs you recognize, sung in the ‘language of love.’ From the modern downstairs bar to an intimate dining room to the airy terrace, comfy Le Coquin resembles the countryside French bistro you wish you could visit on your next summer vacation. See a listing for Le Coquin.