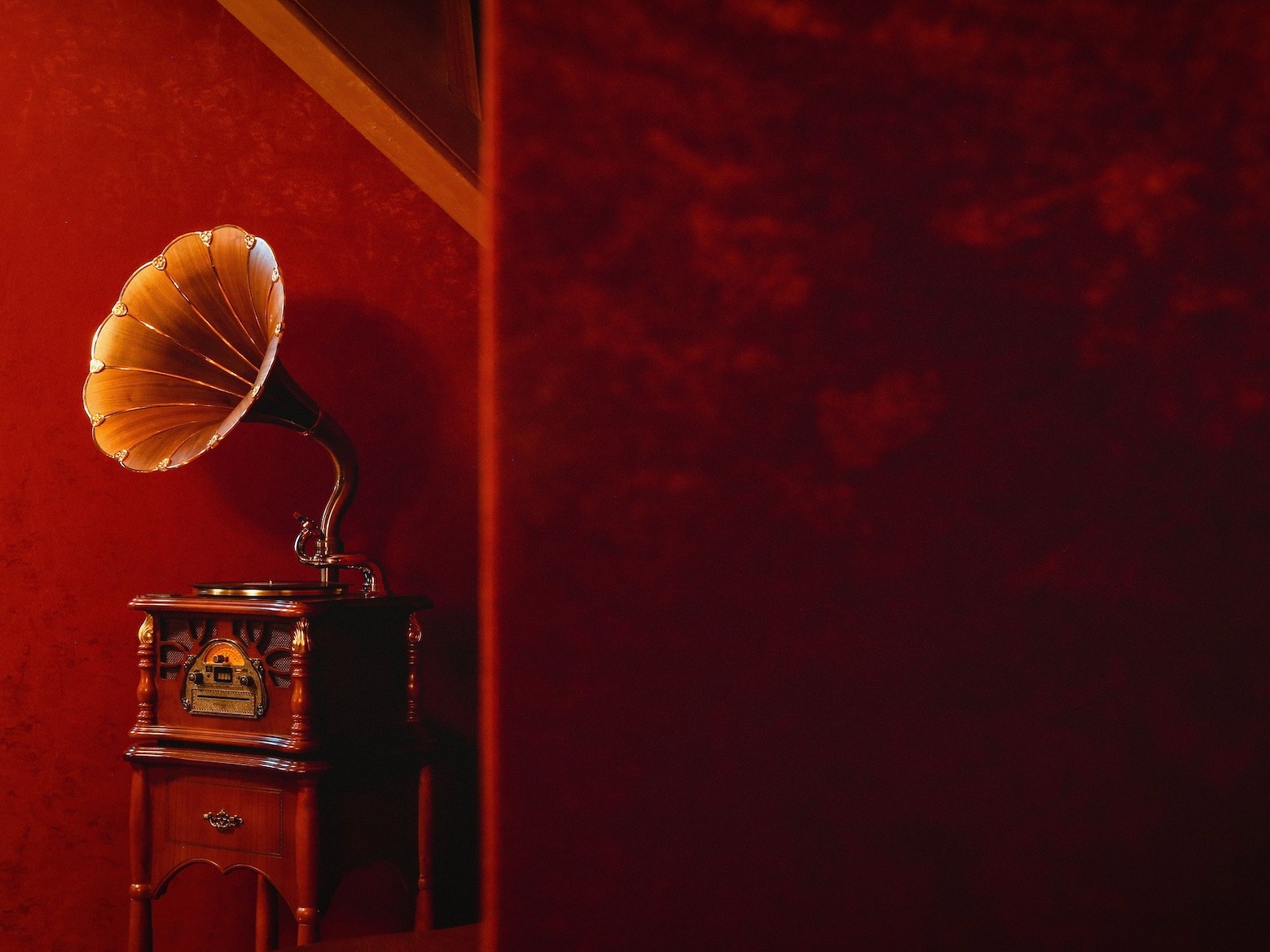 Situated in a more than hundred-year-old historic building near Sinan Mansions, at Silan you’ll find a gateway into the Paris of the East, an homage to the bygone era of pre-WWII Old Shanghai. The restaurant is split across four levels, with only private rooms – fitting parties from four to 40 people. Each individual room is named after a famous Shanghai street from the early 1900s, and outfitted with relics from a Shanghai past – with influences from both East and West – in an upscale parlor setting. Evoking a feeling of old school opulence, the restaurant represents a period of grandeur in our great city’s past that we can only now grasp at through books.

The menu focuses on Shanghainese dishes popular across the last century, all served banquet sharing style on a Lazy Susan. 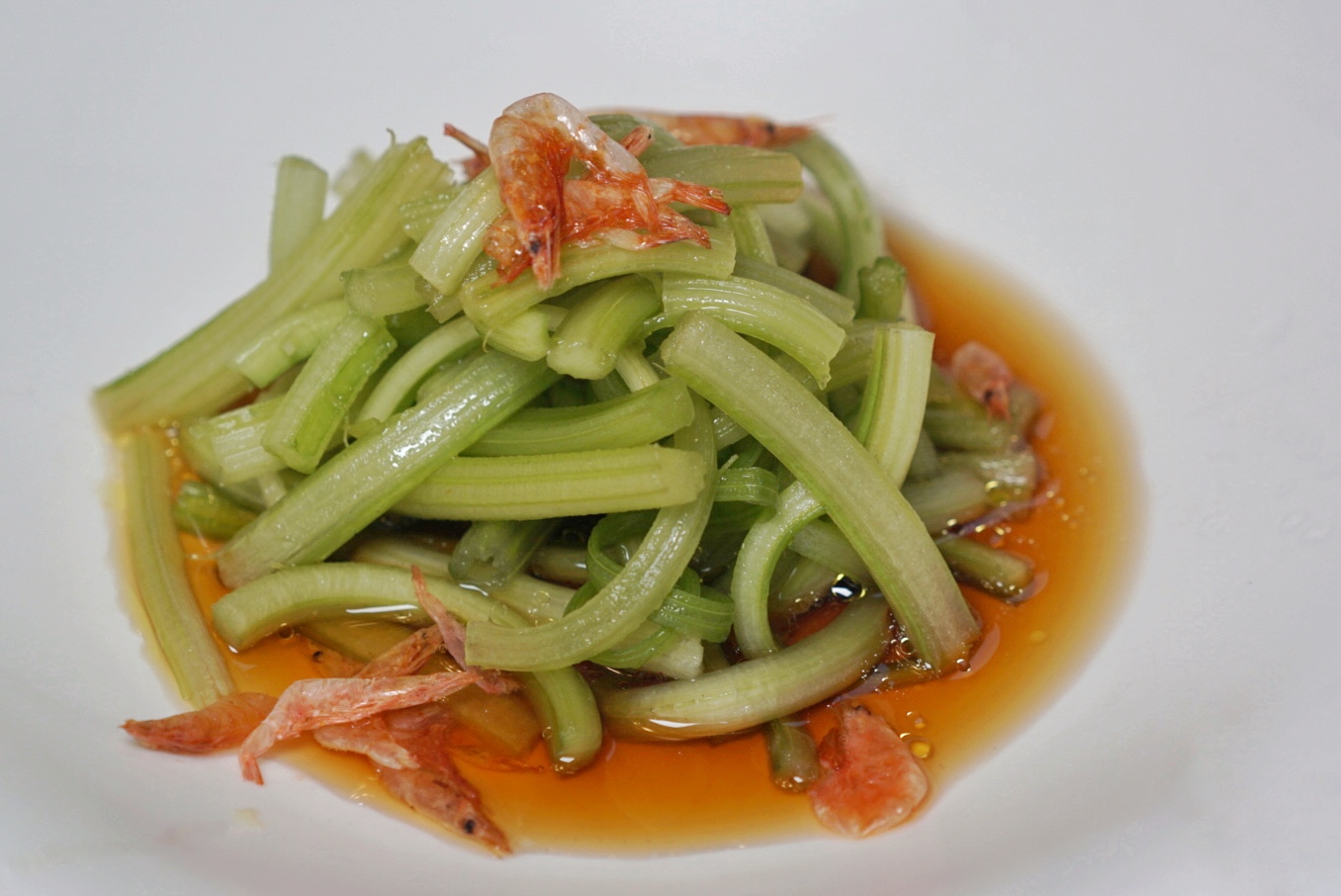 That is contrasted by the shatteringly crisp crunch of Deep Fried Eel (RMB168), sautéed in a vinegary sugar sauce and dusted with shreds of fried ginger. 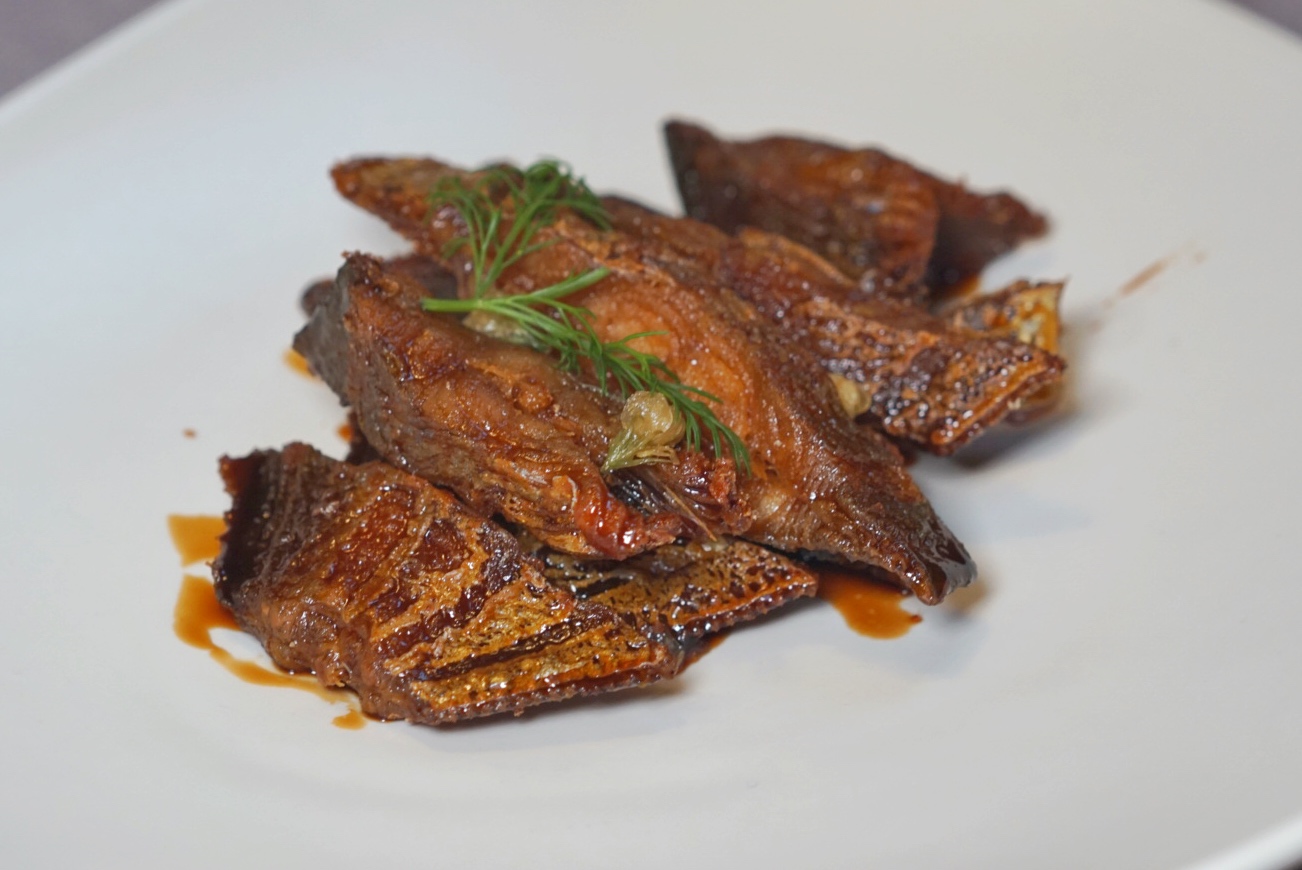 Traditional Shanghai Smoked Fish (RMB188) can be found at every canteen across the city as xunyu, yet the rendition at Silan is elevated so that each bite crackles with flavor, oozing a tart balance of aromatic vinegar, saccharine rock sugar and a lingering kick from Shaoxing wine and ginger. 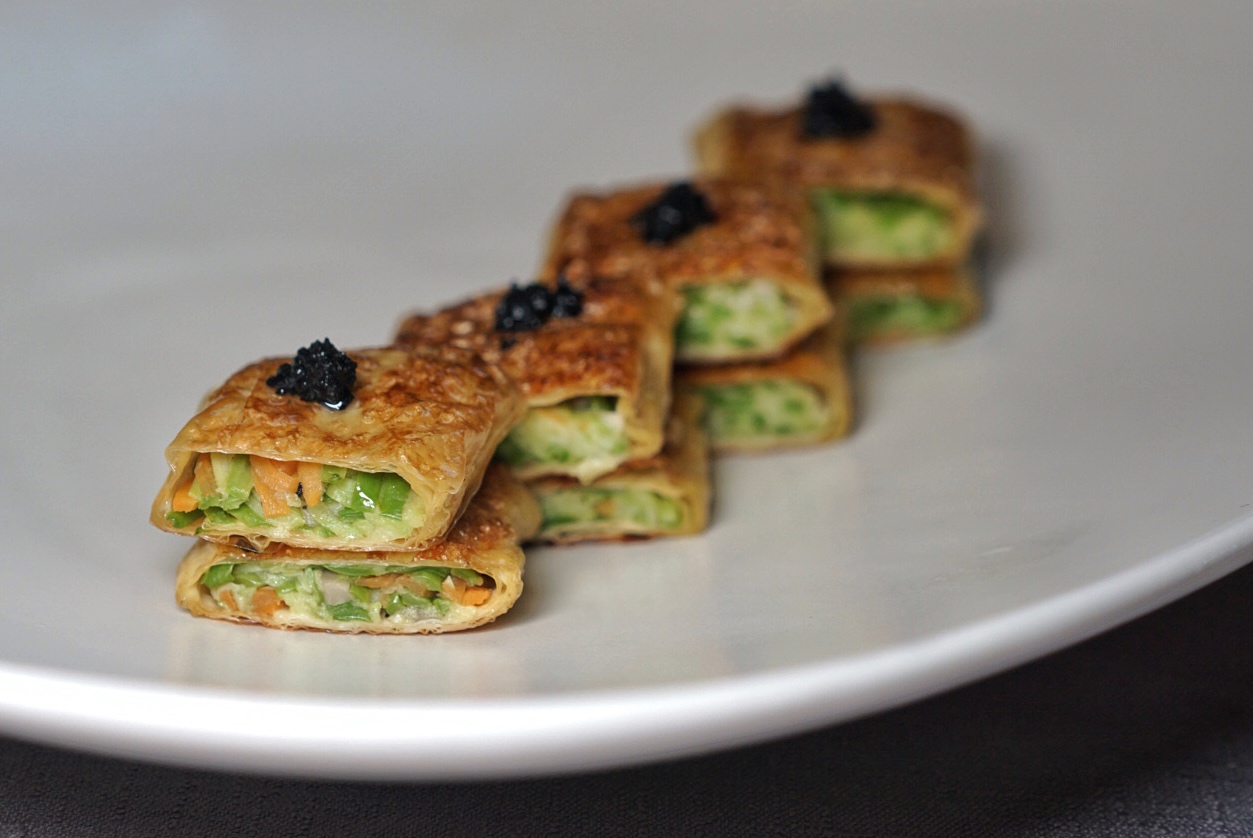 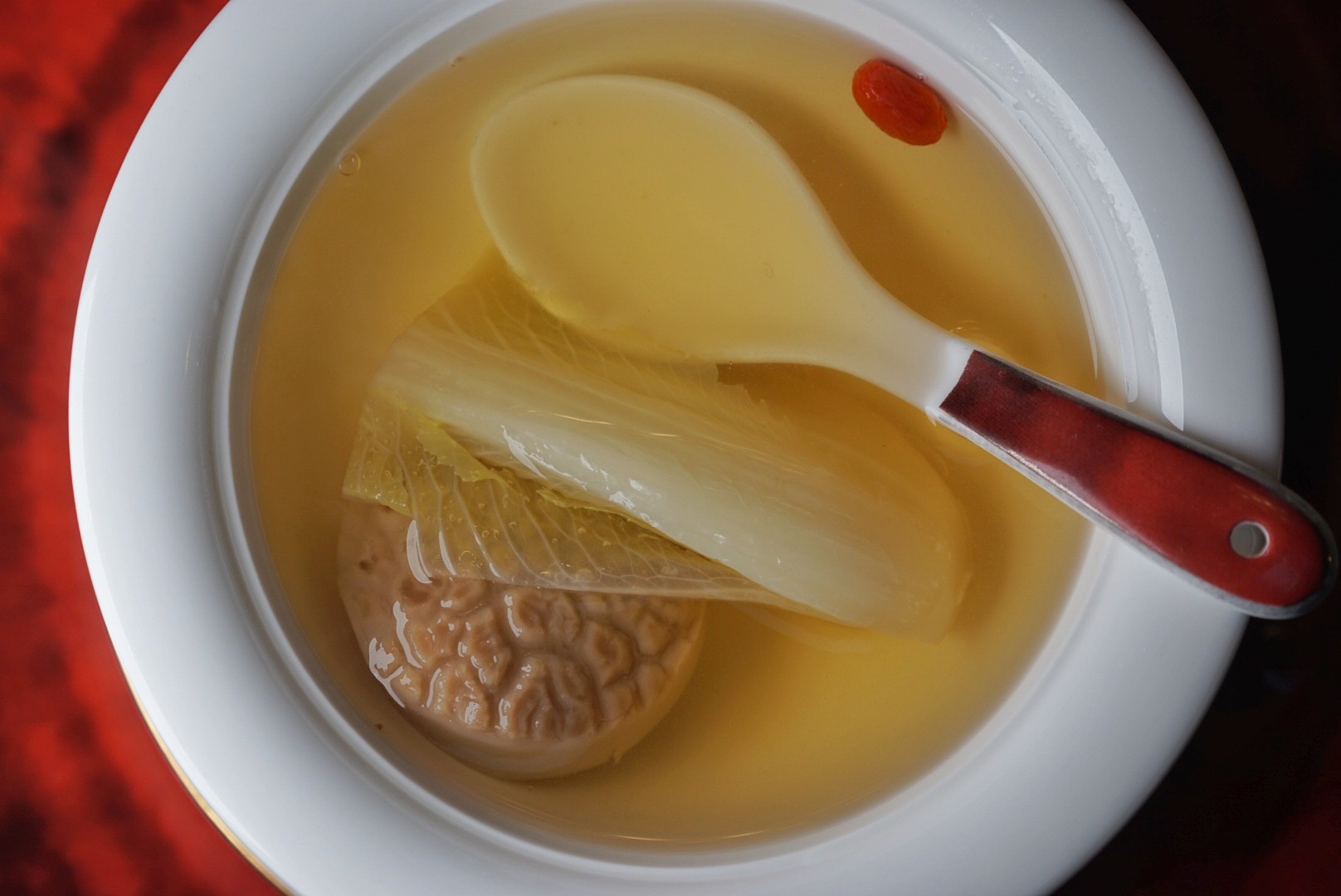 A primer for the appetite, Boiled Shitake Mushroom with Baby Cabbage Soup (RMB98) is the epitome of what Chinese cuisine aficionados describe as qingdan – delicate and light, soft in flavor, fresh, elegant. Mains dive into the lux side of things, showcasing how hosts would display wealth, treat their guests to the best and develop deeper relationships with diners. 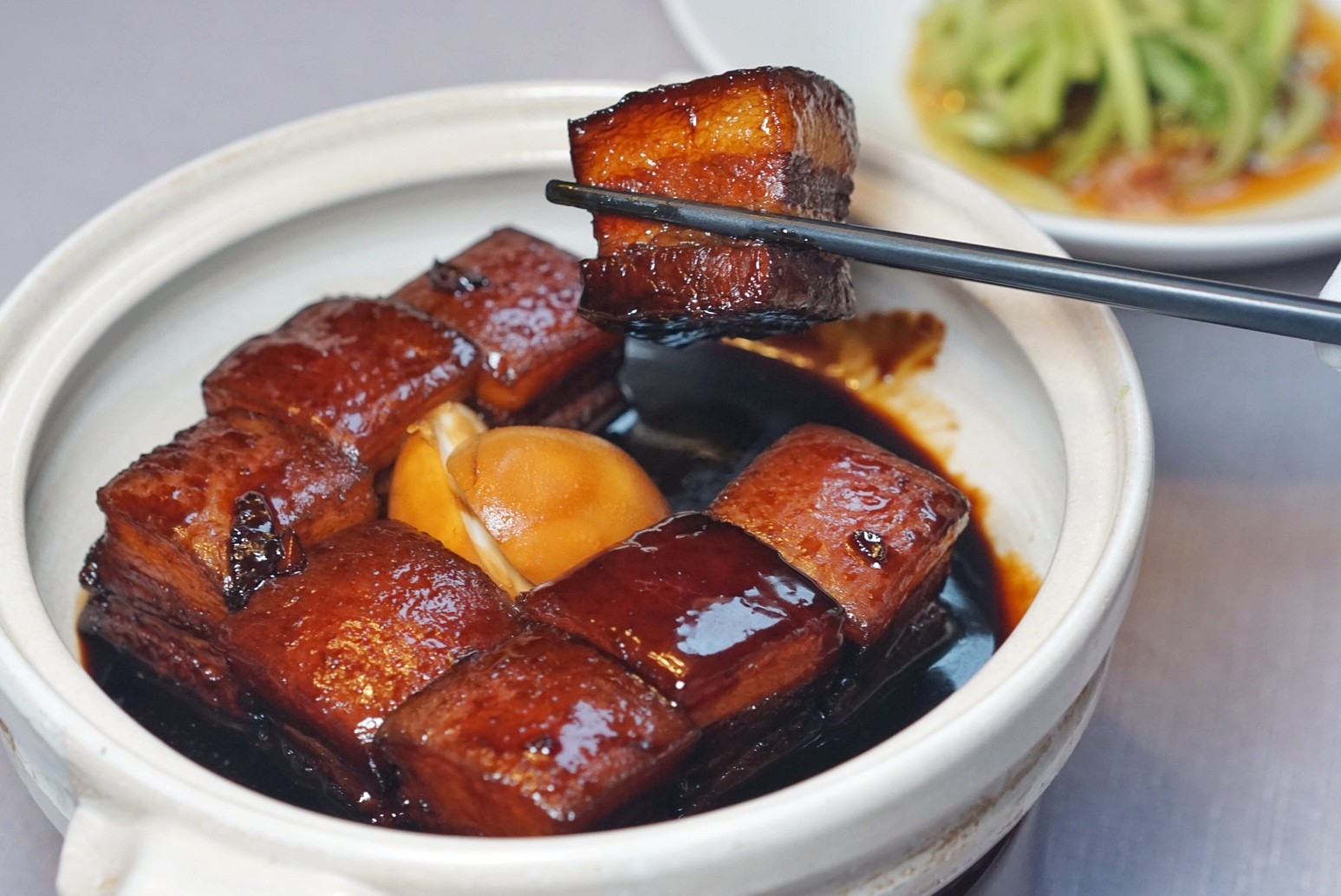 First arrives glistening chunks of Braised Pork Belly (RMB288), or hongsharou, dripping in a sticky onyx-hued sauce that is best safeguarded for the rice to come later on in the meal.

Each cube is a mosaic of succulent meat and melty fat, a morsel that confirms its right to be included in a number of different cuisines across the country. For a balance of meat to fat that skews towards the former but still packs just as much (or arguably more) flavor than the pork, the Braised Beef Short Ribs with Nuts (RMB468) sees cubes of tender meat coated in a sugary glaze, sprinkled with pistachio crumbles. 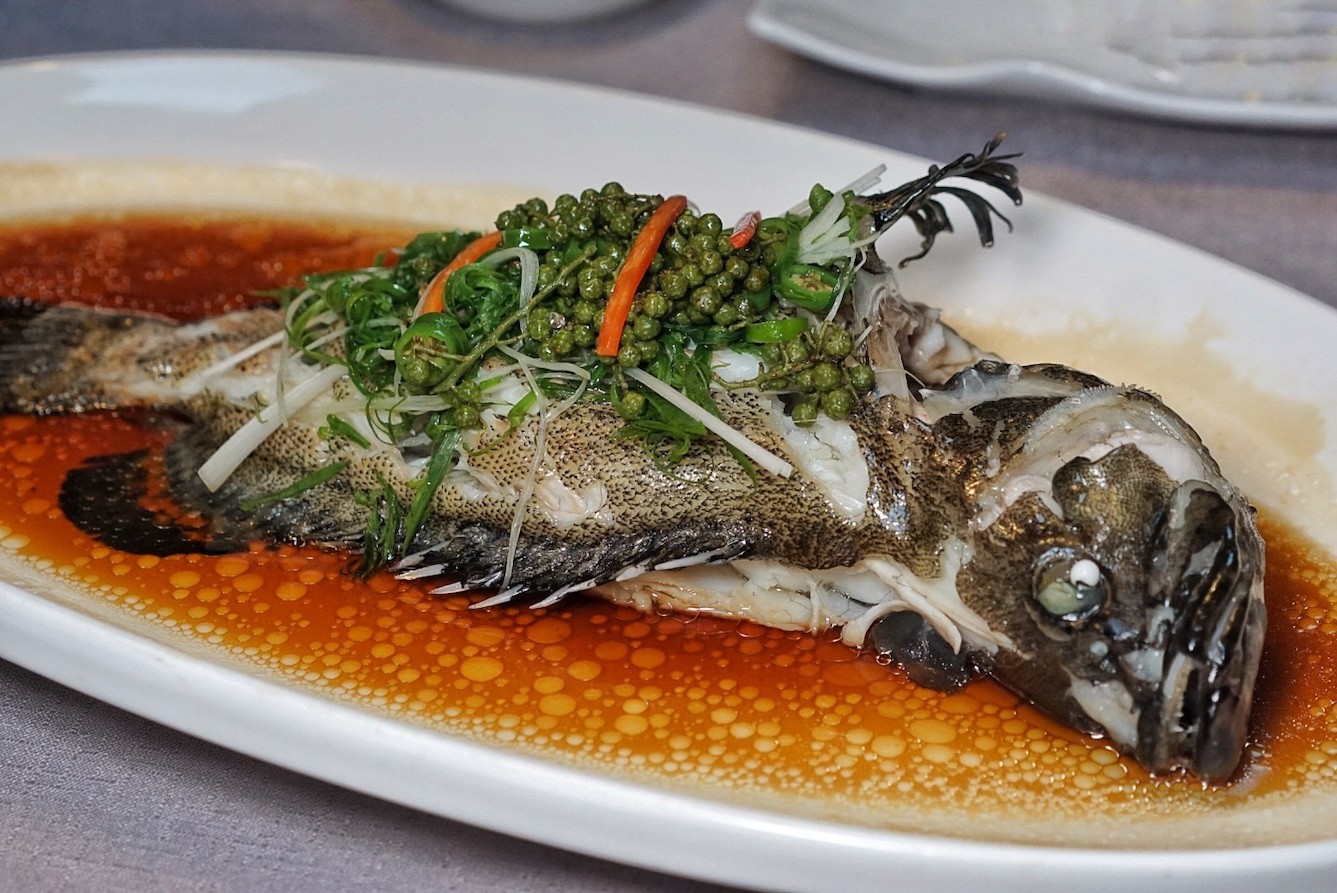 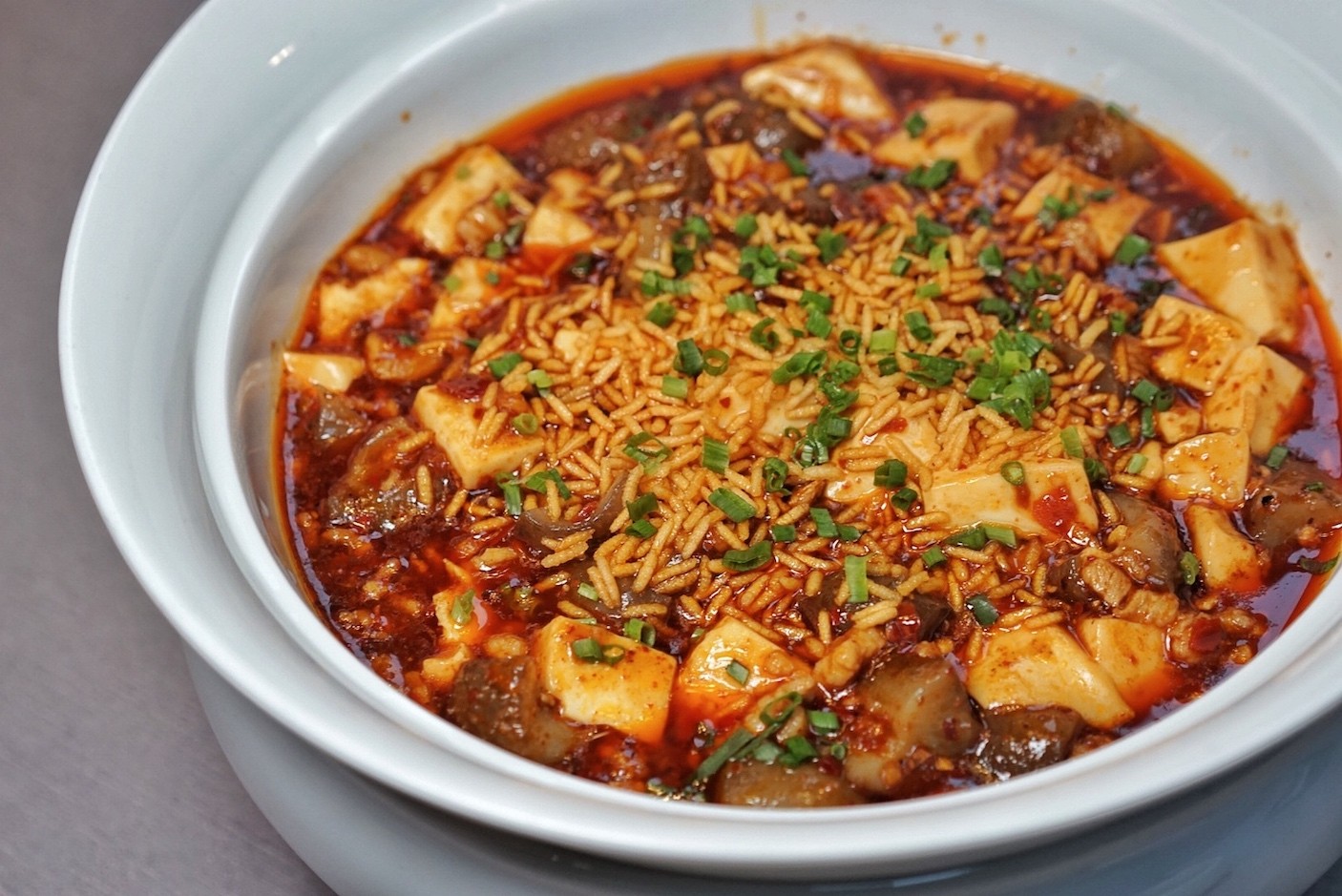 Unlike the Mapo Tofu (RMB368) dishes of Sichuan, this version comes with varying pieces of seafood, plus a topper of scattered crispy guoba rice – the scorched layer of rice grains that puff and crisp for a crunchy textural contrast to the plush pillows of tofu. 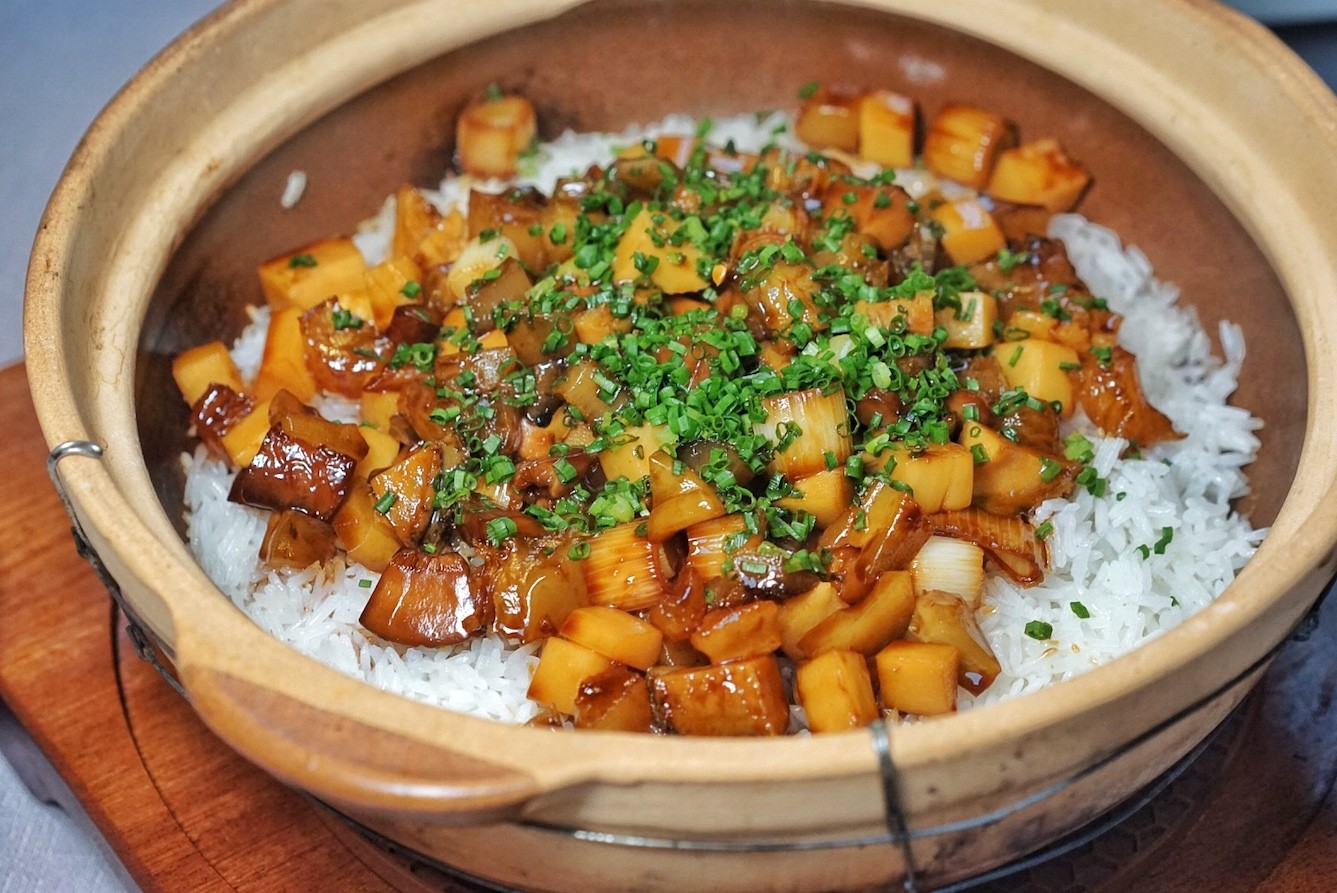 The lid of an earthenware pot is removed tableside to reveal a casserole of sorts of Simmered Rice with Fish Maw and Assorted Delicacies (RMB468).

Cubes of abalone and soft shell turtle, fleshy strips of beef tendon and fish maw – plus mushrooms – are steamed atop wuchang dami (五常大米) rice. Endemic to Dongbei, it is a coveted variety that many consider to be the highest quality in the country for its long-grain structure and harder texture, allowing each kernel to maintain its distinct shape.

As the rice steams, the flavors from the other ingredients drip down, creating a consistently flavorful and filling finish to the meal, while the outer edges of the rice crackle for a juxtaposing texture throughout. In standard China fashion, dessert options are less sweet, with soups and fruit-based selections at the forefront.

We highly recommend the Stewed Milk with Longjing Tea (RMB58), a play on shuangpinai, or double milk custard, commonly eaten in Guangdong, but made with China’s alternative to matcha: earthy Longjing tea from Hangzhou.

Want to feel like an Old Shanghai socialite being served by white-gloved waiters in rooms that make even a non-smoker crave a cigar between the lips? This is your spot. Eating here, you feel like you should be doing deals at the business factory. You feel like lunch should be accompanied by a glass of scotch. Neat. You feel like bonuses should be easy to come by... and just as easy to lose at a showgirl-filled casino.

It’s like a page right out of a Paul French book come to life. And for that, it’s worth the price tag.

See a listing for Silan.