Unconventional, modern Korean is what you’ll find at Botong Sikdang (普通食堂), an always busy BBQ joint with three locations in Shanghai – People’s Square, by Jing’an Kerry Centre and the newly opened Tianzifang location. Although the original spot opened in 2019 and the second location in mid-2020, you’d think based on the daily queue that both were as new as the third.

But, that’s how the story goes for any restaurant that’s part of the ever-popular group also behind the award-winning (and even harder to get into) Jeju Izakaya, Professor Lee and Belloco. 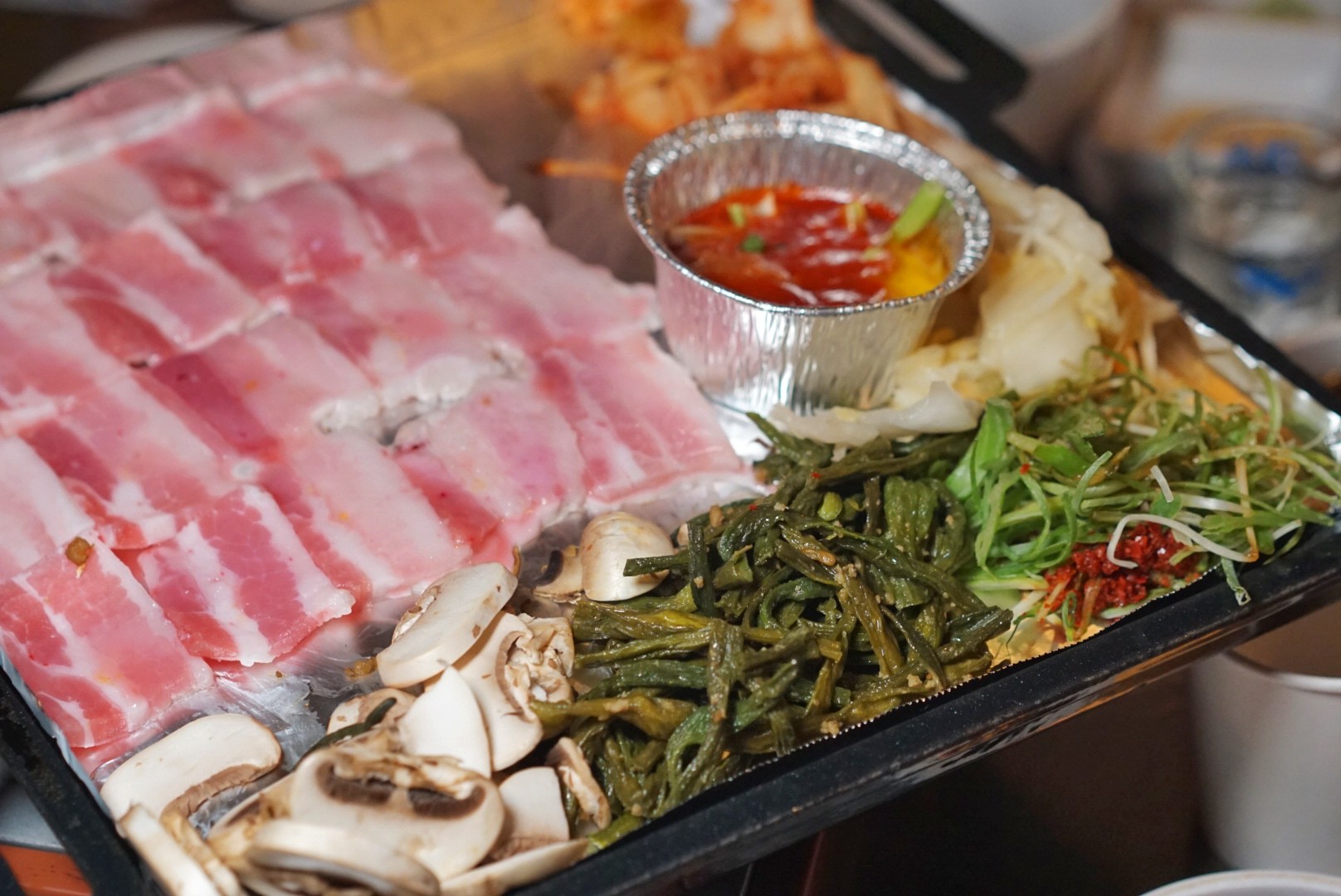 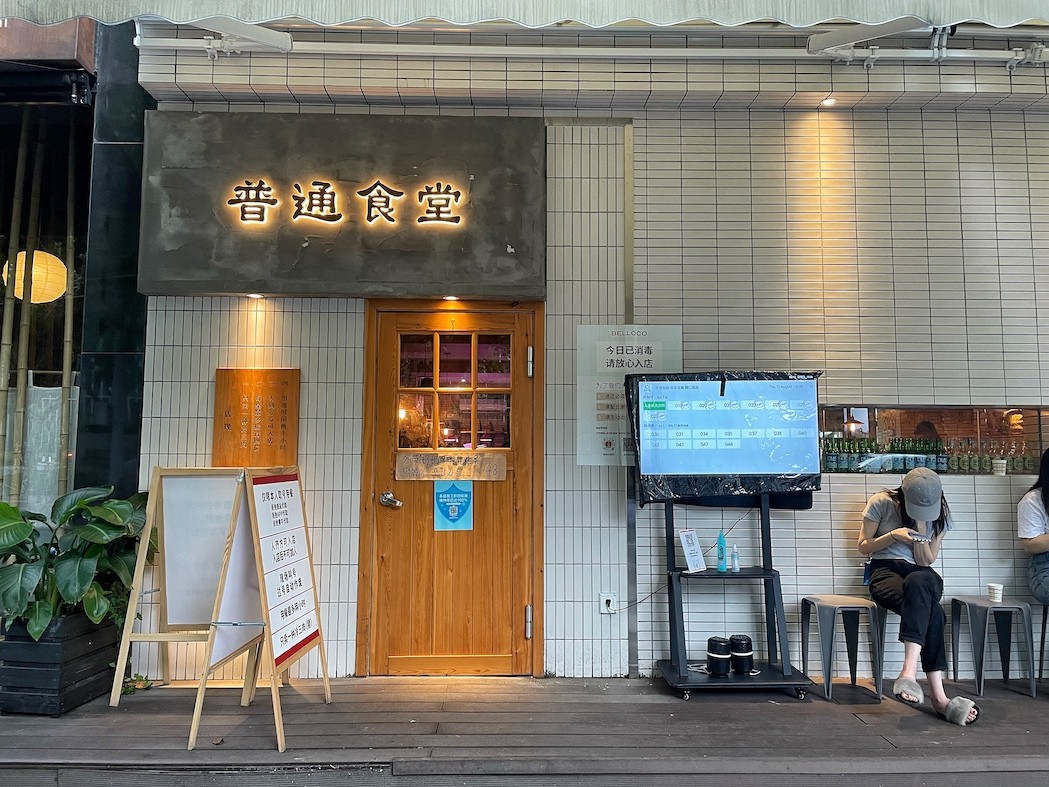 The first two locations open daily at 4.30pm, and if you plan to eat dinner at a reasonable hour, we suggest stopping by as close to that time as possible. Drop your name onto the list to reserve a table through their Mini Program, and then head somewhere nearby (like 1515 West Chophouse and Bar’s awesome new happy hour) to kill time before your table is ready. From the outside, you may not even realize the mundane, tiled white walls conceal a restaurant. Yet, once the door opens for your table number to be called, you enter into a dimly lit, slightly smoky, energized hub of controlled chaos.

Sizzling grills, bubbling soups, clinking chopsticks and servers weaving in and out of tightly packed tables dropping off another round of kimchi, a bottle of soju, an order of pork or a steaming stone pot that you just caught a whiff of, but already know you need to order. The meat is cooked on square, aluminum-foil topped table grills, along with a variety of banchan (or side dishes) like sliced mushrooms, string beans, kimchi, pickled cabbage and sprouts. 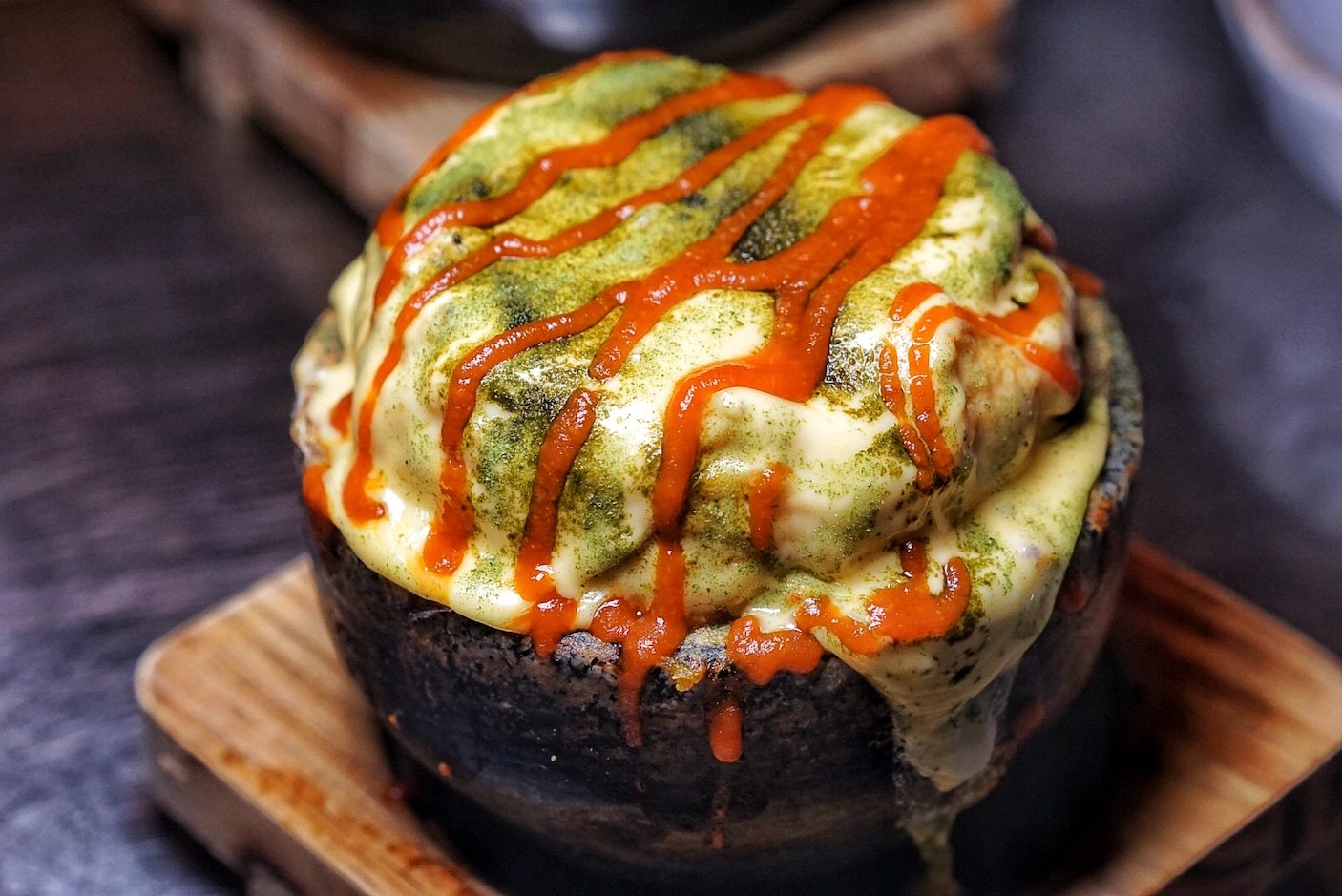 As much as Korean BBQ is all about the meat and banchan, at Botong Sikdang, the side dishes are just as standout. A fluffy whipped egg concoction is smothered in an ocean of gooey cheese as the aptly named Volcano Cheese Egg (RMB48), then dusted with gamtae, a type of kelp seaweed powder unique to Korea, and a drizzle of sriracha. 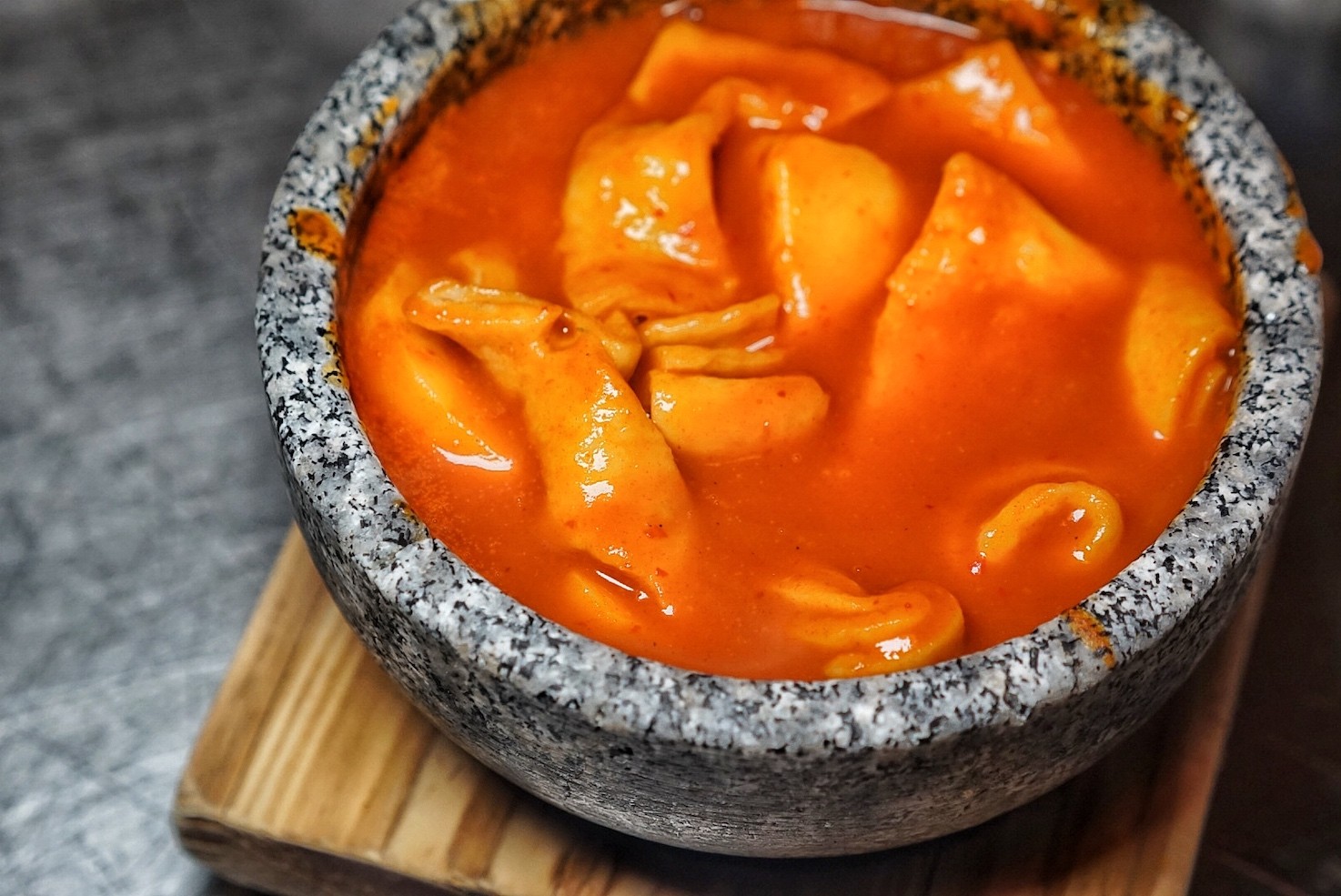 An upgraded alternative to the traditional tteokpoki, Grandma’s Spicy Tteokpoki (RMB48) is a brimming bowl of tangy gochujang soup with over 31 ingredients, served with a tubular slab of sticky rice cake and fish cakes, all clipped tableside into bite-sized slices in the bubbling broth.

To create the ideal broth worthy of the "grandma" title, the chef created over 300 iterations before settling on the one that is now served in the restaurant today. 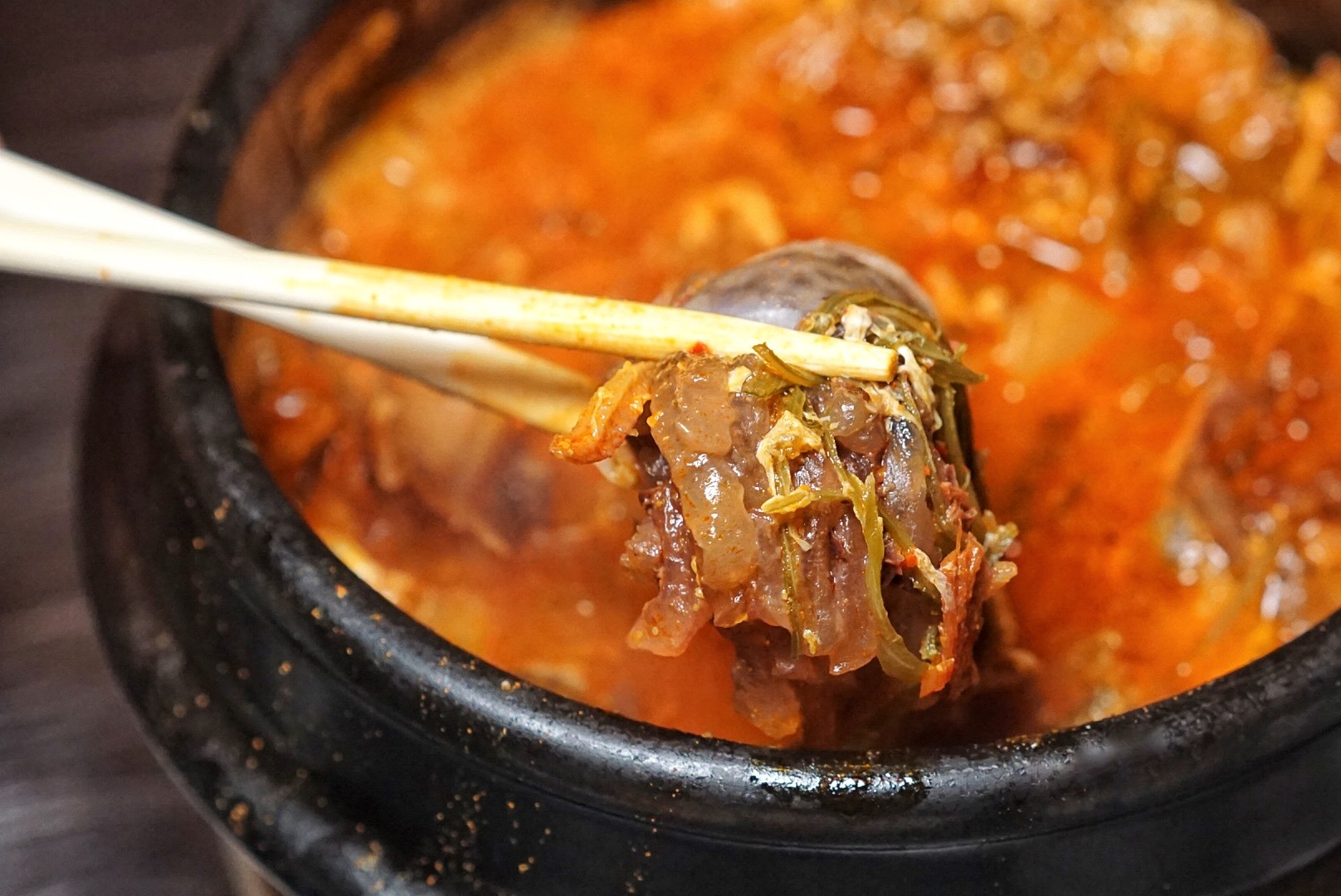 Homemade blood sausage, or sundae in Korean, is stewed in a kimchi-based broth as the Sundae Yukgae Jang Stew (RMB48) – with creamy, mineral-forward exploding sausage bits in every bite.

The broth is a 12-hour labor of love that involves slow cooking beef shank and boiling a broth with more than 38 ingredients that culminates into the most warming slurp. 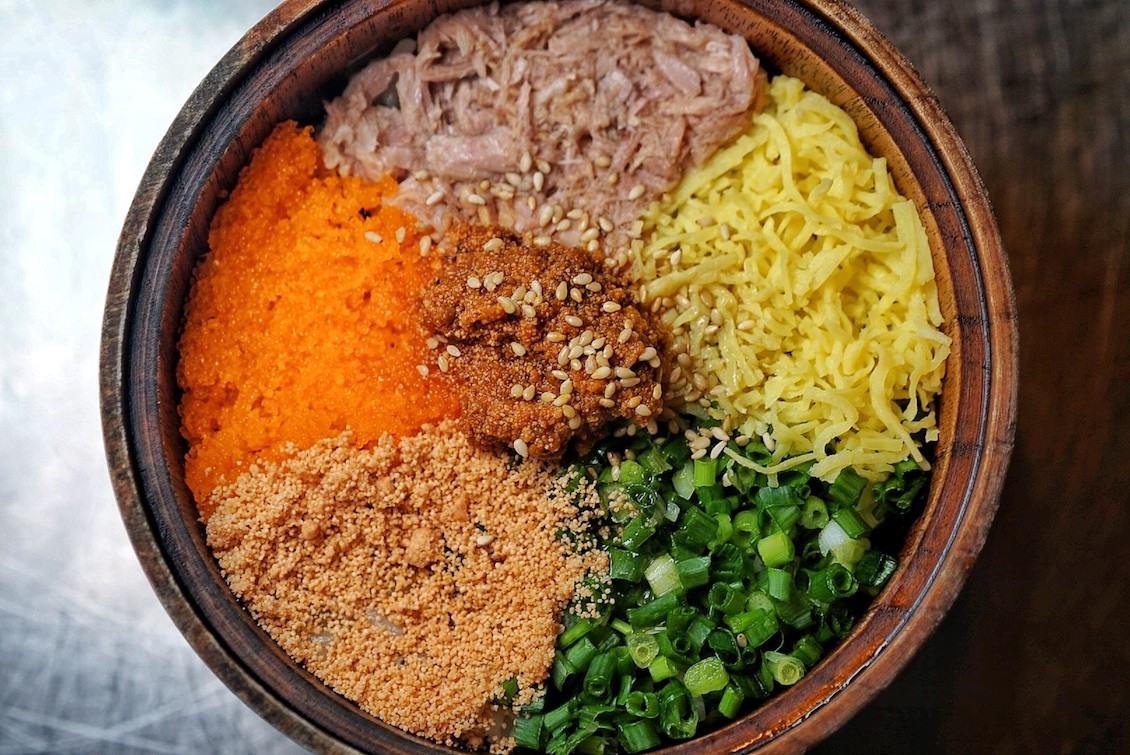 Microscopic beads of Busan Mentaiko adorn the top of the Kalimeris & Cod Roe Bibimbob (RMB48), a trifecta of roe – including the famed Deokhwa pollock and cod roe, founded by grand master Jang Seok-jun – along with tuna, dried shrimp and scallions.

Mix it all together with the sheets of seaweed served on the side for a briny rendition of one of Korea’s most popular rice dishes. It wouldn’t be part of the Belloco group without a secret menu, and the Octopus Sucker and Rice Cakes (RMB58) are only available if you know to order them. Well, now you know.

The small, circular suckers are shaved off of the octopus legs, then sautéed with diced rice cakes, red peppers and fresh chilis for an equally fiery and flavorful bite. 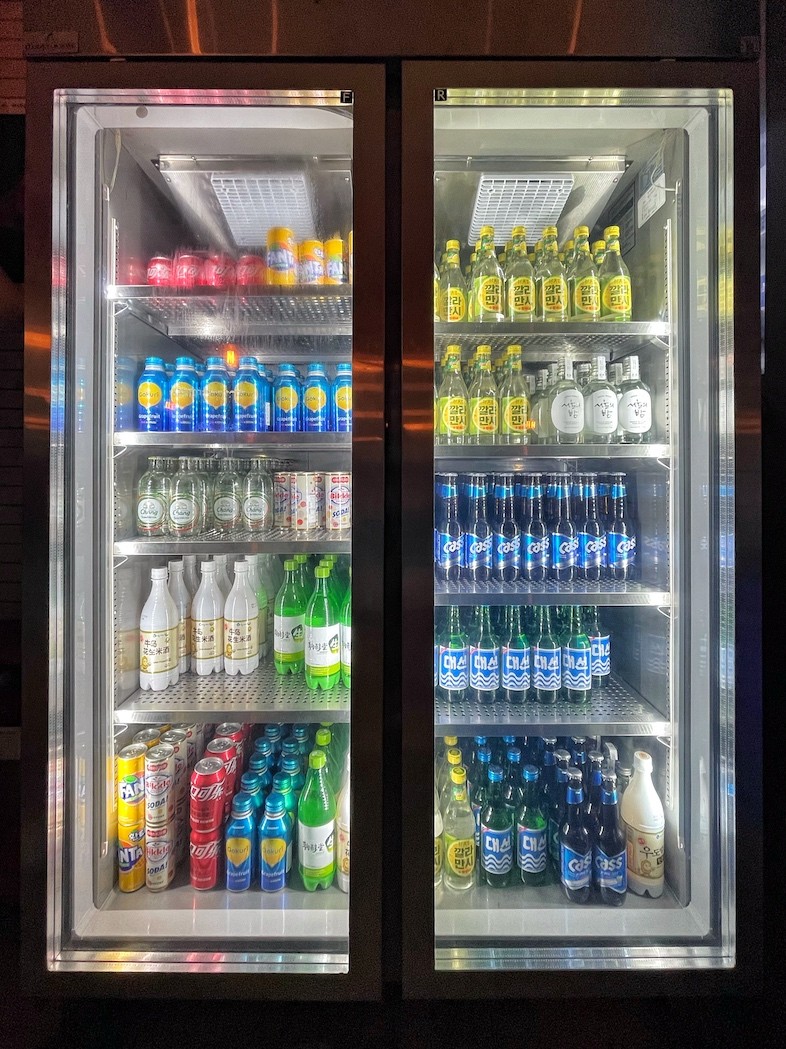 Drinks are help yourself-style from the fridge on the side, with Makgeolli (RMB48), Soju (RMB38), Cass beer (RMB28) and soda (RMB15) flowing freely. 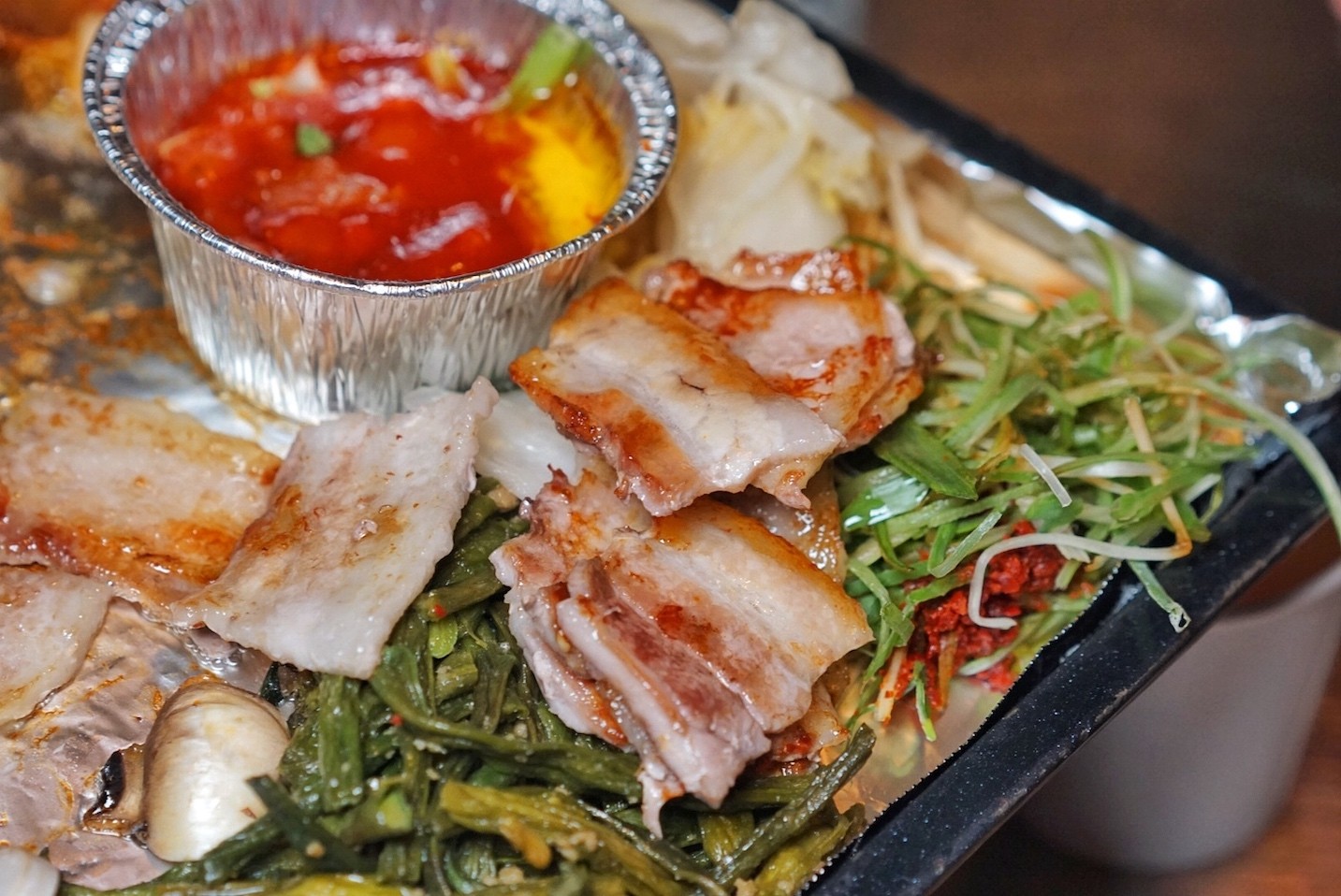 The numerous staff welcome each new guest that walks in the door; they grill the pork tableside; they open soju bottles (through a gimmicky spin and pop technique, you gotta check it out); and they offer advice on how and what to eat in which order to create unexpected flavor combinations.

The experience is just as standout as the food. 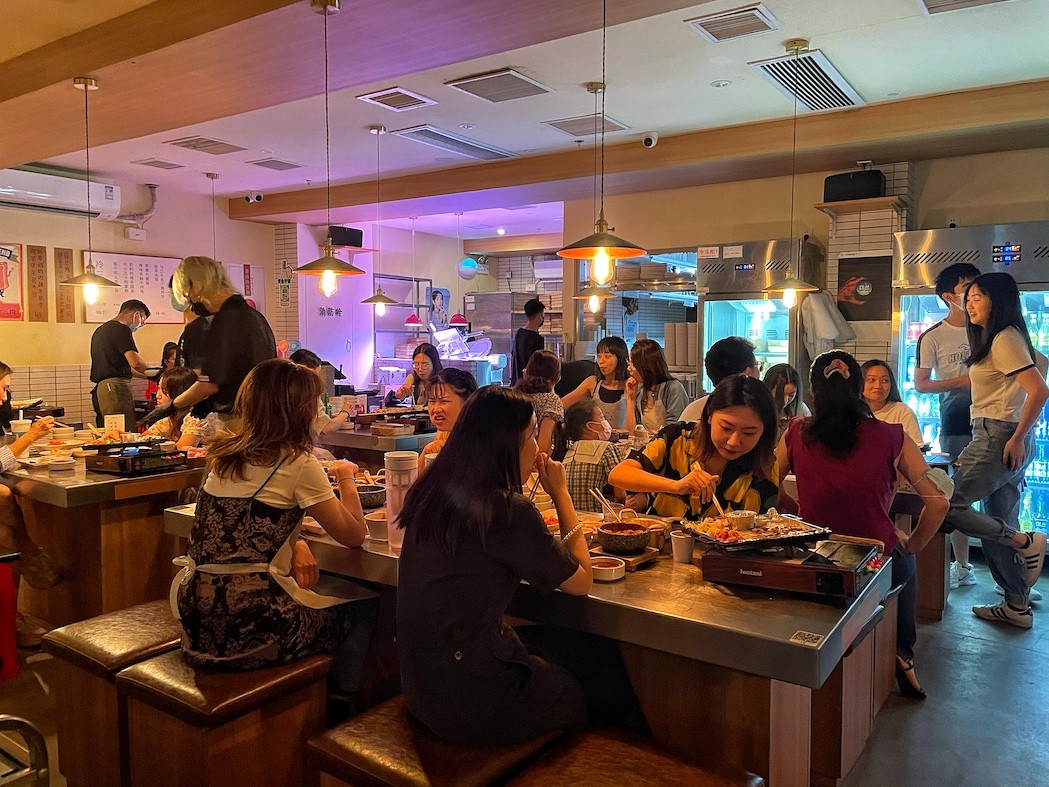 Because of this, it’s busy. Also always. Which means the queue is annoyingly unavoidable unless you prefer to eat dinner at 4.30pm or 10pm, but not in between. But, the wait makes it all the more exclusive, adding to the allure.

It’s trendy and hip, where 'all the cool kids hang out,' yet surprisingly affordable and down-to-earth.

While it’s maybe not the most authentic, it’s not trying to be – the owners are aiming to create something new out of the amalgamation of 80s Korean 'grandma's dining table,' young Shanghai, and Western culture – an equal parts yum and fun hybrid.