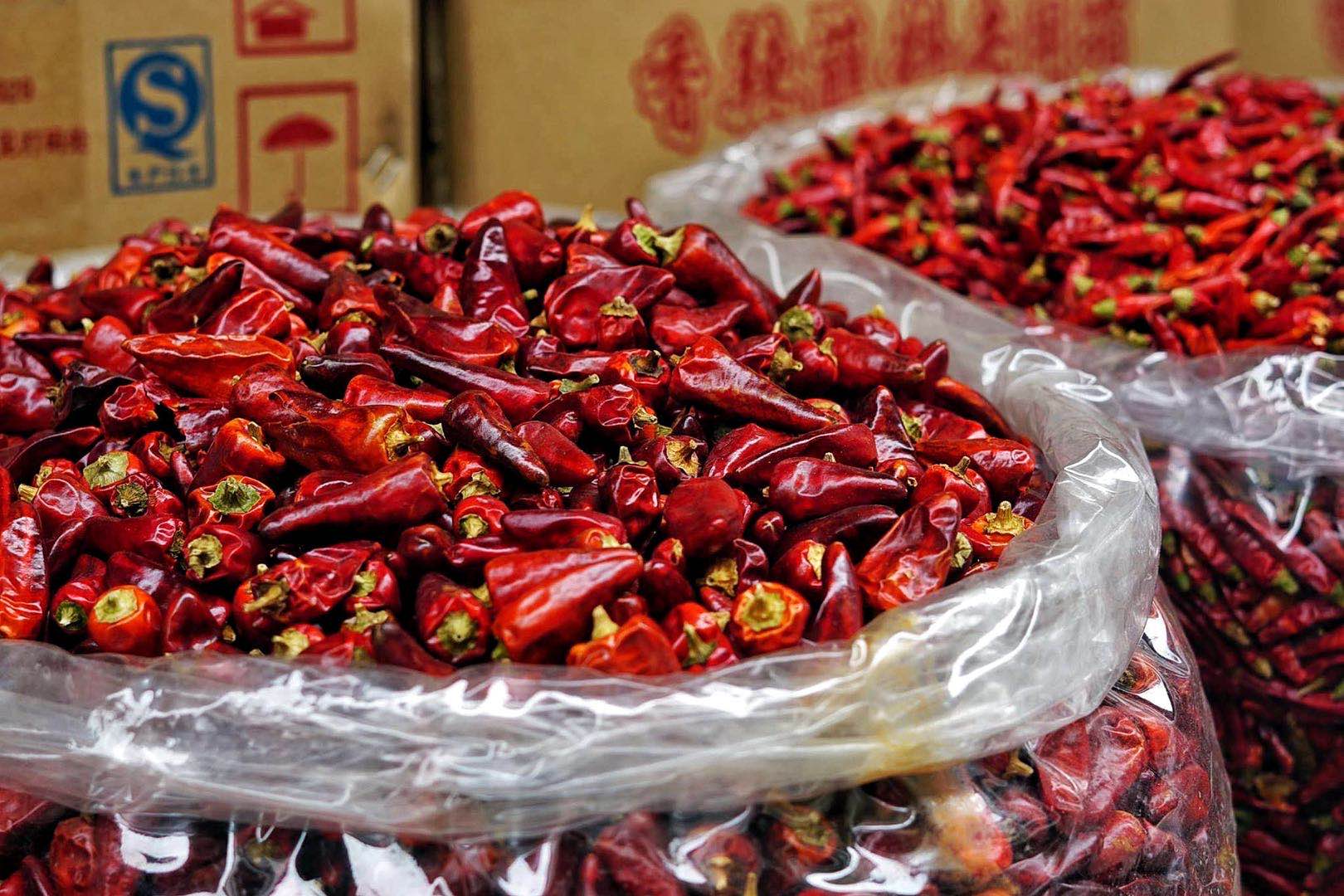 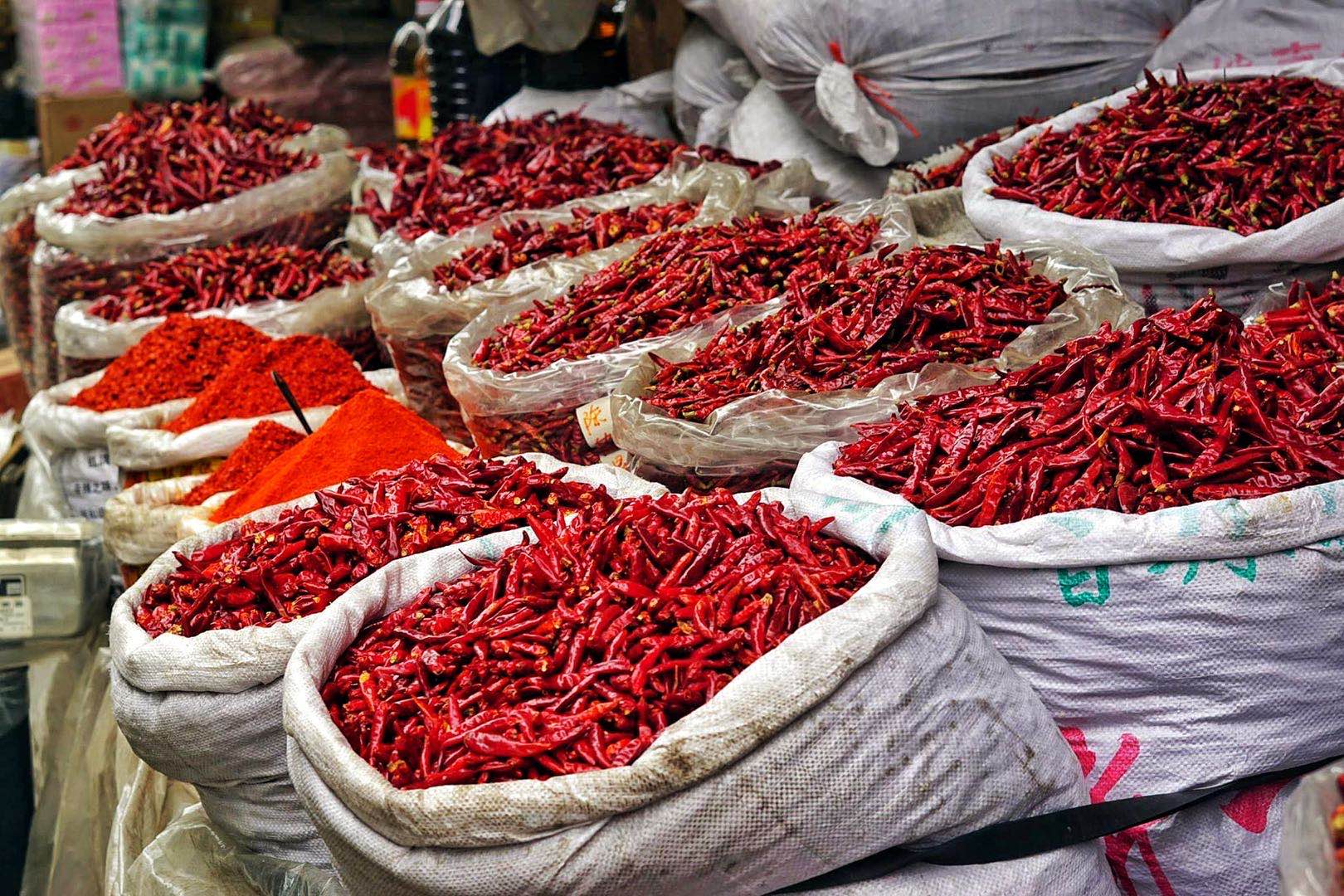 Although it looks like a standard round peppercorn, don’t mix it up with regular table salt and pepper; this spice packs a punch. That trademark mouth-numbing tingle is unlike any other.

While we are suckers for everything spicy, even we need a break from the heat sometimes, so here’s a few of our favorite non-spicy Sichuan dishes for cooling down those tingling lips. 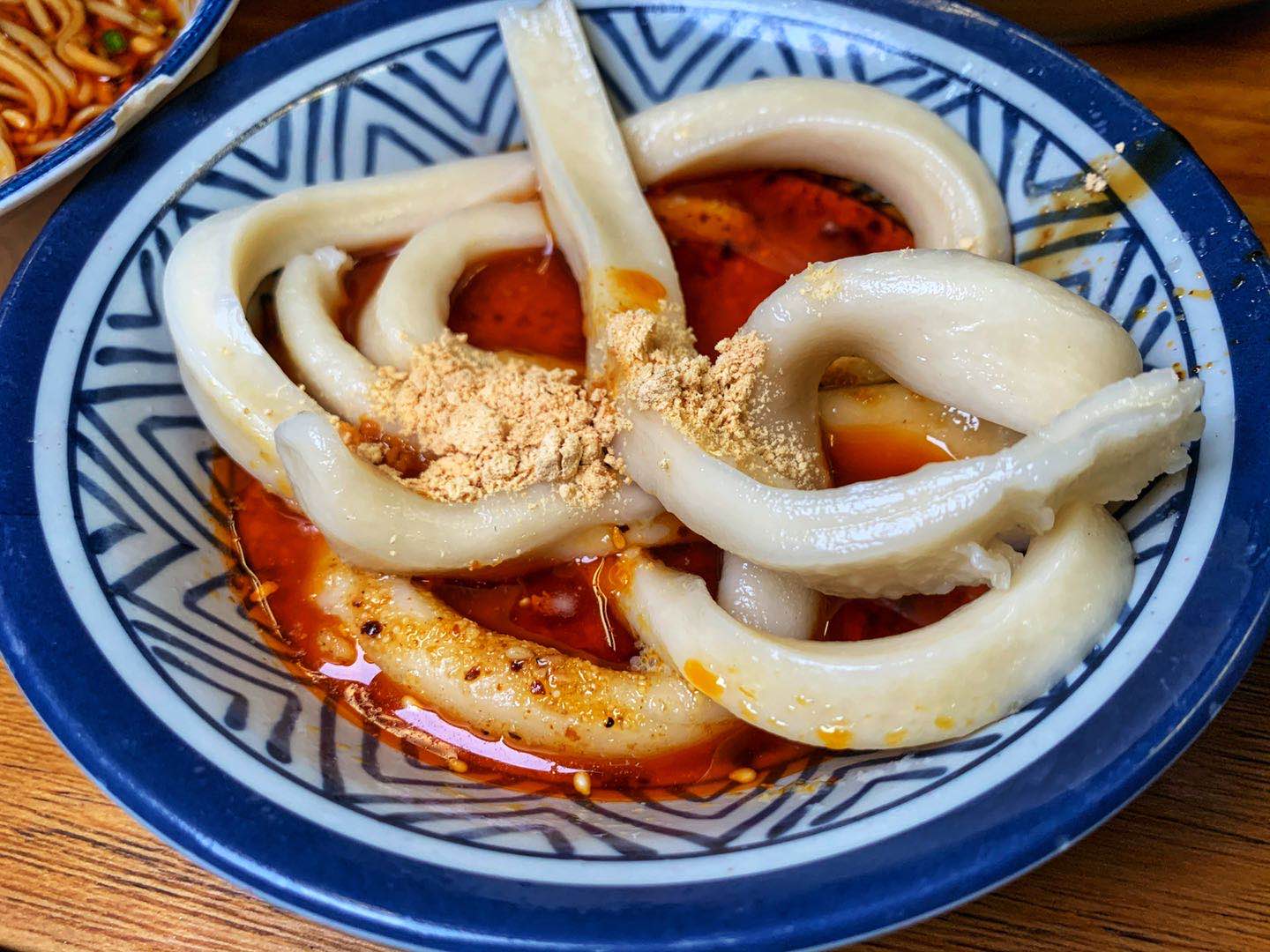 Don’t let the messy look sway you; when done right, tian shui mian can be some of our favorite noodles in China. Sweet water noodles are literally carb heaven on a plate – thick and chewy ropes are roughly cut so the shape varies with each individual noodle. After being smothered in oil, sugar crystals, soy sauce, vinegar, salt, MSG, garlic water and a thick, sweet plum sauce, each bite becomes an explosion of all the best flavor combinations at once. 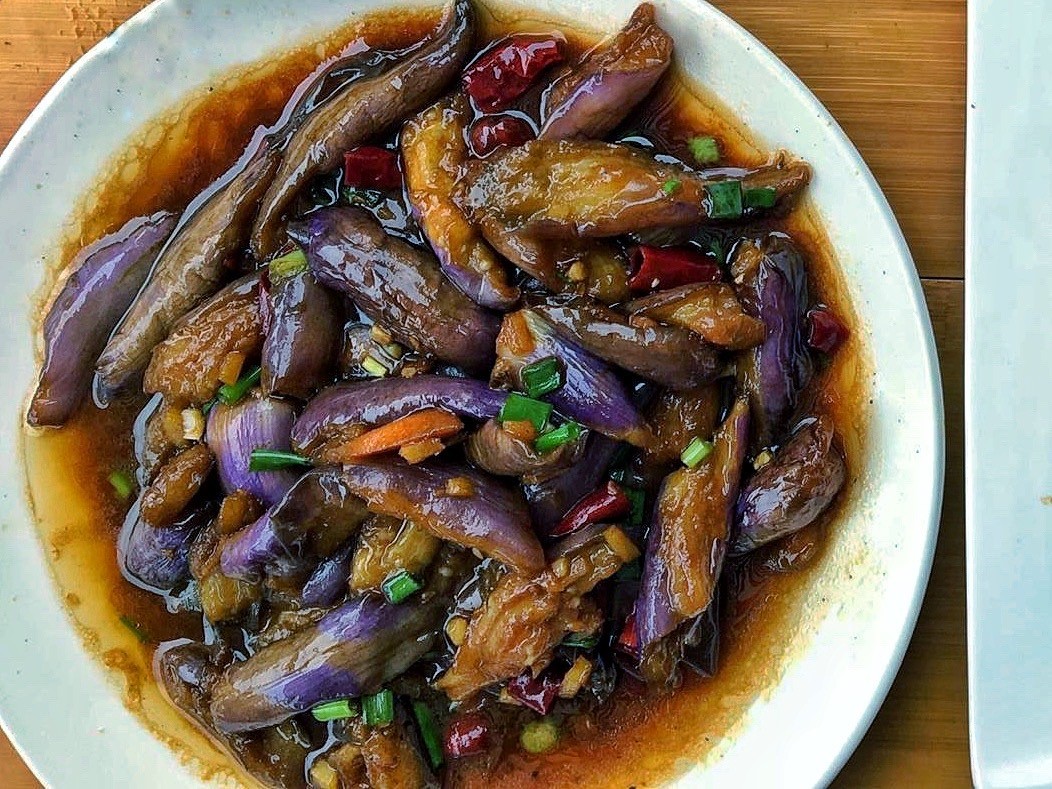 Camera flashes are preceded by shouting ‘cheese’ in the West, but the Chinese version, ‘qiezi’ makes us think of only one thing; it’s time to get some yuxiang qiezi, or Sichuan-style eggplant. Interestingly enough, yuxiang translates to ‘fish fragrance’ even though the dish includes no fish or seafood.

Rather, the ingredients used to season the eggplant are those commonly found in fish recipes of the region and include garlic, scallions, ginger, sugar and salt. While some varieties do contain spice, it’s not a necessary component, and we prefer to eat it as a flavor-packed side to balance out the lip-tingling mala in other dishes. 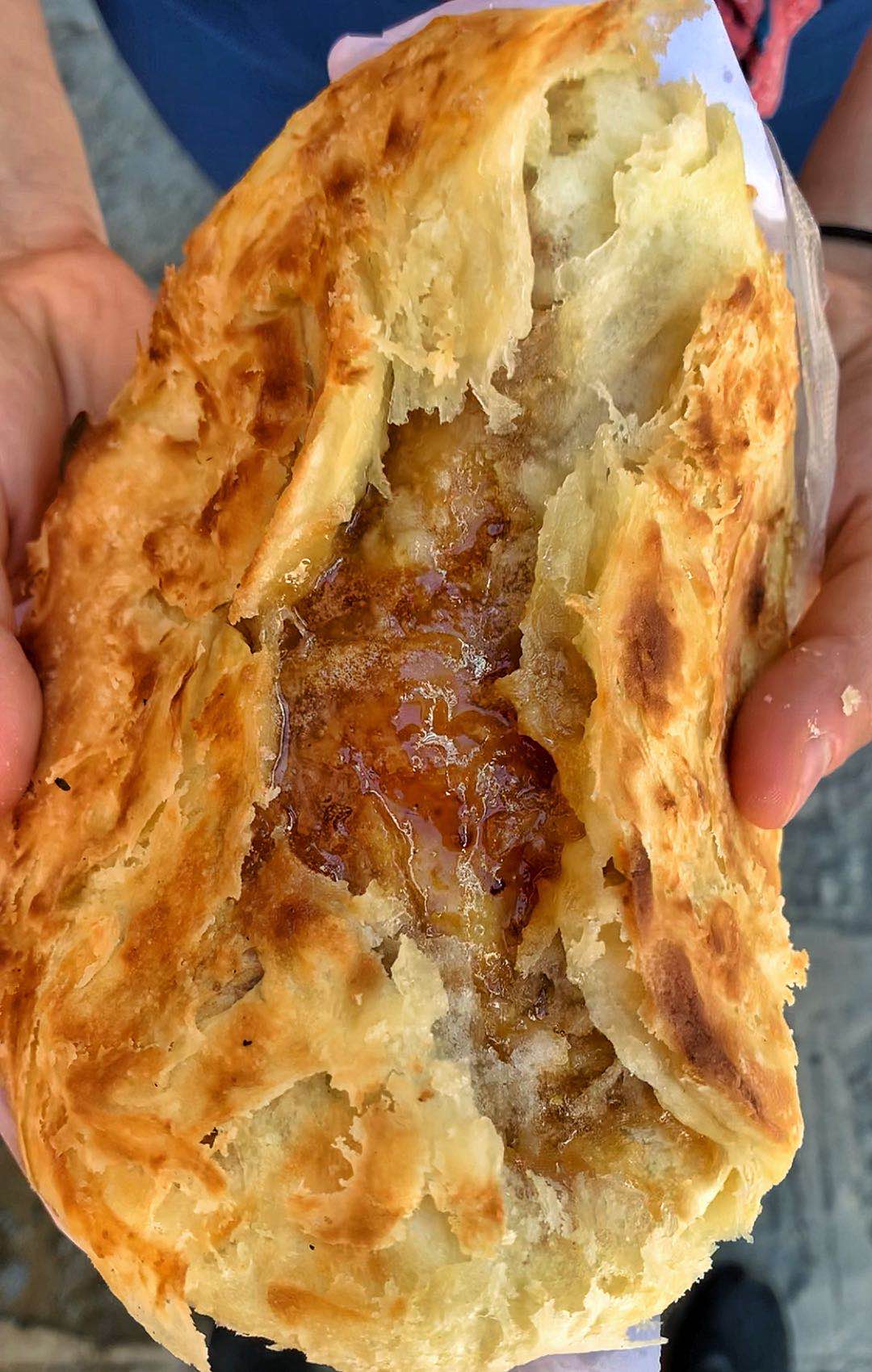 Why Shanghai has yet to get on the brown sugar bandwagon when it comes to pastries, we still don’t understand, but luckily Sichuan province has received the message loud and clear. Most desserts in Sichuan use brown sugar, rather than saccharine white sugar, for a more warming, earthy sweetness.

Hong tang bing, little baked dough balls known as brown sugar buns, are crispy on the outside, doughy on the inside and filled to the brim with ooey-gooey melted brown sugar. As the bing bakes in a clay drum oven – think those massive ovens used to make naan bread – the brown sugar liquefies into a syrup consistency. The first bite releases an avalanche of molten sugar. 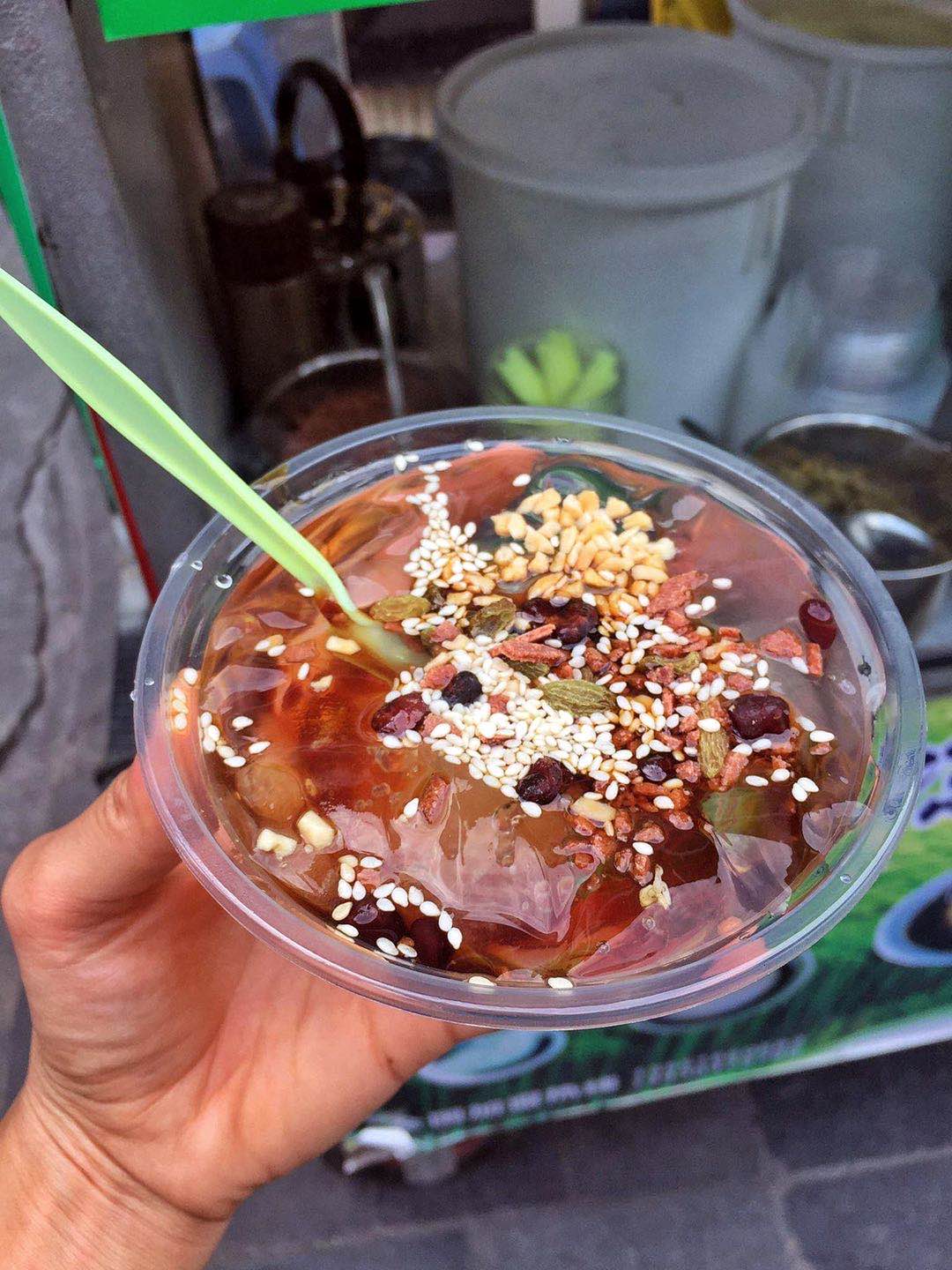 Bing fen is Sichuan’s answer to the United States’ JELLO and the UK’s jelly. It’s light, sweet and cold, everything we want after a heat wave of a meal. The ice jelly is made from rice powder, bean powder or potato starch, giving it a glutinous texture but not as sticky as mochi. The bing fen is topped with light brown sugar syrup and other garnishes like sesame seeds, peanuts, raisins and dried hawthorn for a textural contrast. 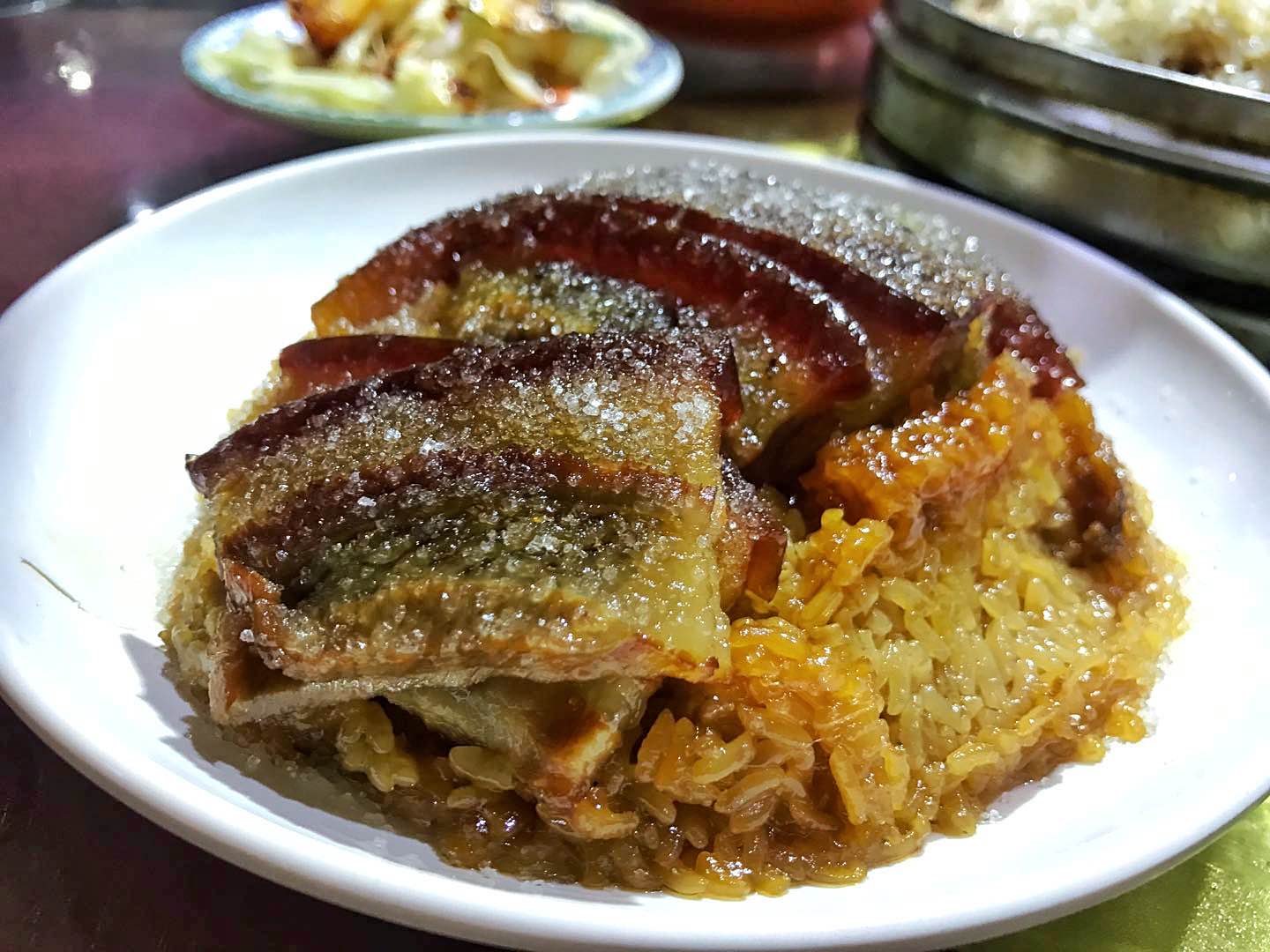 This signature Sichuan pork-based dish is soft, tender and luscious in the most sinful of ways. Thick slices of fatty pork belly cover sticky rice after being basted with cooking wine, sugar and other spices. As the dish steams, the fat melts into the rice, making each bite a sticky, sweet morsel. This is Sichuan’s dessert version of hongshaorou, and quite possibly even better. 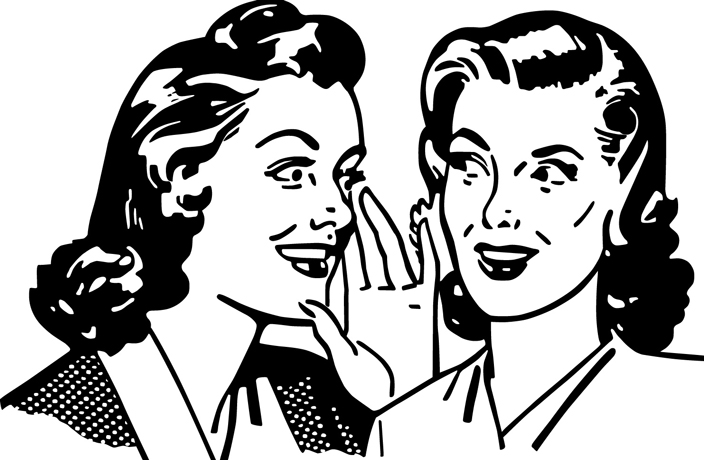 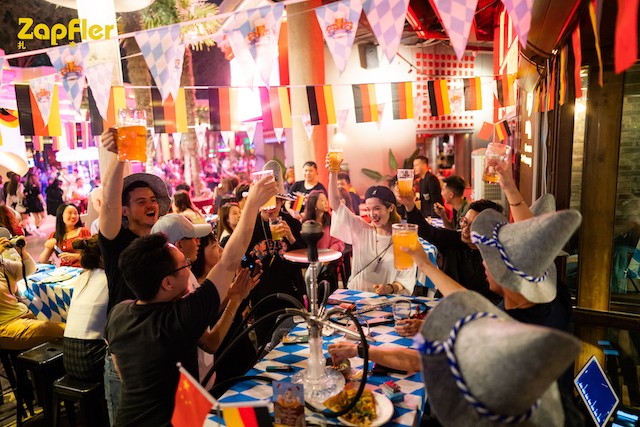 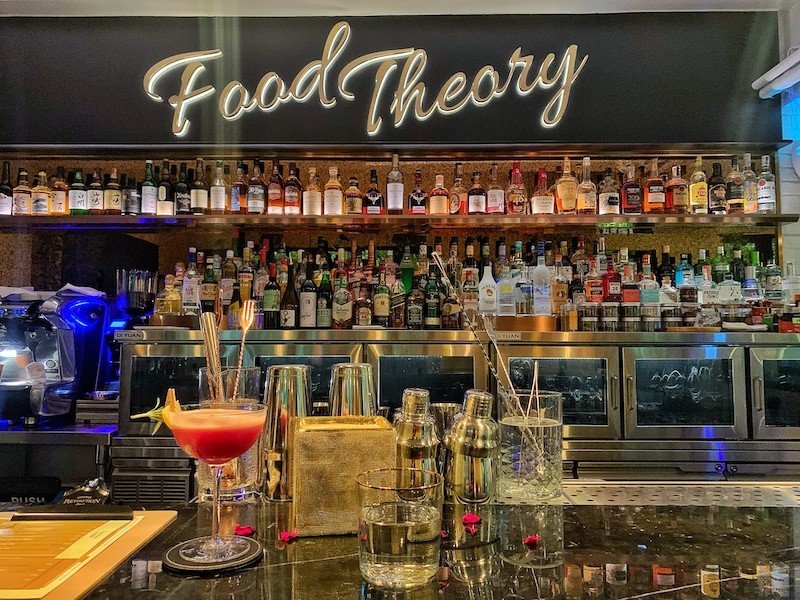