On Friday, US President Donald Trump dropped a bombshell by tweeting that both he and First Lady Melania Trump tested positive for COVID-19.

Trump, 74 years old, has been rarely seen wearing a mask during the pandemic, and at the first presidential debate openly mocked Joe Biden for often wearing masks.

The president has pushed for states to reopen in recent months despite rising cases, and has taken flak from political opponents for not doing enough to combat COVID-19.

On Chinese social media, the news has been heavily trending with nearly 500 million views and 250,000 comments on Weibo, as of press time.

Some Chinese netizens have called Trump’s positive result “a universal celebration” (普天同庆) while others have shared translations from trending topics on Twitter. 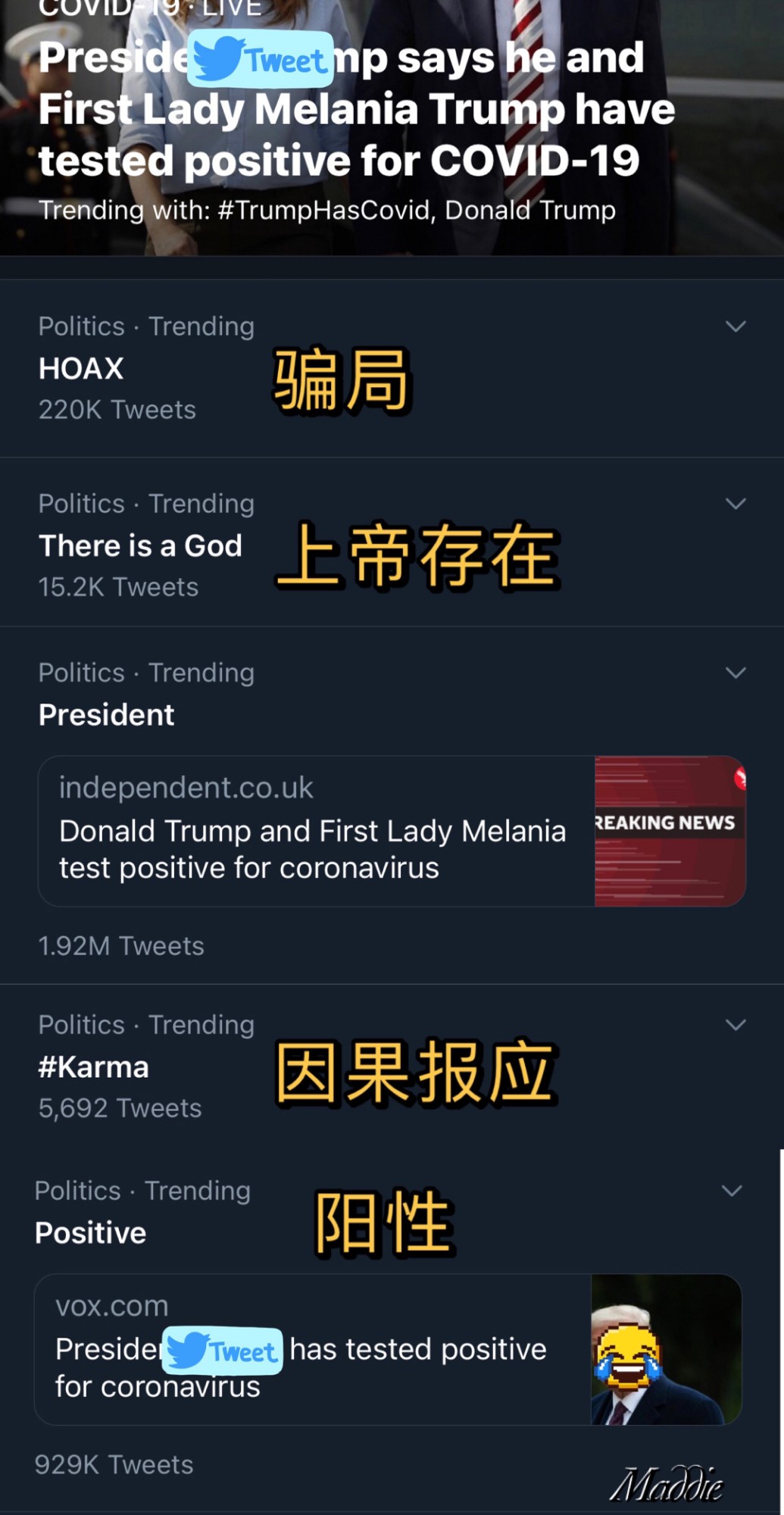 “Damn, this morning I was discussing how so many people around him have been diagnosed but he is ok… and now this,” posted one Weibo user.

Other netizens quoted previous remarks made by the president, with one netizen commenting, “Now it’s really true that no one understands coronavirus better than Trump.”

With people around China celebrating National Day holiday and Mid-Autumn Festival, Trump’s announcement has given some folks another cause for celebration. “Congratulations to Donald Trump on winning the crown! The coronavirus has found the person who knows it best. These two together are very spiritual, happy double festival to you all,” wrote a Weibo user.

Meanwhile, others predict that the positive test result could help Trump in the election. “If he is cured, it would be very helpful for him to win the sympathy vote,” posted one Weibo user.

Some have admitted that the overall reaction to the news may be a bit extreme, with one person writing: “It’s a bit like kicking someone when they’re already down, but when you don’t trust science, don’t trust people and show off in an ostentatious manner, now that you’re infected – shouldn’t you learn to behave yourself?”

As for folks on Twitter, coronavirus memes have taken over the platform. 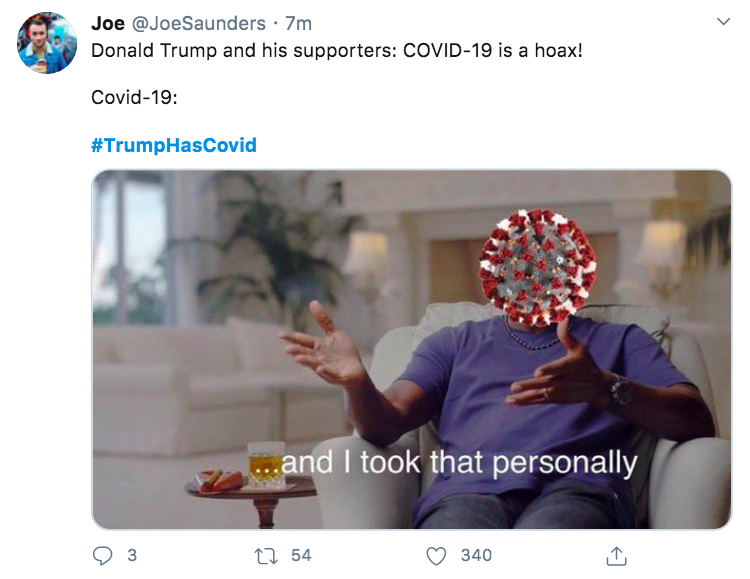 The US currently has over seven million confirmed cases, and more than 200,000 deaths related to COVID-19.