For the Record is a regular series where we ask local tastemakers about a cultural niche. This month we spoke to Magnus Renfrew and Robin Peckham, co-directors of Taipei Dangdai art fair.

As the youngest international art fair in greater China, Taipei Dangdai’s inaugural 2019 event got off to a flying start, with international media swarming to cover the island’s under-appreciated but vibrant art scene. As the fair enters its second year, they have added a new co-director in curator, writer, editor and institutional leader Robin Peckham, who will join Magnus Renfrew in leading the charge. We spoke to the pair ahead of the 2020 edition.

“Taipei Dangdai celebrates its identity as a regional fair, one dedicated to its home city. When we say regional art fair, we’re not regional in the sense of being lower-quality, but rather in being specific to our audience and to our market.

“The goal is to grow at a moderate pace and keep the fair at a comfortable scale. We’ve been doing a lot of work in getting Taiwan collectors familiar with working with galleries on the primary market, and in coaching our galleries through dealing with Taiwan collectors, who expect a high level of service and communication before, during and after an art fair or other exhibition.

“Right now is a particularly exciting moment to be looking at Taiwan given the new ways in which Beijing, Shanghai, Hong Kong and Taipei are beginning to interact as the core centers of the Chinese art world. These cities have doubled down on their own local scenes, but the major players from all of these cities are interacting more and more together.

“Taipei Dangdai is part of this commitment to the local Taiwan art scene, as well as a possibility ventured for Taipei as a hub where a new generation of Chinese collectors can meet on relatively neutral ground.

“The art scene in Taipei is very dynamic with one of the longest-standing gallery scenes, one of the most sophisticated collector-bases, one of the strongest institutional and museum scenes, incredible cultural production from its artists, a major biennale and now an international level art fair. The only thing that is really lacking is international exposure, and we hope that through the art fair we can help put the spotlight on this incredible city. 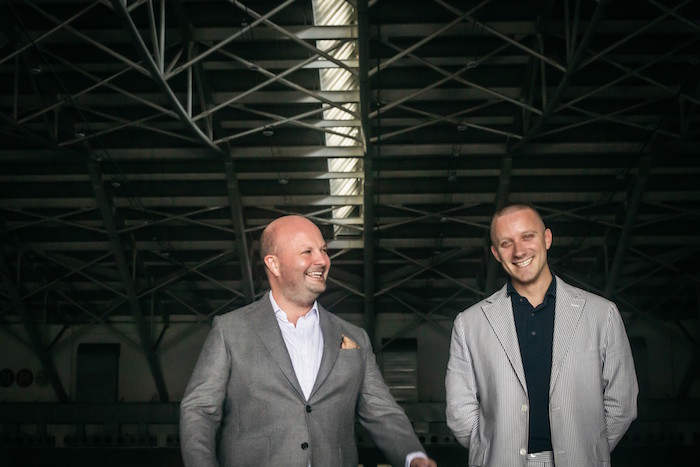 “Taipei Dangdai has also brought a bit of momentum in terms of encouraging galleries already doing really interesting things with their programs to present themselves in a highly contemporary framework. It didn’t require much of a push. While we loved the Kaws project last year, it wasn’t actually organized through Taipei Dangdai.

“That’s the beauty of a fair; it can bring about all of these alignments, intended or otherwise, that help galvanize energy around the scene and make new things happen. This year we’re making a concerted effort to focus on bringing about projects outside of the fair proper. The biggest one is the inaugural Taipei 101 commission, for which Michael Lin (an ex-Shanghailander), has worked with us to activate the 280-meter-tall digital screen punctuating the iconic Taipei skyline.

“This year we also have a strengthened exhibitor list of 99 galleries participating, of which 83 galleries have spaces in Asia, while 23 galleries have permanent spaces in Taiwan. This ratio is incredibly high for an art fair, and the fact is that all of our Taiwan galleries are with us because they deserve to be on the basis of their quality, not because of anything else. It’s a testament to the depth and breadth of Taiwan’s art scene.

“Our VIP programs, public programs and non-profit platforms for audiences of all ages are also important ways to engage and activate throughout the city. One of the non-profit initiatives is Taipei Platform, a collaborative booth activated by art and cultural institutions, independent publishers and art bookstores.

“To promote local artists to international curators, we work closely with participating galleries and nonprofit organizations, sharing local artist portfolios with visiting curators, lining up studio visits and contributing to ongoing international research around art from Taiwan. We also further encourage discourse and creative sharing and have launched an editorial platform led by a board made up of young art writers in Taiwan.

“We’re really thrilled about our installations sector this year, which encompasses the off-site installations, as well as seven large-scale or immersive works within Taipei Dangdai. We have local artists LuxuryLogico and Chen Wan-Jen, both with kinetic new media sculptures that look at technology in very different ways, plus classic Taiwan names like Ju Ming, who will remind us of the core art fair experience: queuing!”

Rhye on Their Emotive New Record and Being Vulnerable

Rhye make their China debut this month, with stops in Shanghai and Beijing.

Blossoms on Touring with Noel Gallagher and the New Record

The Stockport indie rockers make their China debut next week.

Slowdive on Their Spectacular Comeback and the New Record

We caught up with the indie rock veterans before their return to China this week.