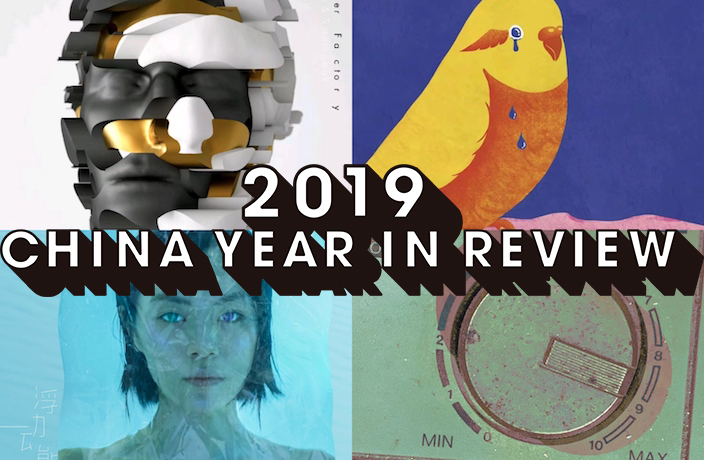 Picking a top 10 of anything is hard. 2019 has been a particularly good year for music in China, with big labels like Maybe Mars, SVBKVLT and Merrie Records giving us a diverse range of excellent records to wrap our ears around. On the other hand, smaller, localized labels like FunctionLab, Eating Music and Qiii Snacks Records have also published records that have been on repeat on our Xiami, Netease and QQ Music. In no particular order, these are 10 of our favorite records from 2019. 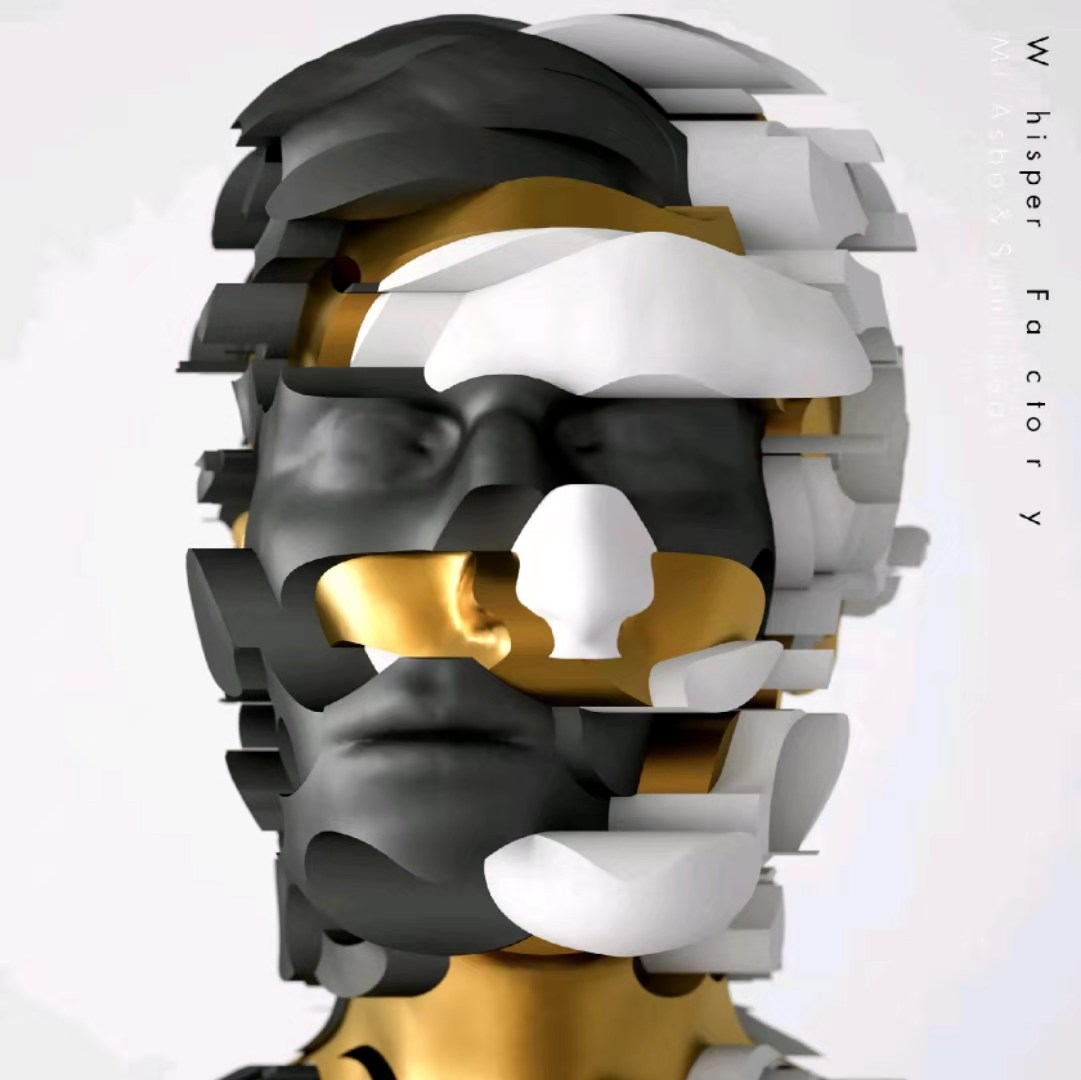 This record went largely under the radar upon its release via Cao Tai Records earlier this year. We’re not really sure why, as the combination of sultry, secretive singer Mr. asbo and free-thinking, highly diverse producer Soulspeak is an automatic winner. ‘Chocolate Lullaby,’ for example, uses plodding, thick strings and Serge Gainsbourg-reminiscent vocals to create a sound that is drenched with imagery and meaning. With the aim of the album to keep listeners on their toes as the pair construct and deconstruct the world of the record, there’s so much to hang on to and be led by here. A fantastic example of excellent beatmaking and collaboration between a pair who have been working and clicking for five years. 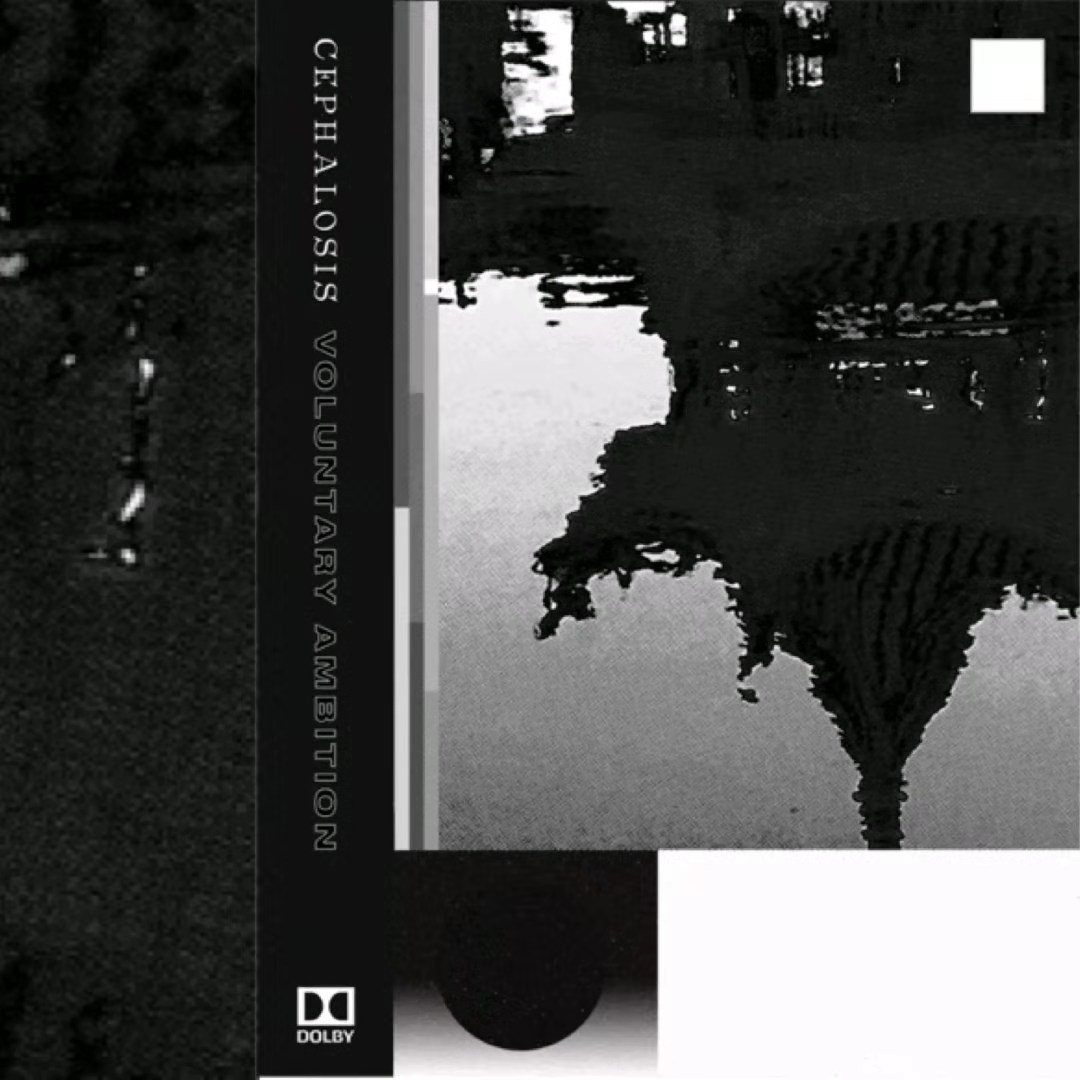 Released right at the beginning of 2019, Cephalosis’ debut on Ruby Eye Records was the beginning of another very good year for Ruby Eye Records, with releases from Last Goodbye, Deep Water, Yang Ji and Rubur, as well as singles from Berlin Psycho Nurses and Goodbye Honey Boy. Notice the diversity of sound packed in there. Cephalosis, a duo from Kunming in Yunnan, bring together industrial and metallic sounds and demonstrate in increasingly off-kilter ways how found sound, their signature coldwave, ice cold rhythms and gloomy gothic vocals can be repackaged into something devilishly addictive and easy on the ears. 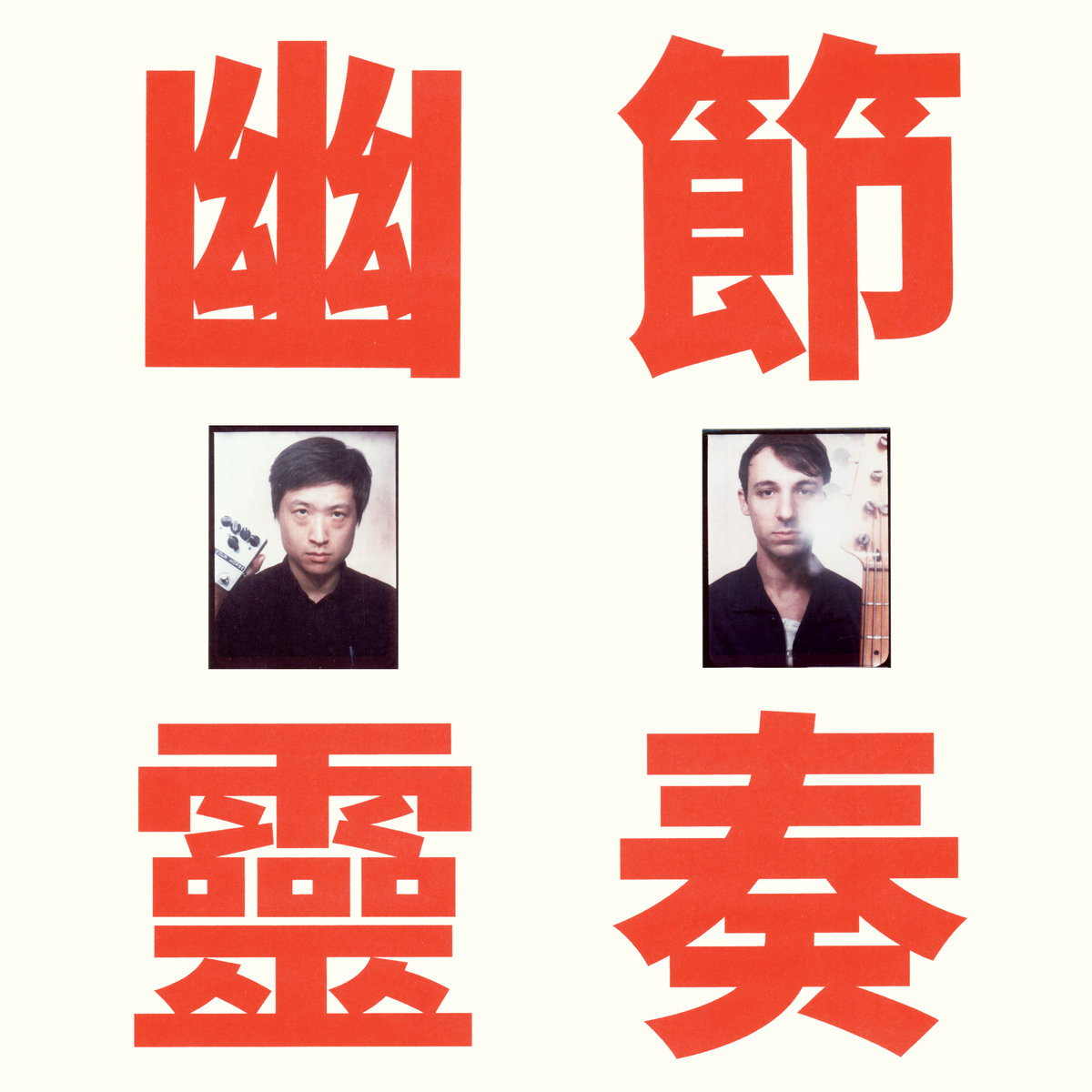 Best Chinese album of 2019? Yes, probably, although we’re still trying to figure out the exact origins of this album, built out of the diversity of backgrounds of duo Joshua Frank and Tom Ng. Gong Gong Gong have been making excellent, intriguing guitar and bass music for a few years now, but Phantom Rhythm takes the best parts of their psychedelic blues style and filters it into easier digestible track lengths, giving listeners an excellent representation of their unique sound. 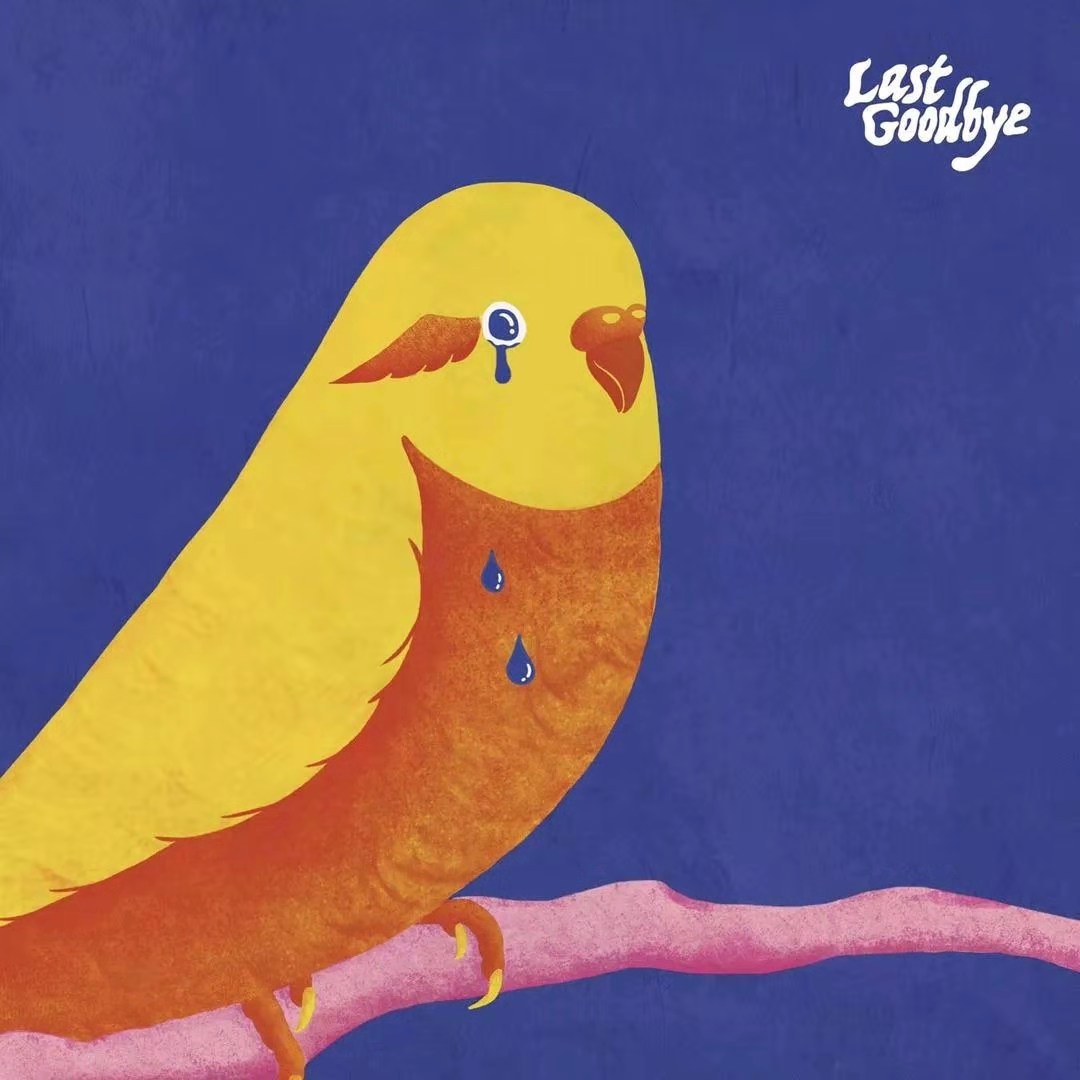 Another release from Ruby Eye Records, Last Goodbye's debut album is an epic nine-track voyage into the mind of the Beijing-based band. The opening notes for ‘Memory’ put us in mind of psychedelic favorites DIIV, with jangle guitars, trundling notes that seem to represent movement and murmured vocals drawing us in fast. The album as a whole deviates between moments of darkness and brightness, with songs like ‘Demon’ a guttural call out into space, full of assurance. For the band to be this this assurred on their first record is extremely impressive. 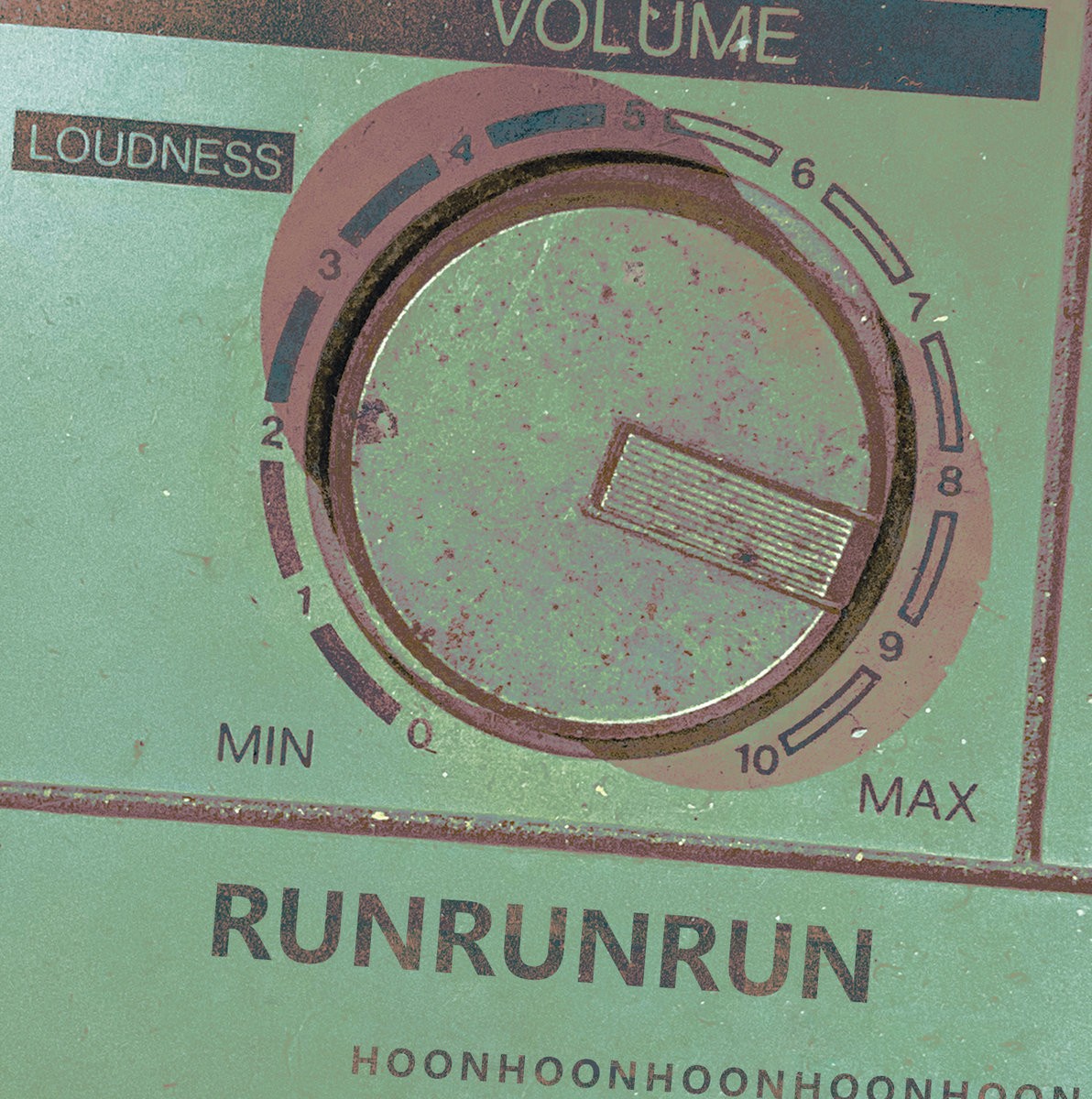 Maybe Mars came out with a bunch of records by veterans of the label this year, including the inimitable Dear Eloise, the ever-elusive Chui Wan and funky fuzzy rockers Future Orients. At the same, they maintained their record of releasing albums with new bands like Jumping Goat and, our favorite, Run Run Run. The Xiao Dou-fronted group were first established in Guizhou, before Xiao made the jump to Beijing and started thrilling folks in the capital with psychedelic, free-form sounds. HOON brings together Run Run Run’s chasmic sound in a record that is transportative, transcendental and meditative, bringing to life the landscape and undergrowth of a wild China. 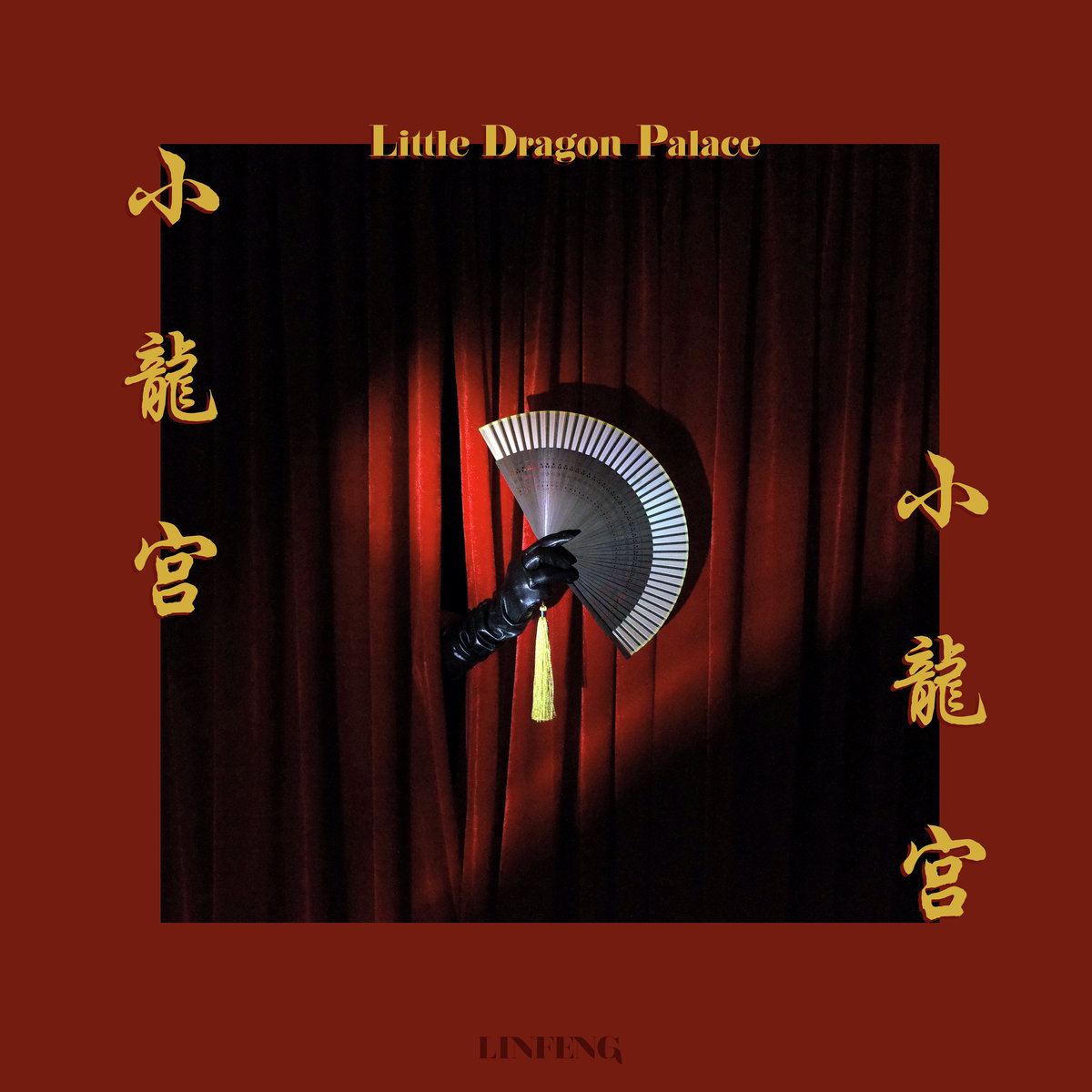 Released through Shanghai indie label Jade Craft earlier this year, LinFeng’s Little Dragon Palace takes the recent trend of injecting traditionally Chinese elements into music and turns it on its head, instead choosing to pick out the sounds that we might find in a Hollywood representation of China. The Shanghai-based producer creates a measured, intoxicating group of songs that would not feel out of place in a film score. The title track of the album is a delicious blend of electric guitar, bells, drums and more, that uses space and tempo excellently. 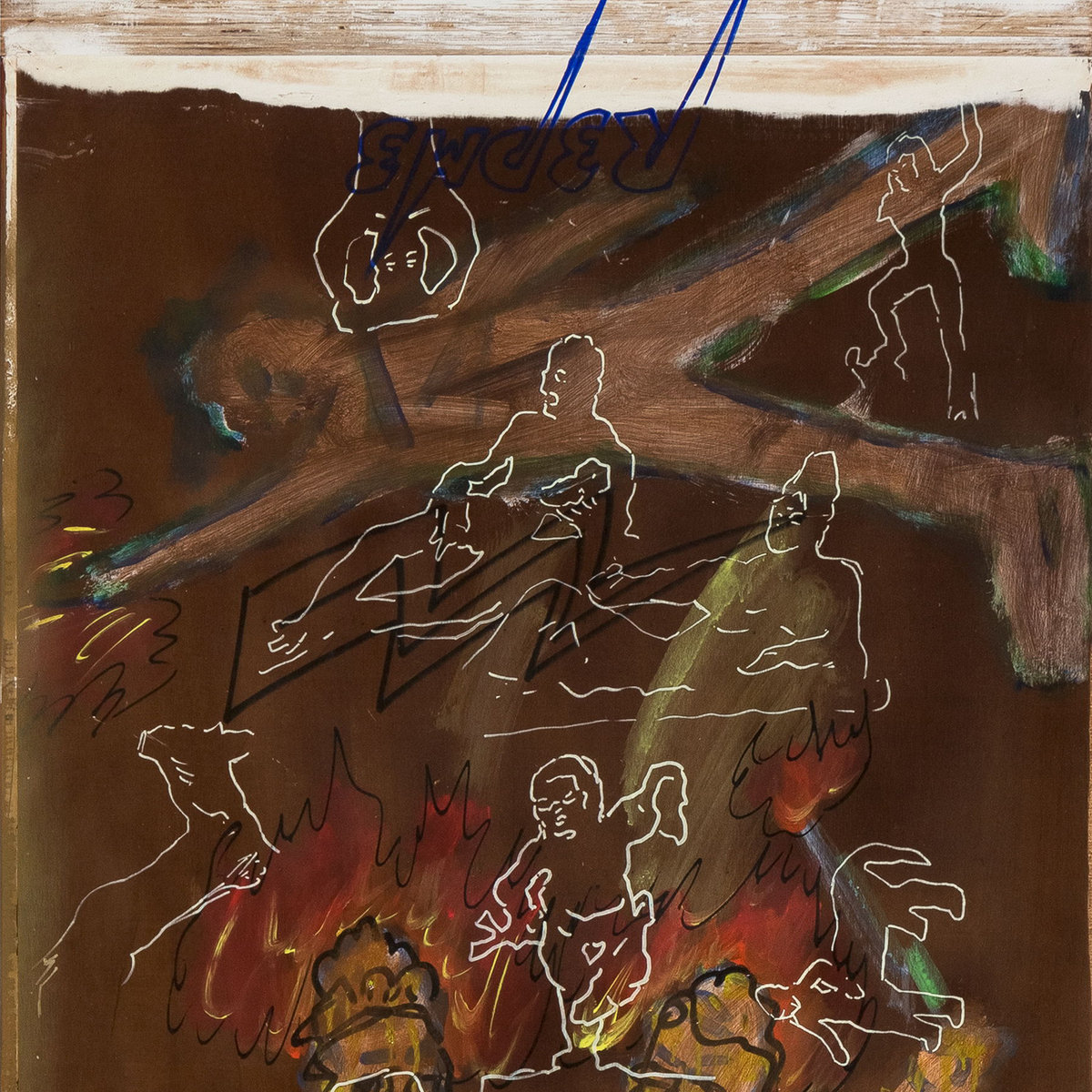 FunctionLab have quickly become one of the best labels in the country, with their roster of released artists including GG Lobster, Guan, Juan Plus One, Mice, Laughing Ears, Yikii, XHANKONKON and more. The third in the label’s Functory series brings together more producers than ever, and shows us that, while FunctionLab certainly have a unique, specific sound among electronic labels in China, they’re also a diverse outfit. We can likely look forward to more new artists on the label, given that one of the main forces behind FunctionLab, GG Lobster, has left Hangzhou and is now tearing it up in Beijing’s underground. 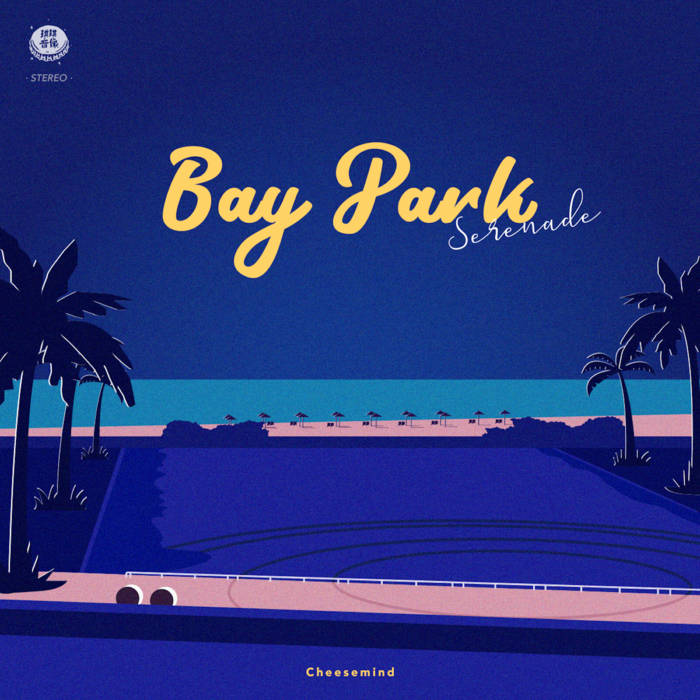 Another year, another swathe of fantastic lo-fi bands around the country. From the likes of Peach Illusion to All Romantic Days, and Happy Little Cat to Atta Girl, fans of Sunday afternoon at the coffee shop-leaning groups were treated to an array of awesome releases. Cheesemind stood out for us, however. Bringing the spirit of Xiamen to the country at large, Cheesemind’s Bay Park Serenade is particularly poignant for us now, with December breathing icicles down our backs. While the group released a few demos back in 2012 and 2013 when they were a two-piece, Bay Park Serenade was their first record in earnest, after singer RabbitQ moved back to Xiamen. Listen to ‘Sugar Free Soda’ after a long day in the city and feel yourself melt away into your sofa. 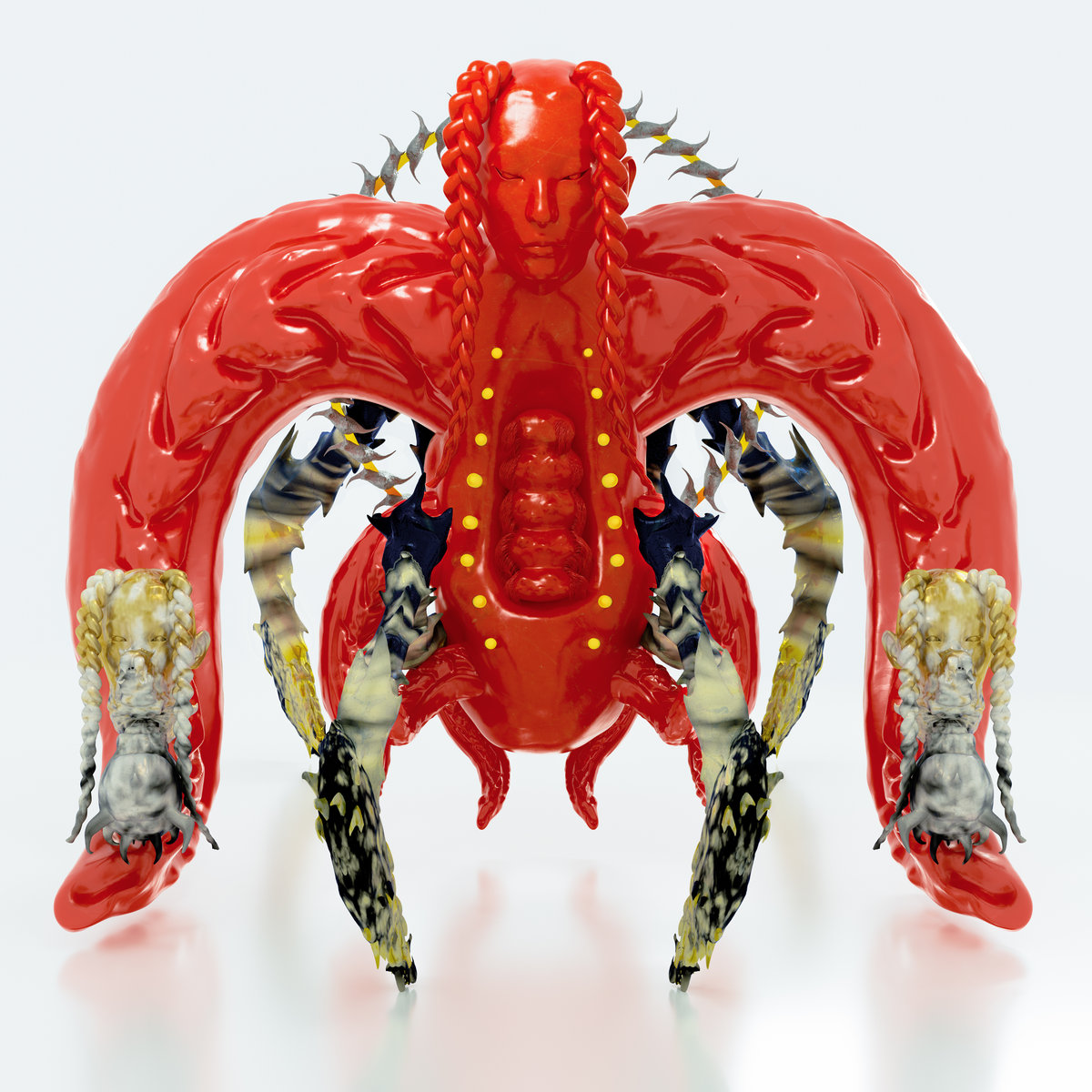 If we had to pick our favorite musician of the year it would probably be 33EMYBW. Starting the year with her gorgeous release on Merrie Records, Dong 2, the producer gave us three of our favorite records of the year, along with YADAE’s AI (love). But we had to pick one, and this record, released through SVBKVLT, stands out to us as the most significant, the most experimental, dripping with menace and ambience. Arthropods takes the listener on a narrative voyage through a future civilization, creating a beautifully realized sonic story. The work of 33EMYBW and her partner in YADAE, Gooooose (Han Han), continues to drive forward the Chinese underground, with multiple international media outlets sitting up to pay attention throughout the year. 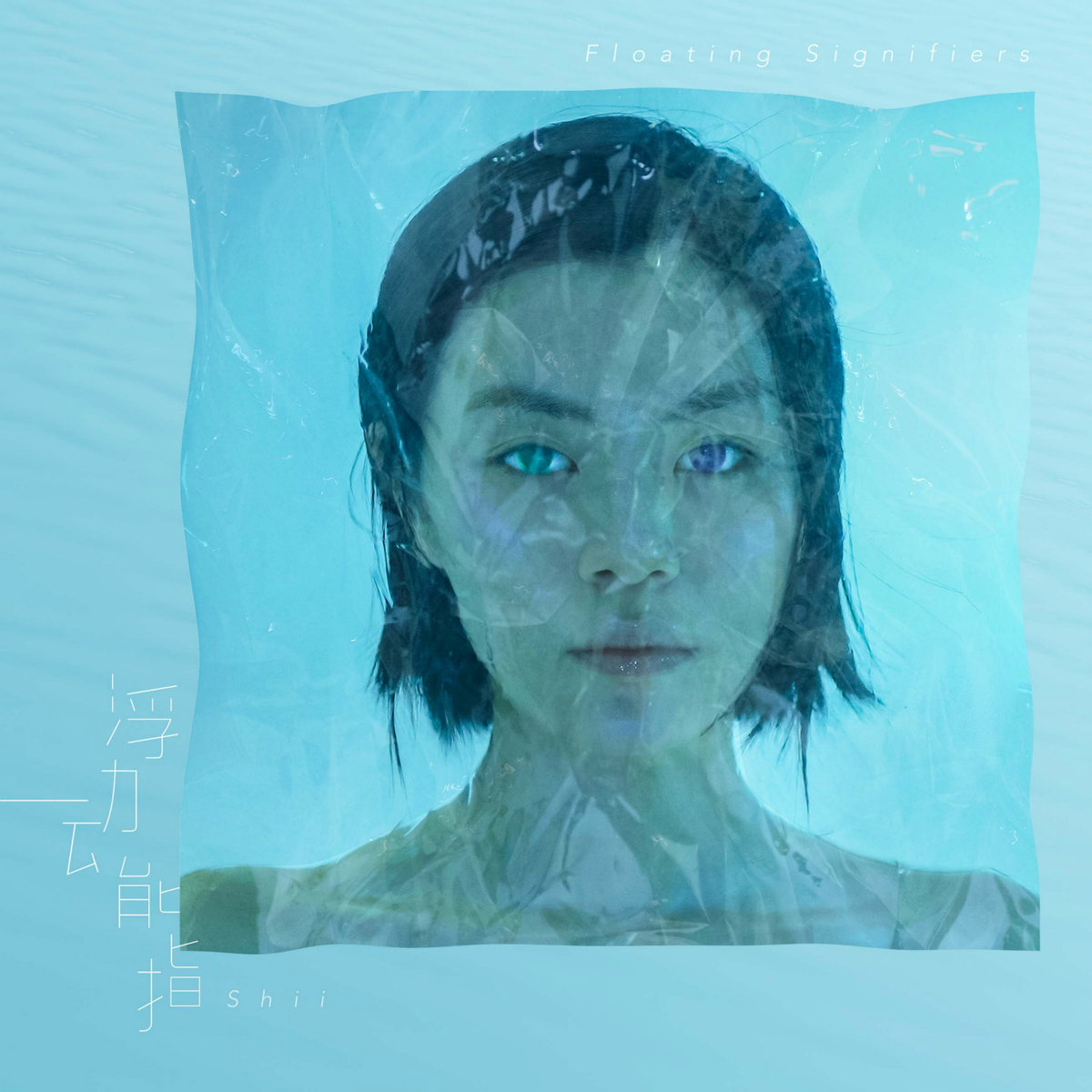 If 33EMYBW is our favorite musician of the year, Shii isn’t far behind in our books. The Wuhan-based musician also had three releases of note this year, teaming up with Nocturnes' David Carey on Lost Memory Machine, as well as contributing a pair of excellent solo releases on our favorite label of the year, Merrie Records. Floating Signifiers, which was released back in July, is a synthesizer-heavy album filled with emotion and confession. Opening with ‘Dream 2,’ with speak-sing lines like “I'm immersed constantly in building myself,” a soft and slow piano provides the meaningful bedrock in a track that is full of scattered musical adornments. While Shii’s November release, Duration, strikes us as being more experimental and less sure of itself, Floating Signifiers is a fabulously realized record that we anticipate listening to for years to come.