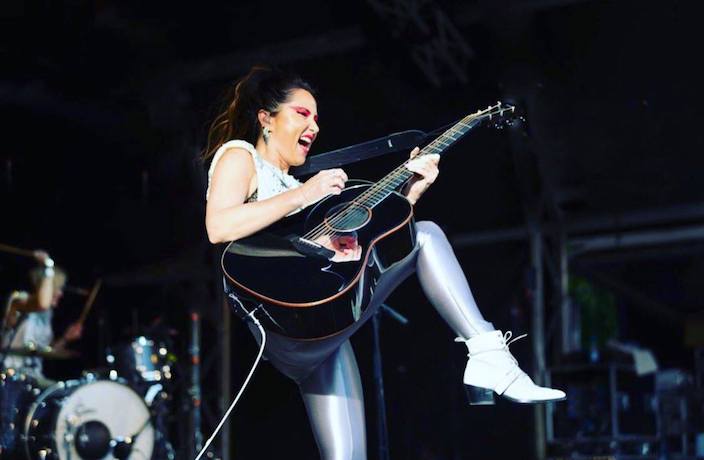 Singer KT Tunstall has announced that her upcoming Shanghai show has been postponed due to visa issues.

In a statement released on her Twitter and Instagram on July 26, 2019, she confirmed that she would unable to perform in Shanghai. “So sorry to say that there’s been an unavoidable delay in obtaining our visas to come and play for you,” Tunstall wrote, “so my crew and I won’t be able to make the show on July 31.” 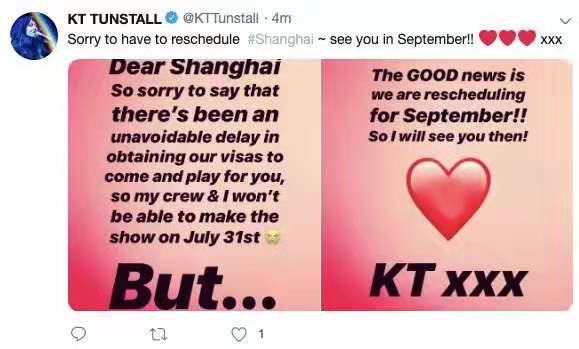 The show will be rescheduled for an unspecified date in September. Tunstall’s current touring schedule will see her play four dates in the US from September 1-14, so ticketholders expect her to arrive in the ’Hai after that run of gigs ends.

Tunstall is famous for her song ‘Suddenly I See,’ released in 2005, which was featured in the movie The Devil Wears Prada. Her Shanghai performance was set to be a stop on a tour for her latest album, Wax, the second in a trilogy of albums. She will continue the tour’s Asia leg through Shibuya, Japan on August 3, and Kyoto, Japan on August 4.