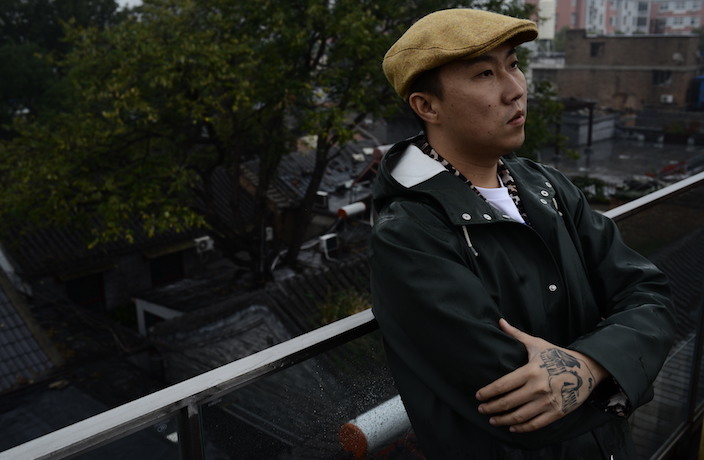 How do you capture the sound of a city? So many have tried and so few have truly succeeded in achieving anything more than a subjective interpretation of their chosen metropolis.

The air of chaos that pervades China’s capital city, Beijing, has fascinated many bands and musicians, with punks, noise artists, industrial folk and straight-up avant garde musicians attempting to replicate the intensity of one of the largest and most storied cities in the world.

The latest duo to doff their hat to the city are rapper J-Fever (also known as Little Tiger, or xiao laohu) and producer Soulspeak. In explaining their album, Beijing Ma? J-Fever tells us “I wanted to try to write about the temperament of Beijing, the kind of sloppy, careless, casual and absurd calm that exists in the city.”

The pair come from significantly different backgrounds, with J-Fever regarded as one of the pioneers of Chinese hip hop, helping to further the culture of freestyle in the country, while also experimenting with the form in making jazzy hip hop. Soulspeak, meanwhile, is a California-born, Chinese-American producer whose work combines cultural elements from both his U.S. and Chinese background.

In speaking to Chinese website Woozy about his collaboration with Chengdu producer Eddie Beatz, J-Fever let slip a snippet about his unique relationship with Soulspeak, revealing that the producer had asked him to work on something ‘new’ together, new being a very significant word here.

“I feel that I have to lose these memories. Before I completely lose them, I have to tamper with them.”

“We have known each other for six years; we were introduced by a friend who is from Los Angeles.” J-Fever tells us.

“Soulspeak is my best friend and my teacher. I miss the time when we can meet and chat frequently. We talk about a lot of things other than music. That kind of happiness is more than making music together. But the internet is very convenient. We will FaceTime before making music, to feel what kind of atmosphere the other wants.”

The album that this pair of highly creative musicians and frequent collaborators have made this time around is everything that you might expect, in that it takes unexpected leaps, sways with spoken word rhythm and gnaws on the ears at points, with the sound of industrial machinery that is so ever-present, not only in Beijing, but all over the country.

The thought occurs to us, then, whether Beijing is so very unique, or rather just one of the largest examples of the urban trends that are prevalent in the China we know today.

At any rate, a number of issues are raised during the course of the album’s ten songs. For one, we encounter the issue of closing music clubs on ‘Yugong Yishan Yizou Le.’ Yugong Yishan, the famed music venue formerly based out of Dongcheng officially shuttered earlier this year. As J-Fever puts it, “Yugong Yishan has too many memories, but I feel that I have to lose these memories. Before I completely lose them, I have to tamper with them.” 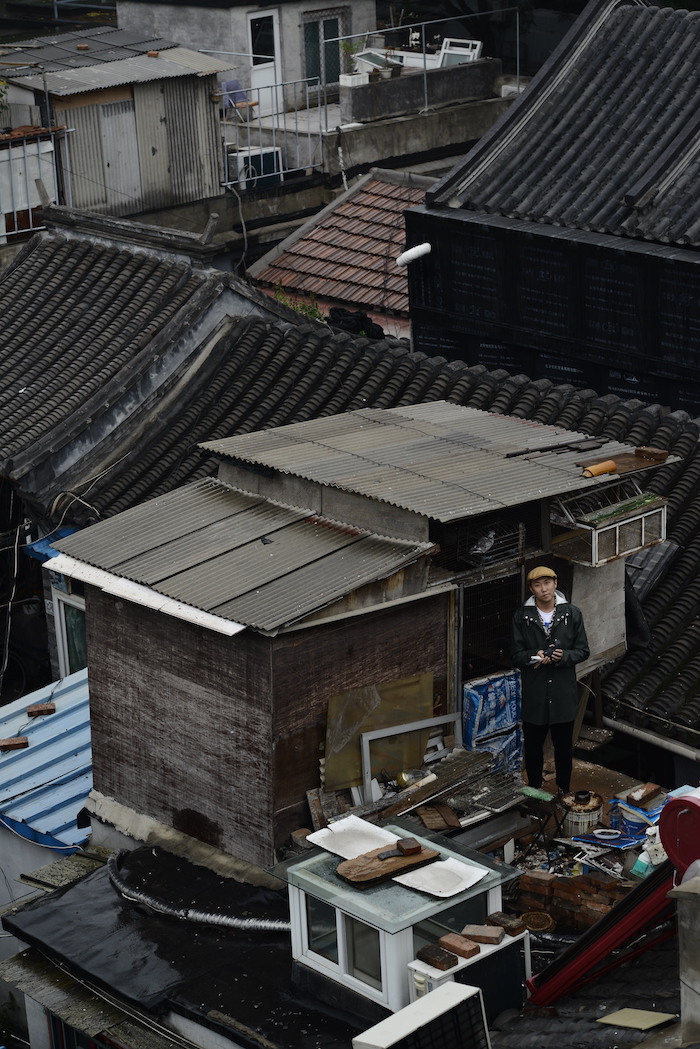 When we questioned J-Fever about the perceived uniqueness of Beijing, he was at a loss. “That’s a big question,” he told us. Correct. A big question that is perhaps better answered in the form of segments, parts and aspects, as on the album Beijing Ma?

Think about James Joyce’s Ulysses, which takes shape over the course of 24 hours and 18 episodes at various locations around Dublin, a much smaller city. How then to compact Beijing, a city of 20-plus million people and the heart of arguably the most intriguing country in the world right now? “I don’t know bro.”

A fair answer to an impossible question.

To defeat the purpose of the point we brought up earlier, is there an objective sound or idea of Beijing, or any city for that matter? Rather than hold to the idea of a perfect symbol, it’s perhaps better to empathize with the stories that J-Fever tells us here on Beijing Ma? and which Soulspeak brings to life with his vivid, hugely changeable scope of sounds.

With all that in mind, and with our ideas of Beijing as a city made up of sound truly muddled, we can also say that Beijing Ma? is a beautiful, poetic, jazz-infused, experimental work that has thus far flown beneath the radar. Whether or not it truly describes the landscapes of the capital to the North are surely worth discussing, but, regardless, the album stands as a testament to the versatility and virtuosity of the pair of artists on show.

You can listen to Beijing Ma? here.