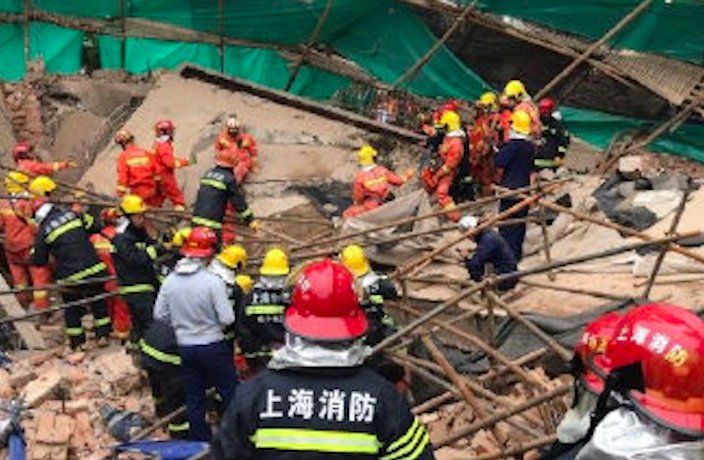 Ten people who were rescued from the rubble of a collapsed factory plant in Changning district have died at nearby hospitals, according to a Weibo post by Shanghai Municipal Bureau of Emergency Management, made after 3am on Friday morning.

Rescue workers were able to extricate all 25 people buried under the collapsed building, located at No. 148, Zhaohua Lu, and the rescue work was finished by 1.45am. According to China Daily, one of the survivors had their leg amputated during the rescue, as it was trapped beneath fallen debris.

Over 200 firefighters, as well as 30 fire engines, 30 armed police and a number of ambulances arrived at the scene of the tragic accident after the building collapsed around 11am on Thursday morning.

Shanghai Municipal Bureau of Emergency Management have already set up an investigation into the cause of the building collapse, with authorities on-site in the early hours of Friday collecting evidence from the scene. The factory was undergoing reconstruction at the time of the building’s collapse. As of press time, it is unclear whether the victims were construction workers at work on the factory building.