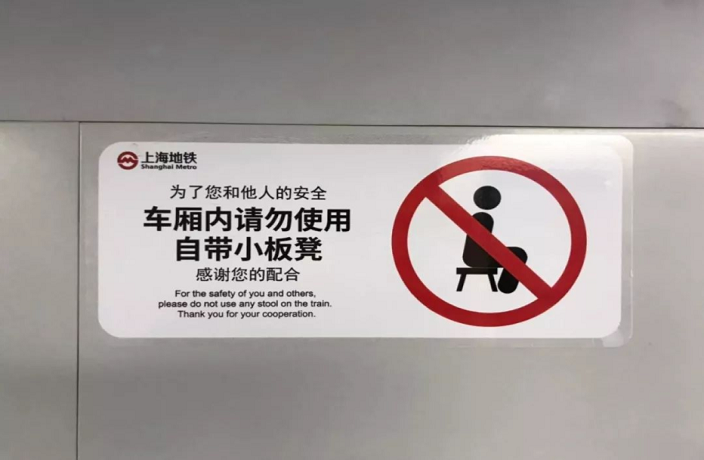 Remember the creative commuters who brought their own portable stools on jam-packed subway rides? Well, their days of leisure and comfort may be numbered, as the Shanghai Metro has begun clamping down on this behavior, reports Shine.

Starting last week, Line 11 of the Shanghai Metro commenced to tell passengers not to bring their own seats over the tannoy system. Signs have also been set up all over the carriages to dissuade commuters from bringing their own perch. If that's not enough, inspectors have been dispatched as well to patrol the carriages. Stool-carriers have joined the ranks of beggars and peddlers as ill-mannered passengers. 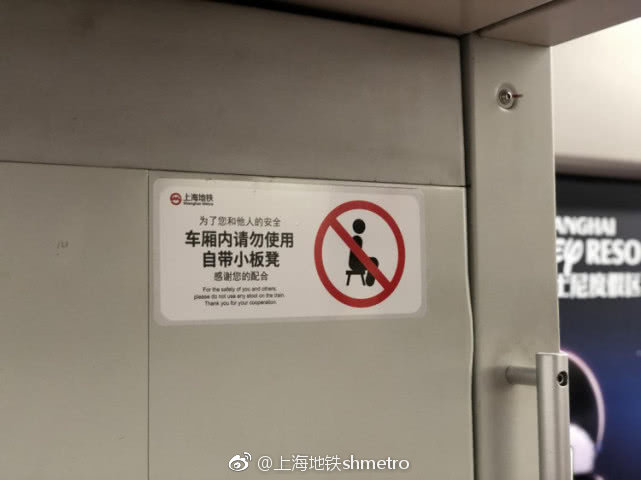 Suffice to say, a great number of netizens salute this as the annoying behavior bears grave safety risks.

"It's about time we did something to these nuisances," advocates one netizen on Weibo.

"For those who sit on their own stools, all they can see are other commuters' butts, right?" whines another, "What if one of them farts?"

Being one of the busiest and longest Metro lines in Shanghai, Line 11 connects Huaqiao, which lies in neighboring Jiangsu Province, and fan-favorite Shanghai Disney. With the whole trip taking approximately two hours, it can be real trail and torture to those who fail to secure themselves a place to sit. Therefore, it comes with no surprise that there are still netizens who think the new measure lacks mercy.

"I've taken Line 11 a couple of times," writes one netizen. "The stuffy environment in there can easily make one feel dizzy and sick." Currently, Line 11 is the only Metro line in Shanghai which discourages passengers from bringing stools. That being said, they may be a loophole. After all, there is no official regulation against portable seats. That behavior is still legal.

Only one more week...