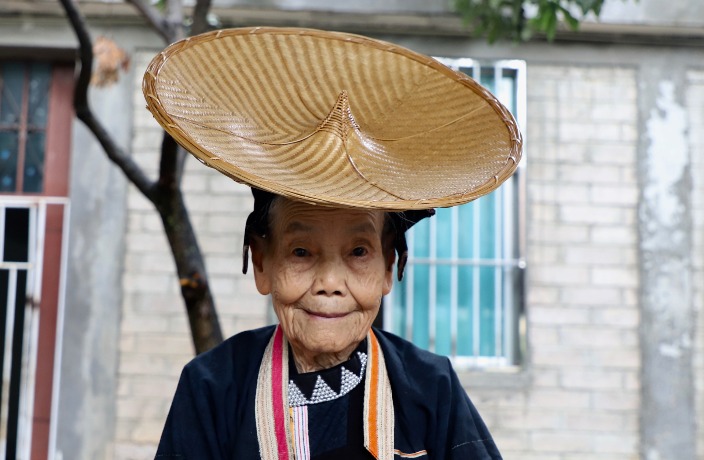 This is part of our "Portraits of China: A Collection of Stories From China's Past" series. Read more about the last ladies with bound feet here and survivors of the Second Sino-Japanese War here.

China's Southwestern Yunnan province is home to a large number of ethnic minorities and one of the most sought-after tourist destinations thanks to its stunning landscapes and unique cultural heritage.

Some individuals of the Dai minority still carry some of the ancient characteristic symbols of their heritage: black-dyed teeth and tattoos.

Mostly concentrated in today’s autonomous prefectures of Dehong and Xishuangbanna, the Dai minority has a long history, recorded since the Han dynasty. In ancient records, Dai people are described as “short-haired and tattooed,” proving that the custom of carving patterns on their skin dates back centuries. Tattoos, often on people's back, forehead and limbs, usually represented patterns and symbols related to Buddhism, and their completion symbolized one's passage into adulthood. Young boys and girls underwent the procedure that the locals call fumo at around the age of 12, consisting of the painting of the desired patterns on the skin permanently. 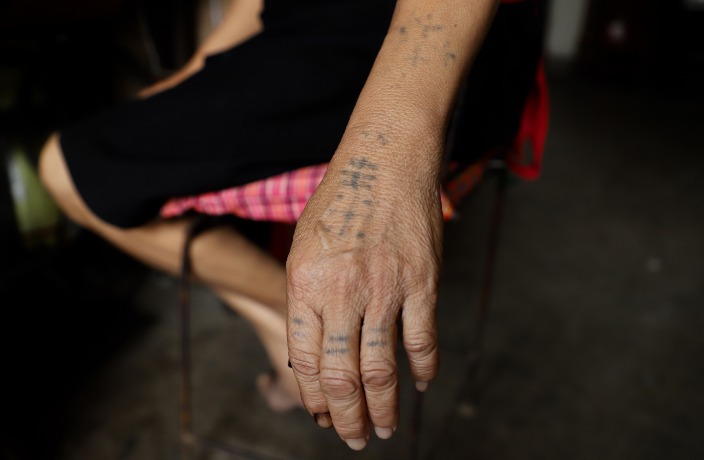 The tradition started waning after the foundation of the People’s Republic of China in 1949, with fewer and fewer Dai undergoing the fumo process. But while the tattooed Dai people were becoming ever a rarer sight, the Xishuangbanna Dai Autonomous prefecture that hosts the majority of them has become a popular tourist destination, and the Dai culture has become one of the main attractions. 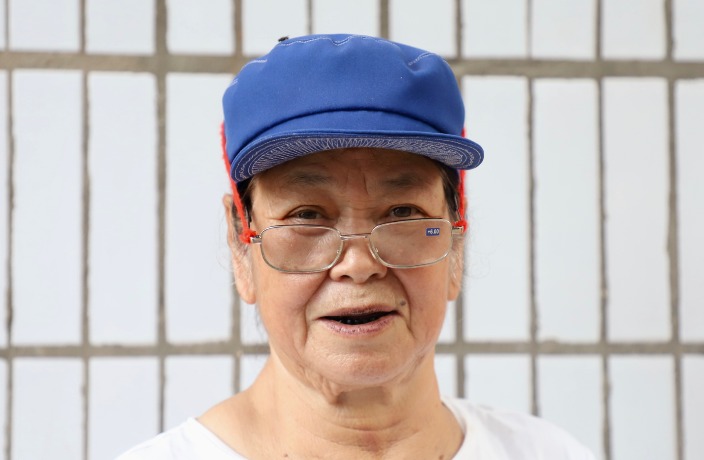 "Having tattoos and black teeth means you have reached adulthood. I started tattooing my hands with my friends at about 14 years old but the patterns have since faded. I had my name tattooed on the back of my hand and lines on my fingers. My friends and I used needles and pen ink to carve the tattoos into the skin. It wasn’t that painful if we worked together, but you’d have to pull the skin tight over the bone – otherwise it would hurt.

If you didn’t dye your teeth black, others would laugh at you. I started chewing leaves at 14 to dye them and I still use them today. But doing this also dyes your fingernails and that’s why mine also changed color.

"If you didn’t dye your teeth black, others would laugh at you"

Life at the age of 20 was pretty easy and without stress, but later things changed and life became tougher. We used to have to grow rice and give it to the government, and growing rice is hard work. Now I feel happy. I have kids and grandkids and most days are relaxing. I put on my glasses, sit in front of my house and sew beautiful patterns in cloth." 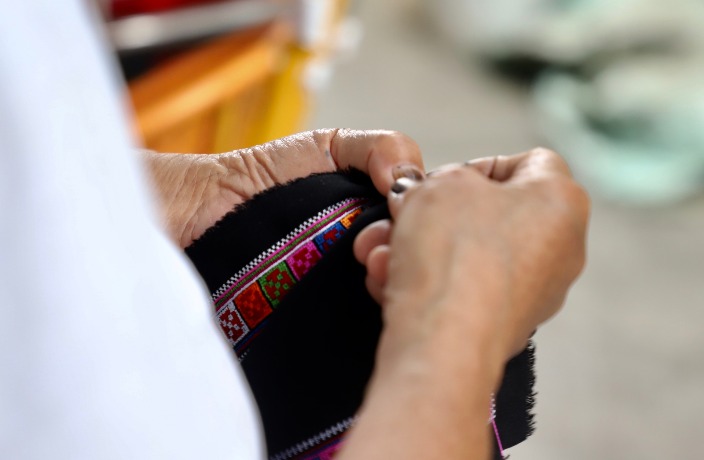 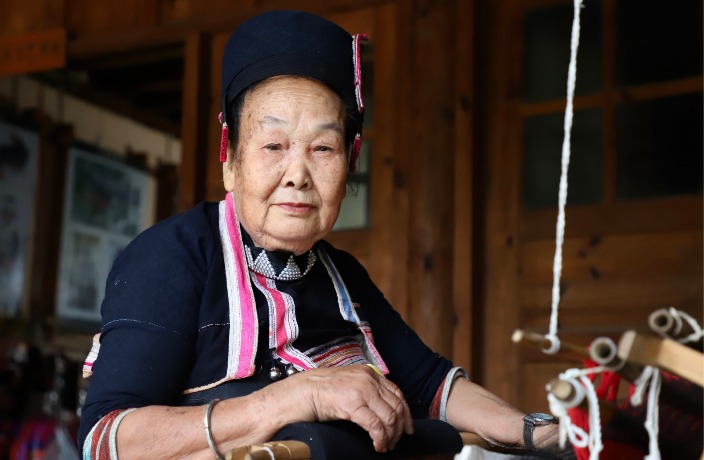 "I work at a tourist center, where I create embroidery. They pay me 100 yuan each month. In my old age, my eyes are not as good as they used to be so I need to make sure I bring my glasses. I started to learn when I was about 15 and this year I am 77. My mother taught me, and I tried to teach my kids but they didn’t learn well. 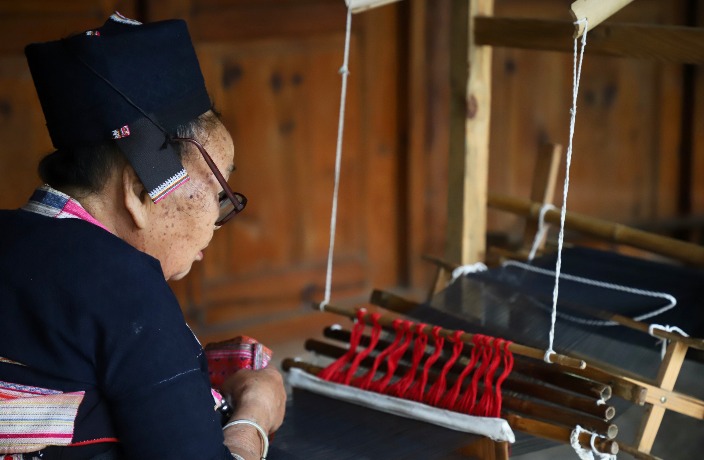 It’s much easier than being a farmer, and it wasn’t easy. There was no choice because if we didn’t grow the food we’d have nothing to eat. Even if I didn’t work here I would still wear these clothes. I also used to have black teeth but the color has since faded."

"I work in an up-and-coming tourist spot, and my daughter-in-law makes things for me to sell to the few tourists that visit. I am the oldest lady left in the village and this year I am 92 years old. I made these clothes myself, but this hat I bought. Many people like to chat and take photos with me.

I’ve never left this place and I married later than other ladies here. I gave birth to seven kids but one died at around a month old. We were all farmers back then and it was a hard life – much harder than now." 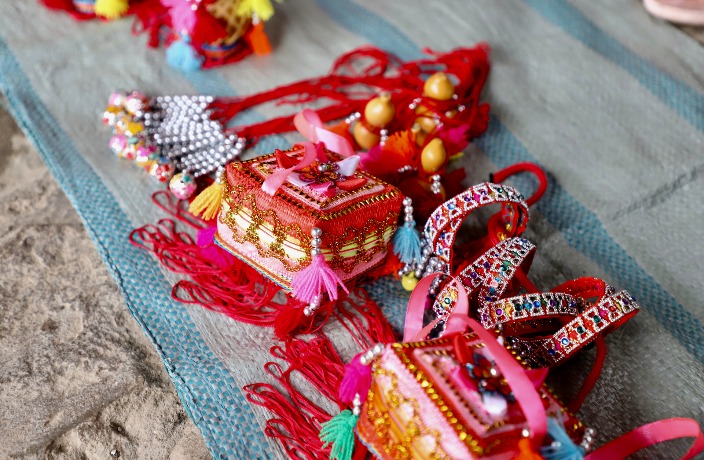 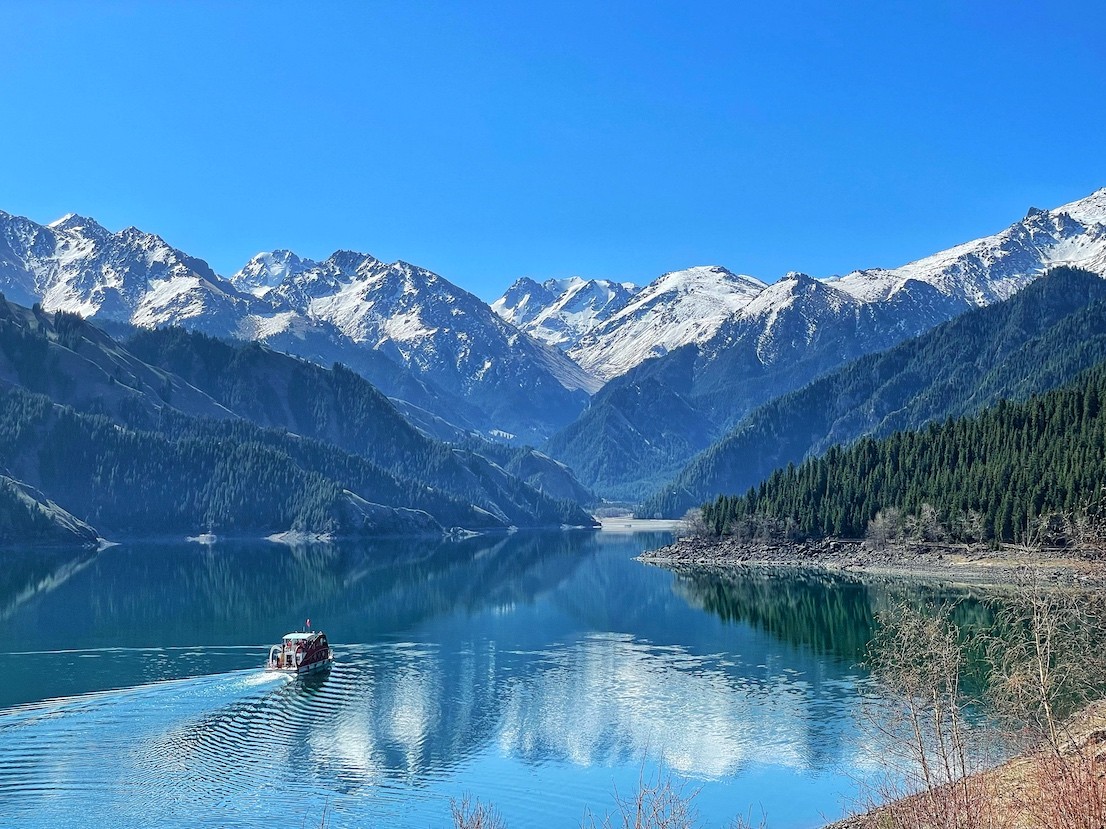