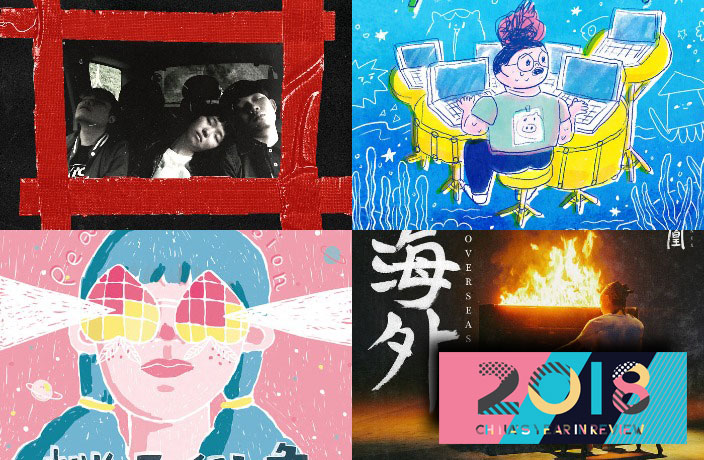 It's been a great year for music in China, so here are 10 of our favorite albums from 2018.

As a follow-up to Love in the Land of Robots, his acclaimed collaboration with Beijing electronic producer Soulspeak, Shanghai-based jazz trumpeter Ttechmak dropped this cosmic release in January.  It continues his exploration of jazz rhythms blended with electronic music, this time featuring cameos from a wide array of Shanghai musicians. JZ Club regulars Lawrence Ku, Alec Haavik and Nick McBride perform on the record, plus a special guest appearance by JZ founder Ren Yuqing on bass in ‘Compassion Dance.’ Producer and hip-hop DJ Wordy lends his turntablism to the especially smooth and groovy track ‘Fantasy Revisited.’ The album starts off with a few fairly standard jazz fusion tracks, but then the dark and haunting interlude ‘Trumpet in a Blender’ transitions into the catchy, melancholy highlight, ‘Self-Delusion in Dark Green.’ The pensive finale tracks ‘Moonflowers’ and ‘Compassion Dance’ are also standouts.
Listen here. 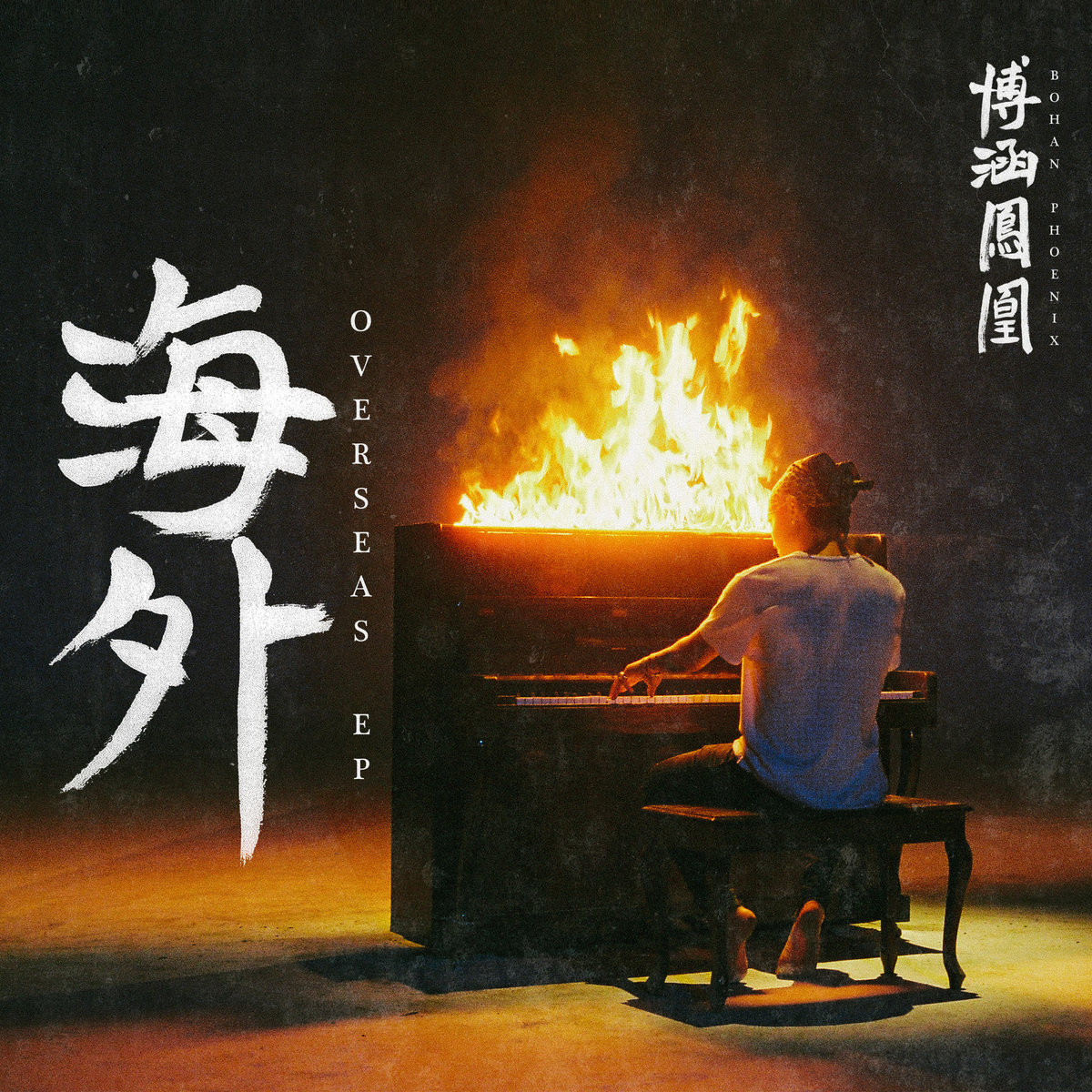 Quickly becoming one of the most notable Chinese rappers, Bohan Phoenix is in the unique position of gaining traction in China and the US simultaneously, perhaps hinting at a future in which musicians find fame by appealing to different cultures and countries at the same time, rather than existing in a bubble of one country and then having to be repackaged in some way to make it overseas. A defter touch defines this EP, our favorite of his thus far, as Phoenix flexes his skills at switching effortlessly between rapping in English and Mandarin to wax about his background and identity, especially over a delicate piano on the title track. ‘Falling’ featuring Masiwei of Higher Brothers has a lighthearted and funky beat, while the slow burn ‘Fuck Trap’ features confessionial lyrics like “too foreign for here, too foreign for home, too torn to choose,” and mentioning his single mother. The song’s name derives from a sound bite from frequent collaborator Howie Lee, who tells him to “forget about trap, just stop doing those trash singles.” The album shines thanks to beats that are both simple and unusual, and this allows Phoenix’s raps, which have always been insightful, to stand out.

Between Higher Brothers and the aforementioned Bohan Phoenix, Chengdu is  rapidly becoming synonymous with the best of Chinese hip-hop. This EP by Hong Kong’s YoungQueenz proves that other regions also have much to offer. The founder of a crew called WILD$TYLE, the grill-sporting rapper draws inspiration from both 90s gangsta rap and Japanese anime, channeling Hong Kong’s futuristic city vibes and switching between Cantonese and English in his gruff, raspy, almost DMX-like vocals. YoungQueenz explained in an interview with Neocha that he makes a point of working with up-and-coming producers on his beats and featuring other rappers, and indeed almost every song on DragonTown features another member of YoungQueenz’s crew, allowing for a varied range of voices throughout. The album starts with a bang on the highlight opening track thanks to its high-energy beat and YoungQueenz’s purposeful slurring of the title, so it sounds like the he’s saying “Draaagtown.” While a few other songs might be a bit derivative, the album’s beats and breaks paired with YoungQueenz’s raps would satisfy any hip-hop fan.
Listen here (VPN on). 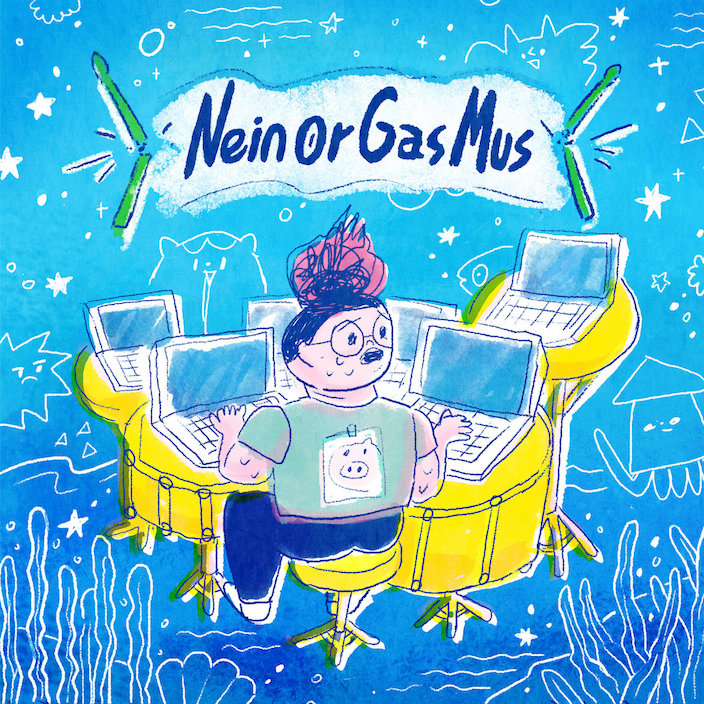 Qiii Snacks Records stays close to home with their latest release, the self-titled debut EP from Guangzhou trio Nein or Gas Mus. A reflexively self-aware take on emo mixed with math rock, the five-song EP is both playful and emotionally affecting, in part thanks the wry, fried-sounding female vocals. The opener track, ‘thin ice’ is the strongest, a bittersweet and contemplative math rock track, followed by the bouncier, more upbeat ‘1st.’ The trio already has a solid following in Guangzhou, and they describe their songs as having “a good BGM to cry along to while counting the beats.” The album art by Nichi is a great indicator of the tone of the music – the distraught little guy is clearly having a rough day, but the drawing style and his kooky surroundings will likely make you smile. The same is true of the emotive core and playful trappings of these songs. 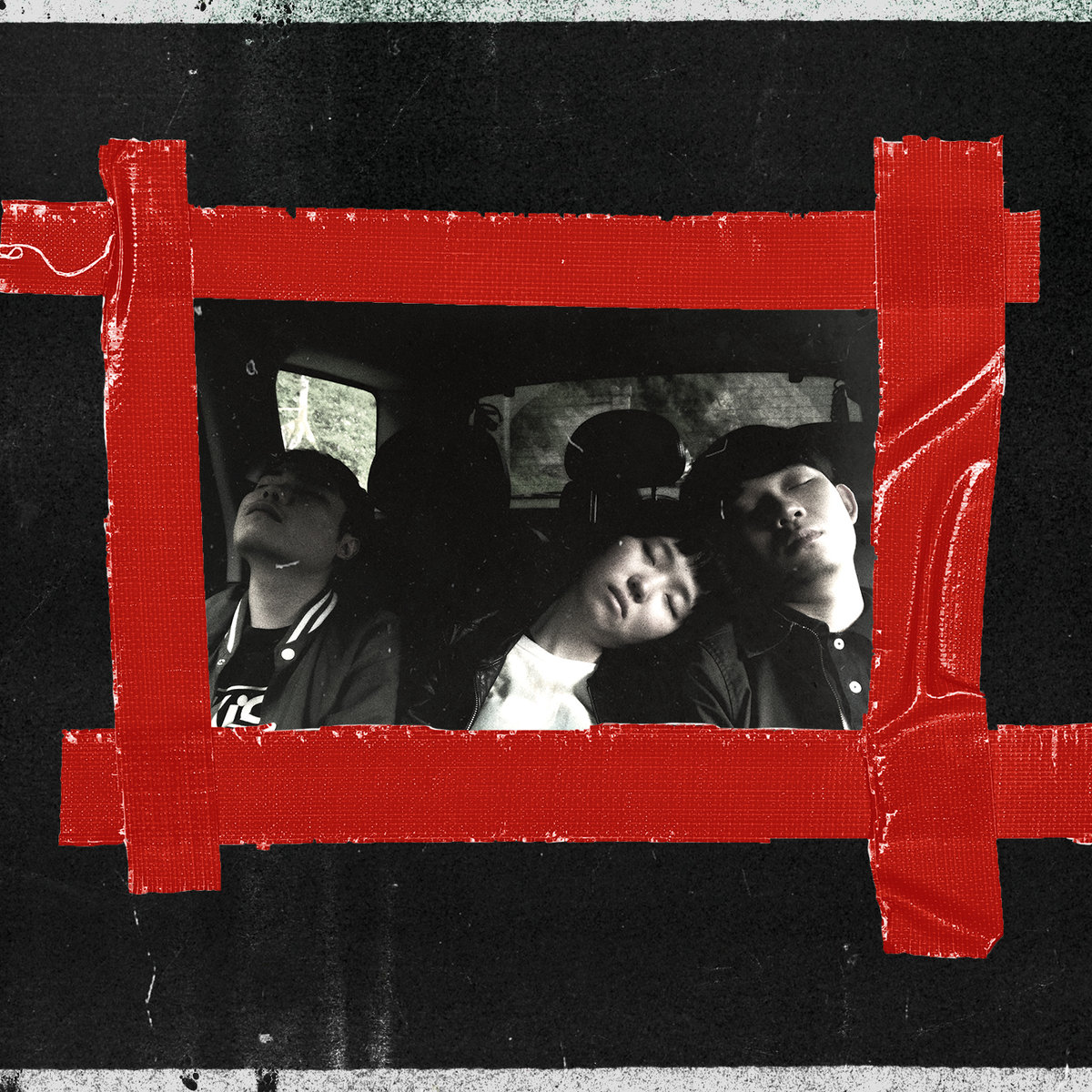 5. She Came Back from the Square by Hiperson

The follow-up to Hiperson’s 2015 debut, No Need for Another History, sees the Chengdu band exploring new wavelengths, trading in their complex post-punk for a startlingly raw and stripped-back sound. Album producer and guitarist Ji Yi’nan whittled away any unnecessary trappings, embracing the potency of simple chords and allowing for frontwoman Chen Sijiang’s commanding vocal presence to shine bright. Chen, who writes all the band’s lyrics, took inspiration from everyday interactions like a chat with her Uber driver (‘He’s as Proud as My Teacher’), imbuing these quotidian moments with emotional resonance. The album’s vulnerable, powerful centerpiece ‘The History’ builds into neurotic crescendo thanks to a shrieking, distorted saxophone in its final moments, which give way to the lovely a cappella track ‘Ceramics.’

‘Ladies and Gentlemen, welcome Aboard Monster KaR Airlines’ are the opening lines of Monster KaR Vol. 3, which give a good indication of the serene weirdness of the trip ahead from this Guangzhou-based band. They’ve labeled themselves on Xiami as ‘hallucinogenic pop,’ and they do manage to convey a psychedelic and lightheaded feeling without relying on the more in-your-face noise guitar of psych rock. This is most successful on the dizzying track ‘Fight Club,’ largely thanks to the vocals, which are light, breathy and eerie.  Monster KaR explore other genres on the album as well, like a sweetly retro 90s R&B on the melancholy ‘In Brown’ and ‘Don’t Leave Me When I’m Alone,’ which sports a soulful beat and some boy-girl spoken word interludes that feel especially 90s.  This is music for the most gentle and peaceful of mind-altering substances, making it a less ubiquitous take on psychedelic music that feels crisp and refreshing. 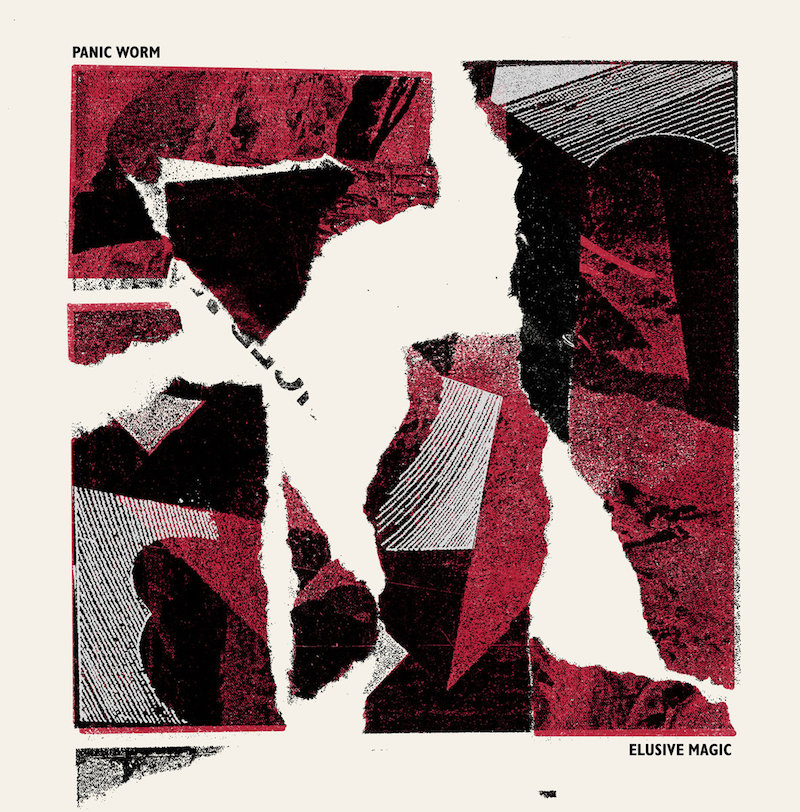 Elusive Magic is the debut album from Panic Worm, a plucky Wuhan-based five-piece dealing in energetic post-punk. The band half-jokingly imply that they are the offspring of “the once famous Wuhan punk movement” in the late 90s and 2000s, which birthed the likes of SMZB and later AV Okubo. Having recently opened for The Cribs when they passed through Wuhan on tour with Split Works, Panic Worm has indeed taken up the mantle as one of the city’s more notable new punk acts, exploring what they describe as “80s post punk scattered with 90s slacker sensibilities.” The earnest riffs in the lead single ‘Chicken Spit,’ have a sort of sweeping, epic quality heightened by Yu Cheng’s stately vocals. Though rooted in the city’s punk tradition, they’re serving up something fresh. 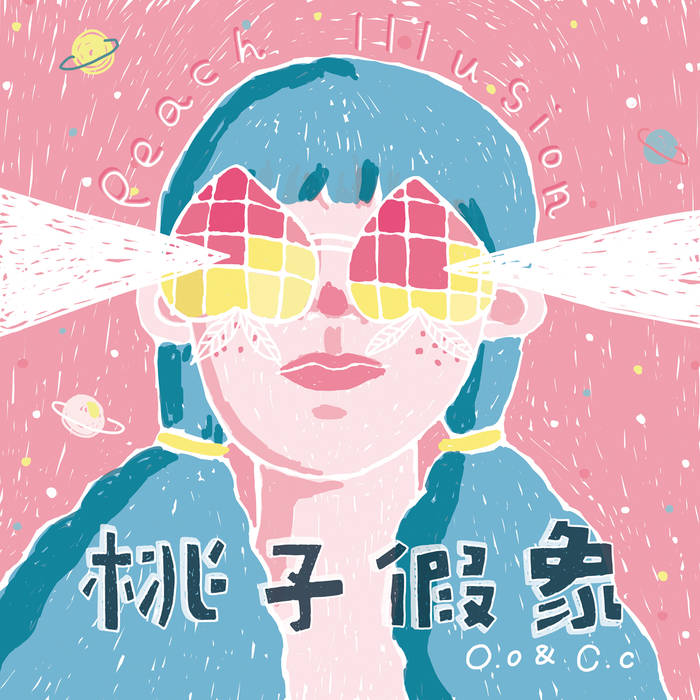 While they may have met at Xiamen University, O.o and C.c of Peach Illusion put together their first album an ocean apart. The release of their first self-titled EP is a bedroom dream-pop gem, wrote, recorded and mixed while one was in Singapore and the other Shanghai. Painting pictures as seen through rose-colored glasses, the duo has reunited and settled in the Paris of the East, with plans to work on a few artistic projects and a second album. Their urban sweetener aura and adorable pastel photo shoots are in and of themselves a reason to add them to your summer playlist, and we can’t wait to see what’s next for two of Shanghai’s newest residents. 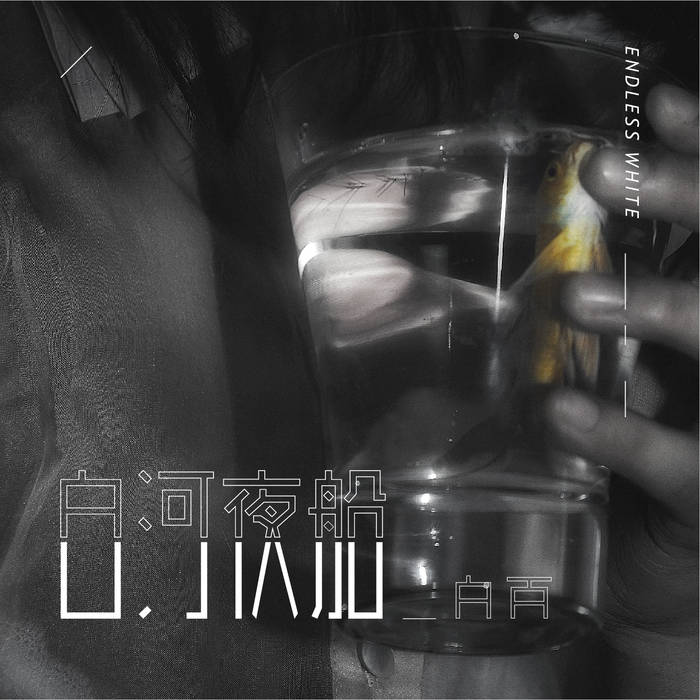 9. Flow West to You by Endless White

Xi’an-based Endless White have just released their first album in two years. While they’ve been around since 2015, they’ve swapped out a few of the original members, making for a new four-piece outfit that is really cementing their sound. Signed to Ruby Eyes Records, their shoegazey guitars, high-pitched vocals, and frenetic power chords make for a 10-track dreamy kind of heartbreak. The indie rock band’s most recent album is more focused with a stronger production value to back it up. Each song featuring vocalist Zhang Wanyi more predominantly than their 2016 release, this album is bright and bittersweet, giving you all the feels from the inside out. 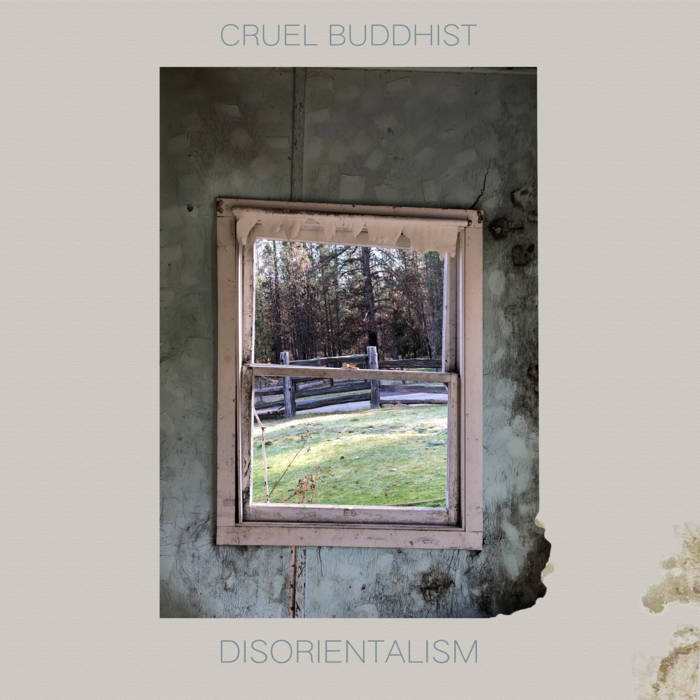 With a lo-fi Christmas album under his belt, Cruel Buddhist is no stranger to songs built to rack up the streams, and Disorientalism isn’t any different. This seven-track release features seamless transitions, well-timed glitches and synth strained strings. Instrumental hip-hop and low-sitting beats are perfect for a late-night bike ride, or as a slightly disorienting soundtrack for studying. It’s a good kind of weird that lands somewhere between the softer side of Flying Lotus and the less aggressive side of Adult Swim. With sparingly used distorted lyrics pulled from other media samples, this Shanghai-based producer has continued to solidify his place in the lo-fi funk rolodex.