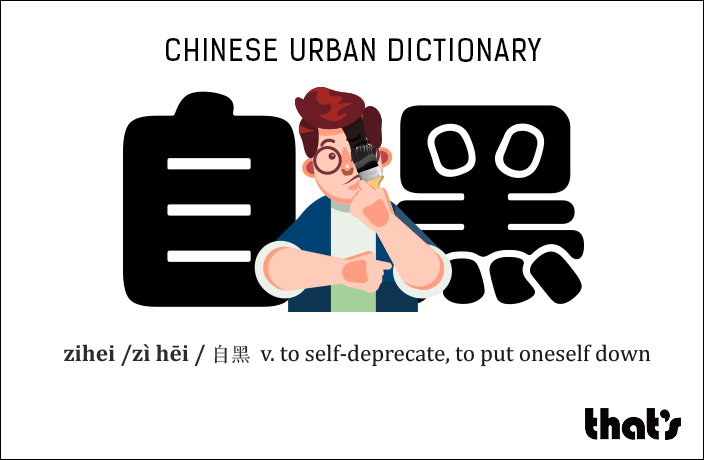 A.You have so many friends. Must be nice to be popular.

B. I'm sure my parents pay them to hang out with me. Haha.

A. So do my parents, but no one wants to take the payment. Haha.

B. Is this a zihei competition?

Literally meaning “to self-blacken,” zihei is the practice of making fun of your own weaknesses before they can be used against you. It is saying “no girl will ever like me” before someone can ask you if you have a girlfriend. It is saying “your car is worth more than my kidney” before someone can ask you how much money you make. Whenever there is a possibility that a conversation will involve one of your vulnerabilities, you must immediately bring it up and expose it in front of everyone, so that no one else can use it against you. Failing this, you risk being teased mercilessly by your group for not declaring it in advance.

Zihei has become an unspoken social rule as it is a fool-proof guard against humiliation. When a user on Zhihu.com (China's Quora) asked why people zihei, the answer with the most votes was: “because it turns weaknesses into weapons.”

Zihei is also an effective way to take criticism. Even Jack Ma, the last person in the world to be called a failure, had to zihei to get out of a few pickles. In 2013, Alibaba said it sold 2 million pairs of underwear on Singles’ Day, which could cover an area of 3,000km. When the Internet found out that it meant each pair would have to be 1.5 meters long, Alibaba apologized, saying: “This is why Jack Ma failed math in school.”

Zihei is so prevalent nowadays that it’s a faux pas if you forget to do it. Next time you post a hot selfie on WeChat Moments, don’t forget to add the tagline “took 800 selfies to get one that doesn’t suck.” Next time you tell your friends about your big job promotion, don't forget to say “can't believe my dumb luck!” If Jack Ma had to do it, you should learn how to do it too. 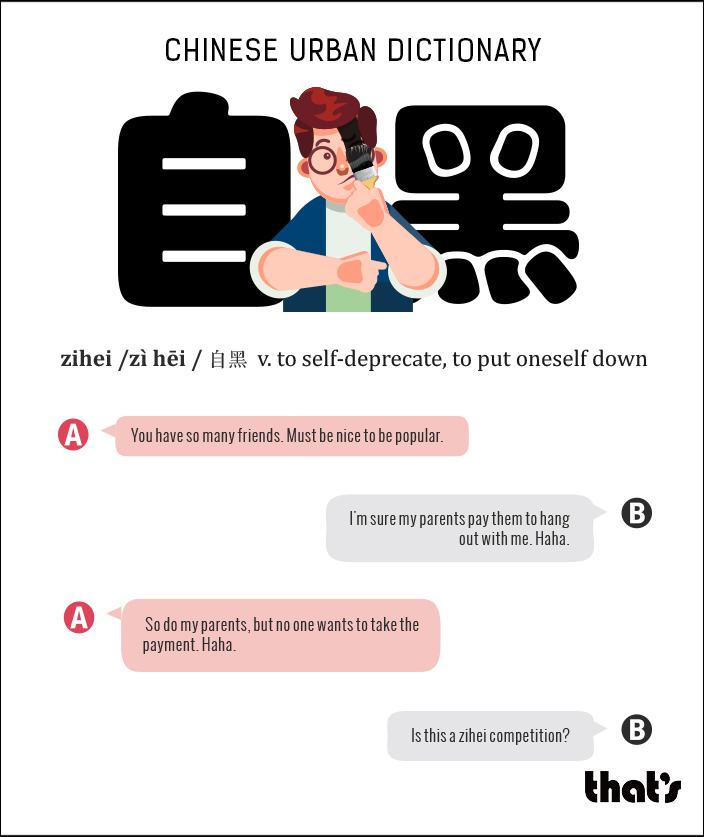