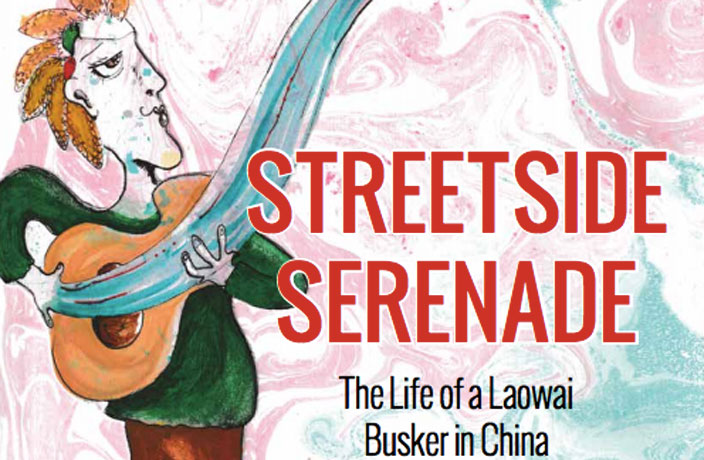 “Good afternoon, everybody, and thank you for listening to my music. These songs that I have just played you have been, of course, free of charge; I simply wish to deepen the way we interact in public spaces. However, singing on the metro everyday requires one to have an income, so if anyone cares to share one or two RMB with me, it would be a great contribution to my art.”

I then pass through the metro car, accepting whatever support is offered, whether it’s money, snacks or hugs. People laugh as I announce that I have a QR code for the ‘especially modernized characters’ that no longer carry cash.

Years ago, as a teenaged musician, I started making the rounds of Beijing’s Sanlitun, Gulou and Wudaokou bars. Late nights in pubs were an exciting way to develop my art, but early mornings running for the school bus were always a rude awakening and eventually it was clear that I needed to make a change.

I had always thought of street performance as a last resort for people with few options for survival, and yet, for me it increasingly seemed like a dignified alternative to serenading the drunken patrons of late-night establishments, a work environment that not only exposed my vocal chords and harmonicas to secondhand smoke, but occasionally had me wondering what song might soothe the tensions of violent billiards-brawls. More than once, I was threatened by audience members who were angry that I could not fulfill their song requests.

Folk music was my art, but my employers made their money selling booze, and I realized that in their minds my music was essentially the same as the peanuts they put on their clients’ tables: just another amenity to keep the drink orders flowing. I wanted something different.

I started bringing my music to the sidewalks of Beijing’s 798 art district, where I could play on sunny afternoons, make as much money as I had in bars and still get my full adolescent’s night’s sleep. Better yet, whereas in those bars the diversity of my audience was limited by the financial and cultural capital necessary to frequent those fine establishments, on the street my audience was full of people I would never have sung to before: babies, children, elders; rich people, poor people; city folk, rural migrants; people from all over the world. 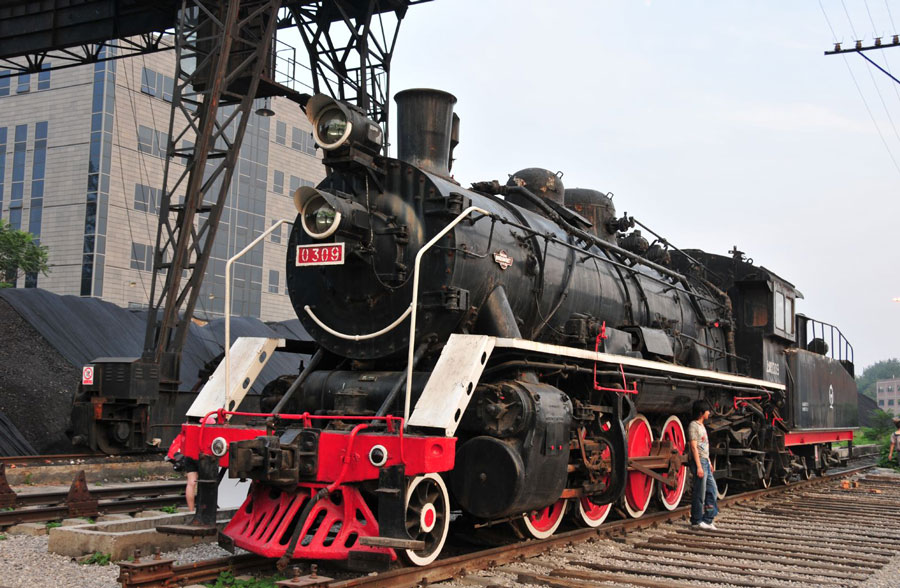 I can’t overemphasize how important this was to my artistic development: the form that art takes is as much determined by its audience as it is by its maker. I did not want to make music that was only for middle class people.

Still though, 798 was just 798, with its own limitations, its own four walls and particular types of people wandering around inside them. I soon discovered the true beauty of sidewalks: all cities had them! I traveled to Shandong, Shaanxi, Fujian, Hong Kong and eventually Taiwan. I got more ambitious. I went to the United States, and eventually to Mexico, where I lived for a year and a half. Everywhere I went, I found that by seeking sustenance in the streets with my music I could learn more about a place and its culture than by visiting tourist sites.

This last question, in recent years, has been most central in determining how I work. When I returned to Beijing from Mexico in 2017, after a three-year absence, I discovered that my old street corners were no longer available due to increased presence of chengguan in 798. Thankfully, in Mexico, I had found a vibrant informal performing arts economy, and I learned some tricks of the trade. 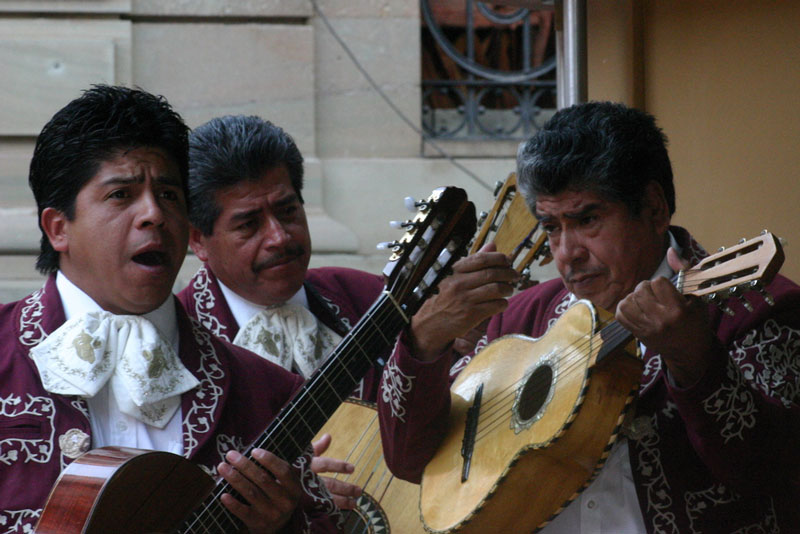 There, I discovered that the sidewalks were the domain of mariachi bands and other more formal acts, who not only played the traditional songs that people wanted to hear, but were also invariably much better dressed than myself. People like me, with more informal acts, whether they were folk musicians with guitars and accordions, rappers with microphones and backing tracks, or clowns with red noses and balloons, made their living performing on city busses and metro cars.

In May of 2016 I had my first crack at transit performance. The benefits were self-evident: on a street-corner, a busker seeks high foot-traffic. This means people have places to go, and while it is touching when someone takes a break from their journey to listen to a full song, it doesn't happen often, and much like in the bars, people who can’t afford the luxury to stop and smell the roses will only ever hear fragments of my music. On the trains I have, for lack of a better word, a captive audience.

But perhaps that is the perfect term to describe people who are stuck spending more and more of their lives in transit. Oftentimes metro-riders are held captive, but it is not by me. The seemingly unstoppable momentum of urbanization and gentrification force people farther and father away – from their jobs, each other and places of social gathering. The time that people spend getting around is as central to the functioning of an urban economy as it is to urbanites’ alienation from their surroundings. I see my work as an effort to take back that time for new possibilities, and to open up that space as a social space in and of itself.

"I did not want to make music that was only for middle class people."

While I chose this work over working in bars, it does present its own challenges: my ability to perform depends on the ever-fluctuating state of public security. For example, since returning to China there have been two occasions on which high-profile government meetings have effectively put me out of business for two weeks due to the increased security presence on the trains.

Of course, as a visible foreigner I am subject to very different penalties from my Chinese friends in the same line of work. The situation changes constantly: in recent years subway performers in Beijing have faced anything from a few hours’ detention with a RMB50 fine to multiple-night stays in jail, though these days it tends towards the former. However, when I am caught, station attendants usually just insist that I stop playing and leave. The attendants range from apologetic to mean to nervous at the thought of speaking to a laowai. But they have never fined me and have only rarely attempted to detain me. The fact that I am a foreign passport holder surely would complicate the process of penalizing me, and extra paperwork is always a good deterrent to that kind of action. 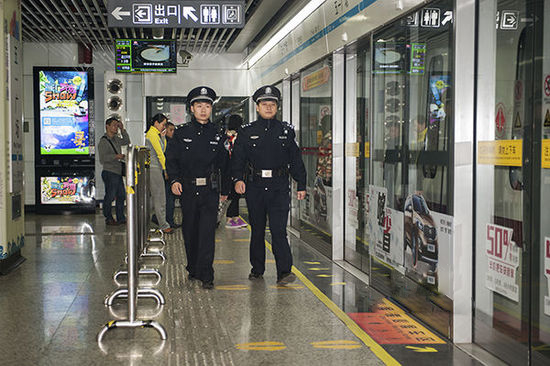 Each city I play in has its own dynamics. In Wuhan, authorities are less draconian but much more vigilant: there, not even my Chinese peers get fined, but few workdays end for us without getting booted from the train. In Guangzhou, the attendants seem to really not know what to look for. As long as I stick to the back of the train and get real quiet when the doors open at a station, I have no trouble. However, if the music carries me away and I forget to quiet down, the attendants get much more indignant than in other cities. I’m not sure why that is, but there is a flip side: the audience thinks it’s hilarious! The doors close, the attendant radios ahead to the next station, and I have a couple of minutes to apologize to the giggling audience that my performance has been cut short, and make my rounds for tips. I usually make more money when this happens.

That being said, for all of the interactions I’ve had with police and station guards in my line of work, the busker’s most daunting adversaries in China by far are the volunteer retirees who seem to sincerely enjoy the sense of authority that comes with their position. The few times I’ve dared try to convince one of them to let me play, I have always regretted it. While whole subway cars have thrown in their voice to help me talk down a guard who seems to want to detain me, nobody would dare back me up against an ayi with an arm band. I won’t go into details, but I too have learned my lesson.

"Sometimes I measure my success by the number of people that I get to put down their phones and look me in the eye."

For the most part though, I can make it through my three songs without interruption, and people are more than happy to support me. While I play, I often hear an echo of myself with a 10-second delay as people review the WeChat Moments they’ve just posted of me. It feels strange when people right in front of me experience my live music through their cell phone cameras. Sometimes, I measure my success by the number of people that I get to put down their phones and look me in the eye.

Other ways of measuring success, however, are unavoidable. I do need to eat. A friend, whenever he is present when I count up my day’s earnings, always tries to decide what denomination of bill is best: “do you prefer one kuai bills or 50 kuai bills”? The answer may seem obvious, and though it is true that I would not be able to survive working this way if nobody ever outdid my request for “one or two RMB” and slipped me a 10, 20 or a 50, I would be equally unable to get by if everyone who can only afford to support me with one or two kuai felt ashamed and thus gave me nothing. And that is my favorite aspect of my work: it is crowd-sourced in the realest sense possible. That is, funded by actual crowds, by all kinds of people.