David Beckham, global ambassador for Chinese football, was in Shanghai on Thursday to promote his H&M underwear line and, unlike the last time Golden Balls was in the city, no one got hurt.

The football star reportedly received a "warm welcome" when he appeared at a press conference at the Shangri-La Hotel. In a June appearance at Shanghai's Tongji University, Beckham fans stampeded, injuring seven people, including three police officers.

Writing on Weibo after the incident, Beckham said: "I had an incredible response from everyone at Shanghai Tongji University today. Sorry I couldn't get out on the pitch to see the teams. It was impossible to get through the massive crowds. I heard there were a few injuries, hope the fans are ok and I wish them a speedy recovery."

Beckham isn't the only football star in town this month. Former teammates of Becks' Michael Owen and Paul Scholes were in Shanghai to take part in the Shining Legends 5-a-side football tour, and on Tuesday, Liverpool and Wales legend Ian Rush took part in a press conference to promote Liverpool FC's new Chinese-language website. Read our exclusive interview with Ian Rush here. 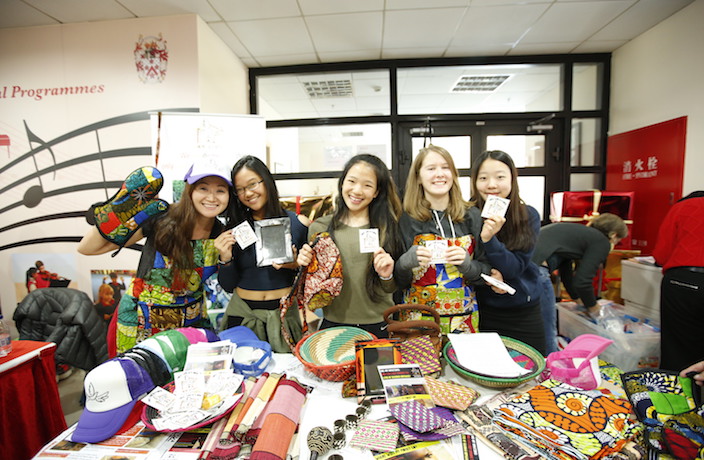 Here's Which Shanghai 2017 School Winter Fairs You Can Now Visit

Gallery: We visit the 2014 Shanghai Sexpo

The 11th annual Shanghai Adult Care Expo (Sexpo) was this weekend, and That's sent our editors to check it out. The ex-international star gives As to our rugby-related Qs.

David Beckham's been in Shanghai again, this time touting his new whisky and partying at M1NT and Myst.

Each month we feature one of Shanghai's best photographers from expat photo group Shanghai Exposed.

From the article: 'If China is the world’s industrial motor, Shanghai is China’s high-performance V8. The metro system – which ran to a modest three lines in 2000 – will open the 59km-long, high-speed line 16 by 2014; it’s now the third-longest network in the world.'