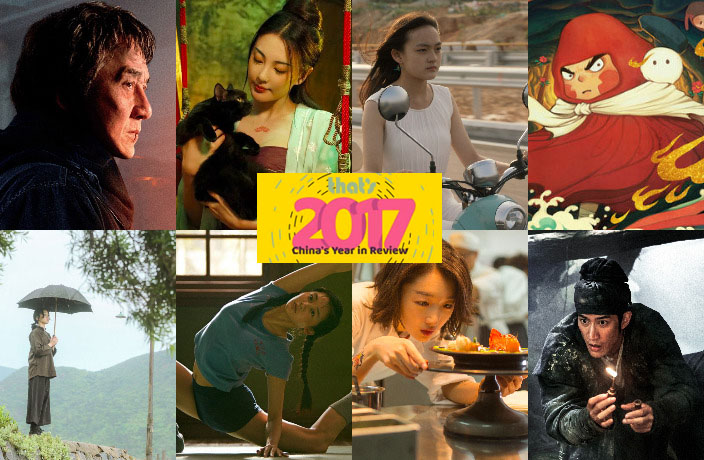 From box office bombs (Once Upon a Time) to record-breaking blockbusters (Wolf Warrior 2), it’s been an eventful year for domestic films in China. Here, we round up some of the best films of 2017. 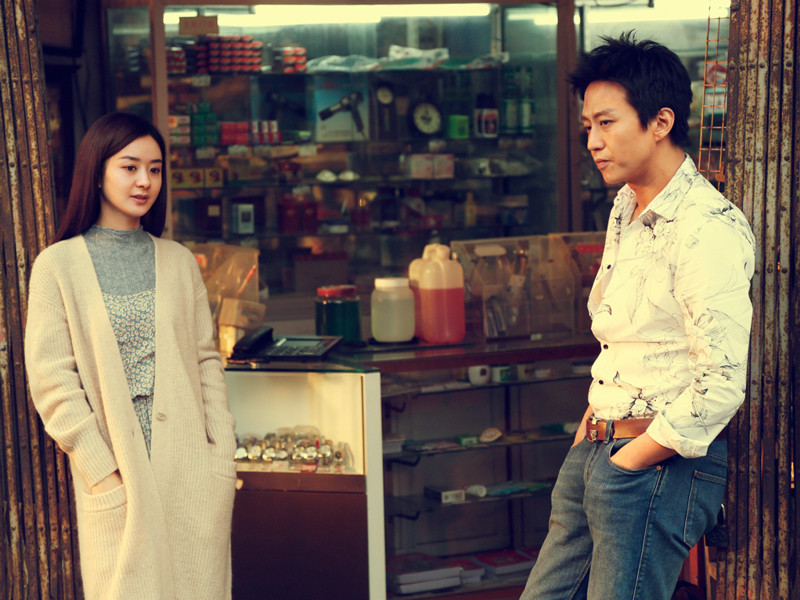 (Han Han)
The third feature-length film by writer and new media icon Han Han is his best so far, pairing a moving, family-oriented story with a Back-to-the-Future-esque plot device. Racecar driver Lang (Deng Chao) has a strained relationship with his father, but after getting into an accident that jolts him back in time to 1998, he meets and befriends a younger version of the man (Eddie Peng), and gains respect for him as he learns the context behind his tumultuous life as a small-town gangster. The film holds a 93 percent rating on Rotten Tomatoes and has been praised for its authentic depiction of rural China in the 90s.

Legend of the Demon Cat 妖猫传 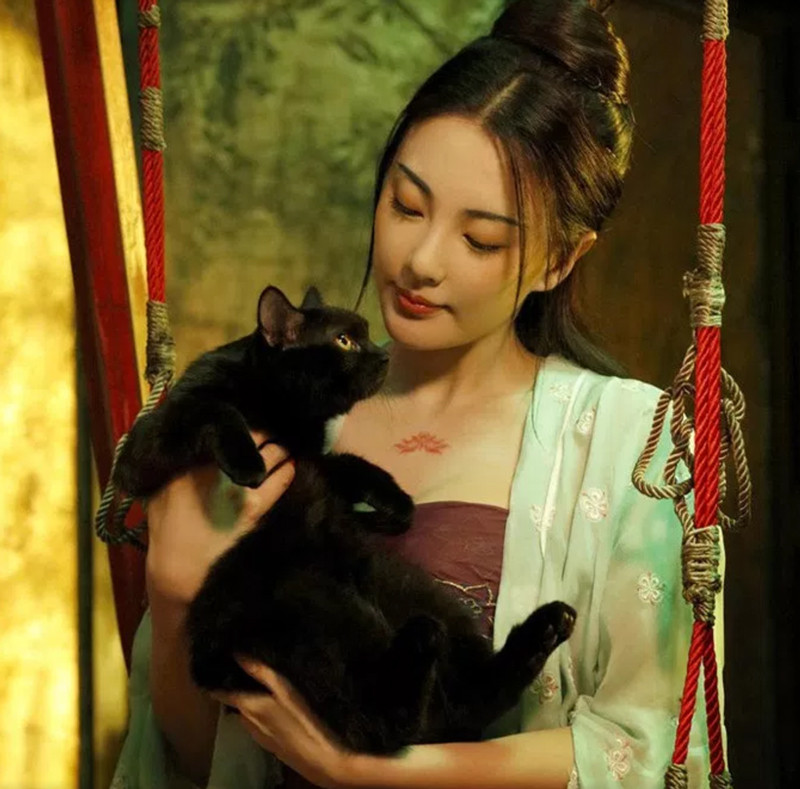 (Chen Kaige)
The acclaimed director of Farewell My Concubine went back behind the lens for this lush and fantastical mystery film. Set during the Tang Dynasty and based on a novel by author Yumemakura Baku, it tells the story of a Chinese poet and Japanese monk who team up to investigate the mysterious death of a famous concubine. Chen spent five years and millions of RMB building an entire city with real rivers, palaces and caves for the film, and rumor has it that the set will be converted into a theme park and opened to the public.

Our Time Will Come  明月几时有 (Ann Hui)
Widely hailed as one of the best Chinese films of the year, Our Time Will Come provides a fresh perspective on the oft-told story of the Japanese WWII occupation of China by focusing on female characters like protagonist Fang Lan (Zhou Xun), a real-life schoolteacher-turned-resistance fighter.  Fang became active in the Hong Kong underground resistance after her boyfriend decided to work with the Japanese, and director Ann Hui brings her story to the big screen with intrigue and plenty of thrilling suspense scenes. The film also stars Eddie Peng as a resistance leader/Fang’s love interest and Deanie Ip as her mother. (Feng Xiaogang)
The latest film by celebrated filmmaker Feng Xiaogang (I Am Not Madam Bovary) is a coming-of-age tale about adolescent performers in a provincial military cultural troupe in the 1970s. Based on a work by Shanghainese novelist Yan Geling, the story centers on He Xiaoping (Miao Miao), an idealistic dancer from Beijing who is hiding a dark family history. Youth has been called a “sweeping marvel” by the Toronto Film Festival and was praised for its elegant cinematography and moving story. The film spent the fall screening at film festivals from Toronto to Pingyao, and opened in domestic theaters after several delays in December. 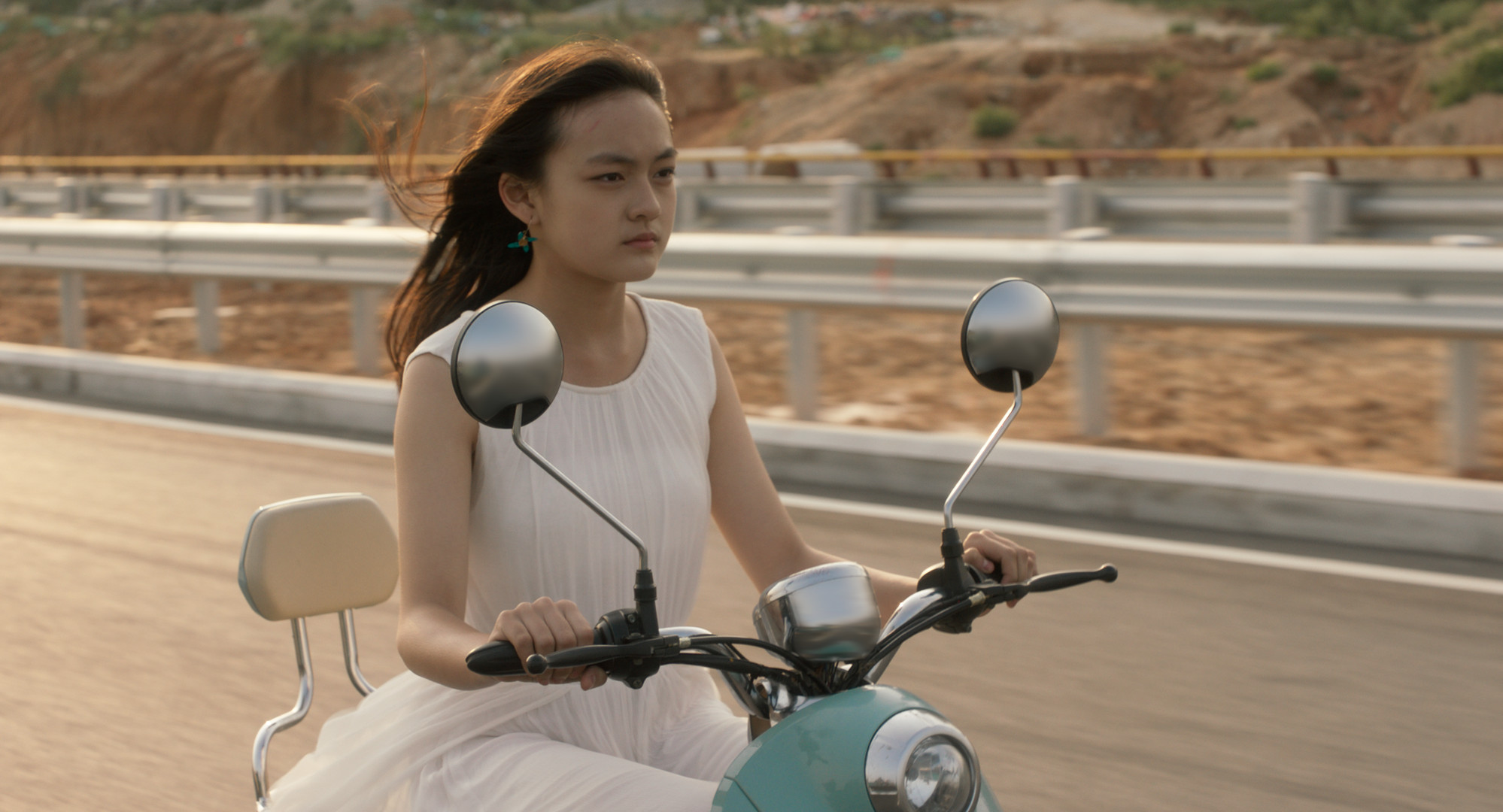 (Vivian Qu)
In a seaside motel in Xiamen, a receptionist (played by rising star 15-year-old actress Vicky Chen) witnesses a prominent local official checking into a room with two preteen girls. What follows is an unflinching portrayal of the aftermath of sexual assault, from victim-blaming to politically motivated cover-ups.  Beautifully shot and tackling an extremely timely subject matter, the film saw limited release in China earlier this year and screened at several film festivals, winning both best film and best actress (for Vicky Chen) at Turkey’s Antalya Film Festival in October.

Paths of the Soul  冈仁波齐 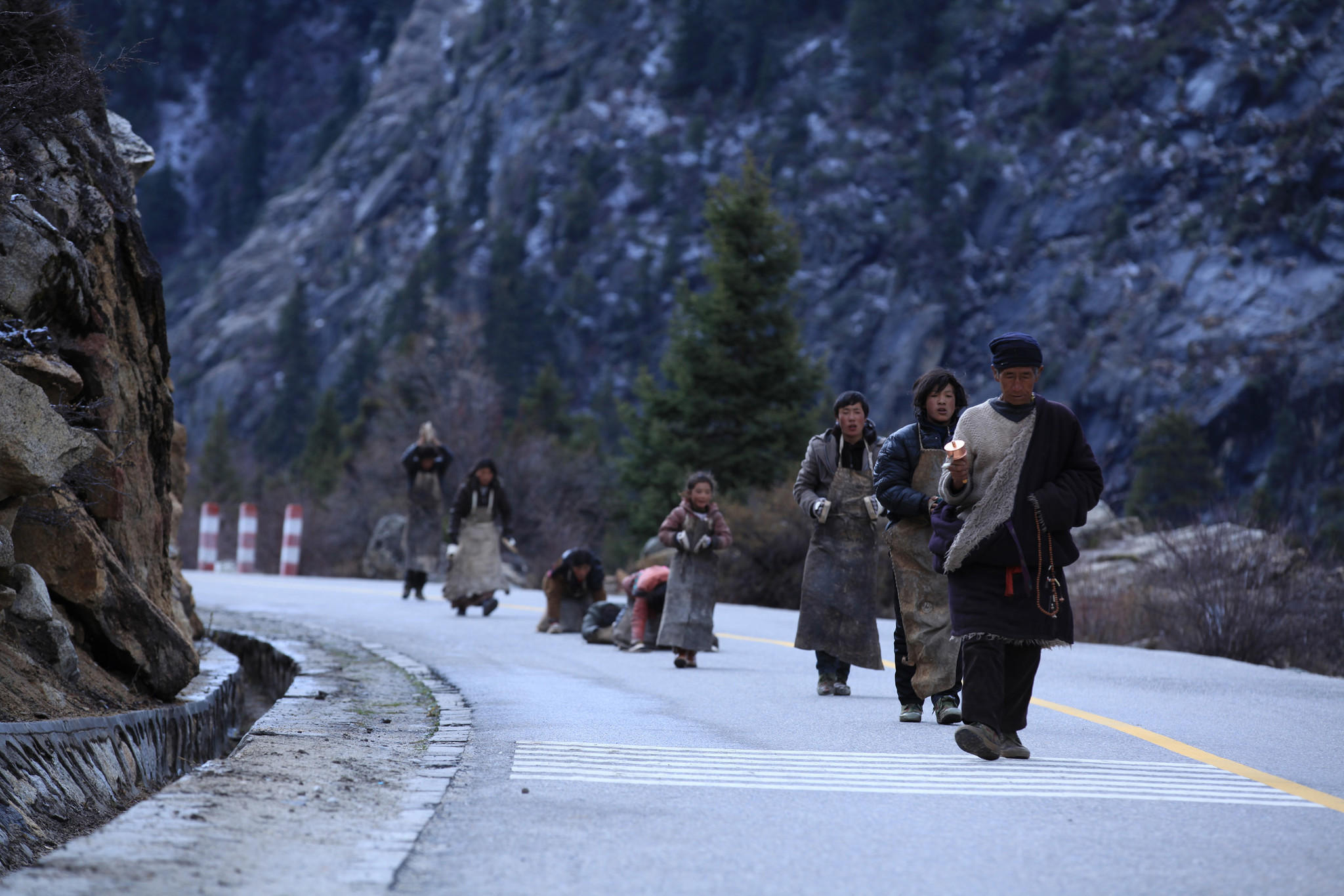 (Zhang Yang)
This indie docu-drama road movie from Beijing director Zhang Yang follows 11 religious pilgrims as they walk for seven months from their hometown to Lhasa, stopping to kowtow every few steps. Acclaimed for both its poignant story and striking cinematography, the film provides a fictionalized account of the pilgrimage, chronicling a birth, death, budding romance and more on the road. Though released in 2015, Paths of the Soul spent over a year showing at film festivals worldwide and featuring in a MoMA exhibit in New York before finally securing a domestic release date in China this past June. 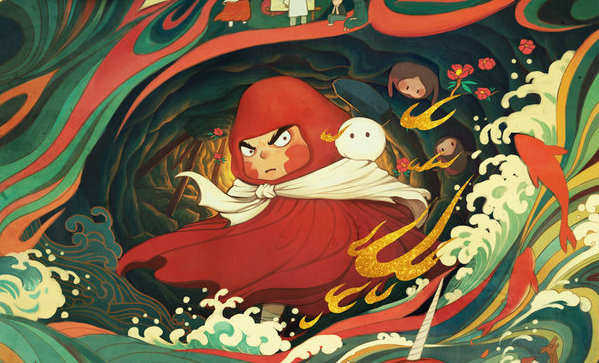 (Bu Sifan)
A highlight of the year in Chinese animation, Dahufa is a surreal and exceptionally dark film about a prince who attempts to free a dystopian village called ‘Peanuttown’ from its oppressive overlords. Ripe with social commentary (so much so that many critics expressed surprise that the film received approval for release in China), Dahufa made headlines when its producer announced a self-imposed rating of PG-13 due to scenes of shocking violence – the government in Peanuttown routinely executes its citizens to quell dissent. Dahufa was largely crowd-funded and its tagline wryly proclaims: “Thanks for the adversity that everyone brought me.” 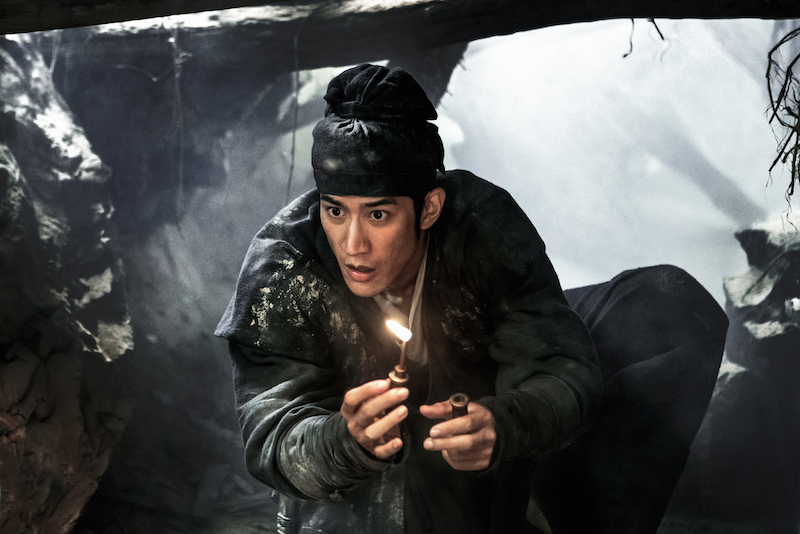 (Yuen Wo Ping with Tsui Hark)
Directed by acclaimed action choreographer Yuen Wo Ping (who choreographed The Matrix Trilogy, Kill Bill and Crouching Tiger, Hidden Dragon) and with a screenplay by famed Hong Kong auteur Tsui Hark, this bombastic fantasy film aims to revitalize the wuxia genre with cutting-edge special effects and a healthy dose of the supernatural. Based on Qimen Dunjia, an ancient Chinese practice of divination and astrology, the film centers on a ragtag group of martial artists who must save the world from a mystical evil force. Also, there may or may not be group sex with demons. 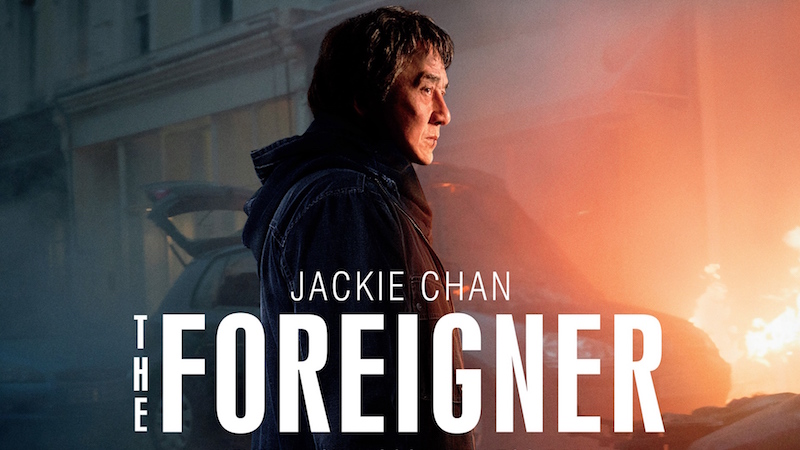 (Martin Campbell)
This buzzed-out Chinese-UK co-production showcases the acting chops of Jackie Chan in one of his first-ever dramatic roles. Chan stars as a Vietnamese immigrant in London who hunts down a group of Irish terrorists after their attack kills his daughter. The 10th highest grossing film of the year in China, The Foreigner also stars Pierce Brosnan and Katie Leung, who Harry Potter fans will recognize as Cho Chang. The movie’s detractors gripe that the plot is formulaic and a bit too similar to Liam Neeson’s Taken, but Chan’s riveting performance as a grieving father quietly hellbent on revenge has been acclaimed.

This Is Not What I Expected  喜欢你 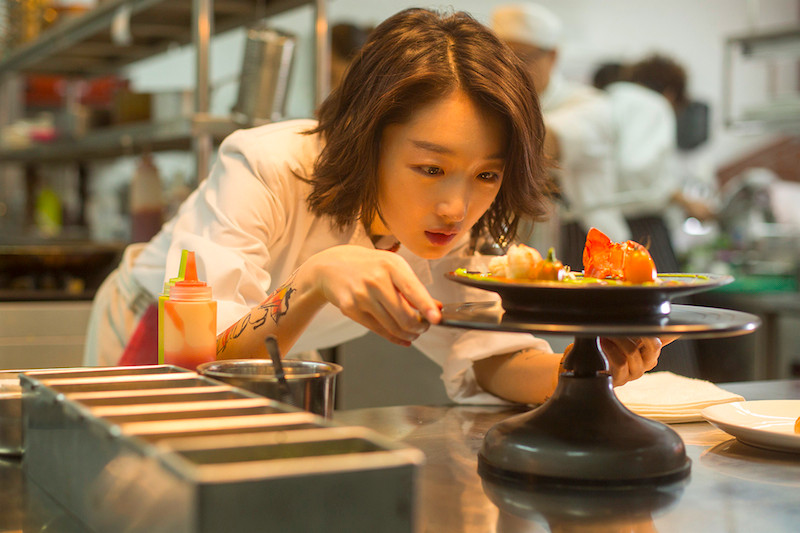 (Xu Hongyu)
Though domestically-produced romantic comedies can be overly saccharine, this stylish romance about a quirky chef and the brooding billionaire that falls in love with her via her cooking is nothing short of charming. The You’ve Got Mail-esque story sees a hotel tycoon (played by Takashi Kanenshiro) have several ill-fated encounters on the street with a brazen and high-spirited woman (Zhou Dongyu) before realizing her true identity. While Zhou plays the slapstick up bit too far at moments and some of the plot points veer into unrealistic territory, This is Not What I Expected shines as one of the best Chinese rom-coms of the year.