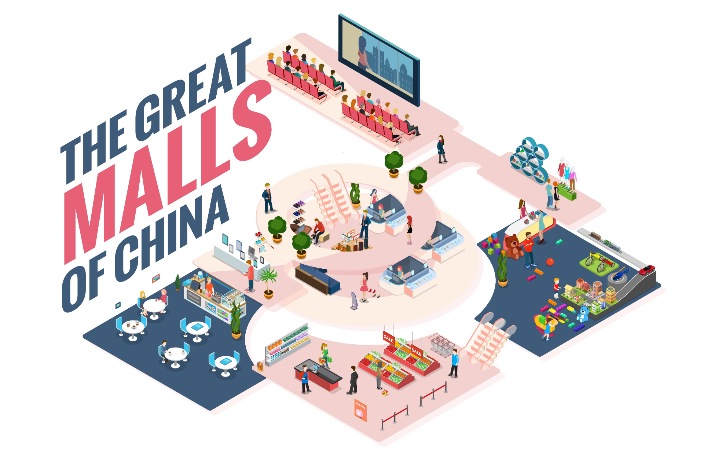 Editor's Note: In 2016, real estate developers completed 12.5 million square meters of shopping centers around the world, and 5.75 million of which are in China. According to an annual report on global retail development by CBRE, seven Chinese cities are on the world’s top 10 most active global markets for retail property development. With an oversupply of shopping malls and the rapid growth of online shopping, however, China’s physical retailers have received repeated warnings of tough times ahead.

In this article, we look at the future of China’s shopping malls with industry analysts and developers to see how they are dealing with the influx of competition, as well as the constantly changing market landscape.

One of my favorite places to write is a restaurant in a shopping center not too far from the That’s Shanghai office. Besides having comfortable seating and fast Wi-Fi connection, its main draw is the fact that it’s always quiet and empty – just like the rest of the mall.

Enormous signs yelling ‘CLOSING SALE’ and ‘OPENING SOON’ are everywhere in this complex. Right next to them are bored shopkeepers, staring into space and occasionally muttering a few words of greeting to passersby in a disinterested manner. It’s a scene that’s not uncommon in other traditional bricks-and-mortar retailers across the country.

Earlier this year, the closure of Pacific Department Store’s 20-year-old branch on Huaihai Zhong Lu – an institution in one of Shanghai’s busiest intersections – made headlines across the country. But warning signs for similar retail establishments surfaced as early as 2011, when two Beijing branches of Pacific also shuttered due to poor performance. Halfway across the world, Sears Holdings has already announced the closures of more than 300 stores in the US in 2017 alone, bringing their store count to around 1,100 – down from more than 2,000 in 2012.

“In China, department stores reigned supreme in the 1990s and early 2000s, but for the past five or six years, they’ve been on a gradual decline as a result of the rise of e-commerce, overseas shopping and the growing preference for ‘experience-based retail.’ Department stores are less able to adapt to these trends than shopping malls, so it’s no surprise that closures are occurring regularly across China and in markets around the world,” says Warner Brown, Associate Director of Research at JLL. 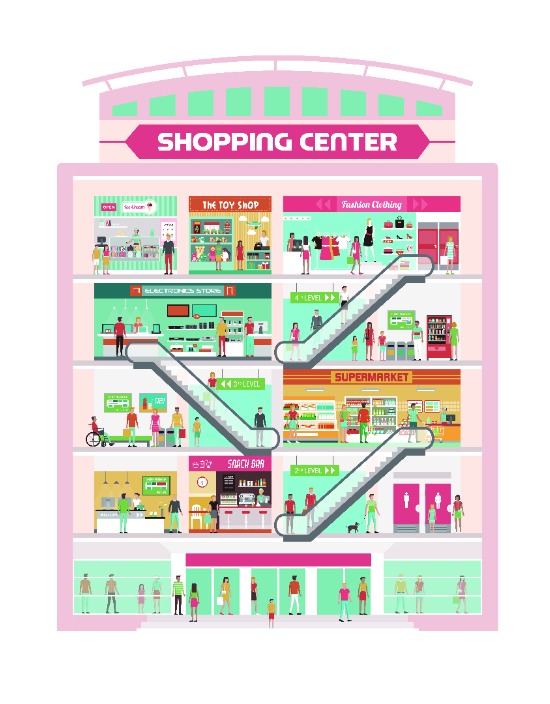 Rebecca Tibbott, CBRE China’s Head of Advisory & Transaction Services for the Retail sector, sees the shift towards embracing an experience-based retail – things that involve in-person interactions and can’t be purchased online – as a global phenomenon. She says, “We just had a call with the Asia Pacific team, and the situations are quite similar in other markets. The only difference for China is that we’re a developing market, things are moving much more quickly than anywhere else.”

“Five to eight years ago, retail property developers had a ‘build it and they will come’ attitude. Now they understand there are risks.”

Malls, according to Brown, are no longer framing themselves as a place for people to buy things, but rather, they need to position themselves as destinations where people can spend an entire day with family and friends. While new properties can incorporate experience-based features right into their original design, existing malls can do so by adjusting their tenant mix to reflect current market trends. He adds, “Five to eight years ago, retail property developers had a ‘build it and they will come’ attitude. Now they understand there are risks associated with malls that aren’t designed to meet the challenges from e-commerce and to rise above the competition.”

Besides location and easy access via metro or highways, having the ‘right’ tenant mix is an important variable in the formula of a successful shopping mall. A few years ago, malls were mostly fashion and luxury-driven. Today, however, F&B outlets, lifestyle and entertainment brands, children-friendly features, as well as fitness-related spaces or retailers make up the most crucial components of a mall. Before 2012, malls used to designate around 15 percent of space for F&B outlets; now it’s up to anywhere between 30-50 percent.

“We did a lot of research, both before and after we opened, to understand who our customers are and what they want,” says a spokesperson of Shanghai K11 Art Mall – the first art-themed shopping mall on the Chinese mainland. The brand also has plans to open up in Beijing, Wuhan, Guangzhou and several other Chinese cities in the next few years. Industry experts see K11’s strategy of ‘art museum retail’ as one of the earliest successful examples of experience-based retail. Back in 2014, its Claude Monet art exhibition attracted more than 350,000 visitors, many of whom would hang around after the show to shop or eat.

“We asked customers about their favorite restaurants, fashion brands, styles, and things like that so we can build the right atmosphere with the tenants we bring in to create a sense of belonging for our target market.”

The importance of the science behind retail property management shouldn't be ignored when designing a new shopping mall. CRBE's Tibbott adds, “Landlords who do more research (competitive and consumer analysis) will likely be more successful than those who just lease spaces to whoever approaches them.”

Last year’s Singles’ Day shopping event was a big one for Alibaba. In just 24 hours, the e-commerce giant recorded RMB120.7 billion in sales – a 32 percent increase from the previous year. In April 2018, the company will reportedly be opening ‘More Mall,’ a 40,000-square-meter shopping complex in Hangzhou.

It’s too early to tell whether Alibaba’s latest offline expansion plans will be successful or not, but many high-end shopping centers and retail brands have adopted O2O strategies in the last few years, integrating the convenience of online shopping with in-store experience. 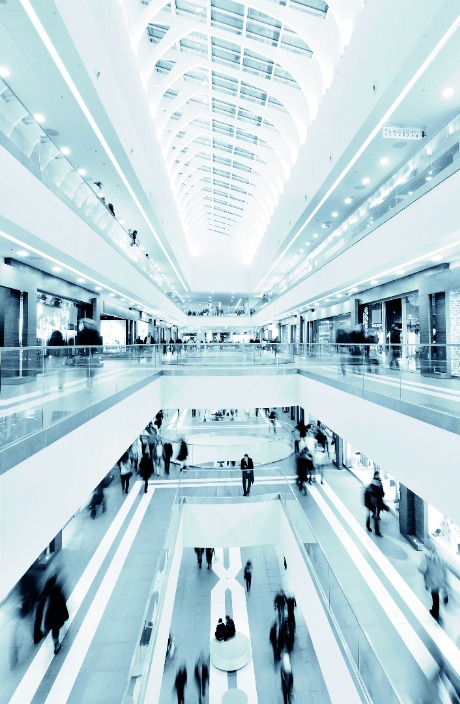 “Most malls have realized that the best way to deal with the rapid changes in technology is to embrace it,” says Brown at JLL. Besides simple necessities like allowing customers to use mobile payment and running different promotions to encourage social media engagement, he says properties and brands should view the growing usage of smartphones as a great business opportunity. Wi-Fi and Bluetooth integration, he points out, are particularly useful for customer behavioral analysis.

This is something that the folks at HKRI Taikoo Hui are well aware of. “People’s lives are integrated with their smartphones,” says a spokesperson from the mixed-use development on Shanghai’s Nanjing Xi Lu that includes a gigantic shopping mall, two boutique hotels, two premium Grade-A office towers and a serviced apartment building. “Technology can help shopping mall operators gather real-time data and immediate feedback to enhance customer experience. The use of big data can help operators figure out market trends and tailor features that suit the needs of shoppers.”

Soft-opened since May 2017, this project is a joint venture between HKR International Limited and Swire Properties Limited, two real estate development giants with dozens of successful commercial, retail and residential properties across China and Asia – including Beijing’s Taikoo Li Sanlitun (Swire) and Discovery Bay in Hong Kong (HKRI). Even so, the two shareholders refuse to rest on their laurels. “We never simply copy and paste, not even our own successful models. To us, the retail sector is very market-driven, and there’s never a ‘finished’ project,” the spokesperson explains. “Changes are always happening and staying relevant is key."

“The increasing popularity of online shopping does not obviate the need for shopping malls. Shoppers’ preference for [physical retailers] remains strong, as they are demanding an omni-channel shopping experience,” says Maureen Fung, director of Sun Hung Kai Properties (China) – which operates Shanghai’s iapm, Beijing APM and Parc Central in Guangzhou, among others. She adds, “The future of retail will depend on a harmonious integration of online and offline features; technology and creative experiential elements are the key to attracting shoppers amidst the challenging retail market in China.”

JLL’s Brown believes that developers are still “optimistic about the opportunities, but also equally concerned about the competition.” While the number of projects under construction will still remain strong over the next few years, he predicts that it will decline in the long term as a result of saturation in some markets.

He adds, “Local governments may also tweak zoning to reduce the supply of land designated for shopping malls, as it’s not in their best interest to have poorly performing malls in their cities. We’ve also seen some struggling properties being converted to other uses – such as co-working spaces – in places like Beijing and Shanghai. This is also something to watch.”

“It’d be overkill to say investors are losing hope in shopping mall development,” Brown comments, referring to a report by his company that predicts China’s consumer class population will grow by 70 percent over the 2015-2020 period to reach 220 million people. “Income levels are rising, and retail sales still see generally positive results in most government-released data, while officials have said they want consumption to play a bigger role in economic growth – all of which point to retail being a big part of China’s future.” 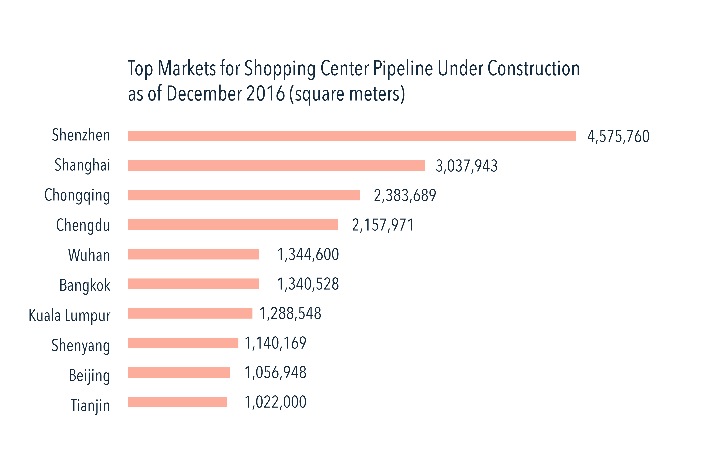 According to another report by CBRE, as of December 2016, Shenzhen, Shanghai, Chongqing, Chengdu and Wuhan are the world’s top markets for shopping centers in the construction pipeline. Tibbott says, “There’s definitely a concern for oversupply in these cities – especially for the lower tier cities where there aren’t as many domestic or international tourists coming in."

She concludes, “Over the next few years, the experience-based retail trend will continue, and more landlords are developing with this in mind. We will, however, see malls that don’t change or evolve with this format close down. But there are still heaps of international retailers entering China, which shows signs of a healthy market.” 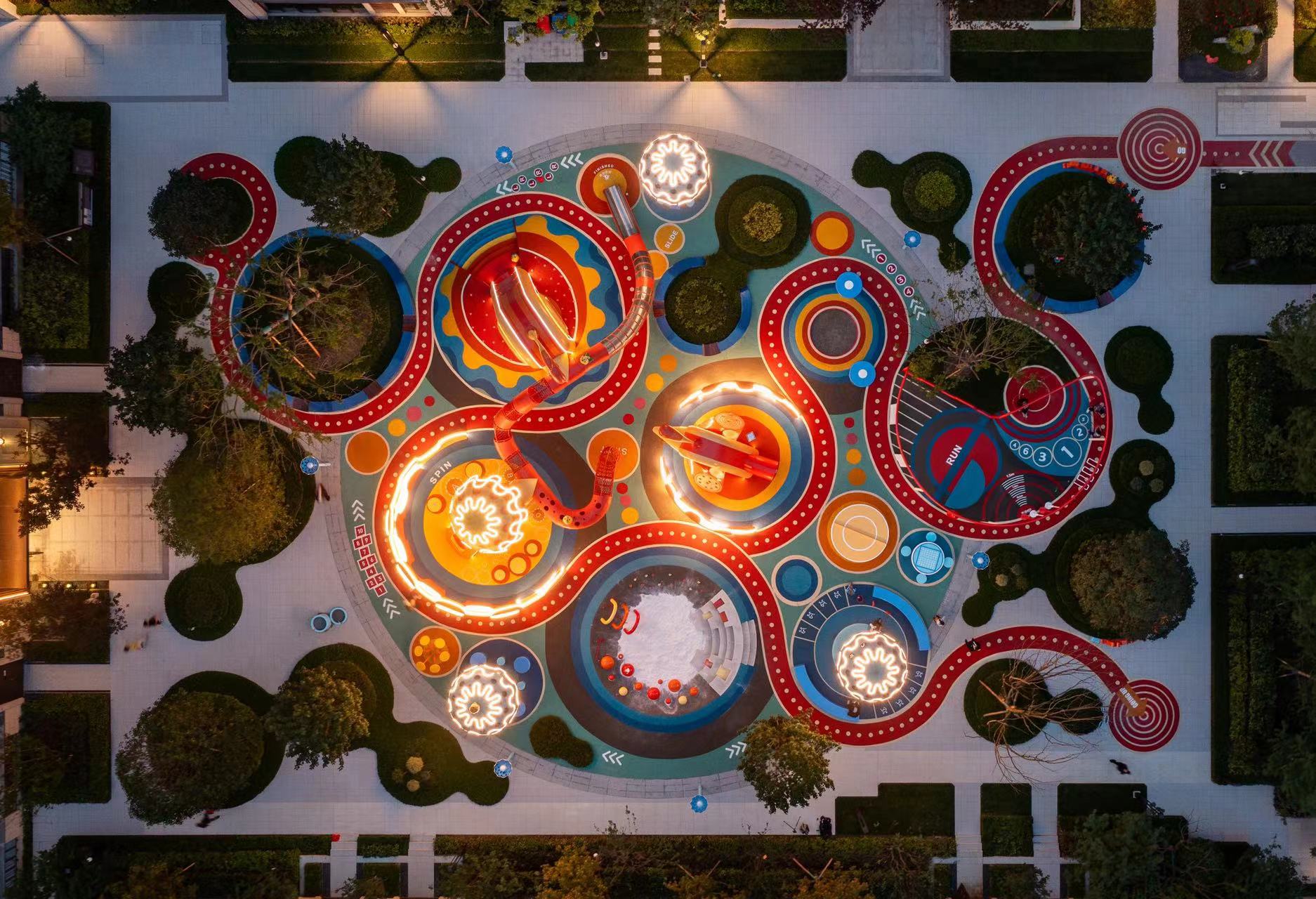 As architects, 100architects conceives their projects to be used and occupied, not only to be perceived and watched.