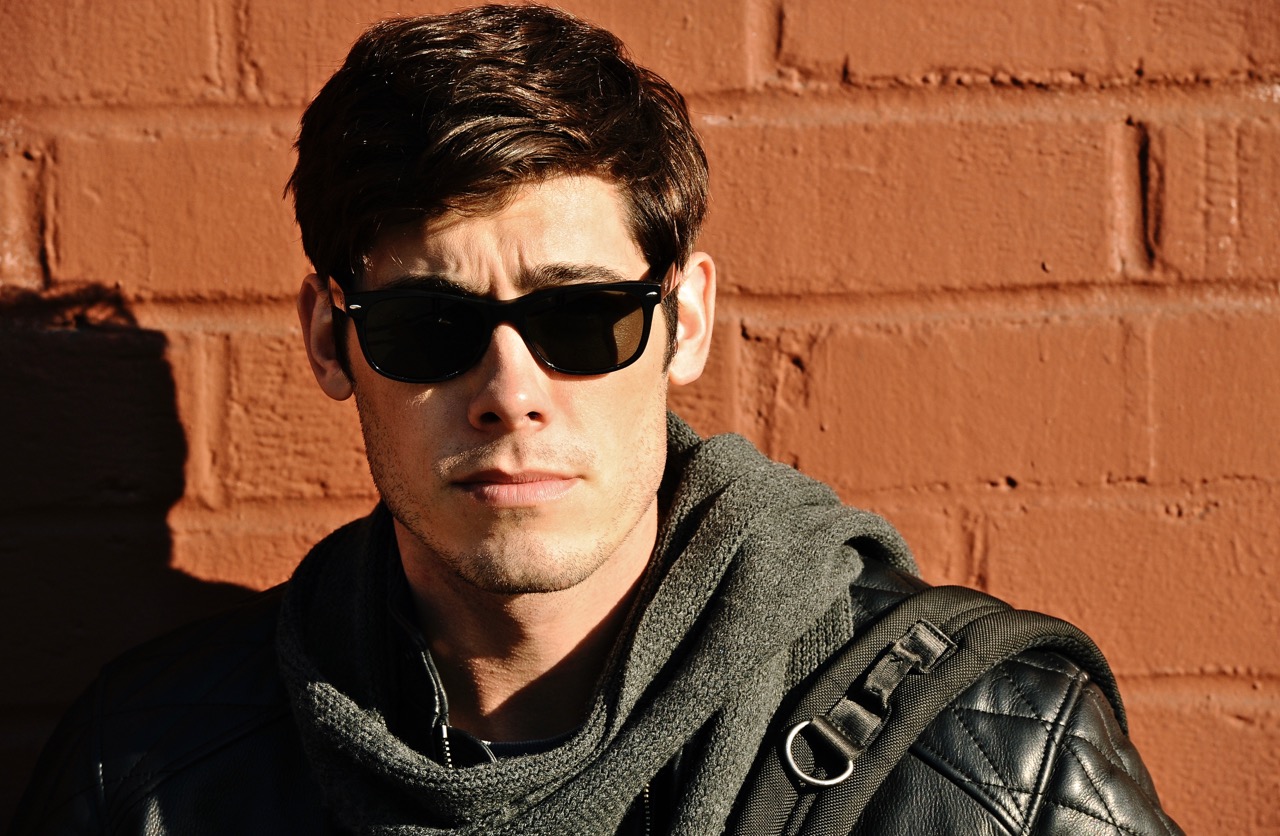 Boasting a 100-million-dollar budget, Asura is the most expensive Chinese film ever made. Though it features an international cast, the film is shot completely in Mandarin and is based on Buddhist mythology, with groundbreaking martial arts and fighting scenes that will conjure up comparisons to Crouching Tiger, Hidden Dragon.

If male lead Matthew Knowles, a US-born actor fluent in Mandarin, has anything to say about it, tigers will crouch for cover and dragons will stay hidden as Asura vies to become China’s most prolific mainland film export.

Knowles himself has a story almost as improbable as the mythology behind Asura. After playing football at Clemson University, he taught English in rural Guizhou, learned Chinese, put in the hours and landed a series of TV and film roles culminating in this latest blockbuster.

Now based in Los Angeles, Knowles recently spoke to That’s about finding stardom and the future of the Chinese film industry.

What initially brought you out to China to teach after graduating from Clemson University with a degree in civil engineering?
It was really the fact that I grew up going on these humanitarian and mission trips… they were the most powerful experiences I’d had.

And the studying of engineering was really because I didn’t know what I wanted to do in my life at that point – I figured I could do humanitarian work with it.

But then I got wrapped up in football, and literally found myself on my mom’s couch after our bowl game following a third surgery on my knee. School was over, football was over and I had graduated from school with a degree I didn’t really want and was sitting there like, ‘my life as I know it is over, what am I going to do?’ I thought, hey, maybe this is a perfect opportunity to go somewhere in the world and help people.

Is it true Dabo Sweeney (universally acclaimed American football coach), gave you 1,000 dollars to kick start your China adventures?
He did, he did. And it was really cool because I walked onto the football team and he was the guy who kind of fought for me to get on the team, whereas some of the other coaches weren’t gonna let me, but he believed in me. 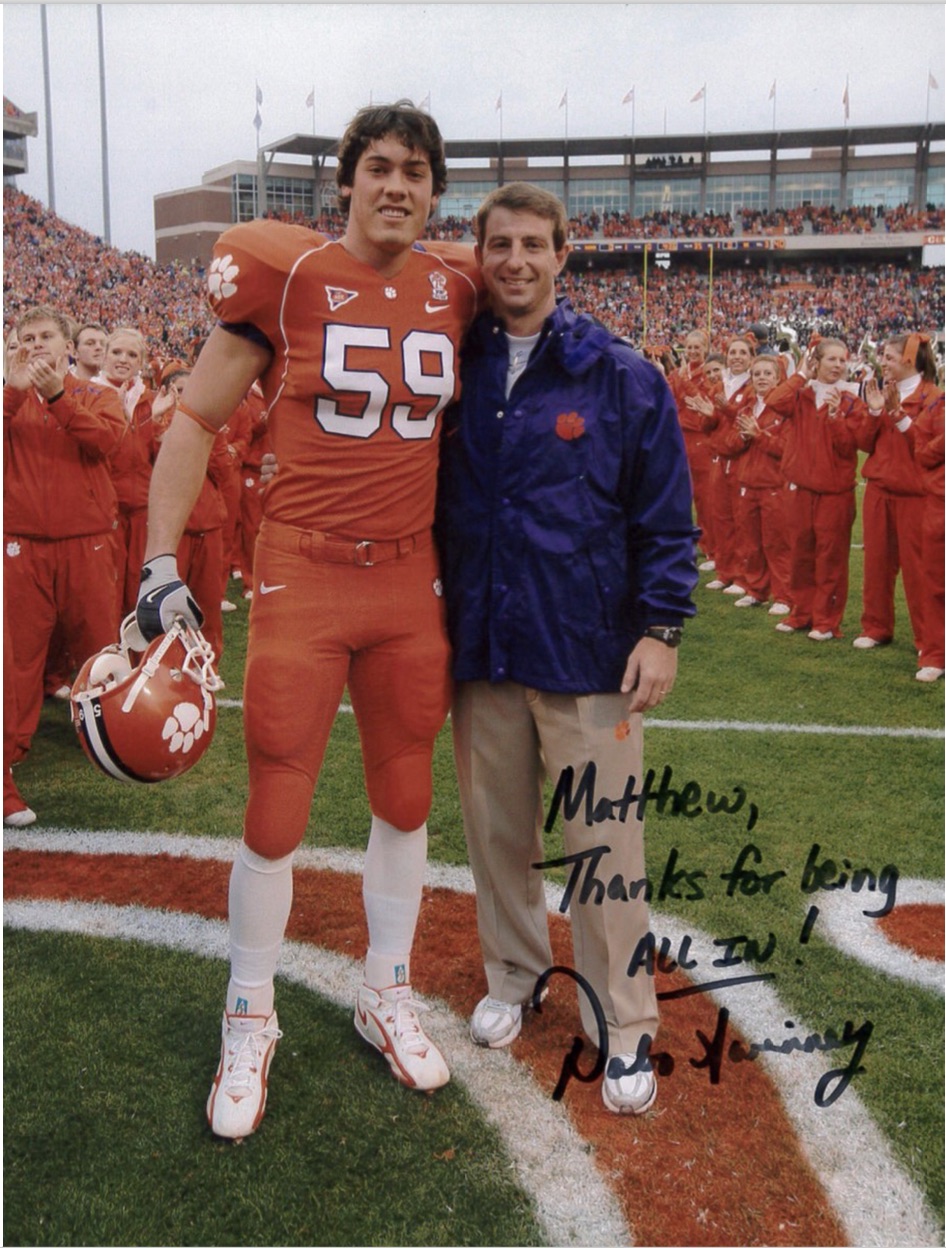 What was the first baby step that put you on the path, or catapulted you rather, to where you are now in your acting career?
Basically, what catapulted me was number one my Chinese language ability and number two, I could sing Mandarin songs. When I got to Chengdu… I met some TV hosts in a Sichuan KTV. They heard me sing and they were like “Hey, you need to get on one of our shows and sing and be a guest.” And so I did that and ended up signing with an agent.

I starred in everything possible after that. But it was my signing coupled with my story I think that made me different. I came to China not to be a celebrity but to help people in Guizhou. It was not a story Chinese people had heard before and it kind of opened doors and the hearts of Chinese people, they were like “this guy cares about our country and our people… and can sing really well.”

What is your go-to KTV banger?
Man, I have a few. Eason Chan’s ‘Long Time No See’ (好久不见) and also Wang Lihong’s ‘Ni Buzhidao De Shi’ (你不知道的事) – that was in the first Chinese movie I ever saw.

So I sent in my resume and reel, but you know how it is in China, sometimes there is no follow up… so I grabbed my suitcases and flew back home. My plan was not to come back for six months, a year or maybe ever. But literally the day I landed my mom showed me a letter that said I’d been accepted into the Beijing Film and TV Academy.

This was the first of July when I got this. And the letter said I had to respond by the first of June [laughs]. Three weeks later I was back in China. 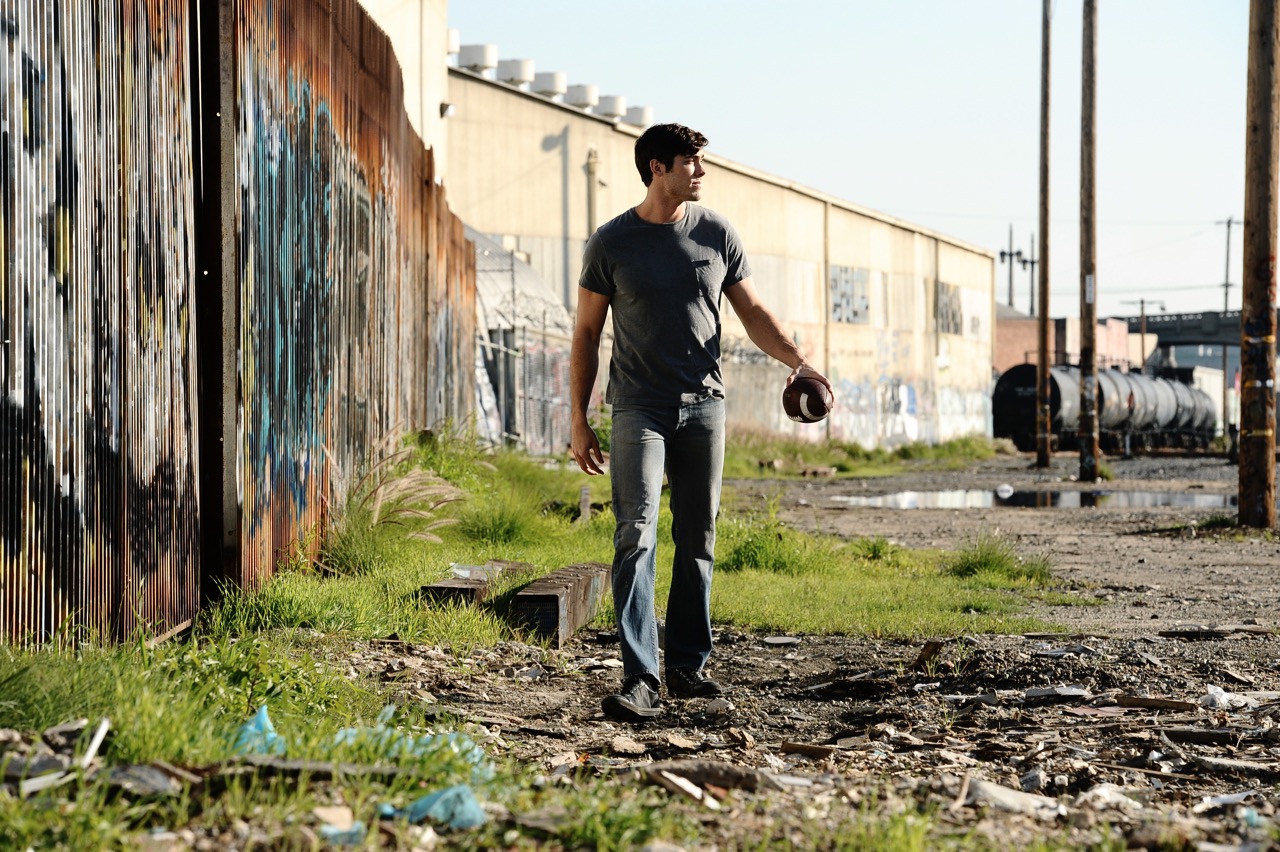 I know Huang Xiaoming [Chinese megastar] is a graduate of BFA and that you’ve been able to hang out with him a couple of times…
Yeah yeah, he is good friends with some of my friends we have eaten dinner a few times.

So what would you have done back in the US if the Beijing Film and TV Academy didn’t work out?
I was looking to continue my acting, going to LA or possibly Atlanta.

I had been learning the Chinese method of acting – communicating exclusively in Chinese – and I struggled with it to be honest because they focus on a lot of physicality and how you look, whereas the American style is all about your internal and emotional life.

It was really cool though to see that different perspective on how people act in China and how it isn’t necessarily bad acting or overacting when you are thinking of it from a Chinese cultural point of view.

Let’s talk about Asura, where you play the Chinese version of Hercules. It’s still in postproduction so you understandably can’t divulge too much, but can you tell us what makes Asura really stand out?
It’s a really cool project, it’s something that has never been done on this scale before in China.

What is super cool is that the director, Peng Zhang, has a big stunt background, and for some of the scenes they have brought on a guy named Damian Walters, he is one of the most famous parkour guys in the world. He did the Assassins Creed freefall scene. So he’s like a legend.

From purely martial arts and action movie perspective, it’s gonna be really cool to see things that’ve never been done before. Add to that this huge and epic story and demi gods fighting back and forth, good vs. evil, it’s a really epic movie. I’m totally pumped to be part of it. 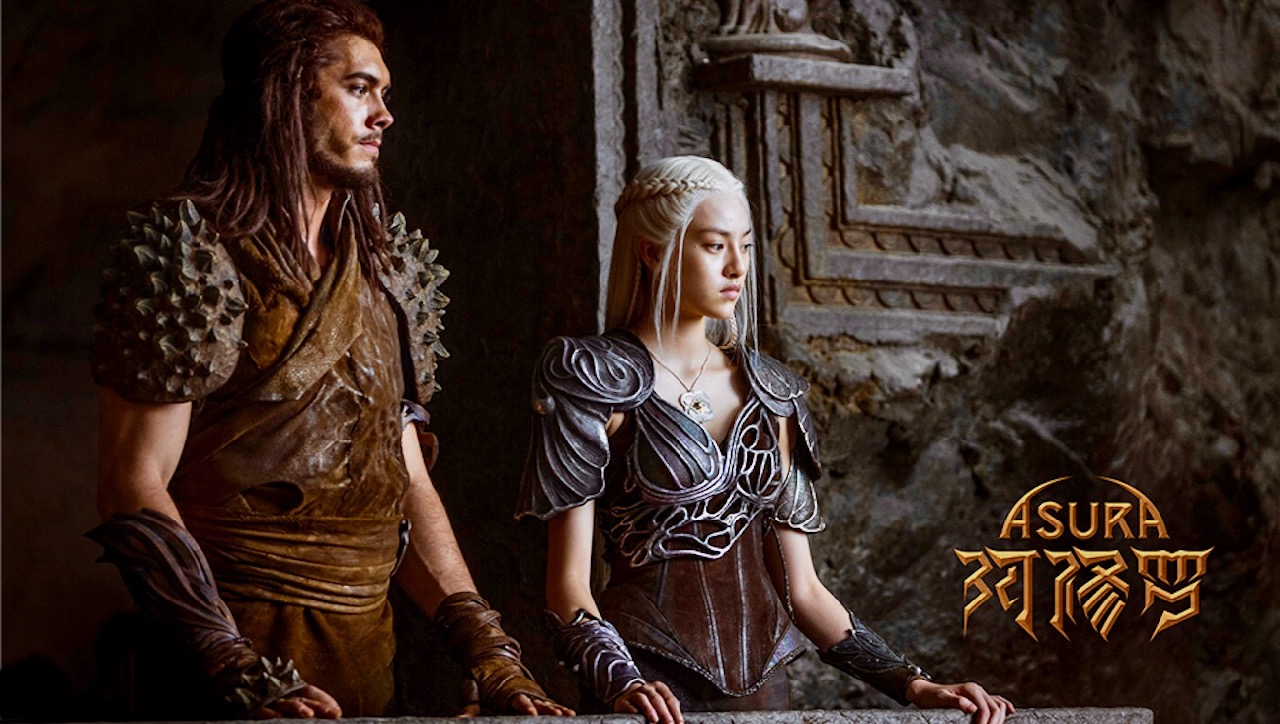 And this isn’t The Great Wall [Chinese-US co-production starring Matt Damon] where your lines are in English. Asura is entirely in Mandarin, is that correct?
Yeah, the entire film is in Mandarin, I think it is the beginning of a trend in the future. I don’t think it is only going to be English language films that get out of China, I think it is going to be more and more Chinese language films. When you have something good like Crouching Tiger, Hidden Dragon, people don’t care what language it’s in, they just want to see it.

You’re now based in LA, the mecca of acting. What are you working on?
I’m filming an action film now called Bond: Kizuna, which is about the Japanese mafia in LA. I play like one of the main assassins, the bad guy – my first ever bad-guy role.

It was because of that uniqueness – and the explosion of the Chinese movie industry – that I was in the right place at the right time with the right skillset to be able to take advantage of the right opportunities. 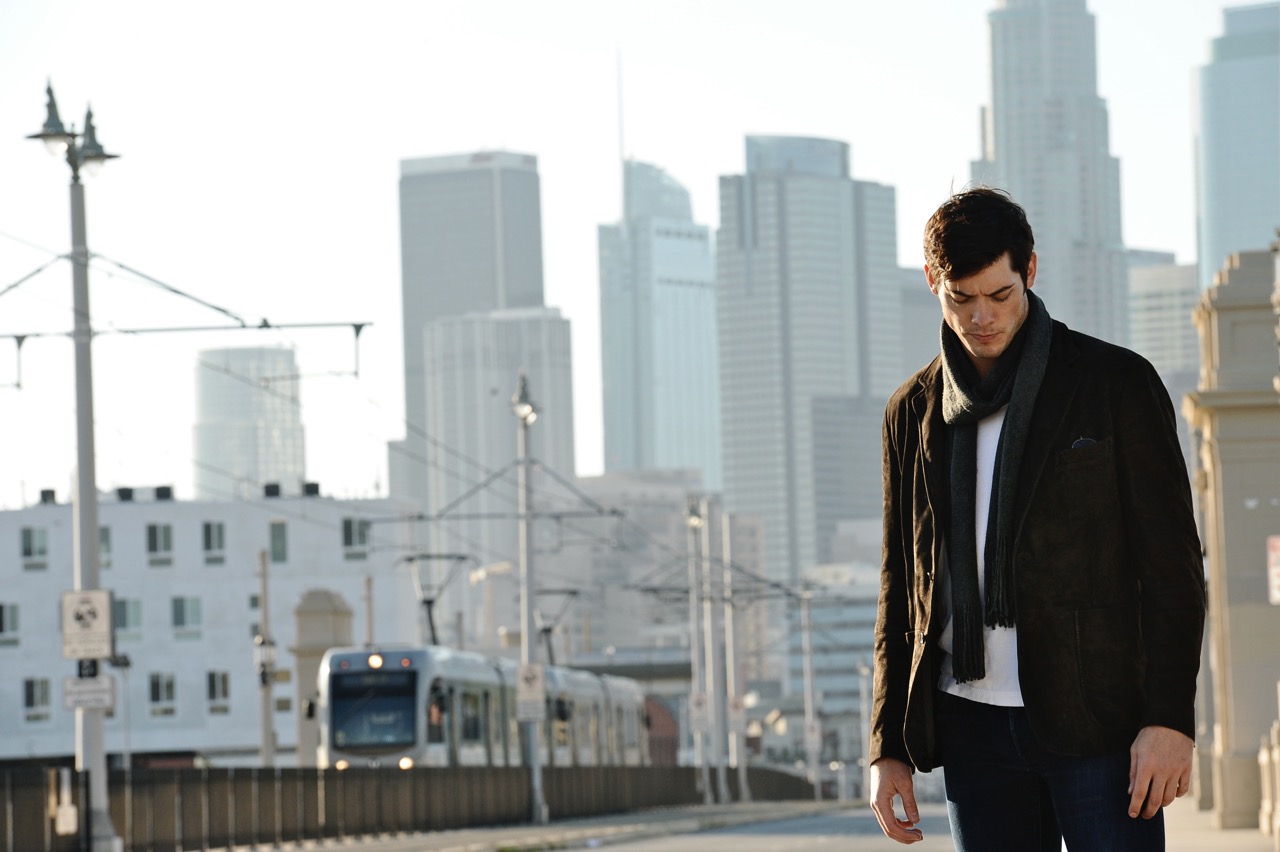