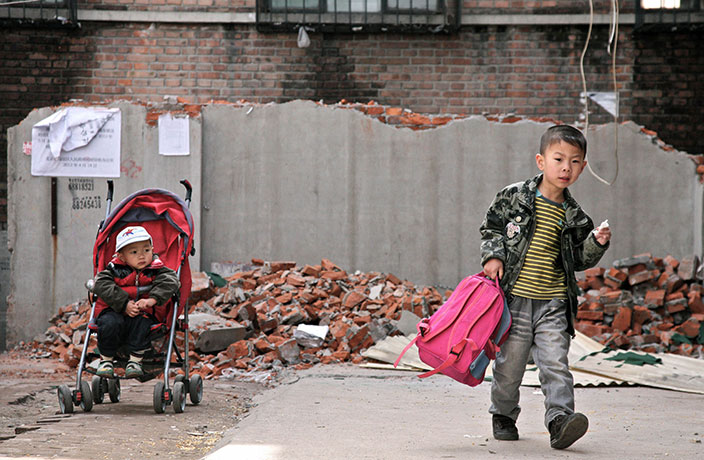 This story is part of our Hukou Series.

“Thanks for your kindness. I know you mean well for us, but we should go now,” read the suicide note placed beside the four children.

They died together, each drinking pesticide, the youngest a five-year-old girl.

The 2015 deaths shocked China. Officials made statements, change was promised, hands collectively wrung, and the children’s parents – who had both left the impoverished village for work – publicly took responsibility for not being there.

“I have truly failed them,” mother Ren Xifen told State media. “How I wish I could go with them.”

The dead were ‘left-behind’ children, and although their fate was extreme, their plight is a common one, with a 2013 government backed survey estimating left-behind children number 60 million, or more than 20 percent of all Chinese children.

But it isn’t that people like Ren want to leave their children behind. Instead, the millions of broken families that define modern China are the human cost of maintaining China’s household registration system, a Soviet-inspired ‘internal passport,’ also known as the hukou.

Today, millions of migrants live in cities with hukous registered in other parts of China, making it more difficult to access government sponsored healthcare, purchase property and – key to most parents – education.

"The hukou system is currently used as a gatekeeper”

Although children in the countryside may have fewer educational resources, moving to a city can deny access altogether. The rules vary depending on location, but migrant children’s access to public schools is often subject to a quota system and parents will need to pay a fee, which many, like Ren, cannot afford.

"I am illiterate and cannot even write my own name,” Ren told media after the deaths. “I wanted them to perform well in school, unlike me, living a hard life."

So Ren, like millions of others, left her children behind.

But why force her to make that decision?

The answer can be found in the 90s and early 2000s, when economic reforms led a quarter billion people to move to Chinese cities.

During that time, cultural anthropologist Dr. Yan Hairong was on the ground, documenting the migration and the role of the hukou.

A gatekeeper to the cities has proven useful in a country of some 1.3 billion. Although people are mostly free to enter cities and find higher-paying jobs now, the hukou limits the number choosing to do this by making city life less attractive.

People registered in the countryside – where they own land and can access social services – will rethink a move to the city, where wages may be higher but benefits are harder to come by. If they make the move, it’s often only for a few years, after which they can return to their land in the country.

The result is that China, despite extensive migration, largely dodged the slums and outbreaks of disease that plague other high-population countries like India, where freedom of movement is protected by the constitution. 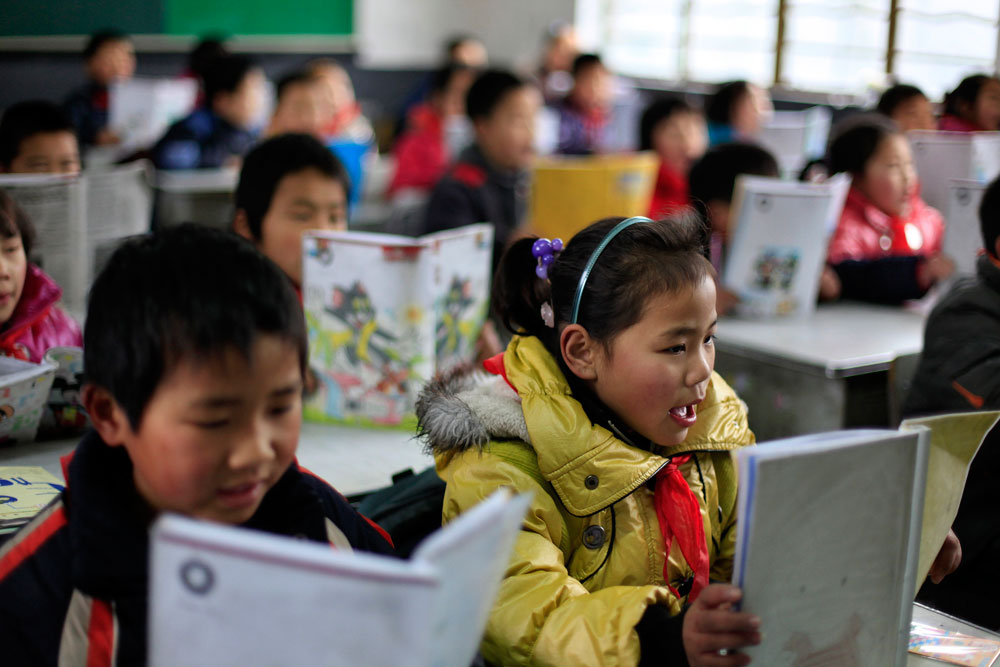 Part of China’s economic miracle can also be traced to the hukou. By maintaining the system, businesses are provided with millions of people willing to work for low wages, before returning to their home in the countryside.

“What’s being misunderstood today, [the hukou] is being seen somehow as evil,” says Yan. “The view is mainstream – not because most people share it, but because the people who have this view are very vocal. When you look at newspaper articles, you have a single voice, critical, condemning.”

Anecdotally, most Chinese view the hukou as necessary to control migration to cities and maintain public services.

And they may be right. Kam Wing Chan is a professor at the University of Washington and has written extensively about migration in China. He points out that local governments don’t rely heavily on households for funding, so more migrants in a city does not mean more cash in the budget.

There have been abortive attempts at hukou reform in the past, but the Chinese government says it will be slow and ‘orderly,’ with a planned 100 million migrants – about half of the total – to get city registration by 2020.

"It has created a situation where you fracture families”

“If the hukou reform continues at the current pace – reducing the percent of migrants by about one third of a percentage point a year – it will probably take another 30 or 40 years to abolish the hukou system,” says Chan.

That is too slow for experts like Dr. John H. Bacon-Shone, a former member of the HKSAR Government Central Policy Unit and current director of the Social Sciences Research Centre at Hong Kong University.

“I’m not suggesting it’s an easy problem, but they have to find some way to do it,” he says. “There would need to be a transition period, but I don’t accept that they can’t cope at all. Many people who want to move have already moved.”

Bacon-Shone points to the one-child policy as a rule that was defended, until being dropped with little impact.

“I can’t see that [the hukou] has had any positive impact… it has created a situation where you fracture families,” he says. “It may not be as visible a consequence, but it doesn’t mean it’s a lesser one.”