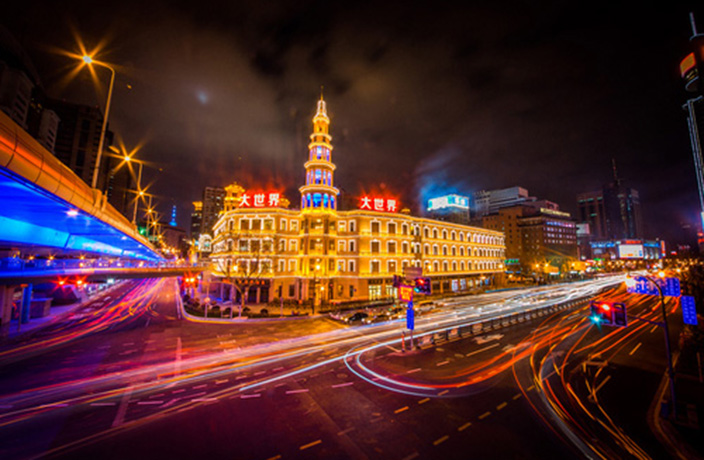 Shanghai Dashijie—you know, the building on the corner of Xizang and Yan’an—is officially open to the public again as of today, March 31. The building is one of the city’s oldest and most historic, dating back to 1917, but was shut down in 2003 due to an outbreak of the SARS epidemic.

Now, over a decade of renovations later, the building has been restored to its former glory, with the city hoping that it will once again be one of Shanghai’s must-see tourist attractions.

Dashijie, or Great World, is an indoor amusement park containing a wide variety of entertainment, from operas to acrobatics, all of which can be viewed with a single entry ticket.