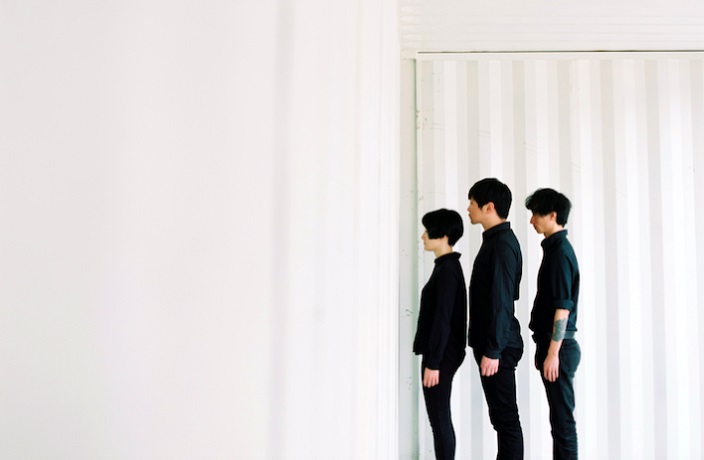 Since emerging from the Beijing underground a dozen years ago, RE:TROS has been among the standard bearers for the country’s postpunk influenced indie scene. However, as they prep their first album in eight years, frontman and guitarist Hua Dong promises a “remodeled” version of the band, stressing that they’re not a punk band anymore.

At over 12 minutes long, their first single from the project ‘At MOSP Here’ is a sign of things to come. While it retains the group’s trademark intensity, the song is built on urgent electronic beats achieving Hua’s goal to have fans treat them as a new band.

“Over these eight years, we have been trying to make more interesting music. We were looking for a more open way of integration to creation, rather than following a particular style or direction,” he explains.

Since moving from Nanjing to Beijing in 2003, Hua has been among the country's indie vanguard by leading RE:TROS. Their 2005 debut, Cut Off! featured legendary producer Brian Eno on three tracks.

Signed to Modern Sky, they’ve remained a staple at the Strawberry Music Festival, while touring America several times and opening for Gang of Four on their 2011 Australian tour.

However, if bands like Bauhaus, Joy Division, Television and Pere Ubu were models for the group’s early blueprint, Hua credits acts like PVT, Liars, TV on the Radio, Einsturzende Neubauten and Tune-Yards as influencing RE:TROS 2.0.

“The greatest impact on us has been Battles,” he adds. “Their musical imagination, their concepts and structures have been a great inspiration to us. Because of them, we began to try use loops in creating music.”

The group is continuing their experimental approach with their upcoming national tour, which stops off at MAO Livehouse on April 21. While they recently released a second single, the gothic bluesy ‘Pigs in the River,’ RE:TROS plans to use the upcoming shows to workshop the songs with an eye towards releasing the album in the second half of the year.

“It’s difficult to change the way you create,” Hua notes. “For this album specifically, we added more synthesizers, which reduces the weight of the guitar. We also used a lot of loops for simple motivation to start that we built into relatively complex movements.”

“All of this makes the new songs sound structurally and conceptually different from the traditional rock and roll of our past albums. We’re still in the process of throwing away a lot of songs that had some details that we just weren’t able to solve perfectly.”

While some groups would cringe at the idea of touring behind an album that audiences have yet to hear, Hua smiles at the challenge. "When you’re trying to create something new, why not try to go further? We’ve played some of the new songs at music festivals to let people feel the changes we have gone through. When you really win the respect of the audience, you feel very happy and pleased,” he notes.

“After all, some people will look into the depths of the music and find a place where they can resonate with each other. It’s because of those people that the foundations of China’s indie scene can continue moving forward.”