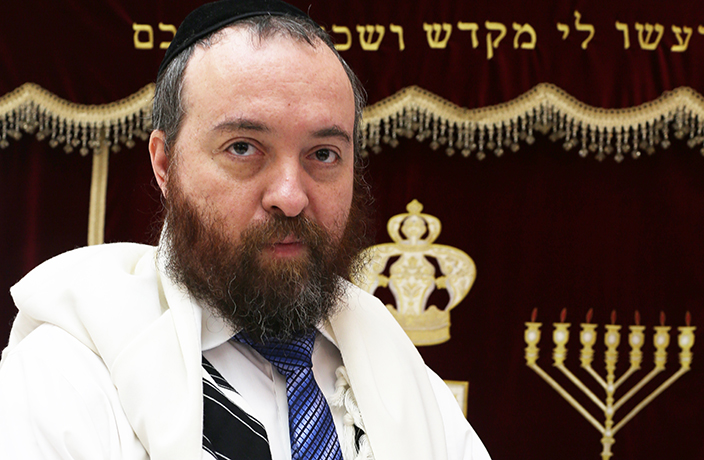 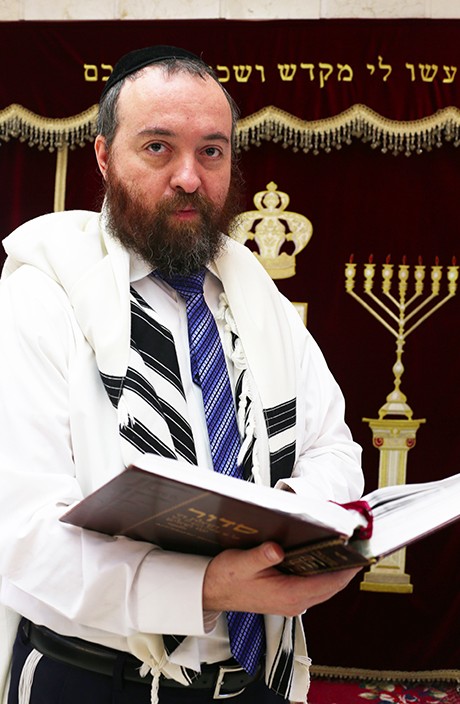 Senior Rabbi Shalom Greenberg tells us about religion, the Jewish community in Shanghai and his teachings in the city.

I knew I wanted to become a rabbi from a very young age.

I grew up in a religious home and wanted to help Jewish people who were not familiar with our religion become involved.

My father was a diamond cutter in Israel, where I was born.

I have 16 brothers and sisters, including a brother in Pudong. They are all over the world doing exactly what I’m doing.

My wife Dina and I belong to a movement called Chabad Lubavitch, which started about 250 years ago in Eastern Europe. We believe we are obligated to get other Jewish people involved in Judaism and not just think about ourselves.

No human being should be judged on his relationship to God. It is an individual thing.

God did not call me this morning and tell me, “You be my policeman,” or “You be my representative on Earth and dictate to people what to do.”

As long as you are a good person, and aren’t hurting anyone, every person has their own journey.

When I married Dina, we decided to go to a place where there was no Jewish infrastructure and build one.

I came to Shanghai 14 years ago. I was invited by the Jewish people who lived here.

China had just opened up in 1998. There were 100 to 200 Jewish people in Shanghai and they wanted a rabbi to help them get involved and be part of the Jewish community.

I’ve stayed for so long because of the love of what I am doing. Taking a bunch of individuals who live here temporarily and turning them into a community.

When we first came here, the center of Jewish life was our home and that is where we invited people to come and celebrate Judaism with us.

There are now more than 2,000 Jewish people living in Shanghai. We have a pre-school, a Hebrew Sunday school and the only place to eat kosher in Shanghai. Residents, travelers and tourists alike can eat kosher food and celebrate the holidays, Judaism and Shabbat.

There are more than 10 different ways to spell Hanukah, depending on the country you are in. It begins on December 8 and every night we light another candle until December 15.

Most Jewish people who move here assume they are the first Jewish people to step into China. All of a sudden they find that we have a history here and that most Chinese people are educated about that history.

The Chinese look at us and themselves as people who have suffered, especially during WWII.

Chinese people look at the Jewish people and say, “Oh, you are also a people who suffered throughout history and came back to your land.” They are happy that Shanghai was a haven for Jewish people.

The biggest misconception that Chinese people have about Jewish people is that they think we are very smart and very rich.

I once asked a very intelligent young Chinese man how many Jewish people he had met to think we are smart and rich and he said I was the first Jew he had spoken to.

He said he knew that Karl Marx was Jewish. I looked at him and said, “Please, give me any other names. Anything. Give me Einstein, give me Freud. Just don’t give me Karl Marx.”

If the Jewish people despise one person who is considered to be Jewish, it is Karl Marx. But for the Chinese he is the father of communism, and the greatest person.

We have a strong understanding with the Chinese government that we don’t do any missionary work. If Chinese people come to us and say they want to convert, we say that they have to do it on their own.

A rabbi is also a consultant. People have problems with children. People have domestic problems. People have all kinds of issues. It’s not just about religion; it’s also about the life of the people.

The most important quality for a rabbi is to be someone who loves people, and loves to interact with them.

The first basic is the love for every creature, to enjoy helping people to follow their dreams and become positive, productive, good people. If you don’t enjoy doing that, don’t be a rabbi.

The best piece of advice I ever had was “Think positive and it will become positive.” We are able to change our reality based on our thinking. It turns into action and becomes our reality.

My favorite thing about Shanghai is that when people identify me as a Youtai Ren - a Jewish person - they do so with sympathy and respect, not with rejection.

In Shanghai you know that when someone says “Jewish,” you can turn around and there will be a smile on their face. It is a beautiful feeling.