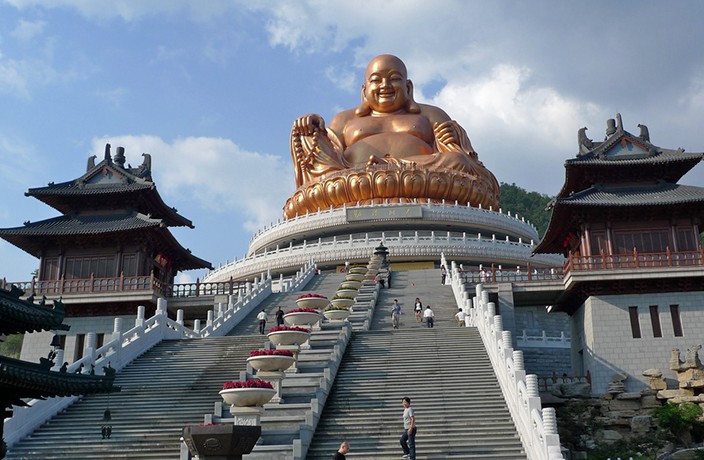 One of China’s oldest cities, Ningbo is considered to be the birthplace of the neolithic Hemudu Culture, which dates back more than 7,000 years. Since then, it has served as an important stop on major trading routes: it was a trade point along the Silk Road around 2,000 years ago, and was a major port during the Tang dynasty before transitioning to a stop-off for foreign trade in the Song dynasty.

Today, the Ningbo Free Trade Zone is one of 15 free trade zones in China, and the only one in Zhejiang.

With a name that translates as ‘serene waves' and a coastline that spans nearly 1,600 kilometers, the city’s dependence on water cannot be underestimated. Ironically, its original name, Mingzhou, stood for two lakes located inside the city wall: Sun Lake and Moon Lake. However, only the latter remains today.

Its location in the northeastern section of Zhejiang province offers access to the Yong River and the Port of Ningbo, as well as many mountains. Ningbo holds strong ties to Buddhism, and there are numerous temples to explore in this city of 7.8 million people. 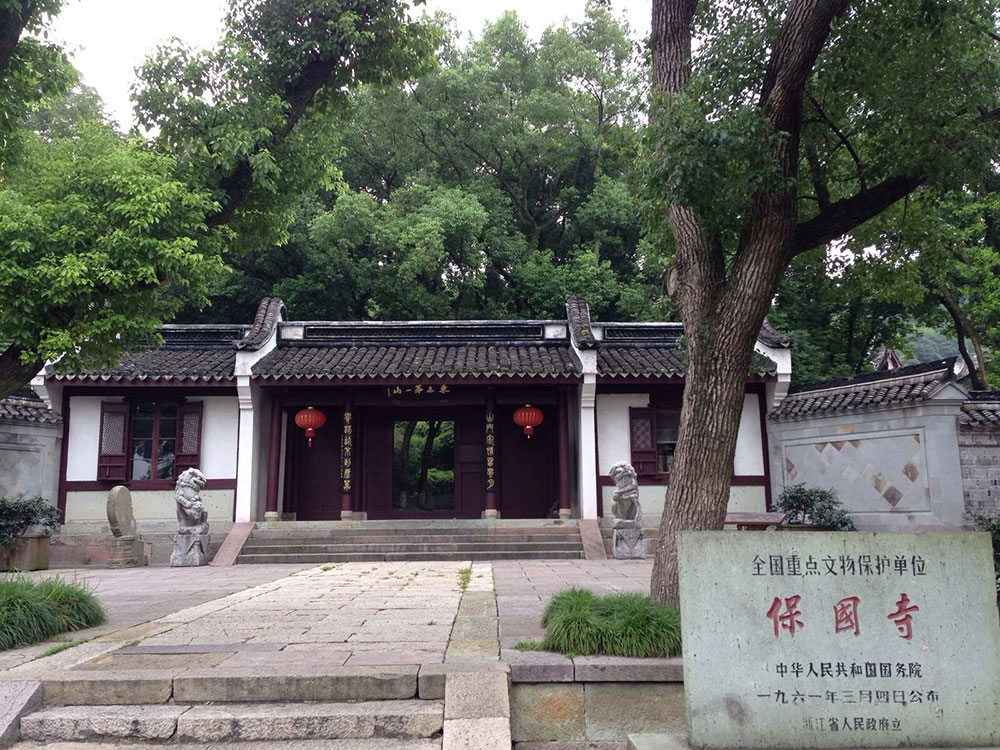 This Mahayana Buddhist temple is the second oldest, and one of the best-preserved, wooden structures in southern China. The main hall dates back to 1013 and remains a mystery to many: birds and insects refuse to reside here, and it is always ‘dust free.’ Neatly constructed, it was built without the use of nails. With 17 showrooms, it houses many cultural relics including Confucian bronzes, ancient Ningbo-style furniture and traditional Chinese wedding attire. 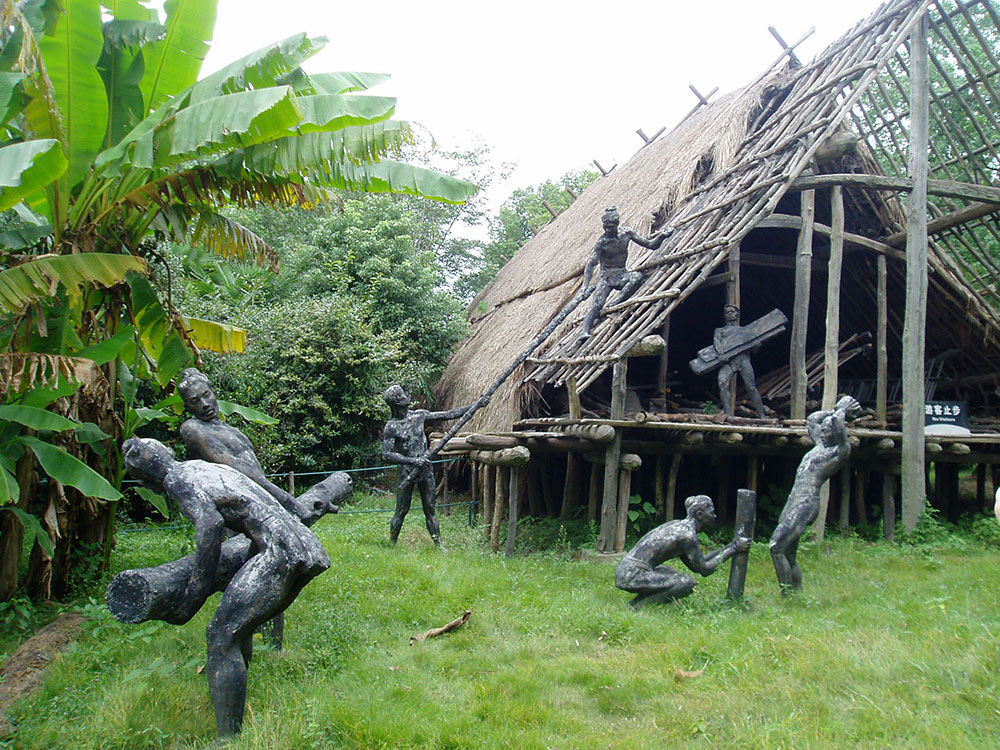 Covering an area of 40,000 square meters, the site was accidentally discovered during renovations to Hemudu village in 1973. Containing four layers of historical data, the latest dates back to the Neolithic Hemudu culture of 5,500-3,300 BC and is proof that both the Yangtze and Yellow River Valleys were the cradles of ancient Chinese civilization. Excavations on display at the Museum demonstrate that these people lived in communal longhouses and were early cultivators of rice. They also produced lacquer wood, pottery, jade and ivory ornaments.

3. Check out the oldest exisiting library in China 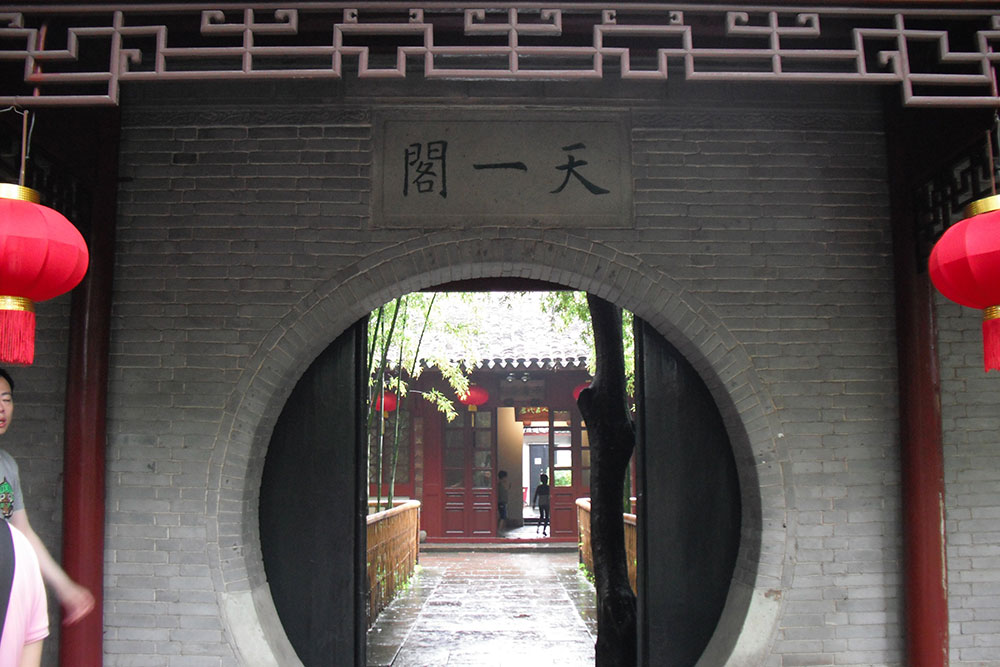 Also known as Tianyi Pavilion, Tianyi Ge is the oldest existing library in China. Built in 1561 during the Ming dynasty, the library currently houses 300,000 volumes of ancient literature, 80,000 of which are rare collections. Founded by Fan Qin (1506-1585), an appointed official with a love for words, he amassed 70,000 local annals, dynasty records and contemporary anthologies in his lifetime. Many have been lost over the years, but citizens are now committed to the protection and expansion of this historic site. 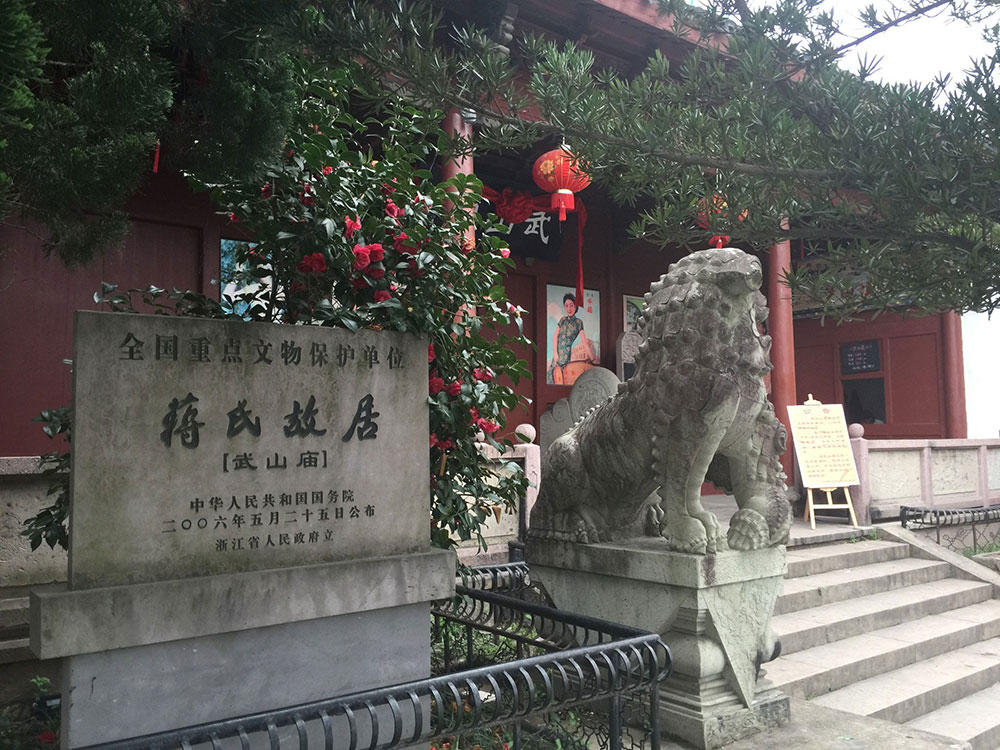 Located in Xikou – 35km southwest of Ningbo – Fenggao House was the home of both Chiang Kai-shek and his son Chiang Jing-guo. A typical Chinese-style home, at the entrance to the lane is the site where the Yutai Salt Shop was originally situated. This stone shop was built in 1871 by Chiang’s grandfather, and along with being Chiang’s inheritance was also his actual place of birth. Written above the entrance are the characters qing lu, meaning quiet cottage.

5. Take a trip to Tiantong Temple 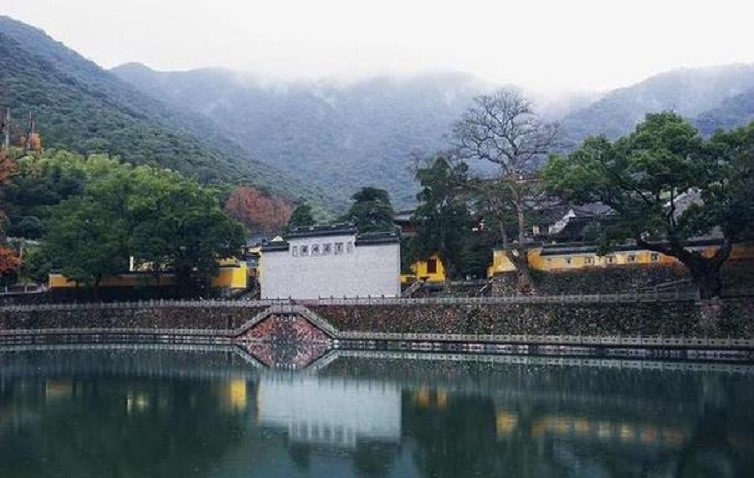 At the base of Mount Taibai, Tiantong Temple is situated on the water in Tiantong’s National Forest Park. A holy site for Linji Sect of Buddhism, temples with this grandeur are rare in China, and this original temple dating from 300 AD is a real gem. For some truly spectacular photos, make sure you take the boat to get there.

6. Ride out to Xuedou Temple to see the Great Maitreya Buddha 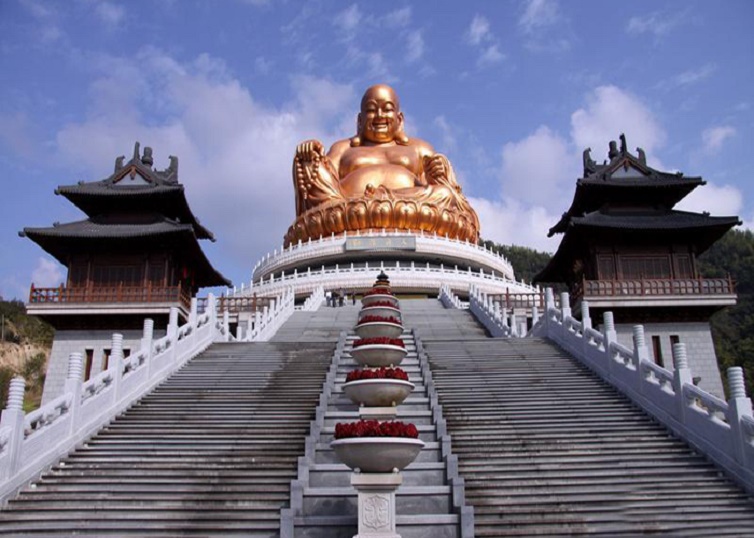 In the middle of the Zhejiang countryside is the Xuedou Temple complex. No trip to Ningbo would be complete without a trip here. Surrounded by thick, dense green woodland, the giant golden Buddha looks down on the surrounding temples and over 300 steps separate the Great Maitreya Buddha from the huge complex below. Opened in 2008, the 57 meter high colossus is the main focal point for the area and is a great spot to take photos.

7. See Ningbo's own version of the Bund 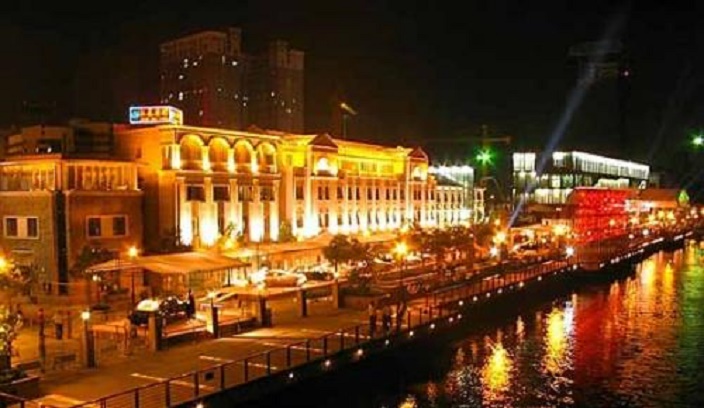 Ningbo's Lao Waitan is older than its more famous cousin in Shanghai. Dating from the First Opium War in 1842, the area is a great place to grab a bite or something to drink. Original and new buildings stand alongside each other, and the area remains a hub of activity during the evening. Unlike Shanghai’s Bund, which is always busy with people and traffic, the relative quietness allows restaurants to stretch to the water’s edge. 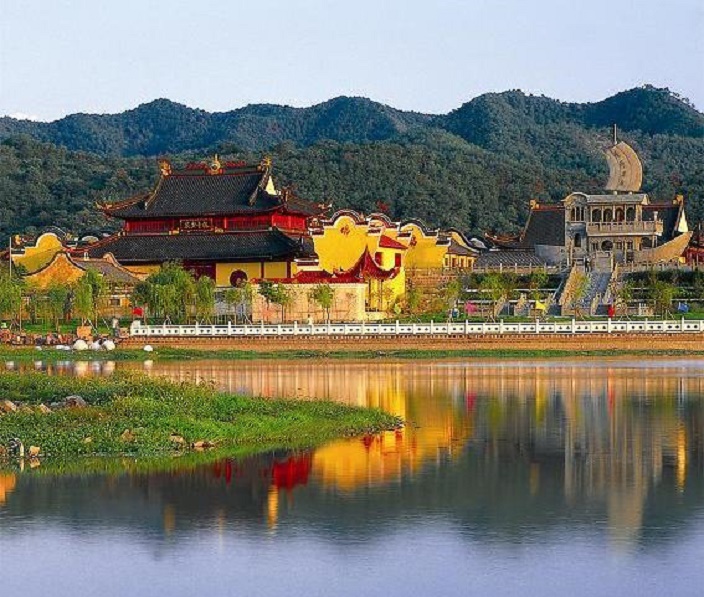 Where to Stay in Ningbo 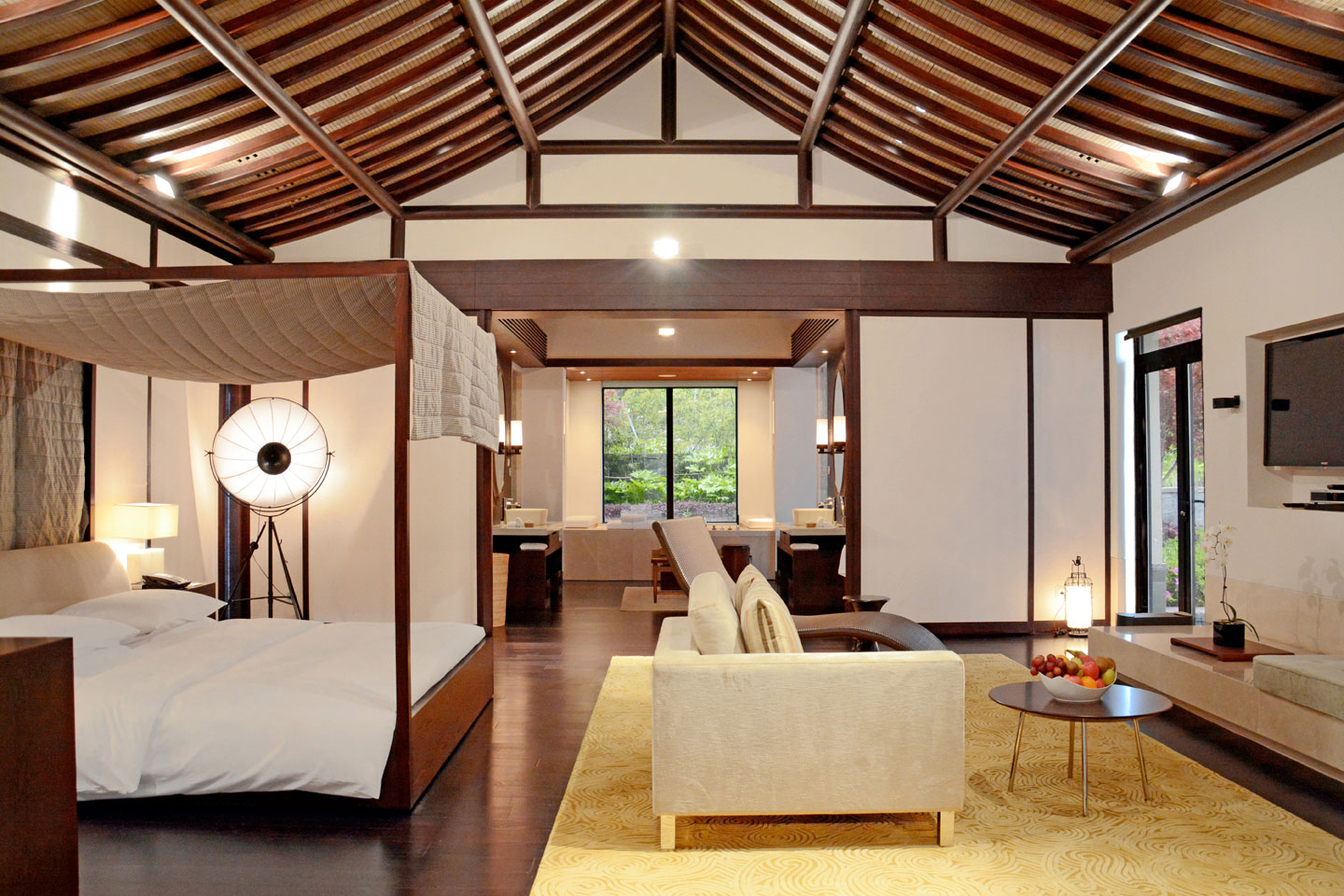 Resting on Dongqian Lake, Park Hyatt Ningbo is one of the most scenic destinations in the city. Book into one of their five freestanding villas for the ultimate escape, then spend your day lounging by the Pavilion or Lakeside pools. Tastes of local tradition are offered as well. Catch a Kunqu opera performance or sample the local delicacy Ningbo tangyuan – both available at the hotel during the latter part of the week. 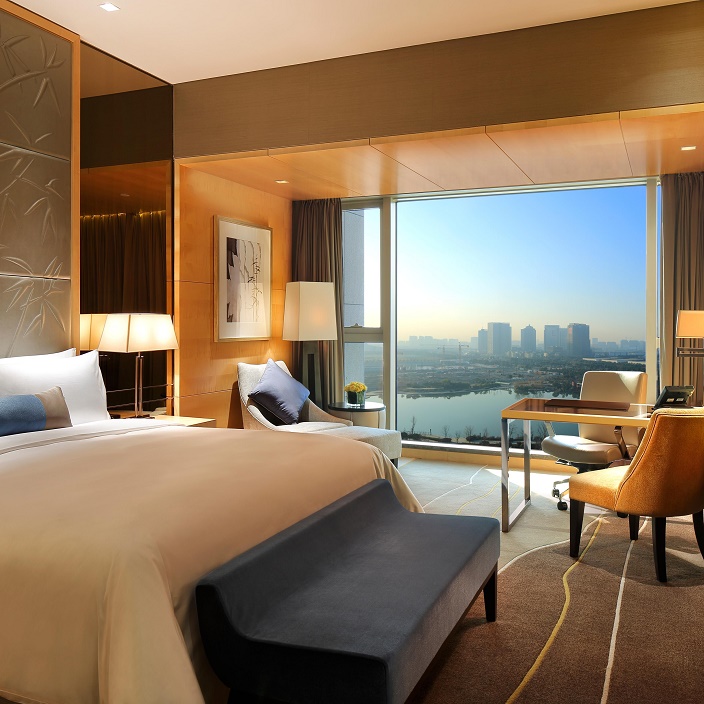 The InterContinental lies on the Yongxin River, with rooms offering guests a view of the river or its scenic gardens. Peace and serenity are found in the 15,000 square meter outdoor garden with European-style landscaping, winding paths and all-around beautiful views. With great facilities and views, the Intercontitnental is a good choice for any discerning traveller.

Overlooking the confluence of three rivers, this five-star luxury hotel in the center of the city is perfectly located for anyone who fancies a spot of retal therapy. With an excellent restaurant which offers unique dining experiences, the Shangri-La makes the trip to Ningbo a breeze. 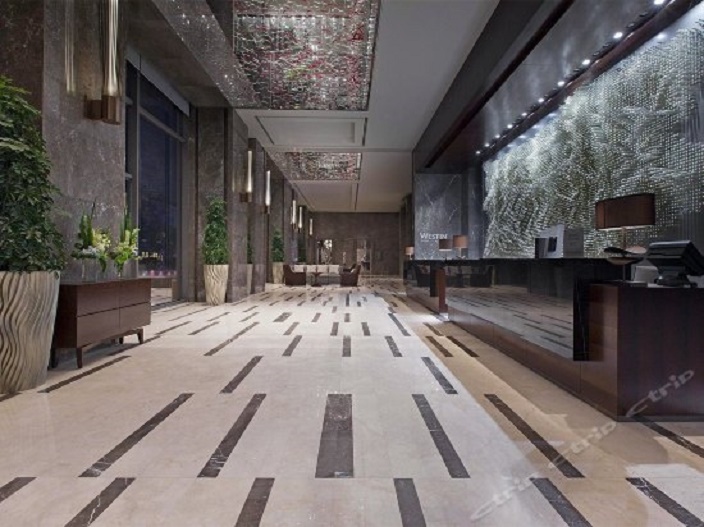 Located in the heart of downtown Ningbo, the Westin is close to the commercial center of the city. With six restuarants and comfy matresses on every bed, the Westin is the perfect hotel to return to after a day around the city.

See the listing for The Westin Ningbo here.

How to Get to Ningbo

While it is possible to fly direct from Shanghai to Ningbo, the simplest way to get there is by high-speed train, which takes just under two hours from Hongqiao Railway Station. 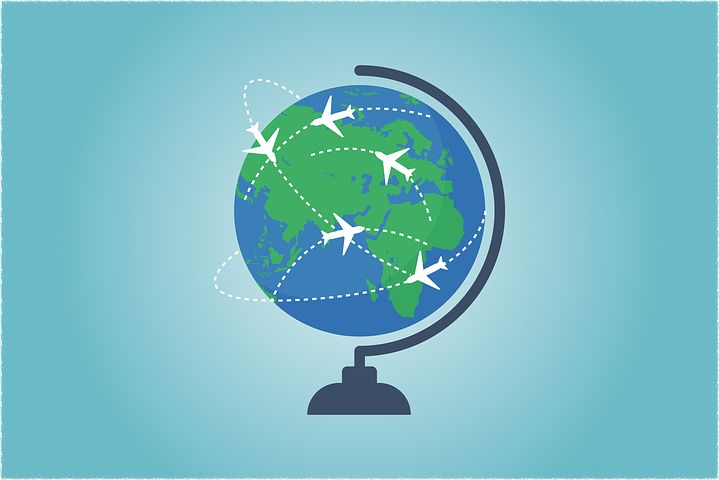