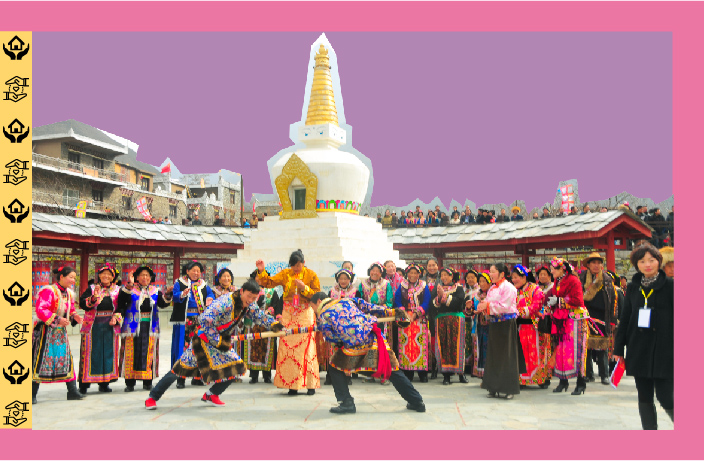 Most of Ganbao’s inhabitants were out of their homes when the earthquake struck. Almost 70,000 people were killed in Sichuan province that day, yet astonishingly, only one of the villagers in Ganbao was among them.

It happened just after 2pm on a bright May afternoon, and most were either in the streets or tending to vegetables on the surrounding mountainside. But while the timing of 2008’s 8.0-magnitude quake spared their lives, their houses were less fortunate. The majority of the buildings here were flattened.

Today, little remains of what once stood. Everything here is new, aside from a fading framed photograph of the village, the occasional recovered ornament and a stream flowing down from the mountains. But great effort has been taken to have us believe otherwise. Ganbao has been rebuilt using the same winding layout – and with many of the old Buddhist markings restored: colorfully painted doors and a line of prayer wheels leading to the main square.

The reconstruction was carried out with a clear purpose in mind: tourism. The village is now equipped to host hoards of domestic travelers. Sure, some of the ancient charm has been lost, but now there are guesthouses and restaurants all serving the same pan-Chinese fare. At the village entrance, sightseers stream out of coaches hoping to catch a glimpse of the untarnished Tibetan antiquity beyond the parking lot.

That glimpse soon becomes a gawp. As villagers in traditional ethnic dress pose for tourist photographs in the street, I am struck by the dilemma that visiting Ganbao – or any of the other villages rebuilt after the earthquake – poses for the conscientious traveler. The village offers a sanitized and disconcertingly smiley vision of minority life, while Ganbao’s 800 residents still mourn the loss of a 2,000-year-old settlement. But for the people here, things have improved vastly since the disaster. Some here continue to farm tomatoes, potatoes, apples, cherries or carrots as they always had. But most capitalize on tourist spending. Dining at the home of one such villager, I find a house built around a large central room and decorated with gold-trimmed panels. Traditionally, animals would have been kept on the ground floor. Now there stands a large television playing footage from the host’s daughter's wedding.

After lunch, I depart from Ganbao – past the usual assortment of walnuts and tatty jewelry – and make the journey to nearby Taoping. The earthquake’s impact is evident here too: The town’s lower reaches comprise new buildings reinforced with steel.

Behind them, however, original structures still stand. Taoping may be just 17 kilometers from the quake’s epicenter but, remarkably, much of the old town remains intact. Built using stone and wood, these ancient constructs survived the devastation thanks to their bottom-heavy design (they’re “like the pyramids,” my guide tells me). The buildings here form a single, organic entity in which almost 100 families now reside. Their houses are interconnected by shared walls, walkways between roofs and a stone labyrinth of thin alleys designed to help repel and escape from invaders (there’s even an underground waterway through which people can flee attack). Nowadays though, locals are more concerned with selling dried pork, mushrooms and knitted bags to visitors. Outsiders are no longer to be resisted.

For its impressive ancient structure alone, Taoping feels more worthy of tourists’ gaze. In this, there is something arbitrary. The authenticity found here – and so lacking in Ganbao – results only from the good fortune of building techniques. The ancestors of neither village could have comprehended the force that would one day test their designs. Thankfully for Ganbao’s residents, convenience is as important as history to some travelers.

For the ultimate convenience, however, look no farther than Pingtou, another of the region’s rebuilt villages. Like nearby Taoping, it’s populated by the Qiang ethnic minority. But unlike Taoping, it has been entirely rebuilt from scratch after the earthquake.

Some care has been taken to recreate the picturesque settlement. In the aftermath of the disaster, China’s provinces were each allocated villages which they were obliged to help. The construction in Pingtou was partly funded by the government of Shanxi province almost 1,000km away, and a large wall stands displaying messages of villagers’ gratitude.

Pingtou boasts stone-veneered houses and a huge drum in the square once more. Visitors delight in hitting as hard as they can. But the village is now also the site of over 1,500 hotel rooms charging up to RMB2,000 a night. Motor buggies of tourists speed past while, in the main square, visitors can see residents performing a local dancing style, salang.

Come evening, villagers take to the stage for a “cultural show” at the nearby museum. For those of us uncomfortable with the commodification of ethnic culture, the smoke machine and beaming dancers are downright galling. But as I am told across these reconstructed villages, the earthquake has given those lucky enough to survive it a chance of a better life. Amid the glass cabinets of the village souvenir shop, I meet Chen Haiyuan, who has lived in Pingtou for more than 40 years.

“This is how we show our culture to the world now,” he explains “The earthquake may have destroyed a lot, but it has brought more opportunity to the district."

Read Part I: I Took a Billion-Dollar Cruise Ship with Fan Bingbing, Part II: I Tried to Cycle Across China on a Flying Pigeon, Part III: I Hitchhiked Along the North Korean Border & Part IV: I Lived in a Gansu Cave House. 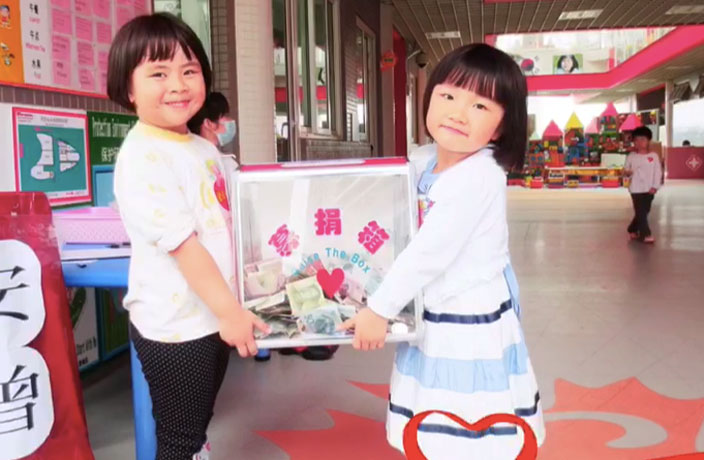 This Day in History: The Deadly 2008 Earthquake Strikes Sichuan

Today marks the 10th anniversary of the deadly Sichuan Earthquake, a catastrophic event that rocked China and claimed over 80,000 lives.