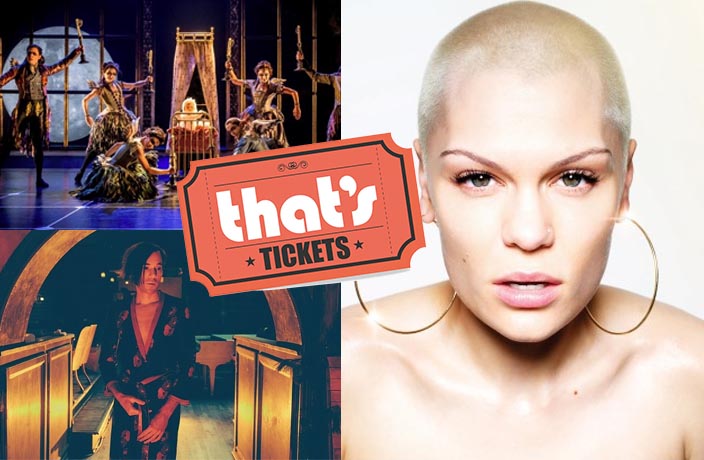 We've got tickets available for several top Shanghai events right here on Thatsmags.com. As hassle-free as it comes, buy online now and instantly receive your e-ticket or have your print tickets delivered to your chosen address. The ultimate girl's night out. A team of six sexy men will be there to tease and sensually entertain you all night long. Ladies, be prepared to fulfill your craziest fantasies! This show is not suitable for anyone under 18. After wowing the crowd with amazing acts of hypnotism, Steve is back by popular demand for a new performance. A dazzling, funny & mind blowing show you'll never forget. This show is not suitable for anyone under 18. Celebrating their 20th anniversary, Kevin Barnes’ shape-shifting indie act are coming to China for the first time just in time for the release of their new disc, Innocence Blooms. Partially inspired by contemporary electronic artists like Jack-U and Arca, the dancetastic disc has been described as their most light-hearted in years. We spoke to Barnes who promises a new video and stage show with plenty of the group’s customary theatrics thrown into the mix. Knighted earlier this year for his excellent contribution to dance, Sir Matthew Bourne returns to Shanghai Culture Square where he packed the house last year with his legendary all-male adaptation of Swan Lake. This time, he’s given the classic fairy tale, Sleeping Beauty, a striking gothic makeover. Enter the lip syncing battle of a lifetime at The Pearl for a chance to win RMB1000! Each participant will get three minutes to perform their favourite song, one 80s-90s rock song and one rap or rnb song. This show is not suitable for anyone under 18. The seventh edition of this Shanghai summer tradition goes down at Jiangwan Stadium boasting a pair of bonafide Mandopop stars headlining in Coco Lee and Jolin Tsai. As always, music is just part of the fun with a contemporary theatre festival also going down over these two days. Praised as “the embodiment of charisma,” Stephen K. Amos has conquered the English stand-up world and regularly tours around the world. Also a gifted actor who has starred in numerous films and TV programs, the award-winning stand-up will be charming China as part of Punchline Comedy organized tour. Maff Brown opens.

Purchase tickets here (Sep 8 at The Camel), here (Sep 9 at The Exchange) and here (Sep 10 at Kerry Hotel Pudong)

Lost In Deception by Anson Chen A highly entertaining & interactive close-up magic show created and performed by Anson Chen in an intimate setting, showcasing some of the finest sleight of hand, mind-reading and magic.

The World of Tim Burton No one would ever accuse Tim Burton of lacking style. From Beetlejuice to The Corpse’s Bride, the director/producer/writer/animator has carved out a distinctly dark gothic style that remains highly influential. This massive touring exhibition features over 500 pieces of his work dating back to his childhood bringing visitors deep into his mind, split into nine areas based around a movie theme. For more, check out our feature on The World of Tim Burton.