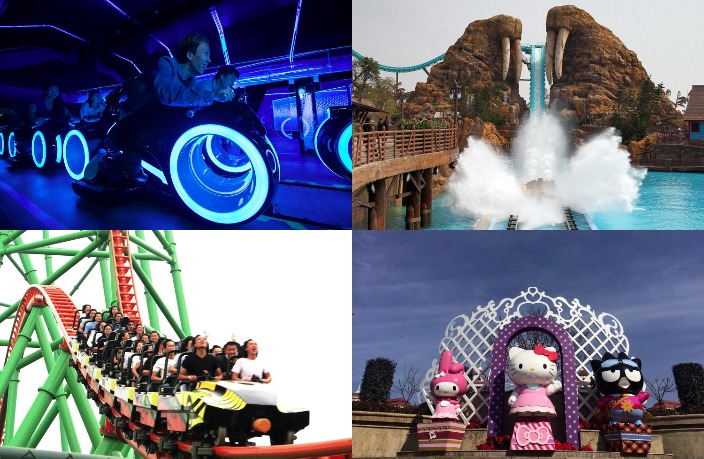 In the July 2016 issue of That's Shanghai and That's PRD, we look at China's burgeoning amusement park scene. In the final of this five-part series, we explore some of the country's biggest parks as well as preview a few that will be coming to China very soon.

The opening of Shanghai Disney and introduction of Wanda City are just the latest entries into the Mainland’s burgeoning amusement park boom. With the market only growing, the country is going to be filled with parks competing for your holiday budget. Here are the best options. 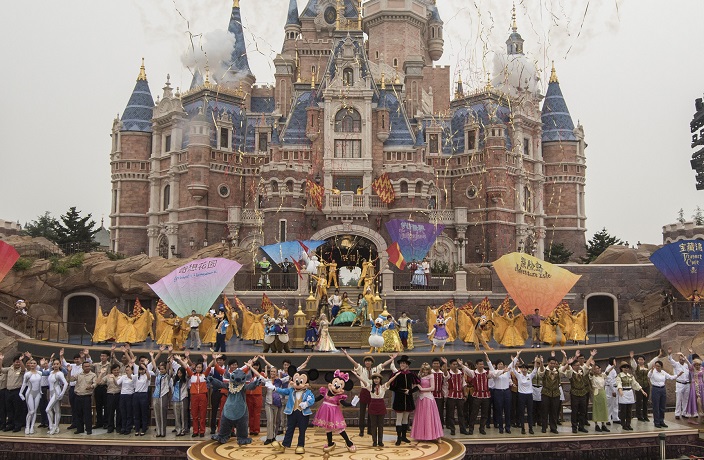 After years of development, the House of Mouse finally opened its doors to the public last month. The enormous world-class resort includes a gargantuan park with six themed lands, not one but two themed hotels, a huge shopping, dining and entertainment district know as ‘Disney Town’ and also the Wishing Star Park. The six themed lands will be home to such delights as Adventure Isle, Gardens of Imagination, Mickey Avenue, Tomorrowland, Treasure Cove and Fantasyland. The Enchanted Storybook Castle is the largest of all Disney castles in the world, ever. General admission is RMB499 and Disney is expecting 15 million visitors in its first year of operation, which would put it ahead the Palace Museum in the Forbidden City as the country's most visited attraction. 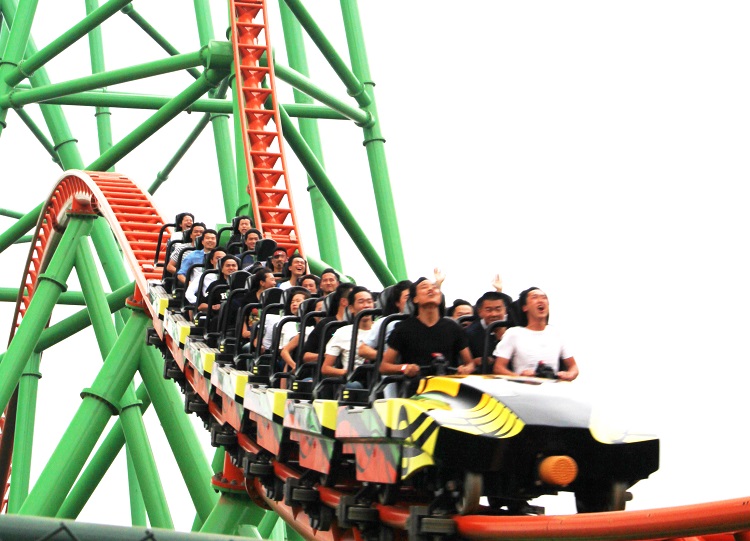 The first of 15 planned parks across China opening over the next five years, Wanda City Nanchang is a 200-hectare monolith containing an outdoor amusement park, hotel resorts, dining and commercial districts, as well as its centerpiece, Wanda Mall. The Wanda City outdoor park offers is a low ticket price (RMB198 on weekdays and RMB248) and lots of rides – 43 attractions across 80 hectares. The park is broken into five themed areas. Pottery Village features a 4D Porcelain Cinema Theater, a “haunted kiln,” a spinning porcelain cup ride and the terrifying (in a good way) Soaring Dragon and Dancing Phoenix ride with six inverted loops. Poyang Fisherman’s Village alludes to the provincial lake and features all the park’s water attractions. Bamboo Forest offers a python-themed wooden rollercoaster created by award-winning Great Coasters International. Temple of Clouds houses Coaster through the Clouds – China’s highest (242.8 feet) and fastest (84.5/mph) rollercoaster. And the kids-themed Fairy Lady Land is full of traditional motifs, and vendors can be found across the park offering workshops on traditional crafts. 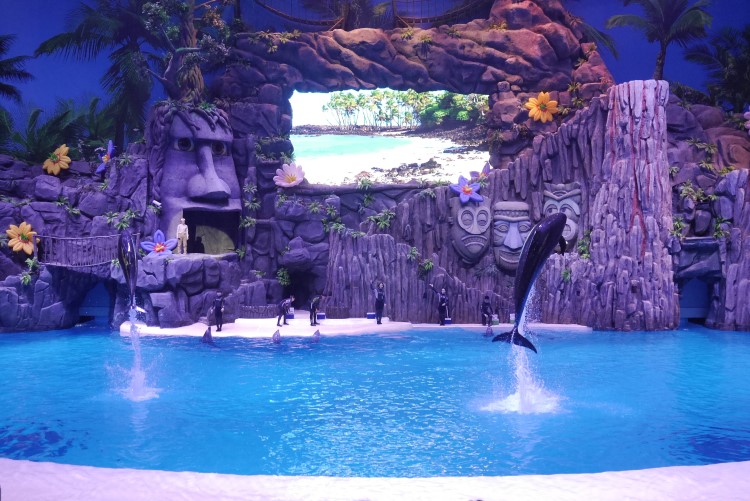 With nearly 7.5 million visitors last year, Chimelong Ocean Kingdom is the current king of China’s amusement parks. The Thea award winner has been a standard bearer since opening in 2014. Home to the Parrot Coaster (Asia’s first Wing Coaster with an added splashdown thrown in) and formerly the world’s largest aquarium, Chimelong Ocean Kingdom is only growing. Ground was broken in January for four extensions to convert Hengqin Bay into the Orlando of China: a 300-hectare animal kingdom, a 5,000-seat circus, an indoor amusement park and a science and technology theme park. Chimelong’s original park, Chimelong Paradise, in Panyu, Guangzhou remains popular: drawing over 3.6 million visitors. 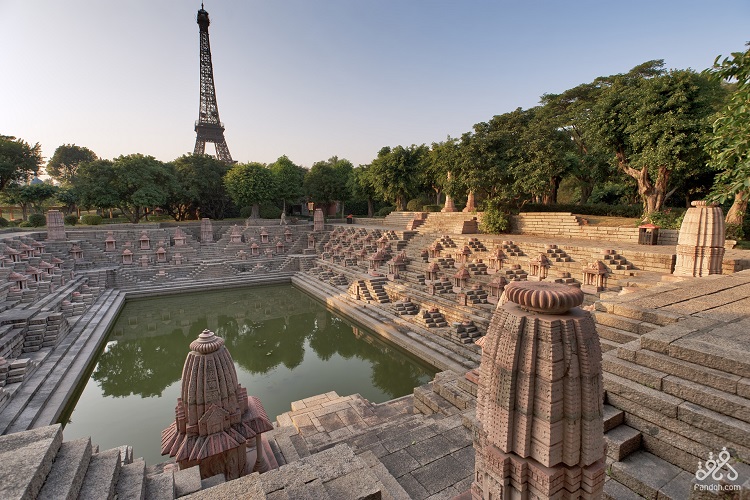 Pioneers of the Chinese theme park, OCT Shenzhen is the largest theme park group in China and fourth overall. OCT Shenzhen made their start with cultural parks like Window of the World before opening the country’s first theme park franchise, Happy Valley, which has locations in six cities. With four of China’s most popular parks (OCT East, Window of the World and OCT Happy Valley in Beijing and Shenzhen), the company has a vast network across the country with plans to upgrade existing parks with new rides. 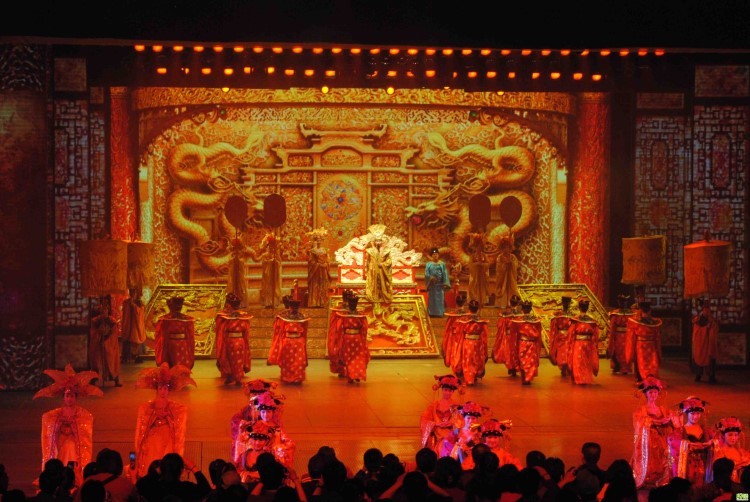 Originally conceived as a celebration of Song Dynasty culture in Hangzhou, this theme park group enjoyed a 50 percent boost in attendance to crack the world’s Top 10 theme park group with over 22 million visits. Boasting a unique model that emphasizes live theatrical cultural performances, Songcheng is able to usher in vast groups of people to its three parks including parks recently opened in Lijiang and Jiuzhaigou. 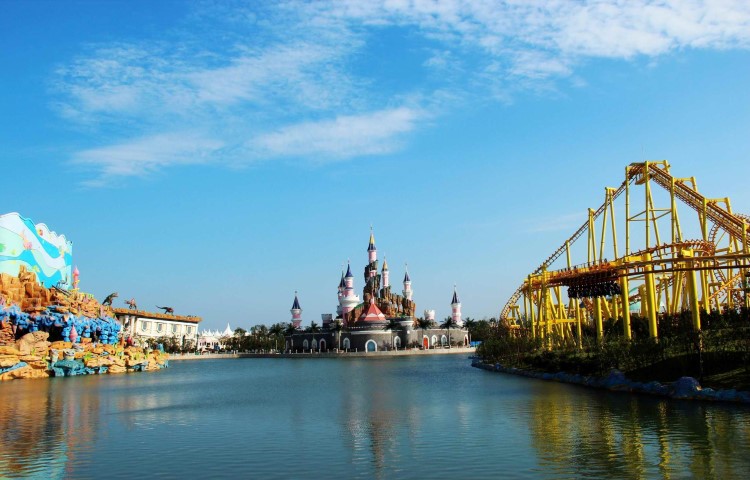 The Happy Valley of water parks made their debut in the world’s top 10 most attended operators thanks to a strategy of building mid-size attractions across China’s second- and third-tier cities. They have 12 parks in total, with a trio located in their budding base of Wuhu in Anhui Province. 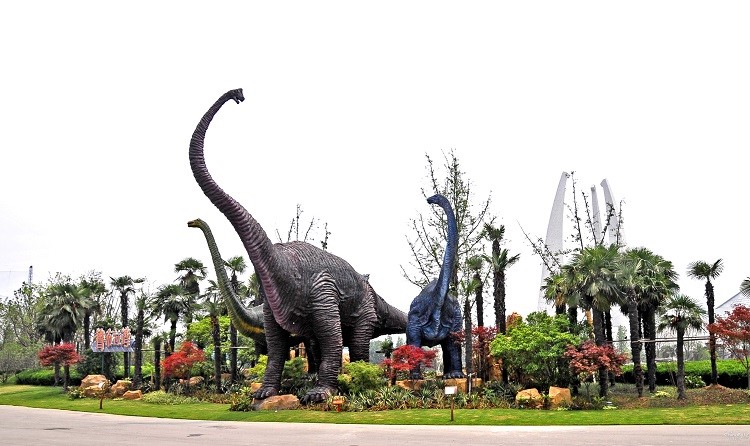 Despite opening 16 years ago, this (somewhat) educational theme park remains the fourth most popular theme park on the Mainland. Often called “Eastern Jurassic Park,” it mixes a few rides with a 20,000-square-meter museum devoted to dinosaurs, and is home to 70 different kinds of trees and more than 4,000 plants as part of its ecological commitment. 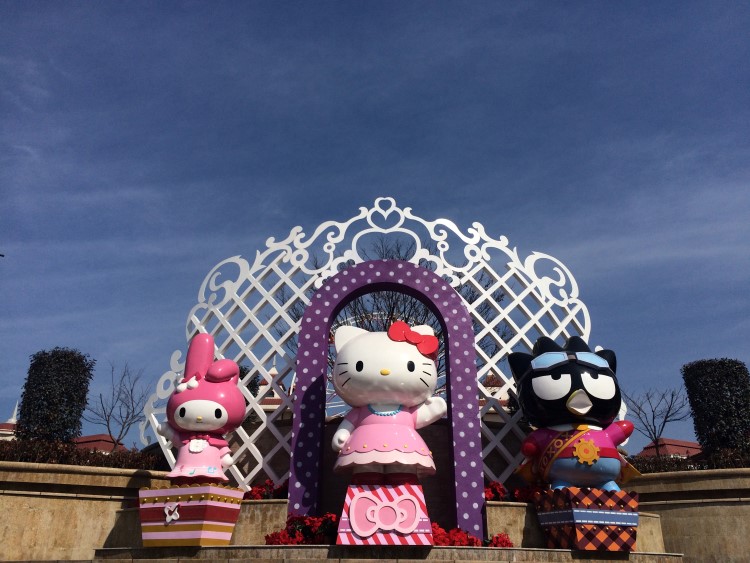 Technically, the beloved feline-like character (for some reason its creators insist it is not a cat) beat Mickey Mouse into China by opening its third theme park in the world in Anji, and first outside its native Japan. While it’s a bit far from civilization, the park has been praised as a fun place for the kids since opening last year. 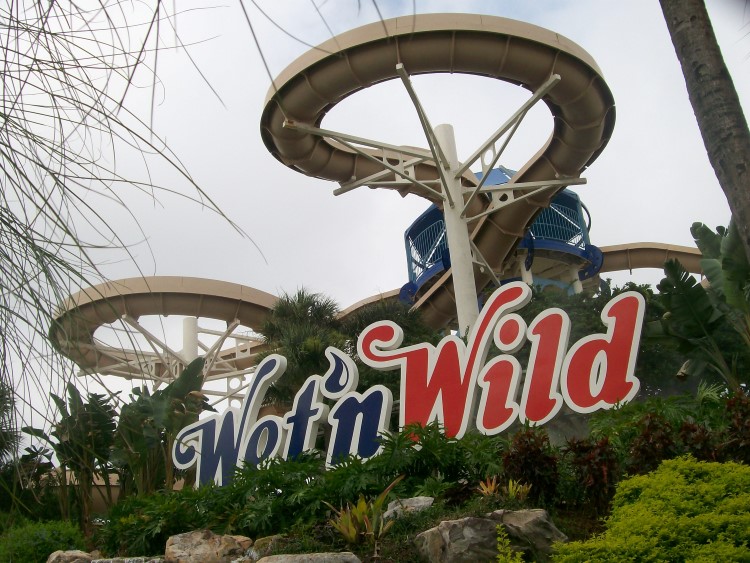 Originating in Australia’s Gold Coast, Wet n Wild has become synonymous with water parks around the world. Its first China location is scheduled to open near the end of the year in Haikou, Hainan Province. The 50,000-square-meter project includes an 8,000-square-meter indoor family water park featuring the brand’s signature collection of thrilling slides and attractions. Global industry leaders WhiteWater West Industries will supply all the attractions. 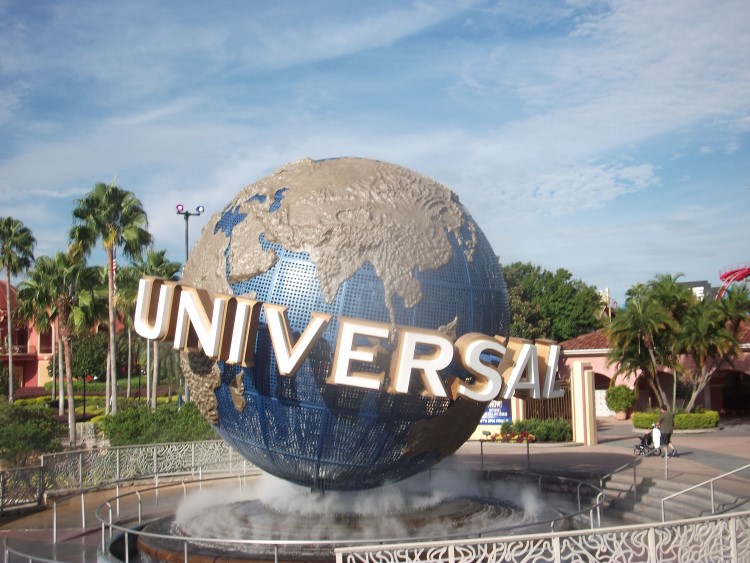 The Beijing suburb of Tongzhou will be the home of Universal Studios’ biggest theme park, covering 2.02 million square meters. Set to open in 2019, Universal Beijing will feature a theme park, a water park, a Universal CityWalk retail-entertainment complex, and the world’s first Universal-themed resort hotel. Subway Line 7 will be extended to the park, and Universal is putting their best efforts into the project, recruiting Steven Spielberg to help with the park’s design.

With 19 locations across the world, Six Flags is currently the fifth largest theme park group in the world. They’re banking that their plan to build multiple theme parks across China will significantly bolster that number. An official groundbreaking ceremony took place in January for its first Mainland project – a RMB30 billion theme park full of record-breaking rollercoasters and other thrilling experiences to Haiyan in Zhejiang Province. Scheduled to open in 2019, the park will be located on the coast of Hangzhou Bay, a 45-minute trip from downtown Shanghai. 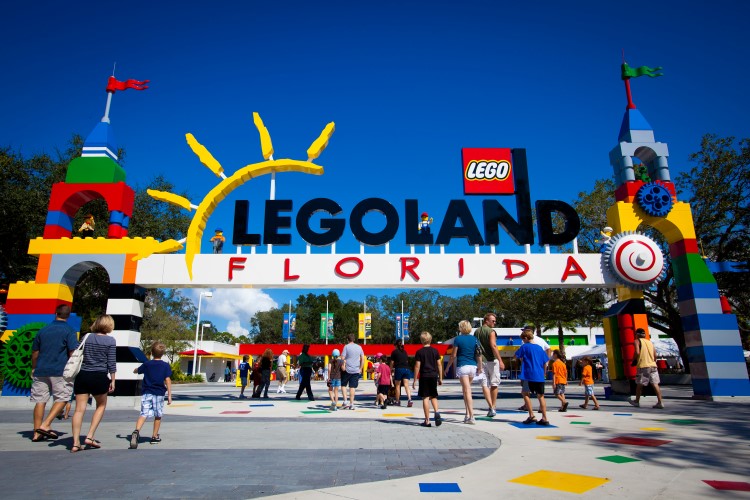 The world’s second highest attended theme park operator, Merlin Entertainment, has already committed to opening its first Mainland Legoland amusement park in Shanghai. Already, a Legoland Center has been built to whet the appetite, with operators expecting the park to open by 2019. 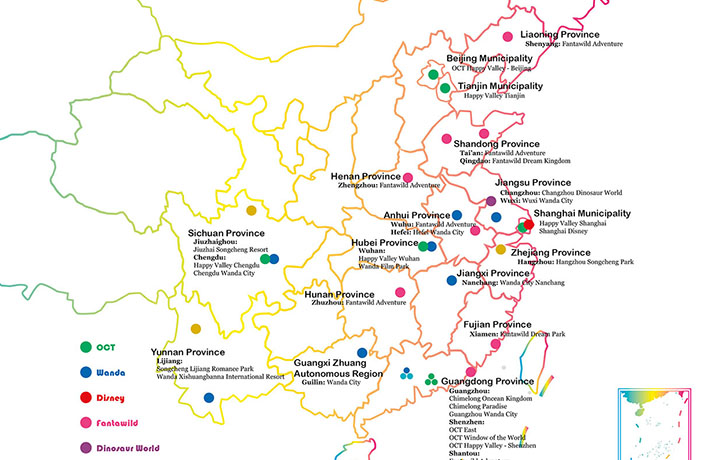 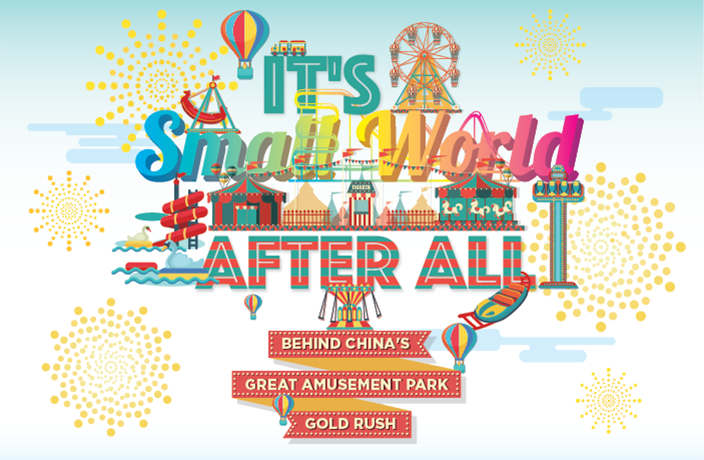