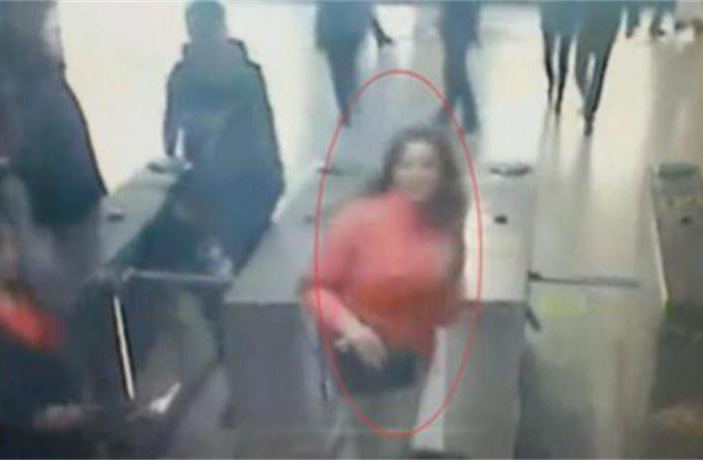 A foreign woman in Shanghai was caught and fined RMB84 on Sunday for attempting to dodge the metro fare at South Shaanxi Road Station on Line 1.

The footage, which was recorded by the metro station, showed the woman ducking under the turnstile to exit. But her escape bid was immediately thwarted by the metro operator. Upon being caught, the woman explained that she had lost her ticket. But the operator told her (through a translator) that she had violated rules. The woman then paid the fine and left.

This incident sparked discussion on Weibo, with netizens commenting that Chinese aren't the only fare-dodgers — foreigners do it too. One user wrote, "Not all laowai are rich, not all laowai are law-abiding."

Let this incident be a warning to all metro passengers: according to Shanghai Metro regulations, tourists who have lost their tickets or are experiencing trouble exiting through the turnstiles should go to the service center. If they do not exit in compliance with the regulations, they will be fined six times the maximum price of a single trip (RMB14).

Watch video of the woman being caught (VPN off):