They say money can’t buy you love, but one multi-millionaire in the city has hired an army of 500 matchmakers, psychologists and stylists to help him disprove the adage. Tucked away on the third and fourth floors of a building in Pudong, are the discreet offices of Diamond Bachelor, the largest of China’s new crop of elite introduction agencies.

Since China’s new rich are too busy building their fortunes to spend time on romance, a host of matchmakers has sprung up in the last five years to cater to their whims. Inside the Diamond Bachelor offices, prettily made-up girls known as love consultants sit in rows of cubicles, answering the phones to clients. In one consultation room, there are pink roses and a brochure promising “the most beautiful young ladies, the highest talent, and all kinds of social elites.”

“Our bespoke matchmaking services start at RMB1 million,” says Yan Hongyu, one of the love consultants. “But this year we have four clients paying over RMB4 million and one who is paying over RMB7 million.” For that money, the agency is scouring nine cities on behalf of the tycoon, whose identity they declined to reveal. In phase one of his customized three-part search, their ‘love-hunters’ have inveigled their way into airport lounges across China to seek out first-class air stewardesses.

“It may seem like a lot of money to find a wife, but the cost of all this is high,” says Yan. “We have placed advertisements on his behalf throughout the Chinese media, and we have 500 people working full and part-time to hit the jackpot. Of course he has to pay for all their hotel bills and meals.

“Currently, he has said he wants us to find him a stewardess, but not an economy class one. First-class stewardesses tend to be well turned-out, and they have considerate and devoted personalities with an eye for detail. And they have plenty of experience serving rich men,” she adds. 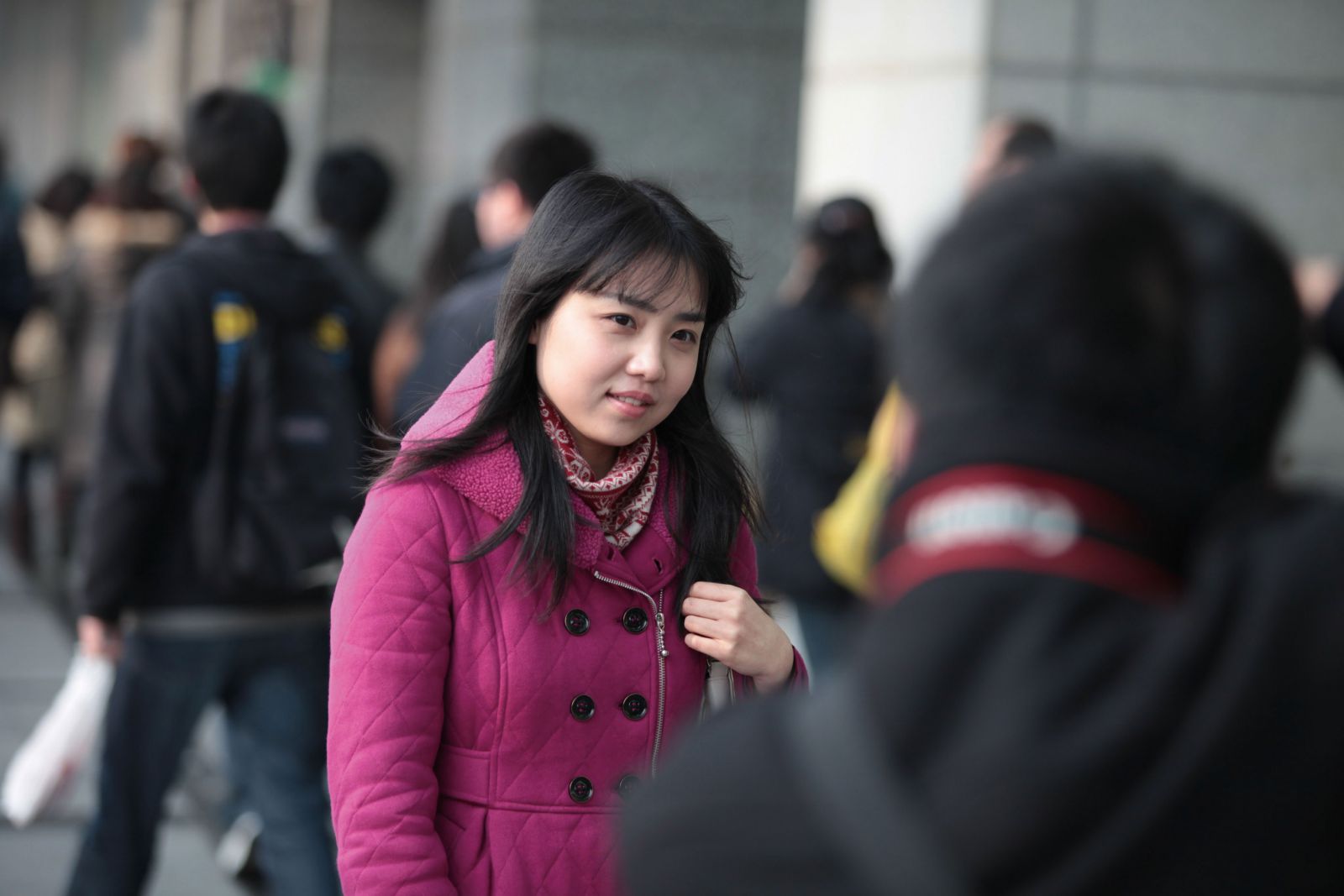 Yan is at pains to insist Diamond Bachelor is neither a “dating agency,” nor a service to provide China’s estimated 470,000 US dollar millionaires with mistresses. Her clients are mostly busy chief executives who are too busy working to find time for romance, she says. The only women who they meet tend to be waitresses or the paid hostesses at karaoke parlors.

“A typical client is very successful in his career and they tend to be a bit older - over 30 usually. They feel they have missed the golden time in their lives when people were pairing off, which tends to be in your twenties in China. But they want to be as successful in love as they are in their careers,” she says. “The chances of them finding their perfect partner by themselves is only 0.05 percent!”

The agency has expanded as rapidly as the Chinese economy itself. In the five years since it was founded in Shanghai, it has opened offices in Beijing, Guangzhou and Nanjing and plans to open one in millionaire-rich Hangzhou later this year.

But it is not the only firm trying to matchmake China’s rich. Over the summer, 21 millionaires paid RMB100,000 each in Beijing to attend an elite singles party, while in the southern city of Shenzhen, more than 10,000 women competed for 18 tickets to the “Prince Moneybags” dating competition. Each of the eligible bachelors attending were worth a minimum of RMB30 million. 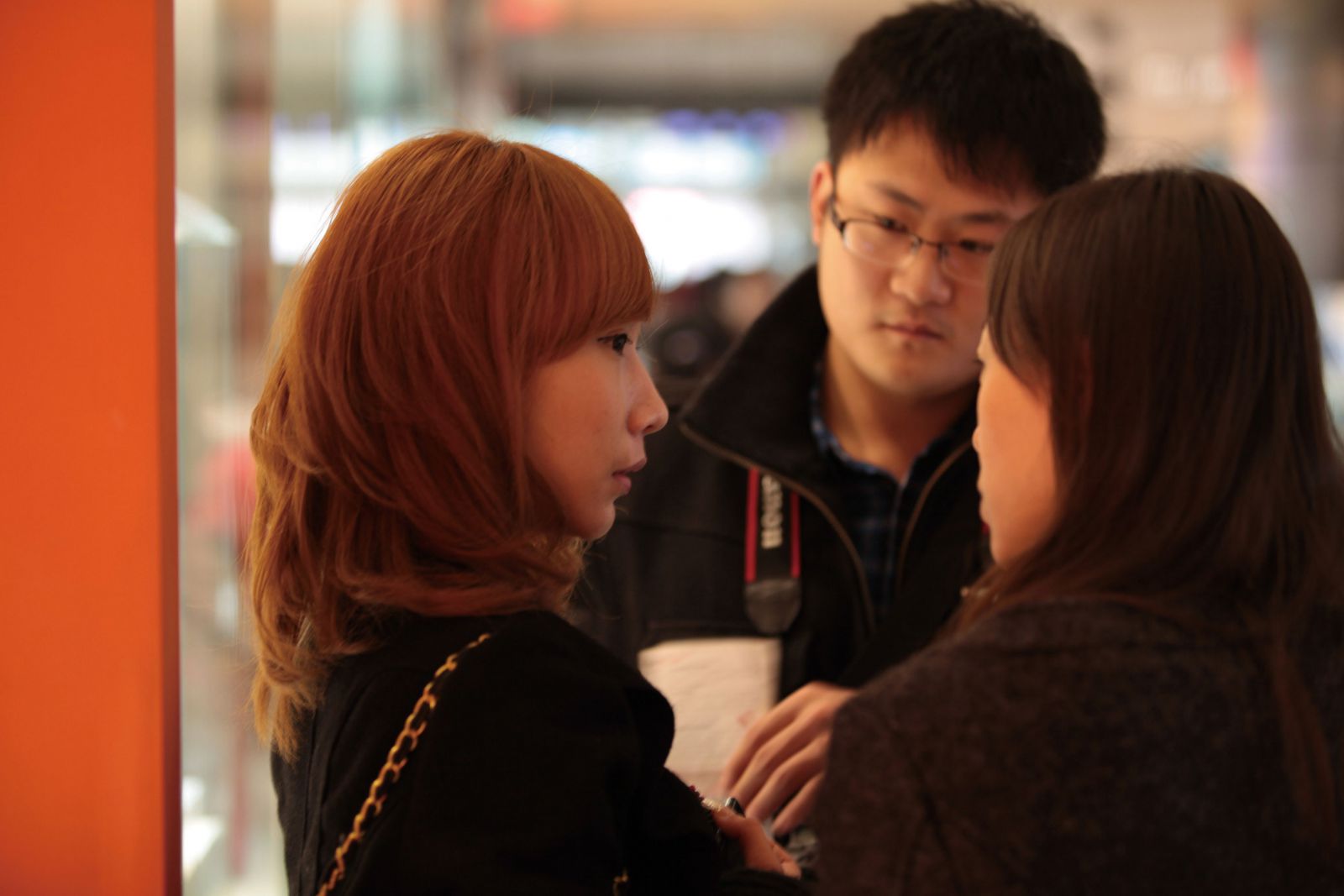 Bian Jingfeng is among the army of 500 Diamond Bachelor agents deployed by the tycoon to find him a bride. On a “love hunt,” the 38-year-old stands by an elevator in the food court of the Raffles City shopping center in Shanghai’s People’s Square, appraising each young woman that descends. When she spots a suitable target - the sort of girl a millionaire might be attracted to - she swoops.

“I look for a girl who is well-mannered,” she says. “She may be surprised when I approach her on the street, but she responds politely even though she is flustered. I like to give them my business card straight away. My name is quite unusual so it is a good icebreaker.”

Bian, who is married herself, love hunts five days a week, pairing up with a good-looking male partner. “We use him as bait, he chases after the girl and then when they stop to talk to him, I move in,” she says. With a warm, motherly smile, she is clearly adept at winning over reluctant targets.

Her minimum requirements, she says, are that girls should be at least 5’2” (157cm) without high heels on, that they are younger than 30 and that they do not wear too much make-up.

“I work an eight hour shift on the hunt,” she says. “In that time I might approach seven to eight girls, of whom four to five might be suitable.” 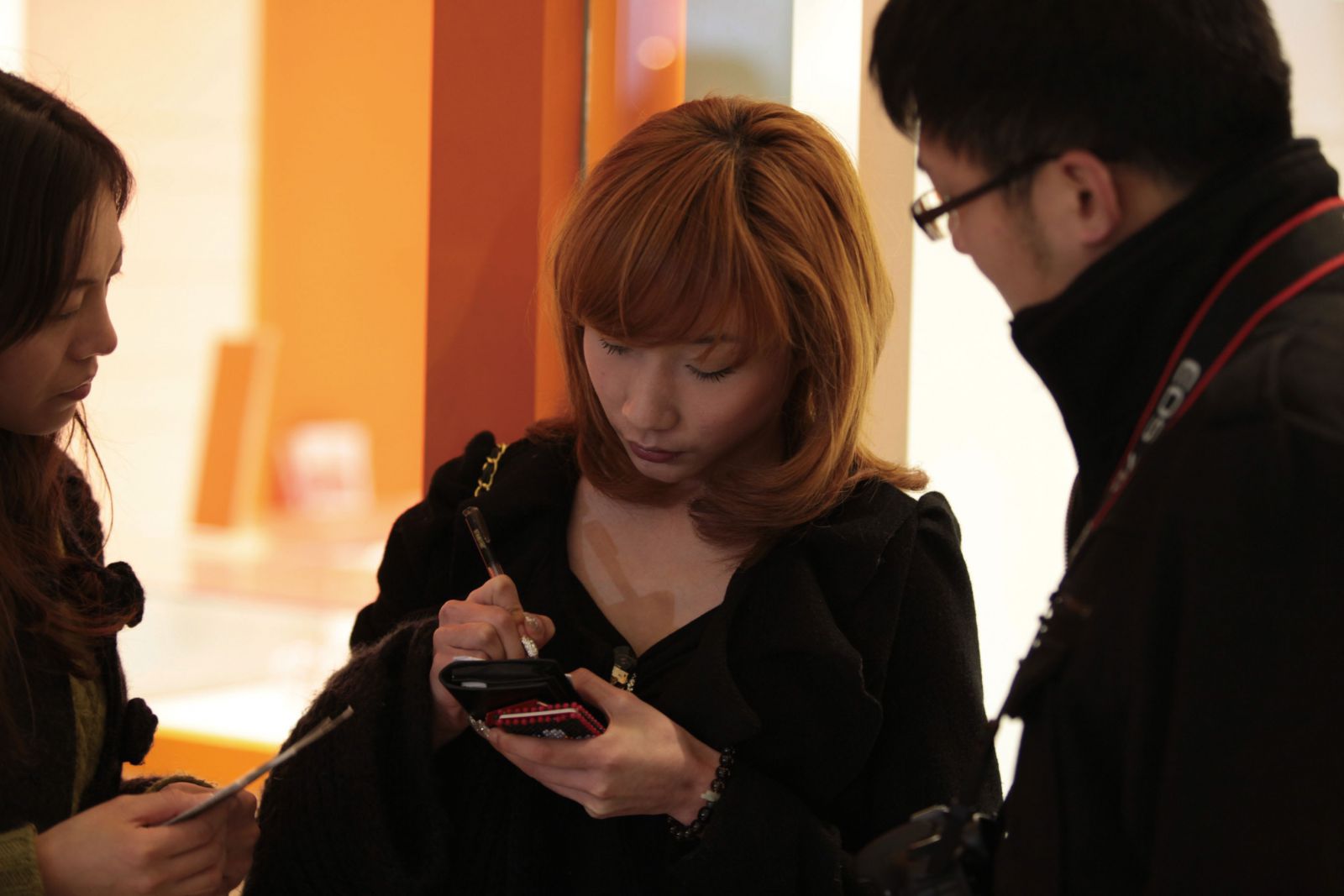 Almost immediately, she spots a willowy 22-year-old heading towards a noodle restaurant with a friend. In minutes, she has convinced her to sign up and pose for an initial picture by the shopping center’s emergency exit. If the bosses at Diamond Bachelor like the girl, she will then be called into the offices for a professional portrait and a fuller vetting. Perhaps surprisingly, most of those who are picked out are homely rather than stunning.

Back in the office, Yan points out that most Chinese millionaires have simple tastes. “Relatively few of our clients ask for models or actresses,” she says. “They tend to want wives who have traditional morals and who are simple and pure, with minimal past history. After all, they want romance, not a gold-digger.”

One girl who is approached, Zhang Hui, turns out to be a student at Auckland University of Technology in New Zealand and is home in Shanghai to visit her family. She seems astonished that she would be picked as a potential millionaire’s perfect match, but knows too what she is looking for in a partner herself. “If I date a rich man, he has to be tall as well, and no older than 28,” she says.

Therein the problem may lie for the mystery tycoon. After she leaves, Bian admits that it is no easy task to find a beautiful girl who is practical enough to fall in love with their wealthy yet less handsome clients. “All these girls want to find Prince Charming,” she tuts. “We’ll have to keep her on our books for a few years until she is a bit more realistic. We might also bring her in to our offices for counseling to adjust her expectations.”