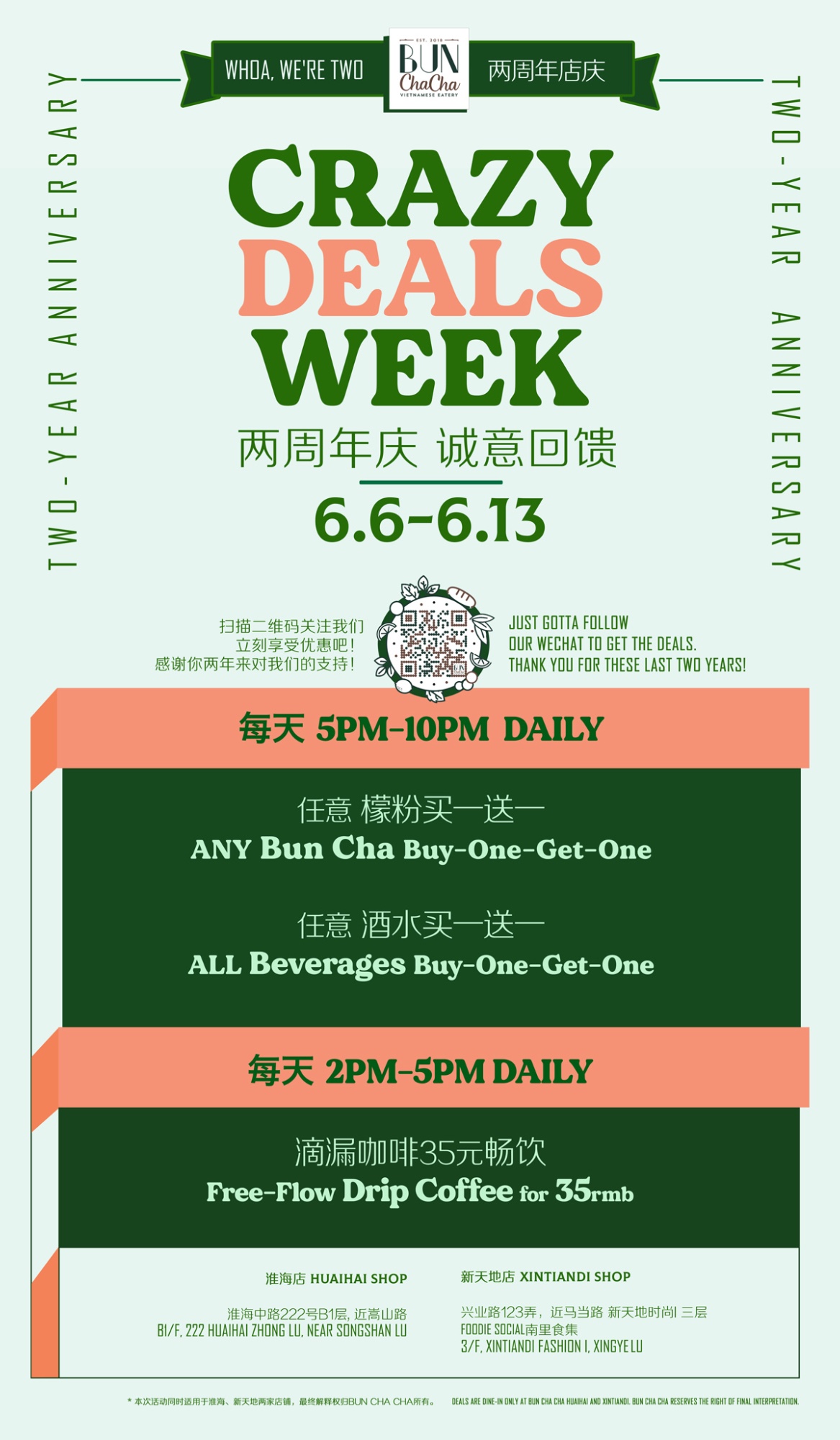 Bun Cha Cha, the Vietnamese restaurant by Danyi Gao, celebrates two years in the game with some crazy deals at both their shops from June 6-June 13. The house special Bun Cha (pork, beef, chicken, or shrimp) is buy-one-get-one from 5pm-10pm; all beverages are buy-one-get-one from 5pm-10pm; and you can get free-flow Vietnamese drip-coffee from 2pm-5pm for 35rmb. Just gotta follow their WeChat to get the deals (Account ID: bunchacha). To bun or not to bun?