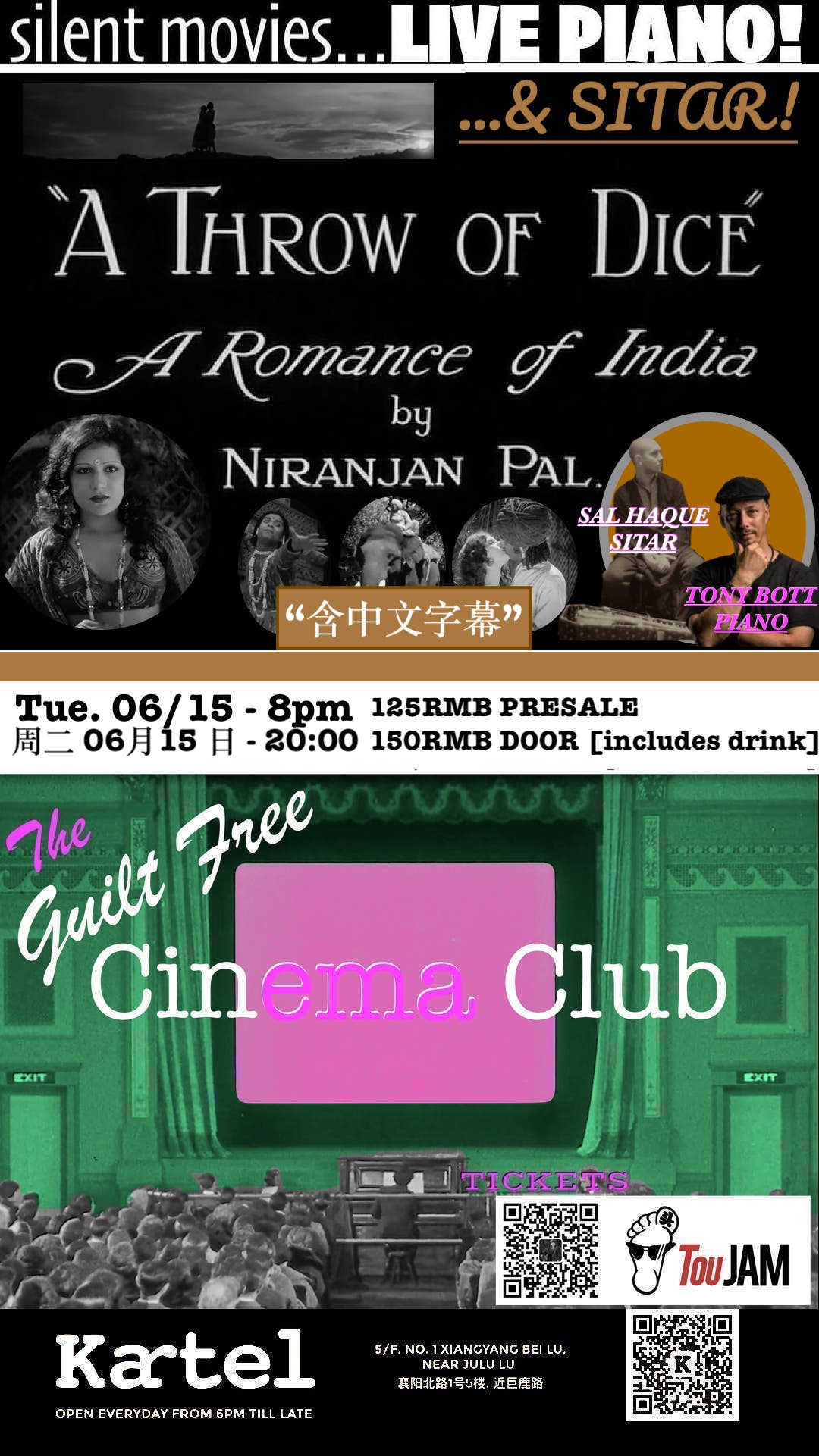 The Guilt Free Cin. Club presents a screening of the Indian silent classic film “A Throw of Dice” accompanied by LIVE musical accompaniment. The epic romance/adventure is widely considered the best silent movie to come out of South Asia,  and with live piano by Tony Bott and sitar by Sal Haque, this will be a mesmerizing experience. Along with the movie, DJ BO will spin South Asian vinyl records and host a post-movie discussion.

“A Throw of Dice” was first released in 1929 and is an adaption of an episode from the epic “Mahabharata.” It features 10,000 extras, scores of animals, and a truly fascinating depiction of traditional performances. This screening will have its usual English inter-titles, and might be both the first ever screening in China and with Chinese inter-titles.

Tony Bott is one of Shanghai’s leading jazz musicians and is the house pianist for the Guilt Free Cin. Club. Sal Haque might be better known to Shanghai audiences as Skinny Brown.