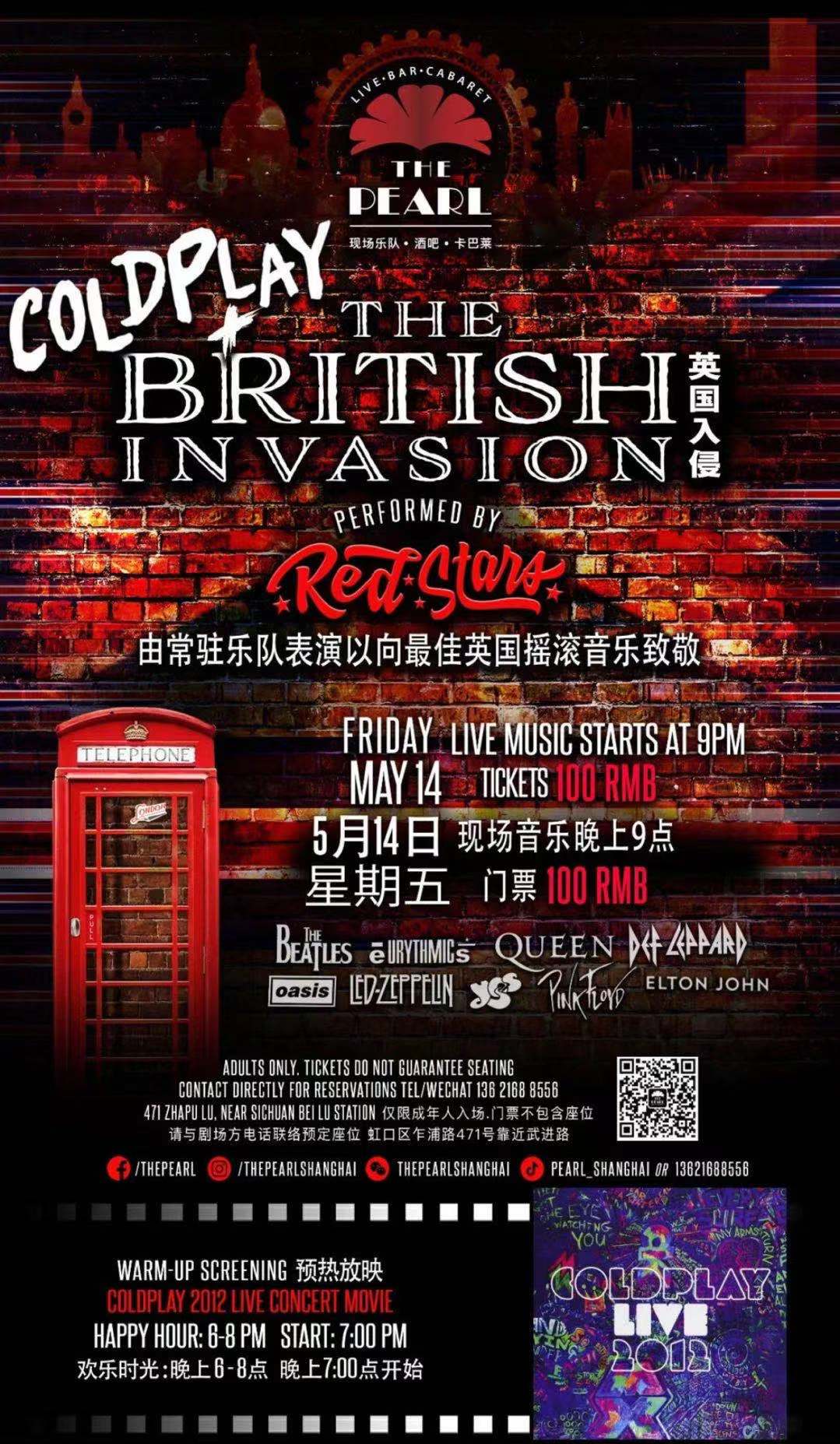 After a long series of successful British Invasions concerts the Red Stars band is listening to our customers’ requests and have created a special version. Coldplay and British Invasion. Along with the large array of British hits, The Pearl Red Stars have put together a selection of Coldplay hits to honor what has been referred to as the last big rock band after grossing $500 million on their last tour.


The first wave of the British Invasion crossed the Atlantic and appeared on the American shores in the mid-1960s. The Americans were besieged by the music of The Beatles, Rolling Stones, Pink Floyd, and Led Zeppelin. History repeats itself with the Pearl’s very own Red Stars who will be bringing this music to you live.