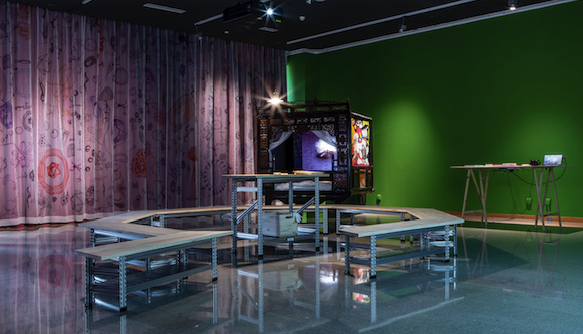 Agency is an international initiative founded by Kobe Matthys that has offices in Brussels. Since 1992, Agency constitutes a growing “list of boundary things” mostly derived from judicial cases and controversies involving intellectual property.  Agency calls these boundary things forth via varying “assemblies” such as exhibitions, performances, and publications. For Assembly (ponds among ponds), Agency calls an assembly where a group of concerned from various backgrounds related to the case will be invited to respond to the controversy it raises. This assembly is not meant to re-enact the judgment, but rather to evoke the hesitation experienced in court.

English with Chinese interpretation.
Open to the public.

To participate, please register by 16 April before 17:00 at: https://ica.shanghai.nyu.edu/program/assembly-ponds-among-ponds

Map of Institute of Contemporary Arts at NYU Shanghai