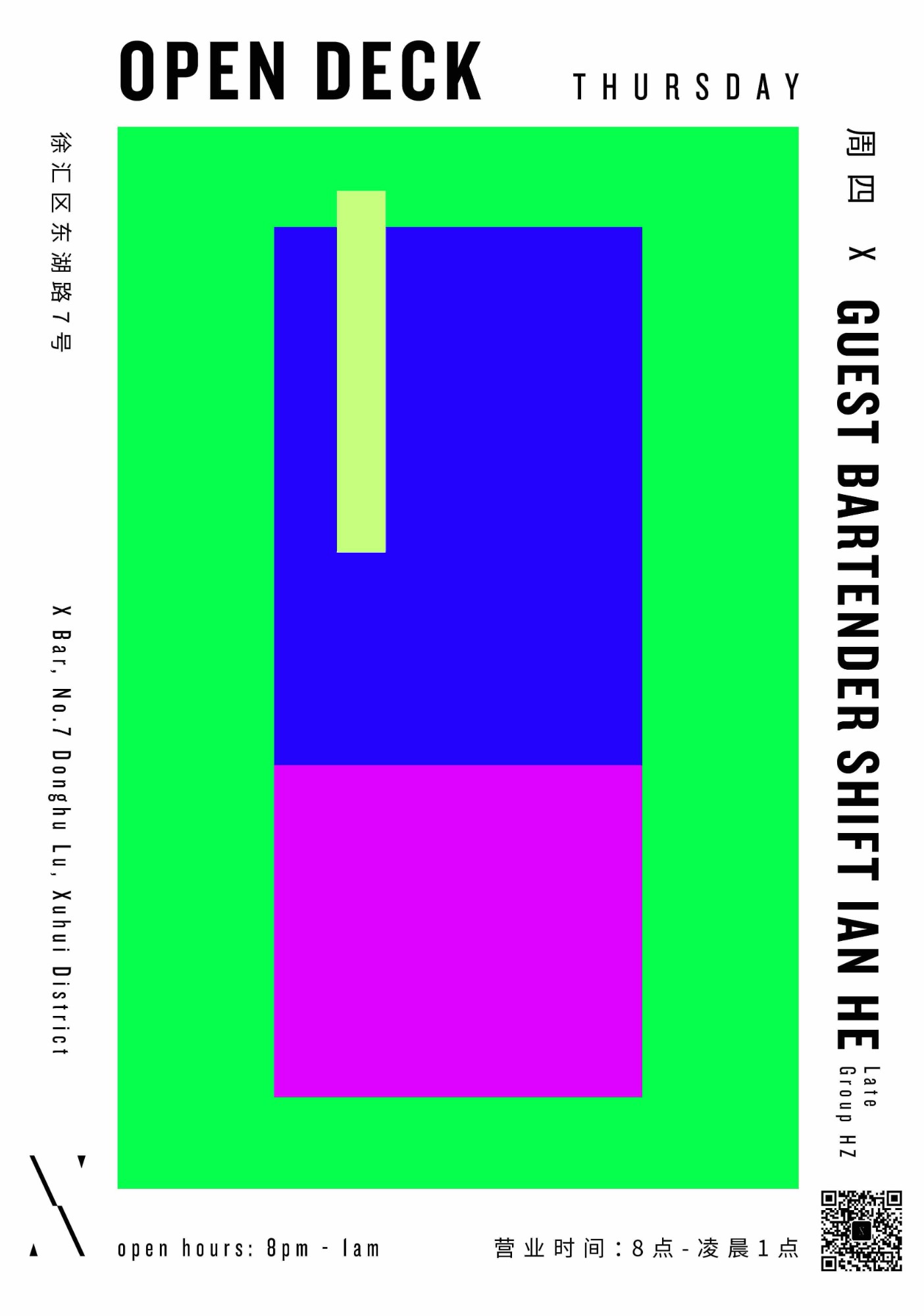 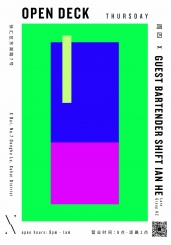 Thursday 5th of November 8pm-1am we invite you to join us to experience the bartending skills of talented mixologist Ian He from Late Group in Hangzhou and listen to a soundtrack created by DJ Sarfat.

As product development manager of Late Group in Hangzhou, Ian He is sent straight from Peddlers HQ to X Bar. Known for his influences of film, music and food in his cocktails, he is an advocate and creator of relaxed and enjoyable drinking environments and Thursday shall be no different

The skills of Ian He behind the bar will be matched by the skills of DJ Sarfat. Having grown up in Paris on his father's eclectic combination of music records, his ever-evolving taste captures the sensibility of imagination through a trip best experienced by listeners with open hearts behind closed eyes. This has led him to play at festivals such as Burning Man, Afrikaburn and Wonderfruit. After 8 years in Hong Kong where he played at many established institutions, he is now based in Shanghai bringing deep house and melodic techno to revellers ears.