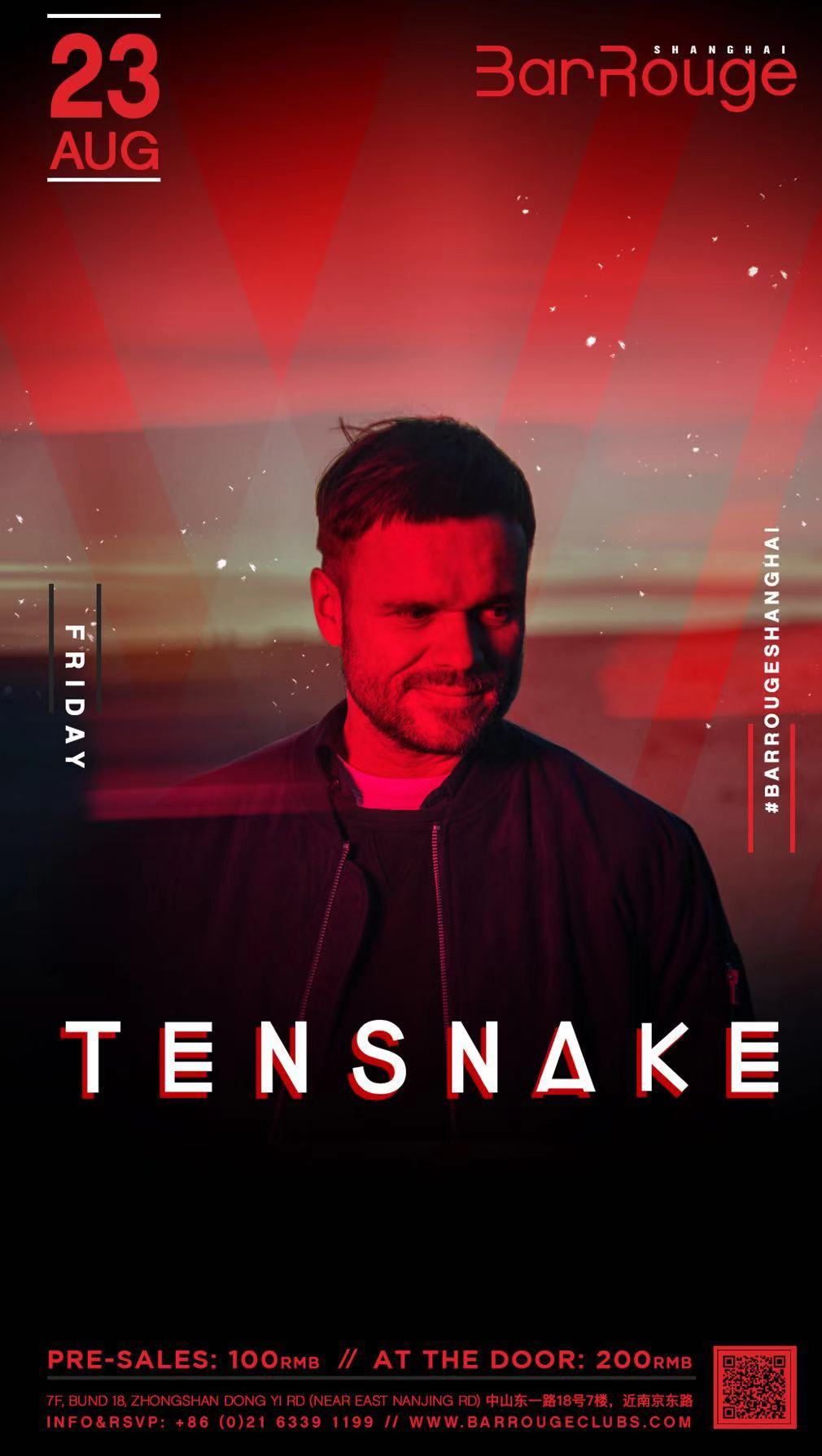 Born in Hamburg, Tensnake grew up listening to disco, soul, boogie, funk and 80s pop. He embraced dancefloor-inspired influences from Larry Levan to Junior Boys Own, Romanthony to Masters at Work.

Tensnake’s first taste of critical acclaim came with the release of "In the End (I Want You to Cry)" on the label Running Back. Launching even further onto the scene with his track ‘Coma Cat’ in 2010, Tensnake smashed dance floors worldwide and earned himself a name as a game-changing dance pioneer. Released in 2014, his debut album ‘Glow’ represented a milestone in a career which had already traversed the world’s greatest dance floors, and which earned Tensnake his towering reputation as one of house and disco’s leading producers.

10 Best Things to Do This Week in Shanghai