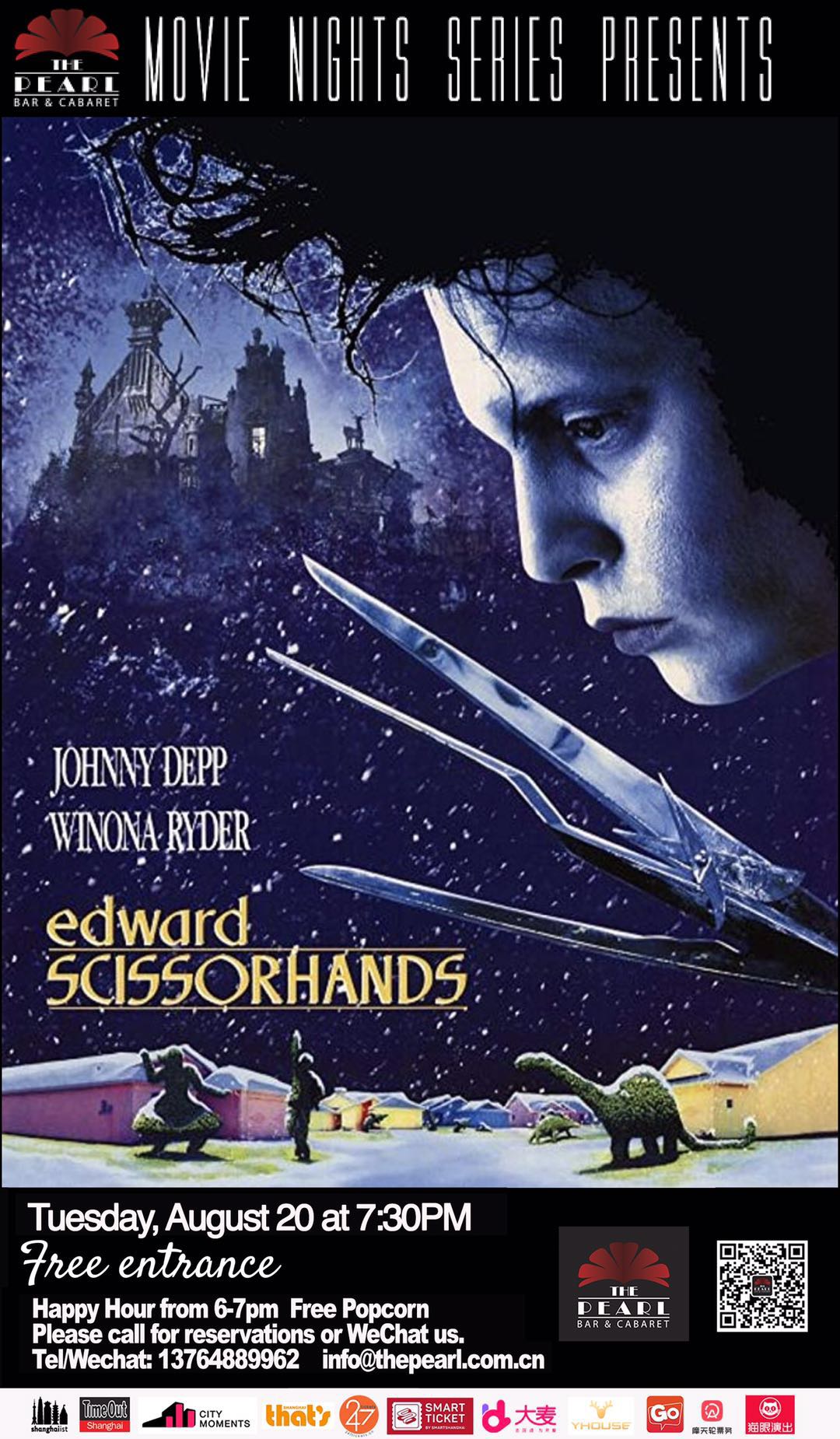 In a castle high on top of a hill lives an inventor's greatest creation - Edward, a near-complete person. The creator died before he could finish Edward's hands; instead, he is left with metal scissors for hands. Since then, he has lived alone, until a kind lady called Peg discovers him and welcomes him into her home. At first, everyone welcomes him into the community, but soon things begin to take a change for the worse.

Doors open at 6pm
Happy hour from 6pm-7pm
Movie starts at 7.30 pm
Special burger deal only RMB 88 include one beer