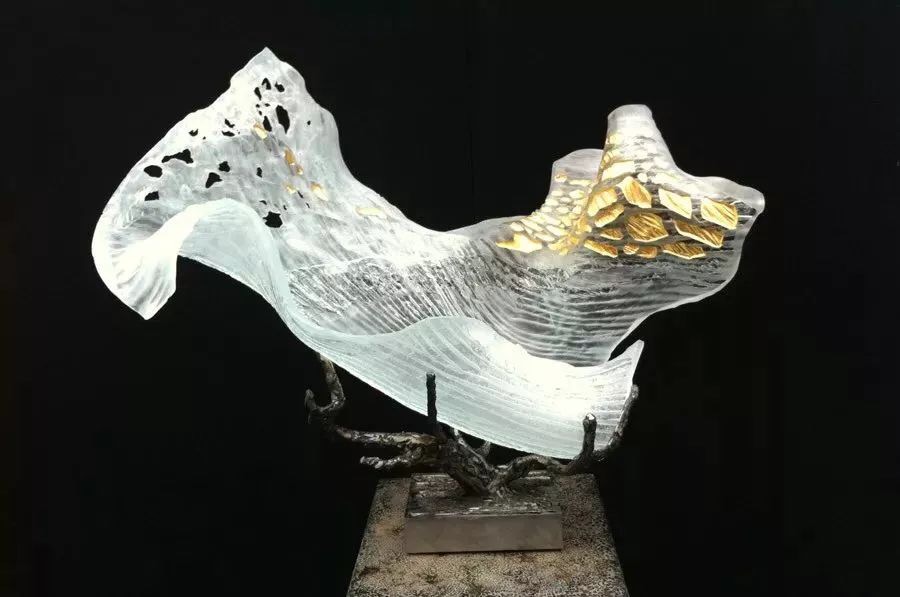 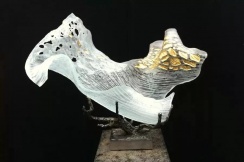 Immediately after graduation from the National School of Applied Arts in Paris, Eric Bonte purchased his own workshop and began his pursuits as an independent artist. This type of adventurous spirit is still evident in his works. He consistently encourages the viewer to subvert accepted doctrines and to think critically for themselves as Descartes, Voltaire and Montaigne (some of Bonte’s favourite authors) did.

He created history with the completion of the stained glass windows and dome in the Yamoussoukro Basilica of Our Lady Peace in the Côte d'Ivoire.

We are fortunate enough to host this maestro’s first solo show in Asia. He has permanent installations at Ladurée in the heart of Paris, the Arab League Conference Centre in Egypt, the Sultan Qaboos Grand Mosque in Oman, and public fountains made of carves glass in Moscow. It is only in the last 10 years that he has begun once again to create and exhibit his personal art.

Here, we have a poet who writes on glass instead of papyrus.

请带我去【Freedom is the Most Valuable Element of Glass Art】