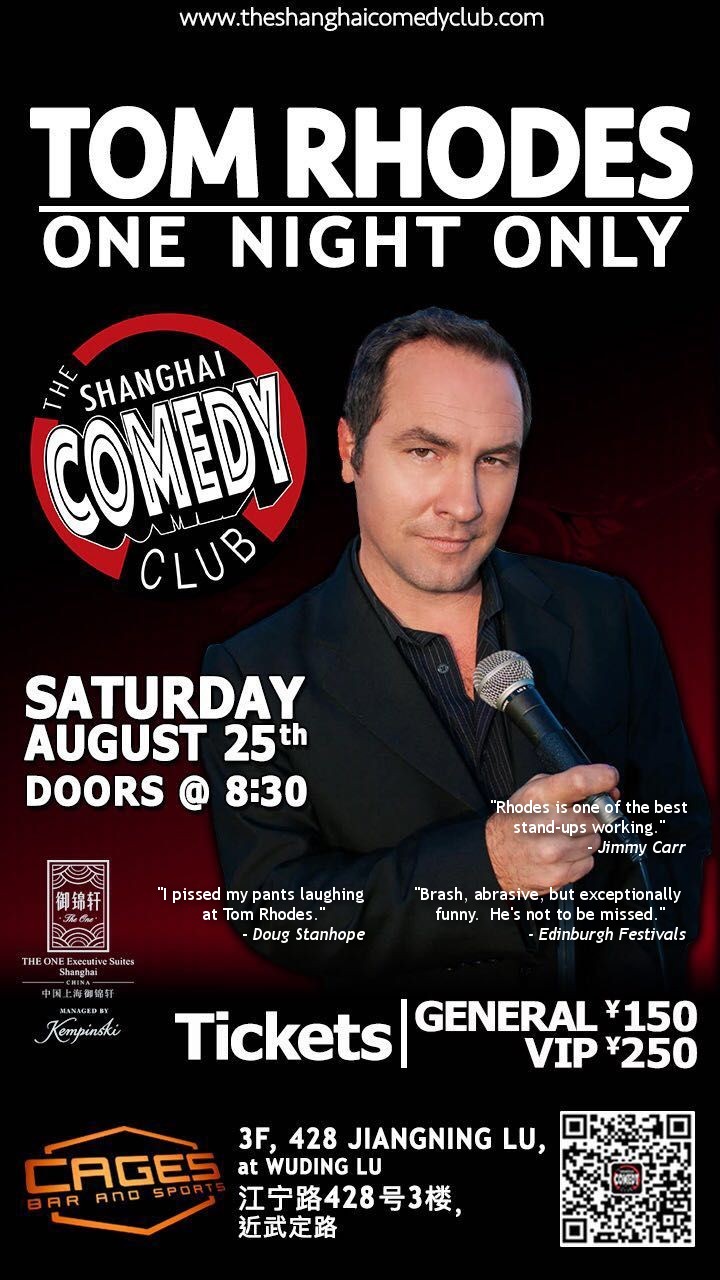 Tom Rhodes is coming to Shanghai!

A world-traveling comic with 33+ years in the business, Rhodes has built a career consisting of stellar stand-up specials, a sitcom, a travel show, a late night talk show, numerous live albums as well as his critically acclaimed podcast Tom Rhodes Radio. The original voice of Comedy Central, The New York Times describes him as “a mostly natural intellect with a knack for reporting the harsh realities of life with a dark and absurdly optimistic cynicism.” His last special, Light Sweet Crude, is currently available on Netflix.

Tom will be touring China with the Shanghai Comedy Club, stopping in Shanghai for one night only at CAGES Bar and Sports on August 25th. Standard and VIP packages are available; VIP tickets include two drinks, front row table seating and a meet and greet with the man himself after the show. Get your tickets ASAP to avoid disappointment.