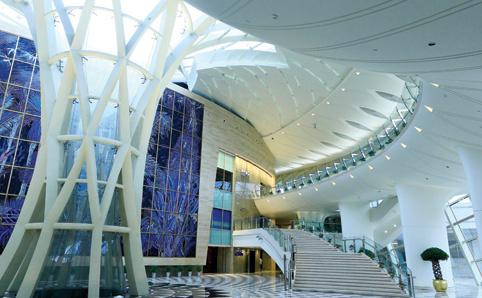 First built in the early 20th century and reopened in 2011 after a five-year-long makeover, this saucer-shaped center is primarily focused on bringing musical theater to Shanghai. Spanning an entire city block in the former French Concession (65,000 square meters), over 55 percent of the complex is filled with green spaces and it's considered one of Shanghai's proudest urban planning projects in recent years.

The Canidrome of Frenchtown: When Shanghai...

Grab Your Tickets to This Tony-Winning Musical...

10 Best Things to Do This Week in Shanghai...