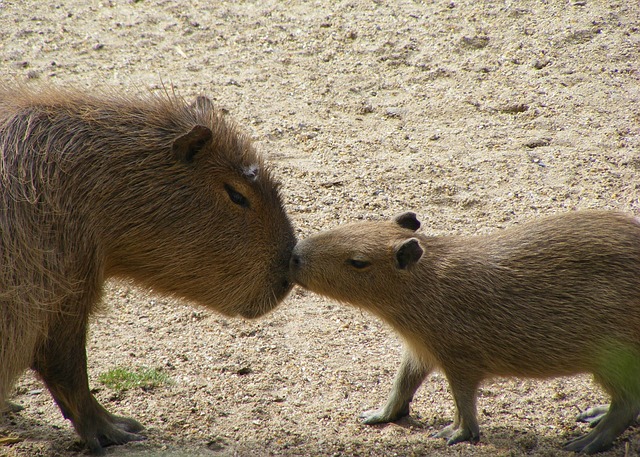 There are moments when, as a parent, you think that you’re about to do something really amazing and awesome. You think it’s going to be an incredible experience. So after talking it up and then that experience becomes a fail, the severity of failure is only exasperated because of your child’s disappointment.

I don’t know why I was fooled by obvious false advertising. I can claim that Chinese is my second language, but I’ve been in China long enough to know that I need to read fine print clearly and be suspicious. There’s very few media that portray things as they are due to bias or sponsorship. After reading an article, I took my children to the Capybara Theme Cafe – which was one of those mistakes, and I was fooled.

Traveling by moped to get there was our first mistake. It was quite far. We were already in the city center at the Duty Free Mall, so it looked not too much further on the map. My kids were so eager on going and checking out the capybara, the largest rodent in the world. We were honestly expecting something like Friday Coffee, which is a place that you can go to experience Japanese coffee and pet cats. That’s what it seems like in this article.

So here we are, riding our moped through the back roads of Sanya. They’re not paved and really dusty. They’re even more dusty when large trucks are barreling down them. I was having trouble with my contacts, barely able to see, and the kids were asking me how long it was going to take to get there.

“Look, you both wanted to ride the moped to get out there, so that’s what were doing,” I said and drew a clear line not to cross again.

The GPS initially took us to the highway, which we’re not allowed to enter on moped, so we detoured back and our trip got even longer. My bad, but the kids were gracious or scared of asking about the new length of time. I’m not sure which.

On the right track, we saw and smelled goats as we rolled by. We saw lots of furniture and stone statue stores. It was an interesting ride through underdeveloped Sanya. A ride I hope not to take again any time soon.

When we arrived in the cafe area, we were all excited. It’s a cute little ‘artist town’ and it’s starting to have focused development. 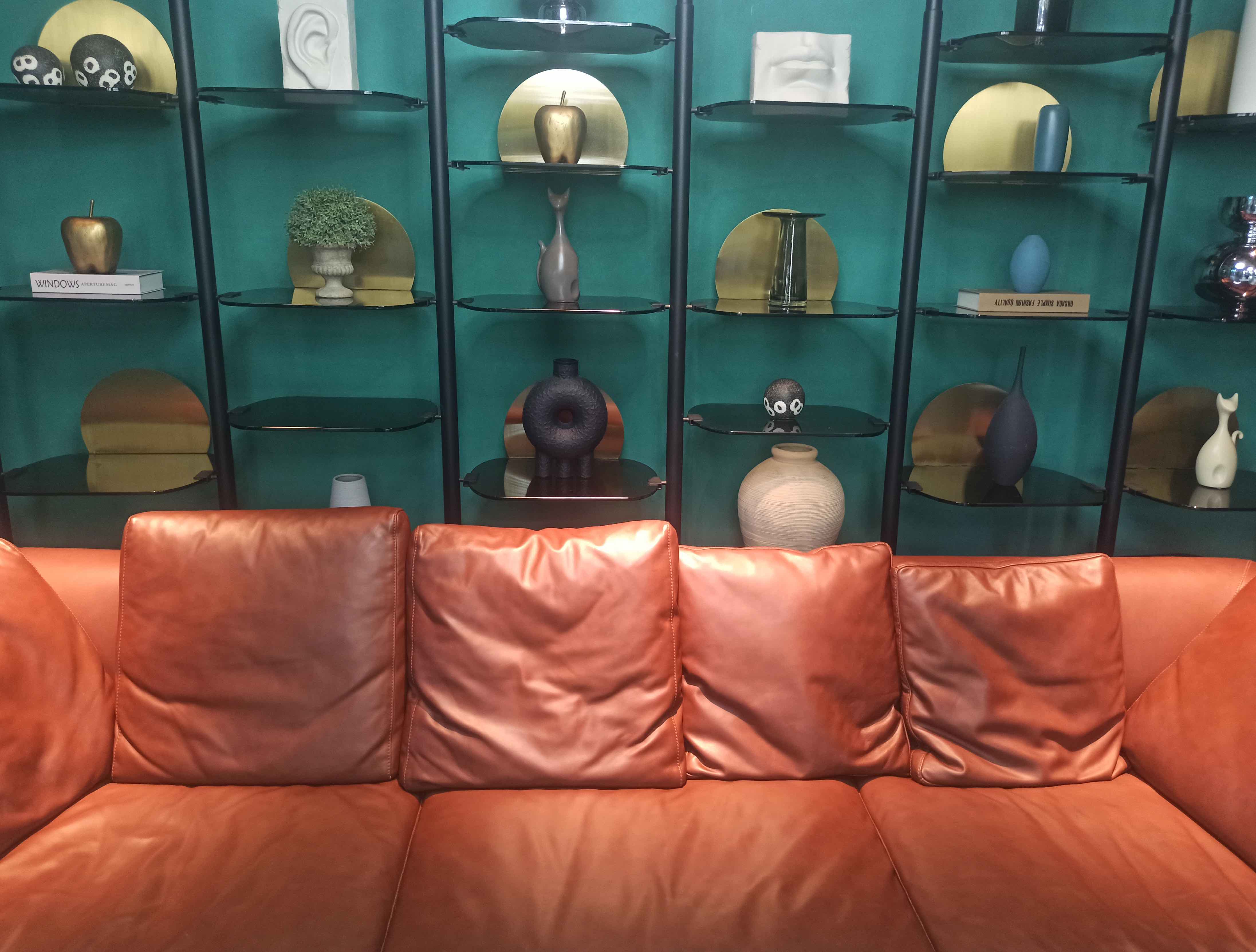 When we got inside the actual cafe, the first thing I noticed was the smell. I have pets so I do know that they come with a smell, but this one smelled like a barn. It’s very similar to the musky smell of horses, but not quite as strong.

Other than the countryside smell that will be liked by some and hated by others, it’s beautiful inside. There were other families also. I heard someone remark when they saw us, “Look, all of the children of Sanya are coming out to see.”

Sadly, the capybara was in its pen. All by itself. The pen had been drained of all its water, and the poor thing was sitting curled up in a ball in the corner by its own excrement pan. At times it would arouse itself, walk around the pen slowly, pacing once or twice and then go back to the ball.

I realize I shouldn't project emotions but I felt sad. It seemed sad, too. 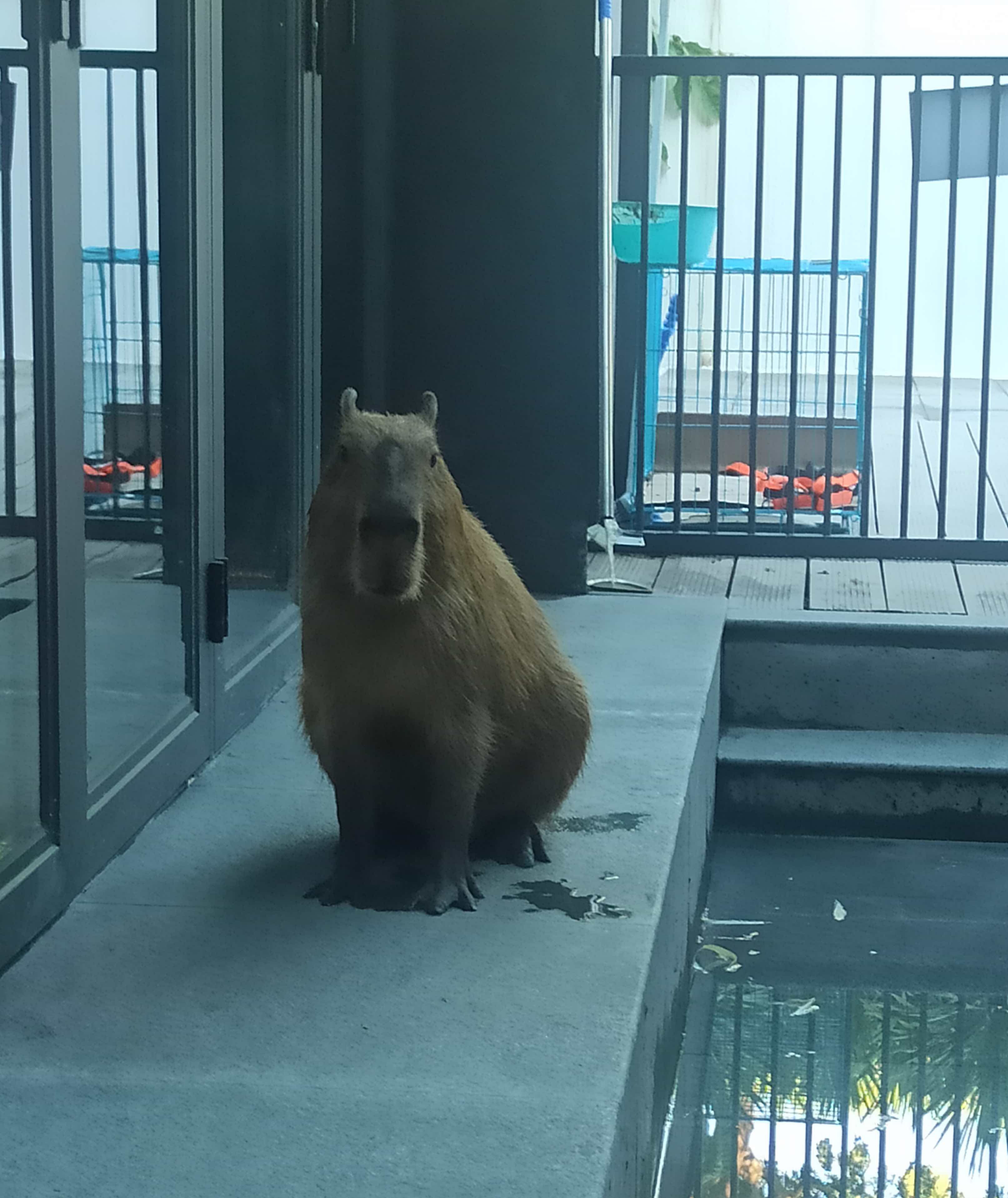 My daughter asked an attendant, “When’s he going to come out of the pen?” What we had seen in the article is the capybara running around in the cafe, interacting with others.

“It doesn’t ever come out of the pen.”

Massive parent fail. It’s a knockoff zoo with one attraction.

I hoped the food wouldn’t be bad, despite the limited menu. The options made it clear it was meant mostly for children. I ended up ordering two smoothies, one mango and one dragon fruit. I rounded out the snack of a meal with a salad and french fries to cheer up some seriously sad kids. 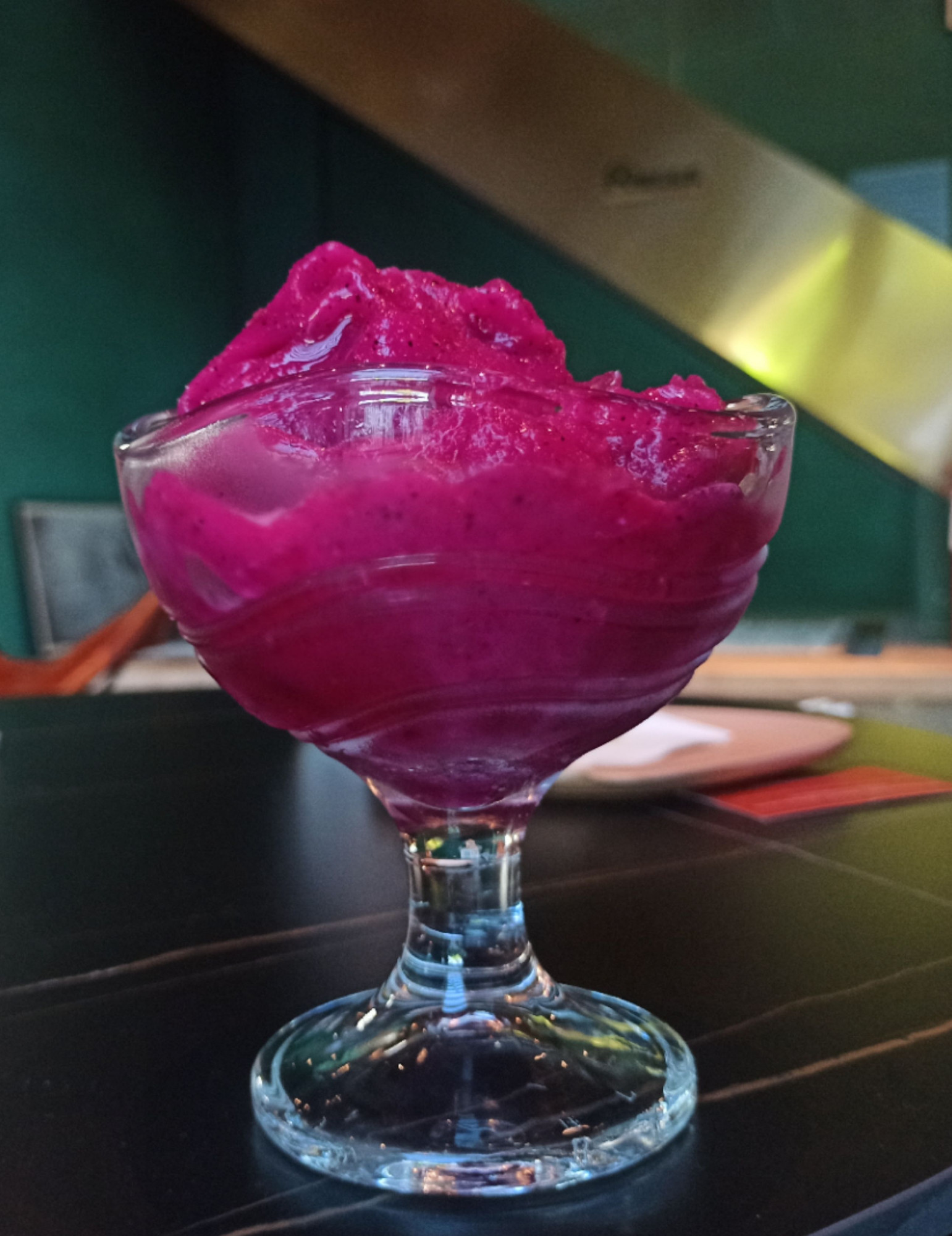 The dragon fruit smoothie tasted like they had gotten scrapes of the inner skin and so it was earthy and not the light favor dragon fruit normally offers. The mango smoothie was good, but sadly, they add sugar. That’s not needed because both mango and dragon fruit are already sweet enough. 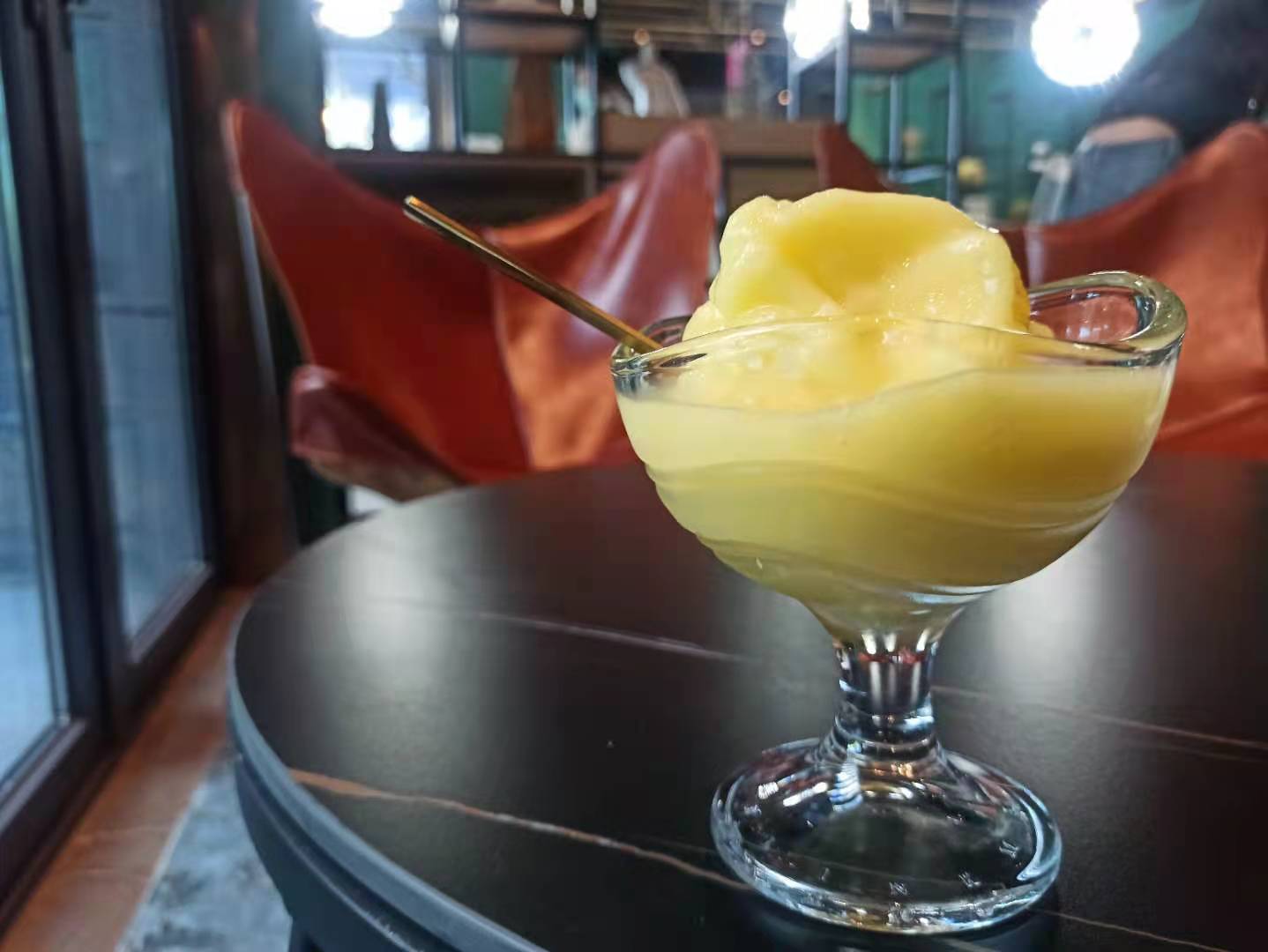 The french fries were soggy not crisp. The salad was not good at all. 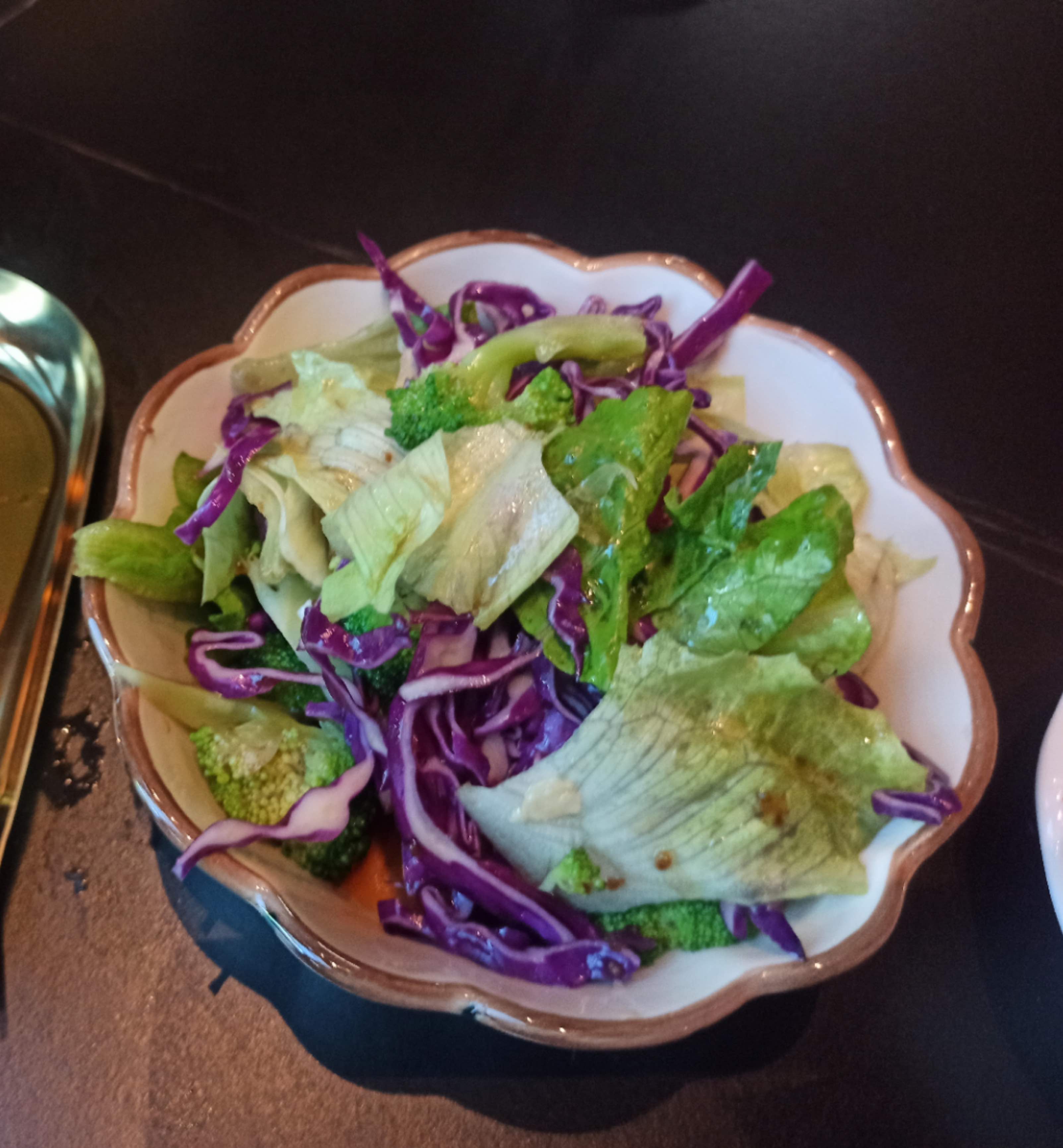 My children went out to look at the capybara. According to my children, it made similar beep and squeak sounds to that of hippos. 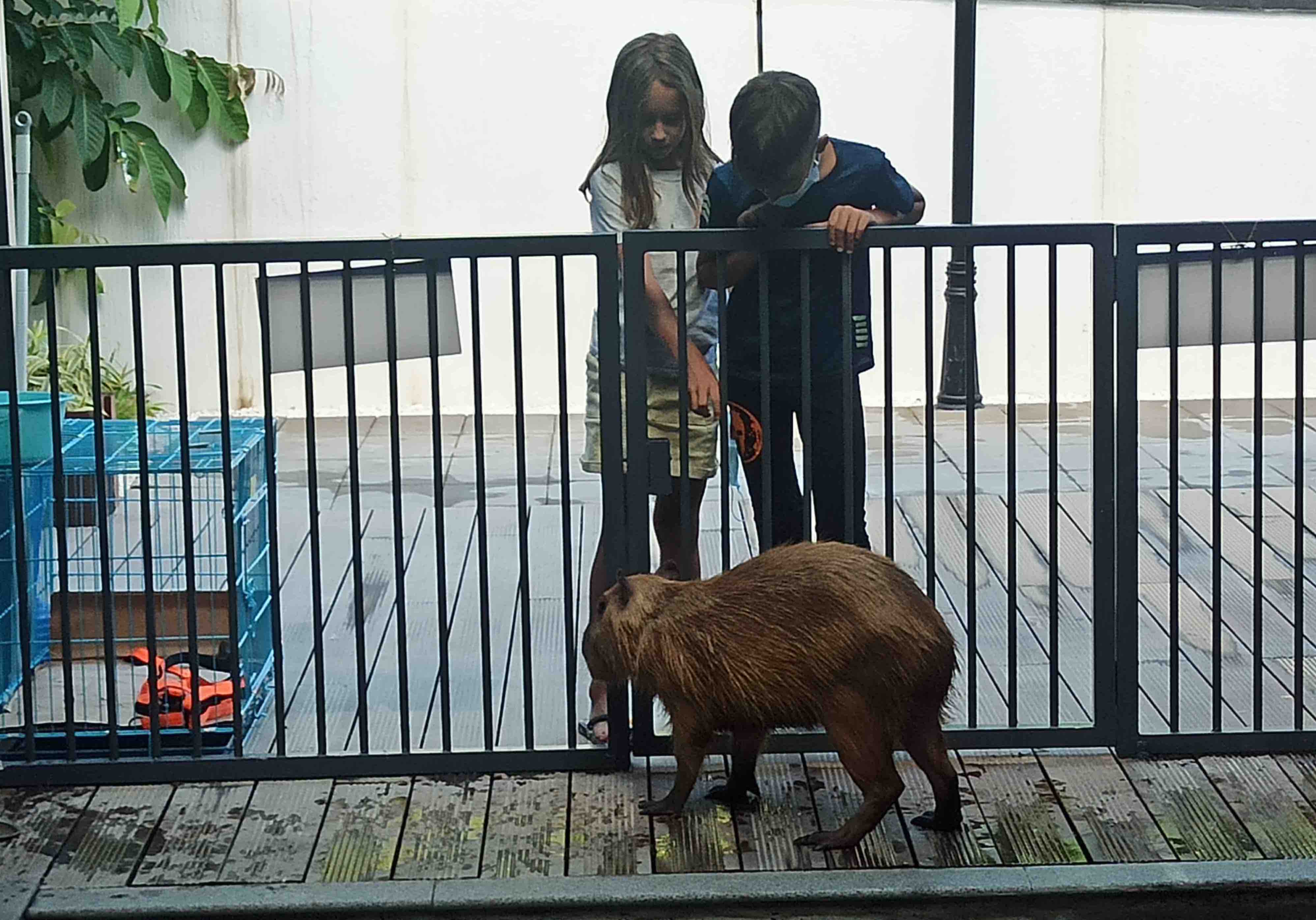 During the time when we were there, a couple of the children went over to the pen, and they grabbed leaves from random bushes that were planted there and started throwing the leaves in the pen. That was probably not the best of things to happen for the health of this animal, who began to pick at the leaves and chomp on a few.

The decoration is beautiful and there were a few wanghong who were there taking glam pictures of themselves. 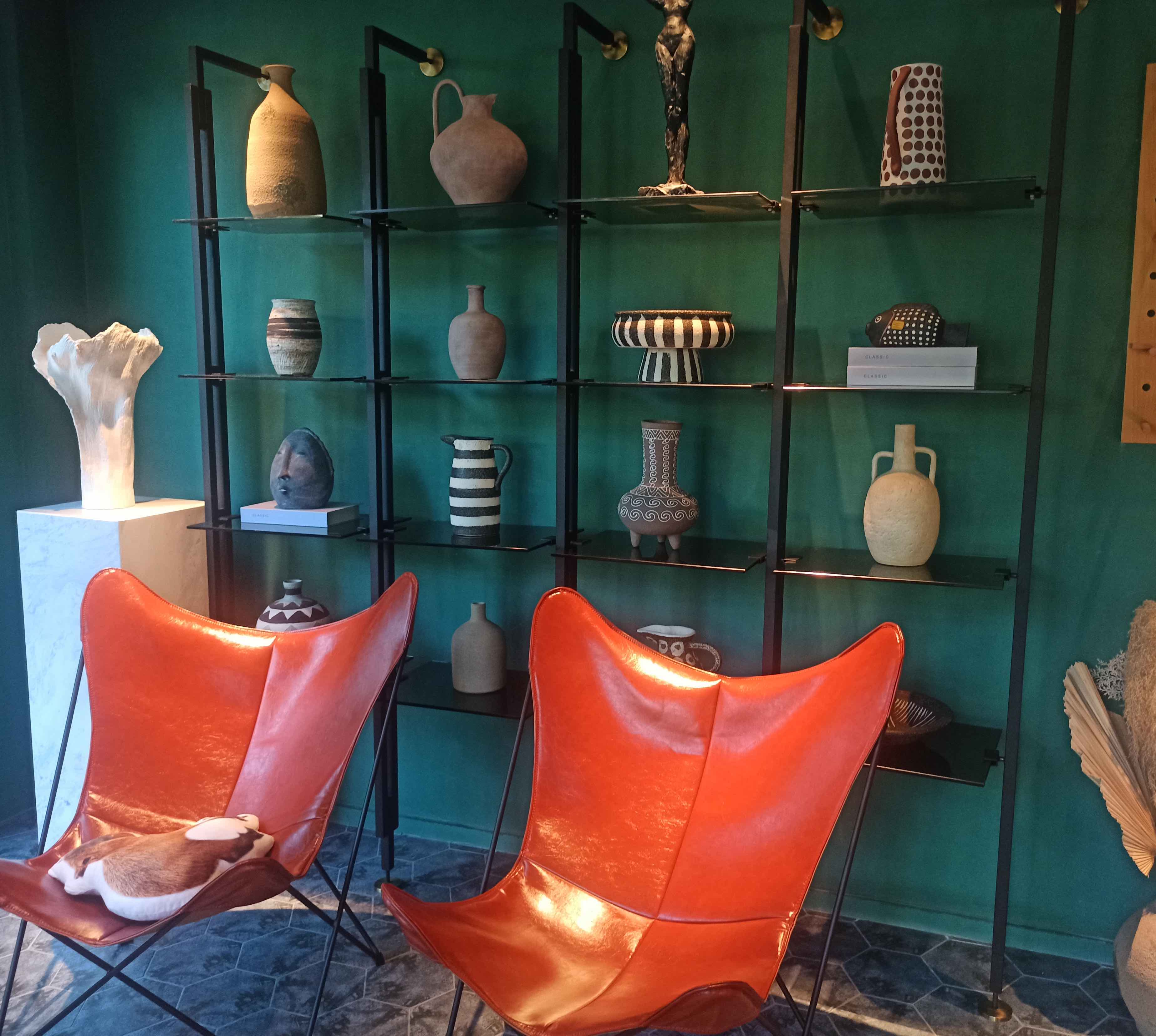 So it’s one of those spots that people want to go just to say that they’ve been there, that they’ve seen a capybara.

My whole family loves animals. My daughter loves to frequently catch and release geckos. We’ve looked at frogs and snails here. We love to go snorkeling and watch all of the ocean wildlife. One of the most intense moments in Sanya was when my husband caught a cobra lurking in our parking garage and then safely released it.

So visiting Friday Coffee in downtown Sanya was fun. We can clearly see the cats are well taken care of. They don’t allow children under 12 to visit the cats’ inner room, and they give the cats a day to rest. But visiting the Capybara Theme Cafe was sad. If you’re a conscientious animal lover, you won’t enjoy it, and you might even get angry.

Capybara are meant to be in the sunshine and are social creatures, usually living in groups, (I became a quick expert and so can you by checking out capybarafacts.com). Yes, they can be kept as pets, but it is advised they aren’t kept alone and that they’re given plenty of space to roam around. 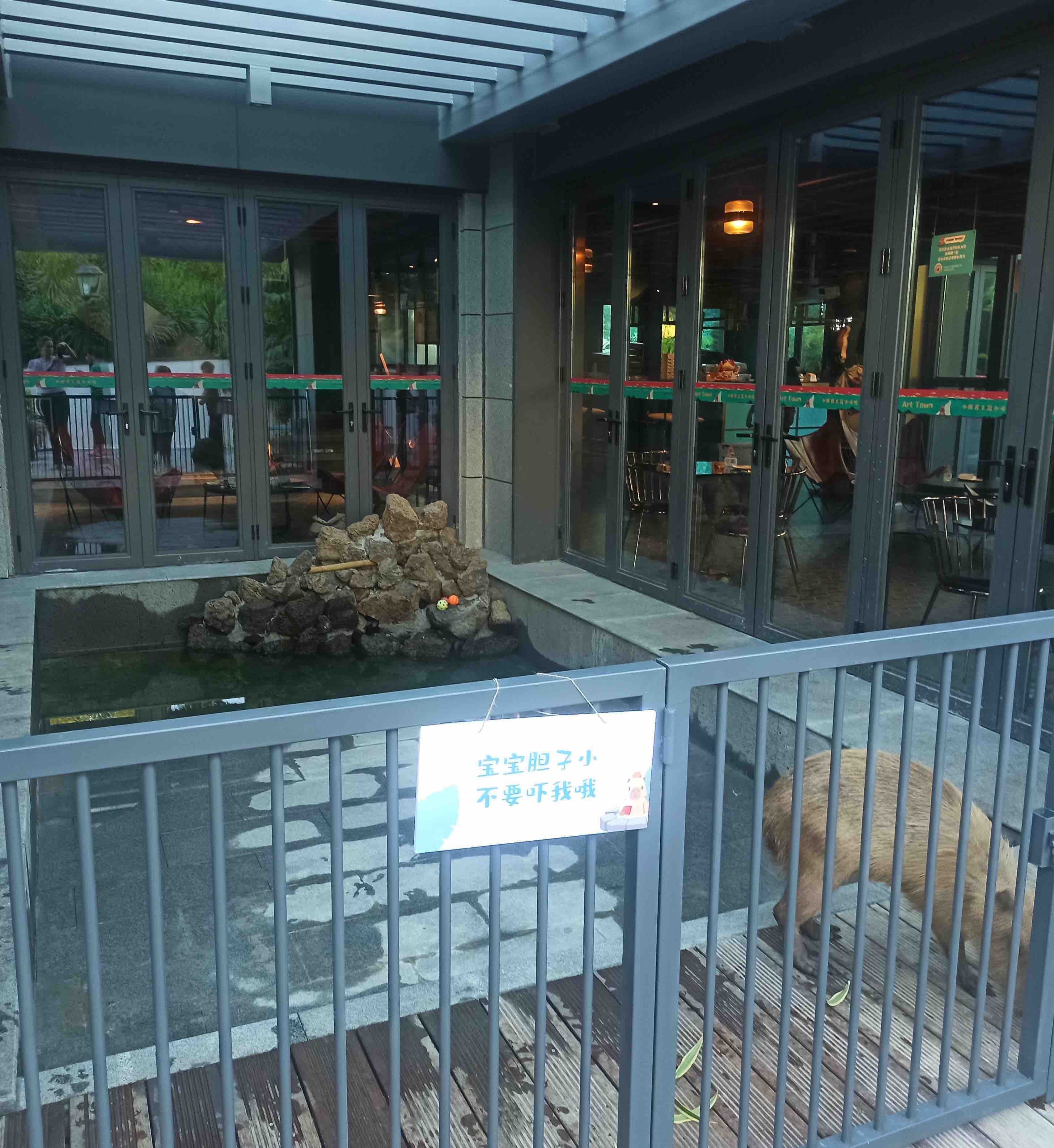 My daughter was so upset she started to plan her own cafes that would be a haven for animals and people, like a dog cafe for pet owners to meet up. She suggested a snake and lizard cafe also, but we’ll talk to her about risk and profitability down the road.

If you’re thinking of going to this cafe, don't or lower your expectations. If you happen to be in the area you might stop by just so your child can see and experience capybara, but it's not worth the amount of time that it takes to get out there. It is next to the famous Sanya library that people love to take pictures of, but even the library was smaller than what I expected.

I would give two out of five stars for the coffee shop.

READ MORE: Planning a Birthday in Sanya? Get a Cake at Dairy Queen 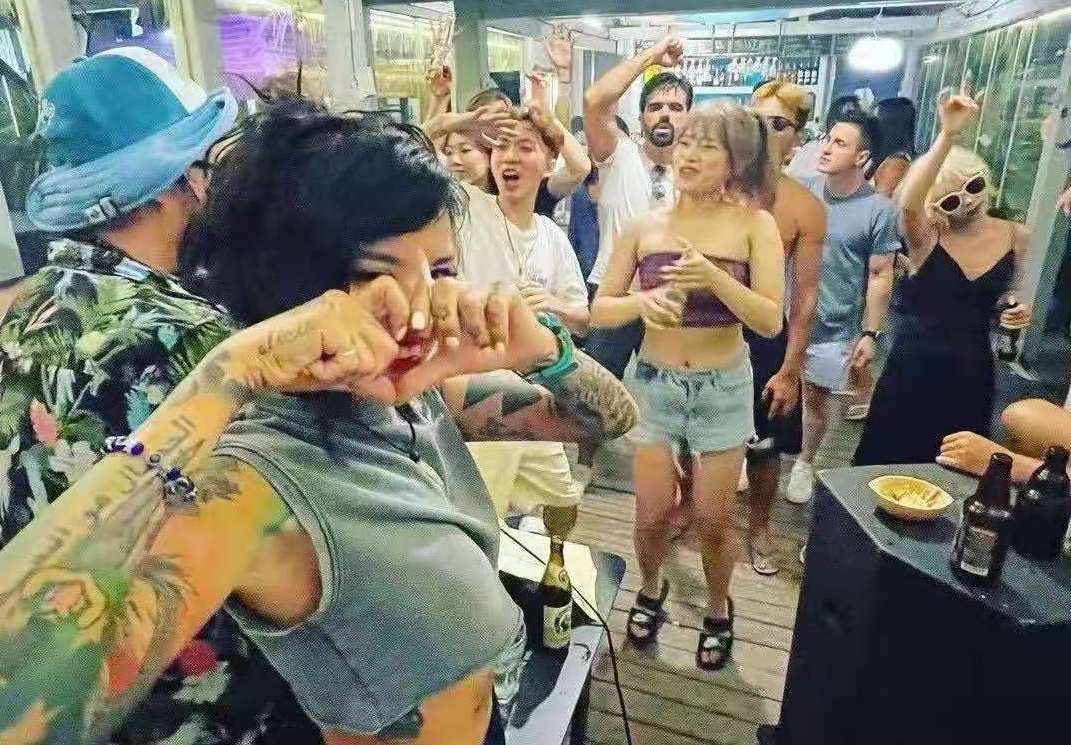 FREE Shot at this Party + 18 Other Events in Sanya

One free welcome shot when you prove your loyalty to That's Sanya.

Planning a Birthday in Sanya? Get a Cake at Dairy Queen

Sanya has slowed down in events due to the lull in travelers, but there's still so much to do.