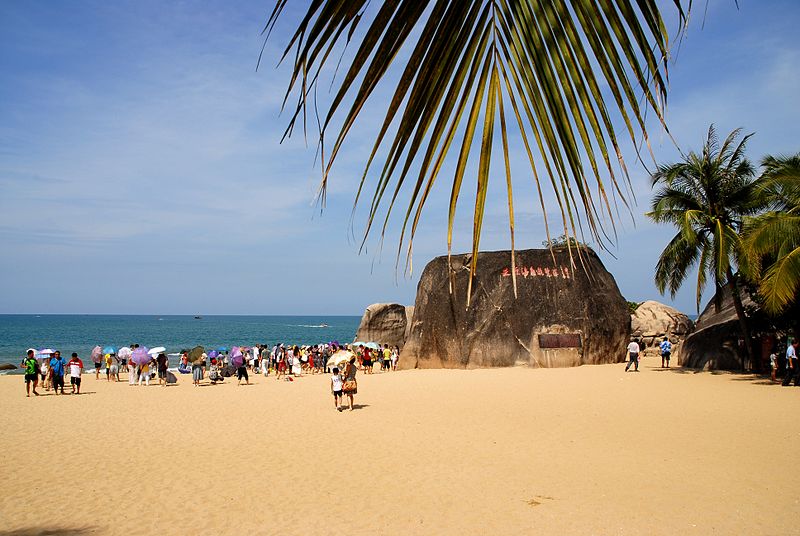 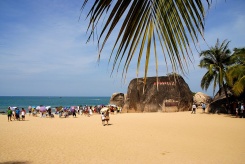 Tianya is centered around large dark rocks associated with Chinese folktales and bustling with activities providers. Tianya literally translates a “faraway place” or “sky meets the earth” kind of like the English expression the end of the earth.

One folktale surrounding these rocks include doomed eternal and faithful love, a seemingly popular theme in Hainan culture. Another folktale surrounds fairy maidens who tried to save fisherman but were scorned by the gods for helping mortal men.