Phnom Penh is not a true layover city, not in the traditional sense anyway. You are unlikely to have a connecting flight out of the city, since Bangkok is so close and is without doubt the air transport hub of the region.

That being said, many visitors to Cambodia use Phnom Penh as a jumping-off point to other regions, like the Angkor temple complex or the beaches of Sihanoukville.

With this in mind, this week's 24 Hours in Town examines things to do in the unique and exotic city of Phnom Penh.

The previous edition of 24 Hours in Town pointed out that Singapore is no longer the place that David Attenborough once described as “a series of small tin sheds”. The glittering and modern city of Singapore today is indeed light years ahead of the city that Attenborough visited.

Phnom Penh, on the other hand, is still not too far off.

It remains in the very nascent stages of its development. When I first visited there in 2012, the country had just opened its first over-pass highway. Today, it doesn’t look much different than it did then.

When you get off the plane and take a tuk-tuk (by far the most common means of public transportation) to the city center, you will see tremendous levels of poverty. At many stops, begging children will bombard your tuk-tuk.

This is sad at first, but you must desensitize to it. Remember, the money is ultimately going to a handler who is exploiting these children, a practice that is endemic on many levels in Cambodian society. 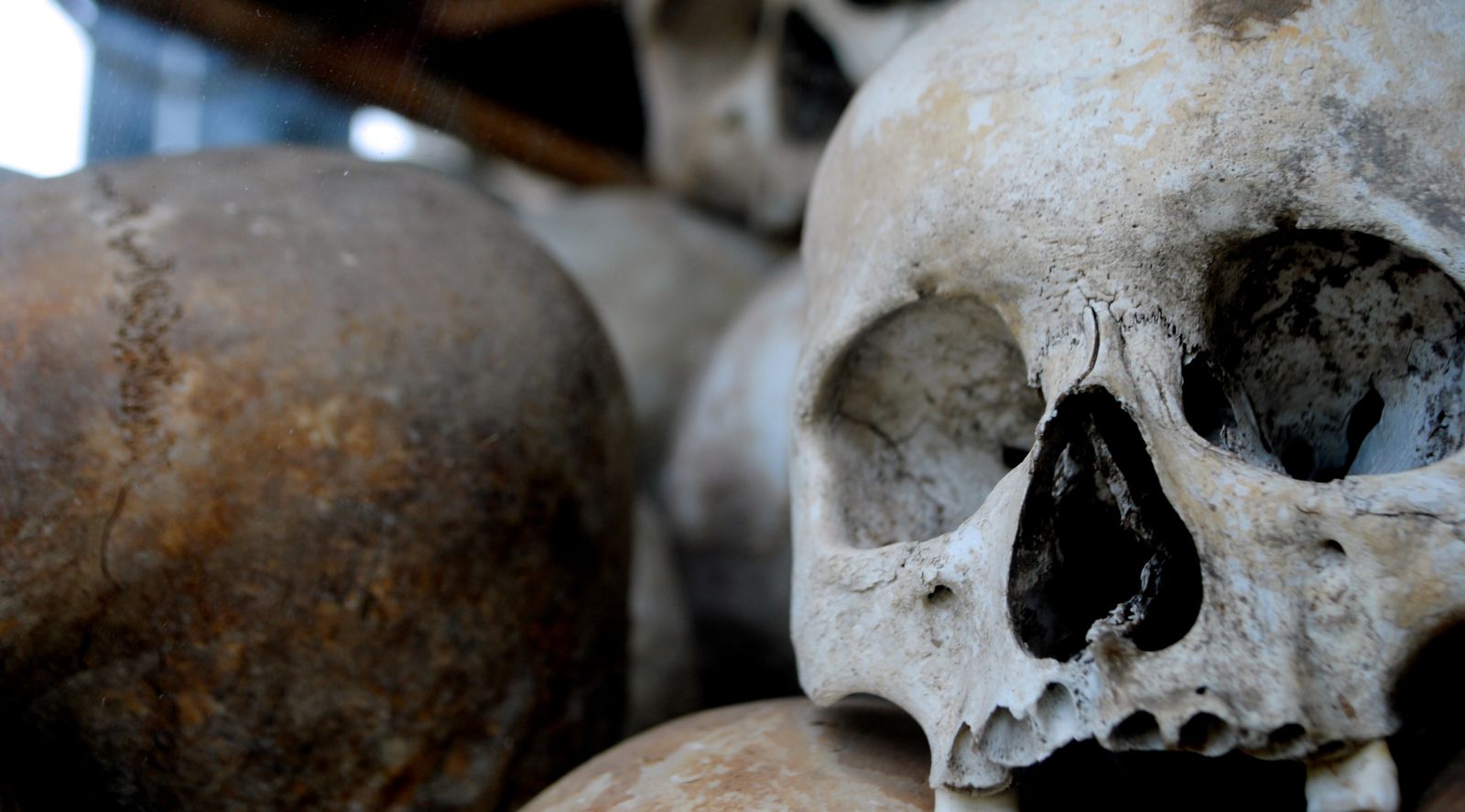 To learn more about the key cause for some of the country’s darker undertones, day-time activities in Phnom Penh can include visits to the Killing Fields and S-21 Torture Prison.

From 1975 to 1979 the Khmer Rouge slaughtered an estimated 3 million people in a genocide that targeted the educated, the elderly, the bilingual, and even those who wore glasses.

Perhaps the most chilling site of them all is an ostensibly ordinary tree in the Killing Fields that soldiers once used to smash the heads of babies. Grim as it may be, you can learn a great deal about the horrors of genocide at these two locations, which helps explain many of the anomalies found in Cambodian society.

If the Killing Fields and S-21 sound too depressing, Phnom Penh offers plenty of other sites to see.

There is no shortage of old palaces and Buddhist temples. The Royal Palace is a beautiful complex of golden temples. Wat Phnom, a 27-meter Buddhist pagoda built in 1373, is also worth a visit.

One advantage of Phnom Penh being quite small is that you can visit all of these places in one day.

Cambodian cuisine is far from superb, which is strange considering it's nestled between two culinary powerhouses - Thailand and Vietnam.

It is similar to Thai and Vietnamese food, the flavors are just less bold and there seems to be less care put into the preparation.

Though everyday Khmer food is not so great, there are some good options if you know where to look. The local recommendation is Savanna 2, an outdoor barbecue joint that is usually packed with Cambodians.

However, if Khmer food is not for you, there is a wide range of other ethnic foods to service the many local expats and tourists. The Western food tends to be pretty good and there are many excellent Indian and Vietnamese restaurants.

The more adventurous types can also try Phnom Penh’s famous 'happy pizzas'. Restaurants serving pizza and shakes made with marijuana are abundant in this city. But beware, the pies at Pink Elephant Happy Pizza will pack a heavy punch.

The nightlife in Phnom Penh may come across as a bit sketchy, and it is.

Most of the bars are crawling with 'bar girls'. These girls are often prostitutes, but not all of them.

Many of them are simply there to hang around with you and mooch a drink or two. There's no need to be intimidated. 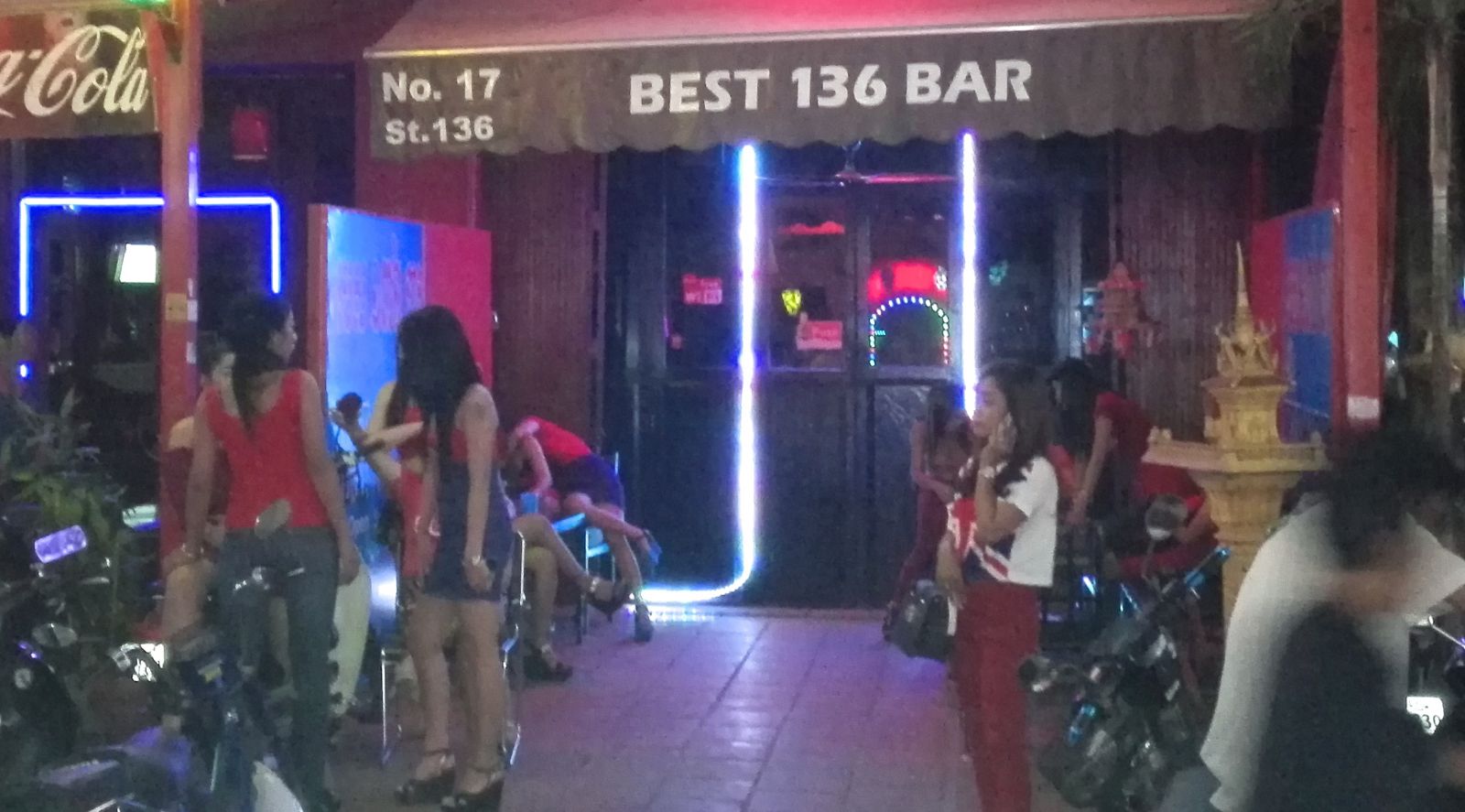 Yes, some of them will go home with you if you ask, but it’s still necessary to be kind and build rapport. If you’re not interested in the extracurricular activities, it’s still worth getting to know some of these local girls over a drink and a game of pool.

They can provide some interesting insight into life there. Most of them have tales of hardship and are working to support their families, so it’s important not to judge.

Purchasing a drink for a young lady will not be an expensive undertaking, even down by the river, where the nightlife is most prominent. A draft of the local favorite, Angkor Beer, will run USD1-2 depending on the venue. Mixed drinks are about the same price.

Cost is the big advantage of having a layover in a city like Phnom Penh as opposed to Singapore or Hong Kong.

To sum up, Phnom Penh is not exactly for the faint of heart. It has a dark history that still lingers to this day.

It is dirty and filled with child poverty, as well as young girls who have very little choice but to work as prostitutes.

Despite all this, there is a lot of beauty to be found. The people, like in most of Southeast Asia, are very friendly and will gladly help you find your way and familiarize with the city.

Even though there is extreme poverty, it is still very safe for foreigners. In short, Phnom Penh is a great place to gain some perspective on how 'the other half' lives. For this week's 24 Hours in Town, we explore the sights, beaches and chill vibes that make Australia's largest city a tourism mainstay. The dreaded day-long layover can be a real drag, especially if you don't leave the airport. For this month's 24 Hours in Town we whisk you off to Perth to see how you can pass your next layover there. The spicy, savory and fresh cuisine of Mexico has arrived at The Crowne Plaza Guangzhou City Centre for three weeks.

The dreaded day-long layover can be a real drag, especially if you don't leave the airport. For this month's 24 Hours in Town we will sling you to Manila to see how you can pass your next layover there.

The dreaded day-long layover can be a real drag, especially if you don't leave the airport. For this week's 24 Hours in Town we will sling you to Singapore to see how you can pass your next layover there.

When the Le Mans series first started, it was a showcase for the cutting-edge cars of its day. This spirit is still alive, and the 2014 series will feature vehicles that look more like spaceships than cars.

After a successful debut, NFL China brings back NFL HOME FIELD to Shanghai, Beijing and Guangzhou. The festivities kick off this Sunday at No 10 Sports Park.

A 33-year-old man in Dongguan, Jiangxi province was found dead on April 9 after working straight through the month of March and accumulating 190 hours of overtime.