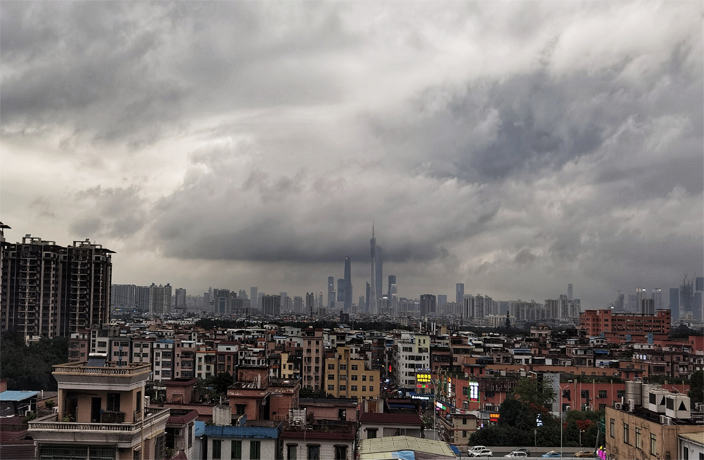 On Tuesday, May 10, Guangzhou Municipal Headquarters of Three Defenses issued a notice stating that, due to the heavy downpour of rain expected over the next few days, primary and secondary schools, kindergartens and off-campus training centers will suspend operations until May 12.

According to recent forecasts, from May 11-13 Guangzhou will have persistent and heavy rainstorms.

The city will face the risk of mountain torrent-triggered geological disasters, floods of small and medium rivers and waterlogging in urban and rural areas.

However, as of press time, the rain in Guangzhou has been intermittent and caused only minor disruptions.

The lack of rain in the city has caused the following hashtag to circulate on Weibo – #广州天气回应暴雨为何没下# (Guangzhou Weather explains why Guangzhou's heavy rain hasn't started yet).

However, many news outlets in the province of Guangdong are reporting that the chance of heavy downpours in Guangzhou remains very likely.