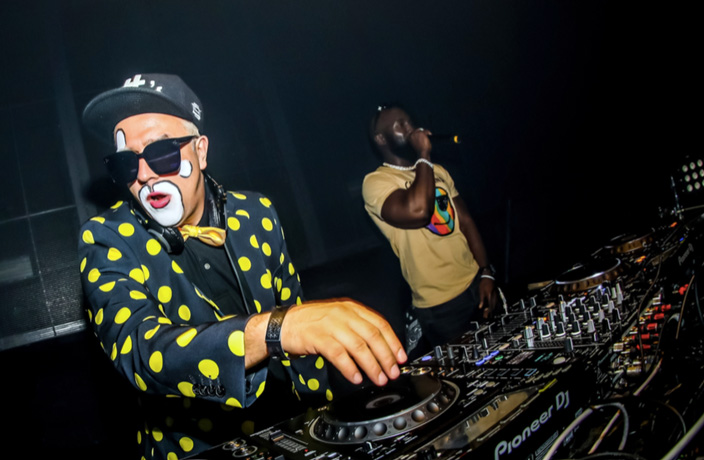 Marc Lussier loves to put on a good show. The Canadian native has a deeply rooted passion for music that’s led him on quite the journey, from underground clubs in Edmonton to some of the biggest stages in Chinese nightclubs. Below, Lussier (known as DJ Digital Circus) shares his backstory involving circus acrobatics, clown makeup and brazen performances.

Where did your music journey begin?
I always loved different types of music, from the Beastie Boys, Eazy E, Gypsy Kings and P.M. Dawn to Outkast, Boy George and KLF. All of these artists really inspired me when I was young.

My best friend Jeff Scott and I would jam in his New York-style loft until the sun came up, just dreaming of DJing. Then I found these little underground clubs in my city of Edmonton, and I would go listen to Ariel and Rual play four-hour house sets. It’s been amazing to see and hear the music progress over the years. My shows have gotten bigger as I’ve learned how to move the crowd and keep that energy flowing up and down. 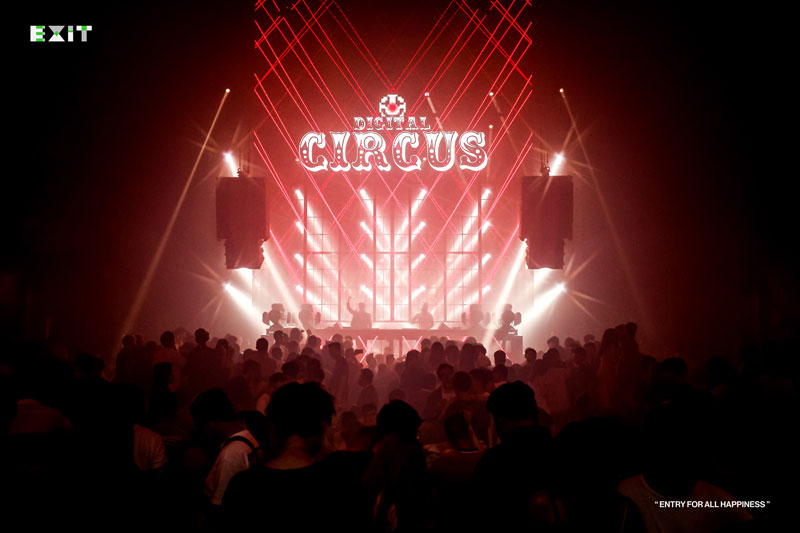 One time I went to a hard dance show in Vancouver at the Plaza of Nations, and I saw hard house DJ BK play a set. I said to myself that is what I want to do. I started going to record shops and buying records in the late 90s and noughties. The feeling of going into the record shop and spending hours searching for new tracks is truly a lost pastime – to me it was everything.

Some of my closest friends started a company called Connected Entertainment and began bringing in more big-name DJs to my city, so I started working and promoting with them. This is where I learned the ins and outs of the business side of music. The best times of my life were promoting shows and pushing the scene with friends. 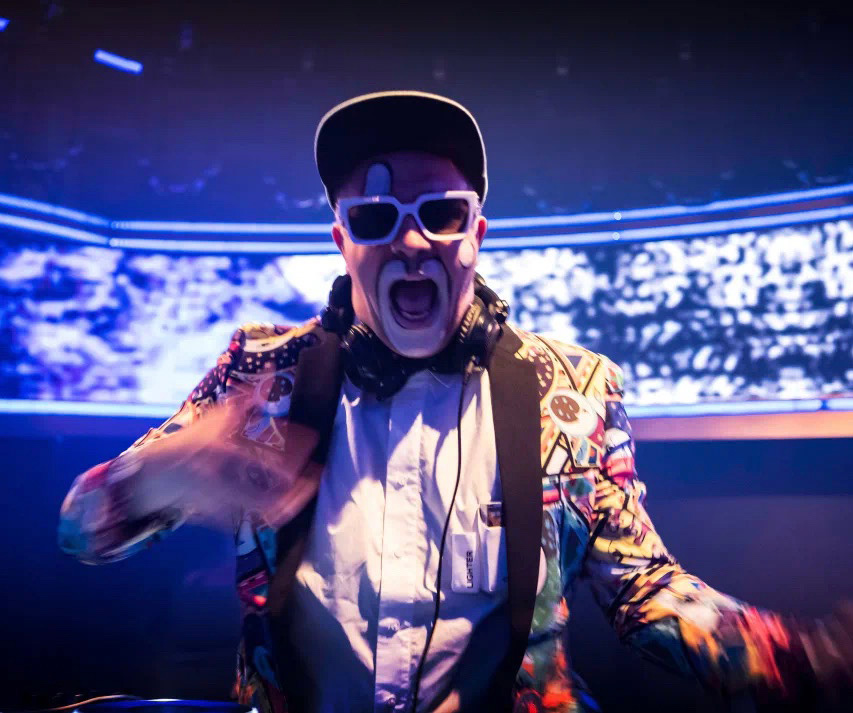 How did clown makeup become your signature look? When did it start?
A lot of people I meet don’t know that I was a professional high diver and had competed in diving since I was about 6 years old. Instead of going to university on a scholarship, I decided to turn professional and joined the circus, working for over 12 years with Cirque du Soleil and Chimelong group here in China. 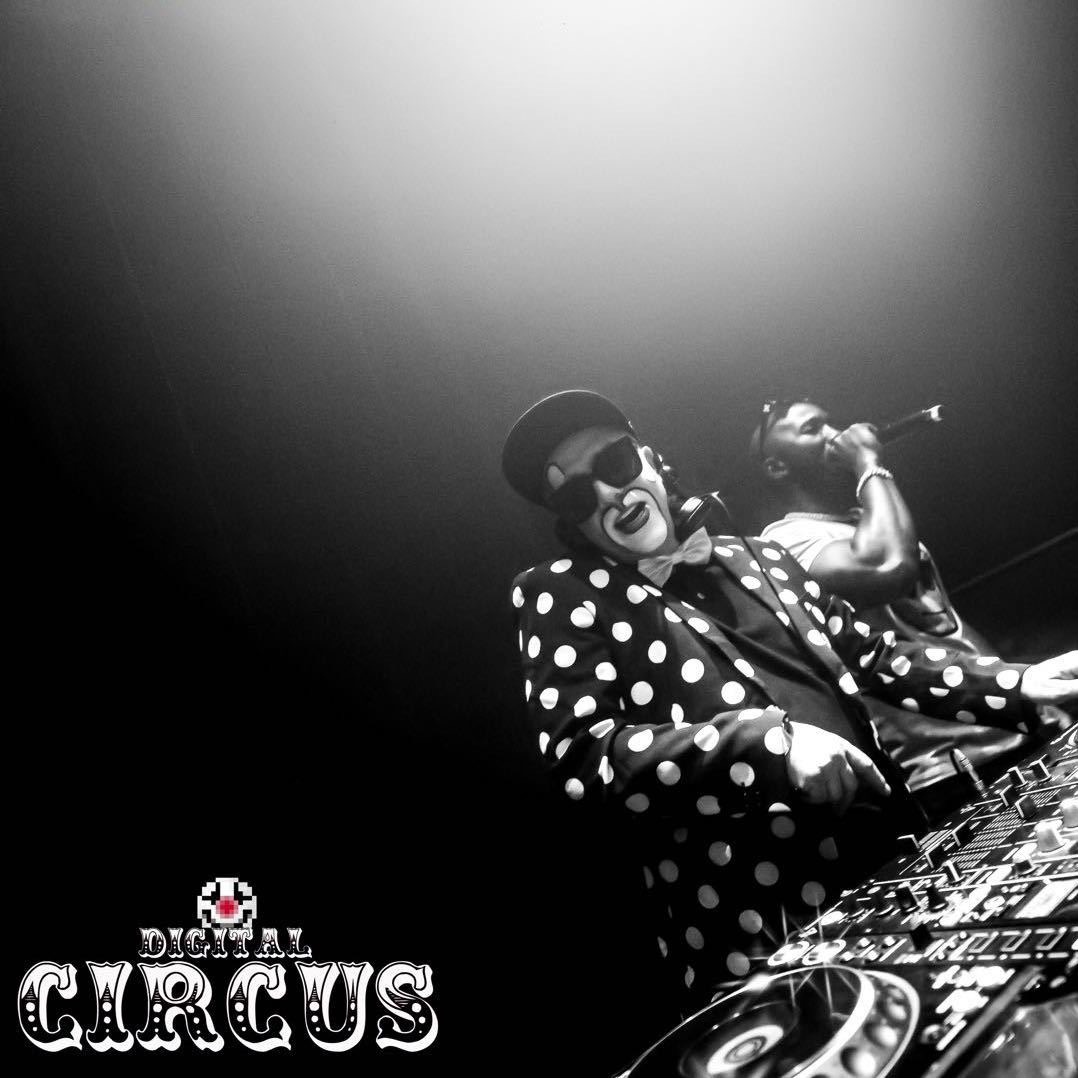 Guangzhou has one of the largest circuses in the world at the Chimelong Circus, with over 500 performers in the show. At Chimelong, I became one of the lead clowns for the whole show. My face was all over the city on public buses, taxis, bus stops and elsewhere – it was a little crazy. Each night, I would do my makeup one hour before showtime.

The circus runs one show a day, so my routine was one show in the evening, and then I would moonlight as a Dj all over the Guangdong nightclub scene. One night I realized I can keep clowning on stage as a DJ, so I put on some clown face and a suit and got on stage. I was a resident DJ at one of China’s mega-clubs, Catwalk in Guangzhou. The photos and support from people were amazing during and after my set. From then on, I started creating, booking and performing Digital Circus.

What can the audience expect from a DJ Digital Circus show?
If you have ever been to a live circus show, then you know that the music always has big drums. Digital Circus shows have huge drums and circus-style musical influences in the mix. In the circus, you can always hear how the music matches the tension of the performance. That is exactly what I try and create in my shows using lights, sound and performances. 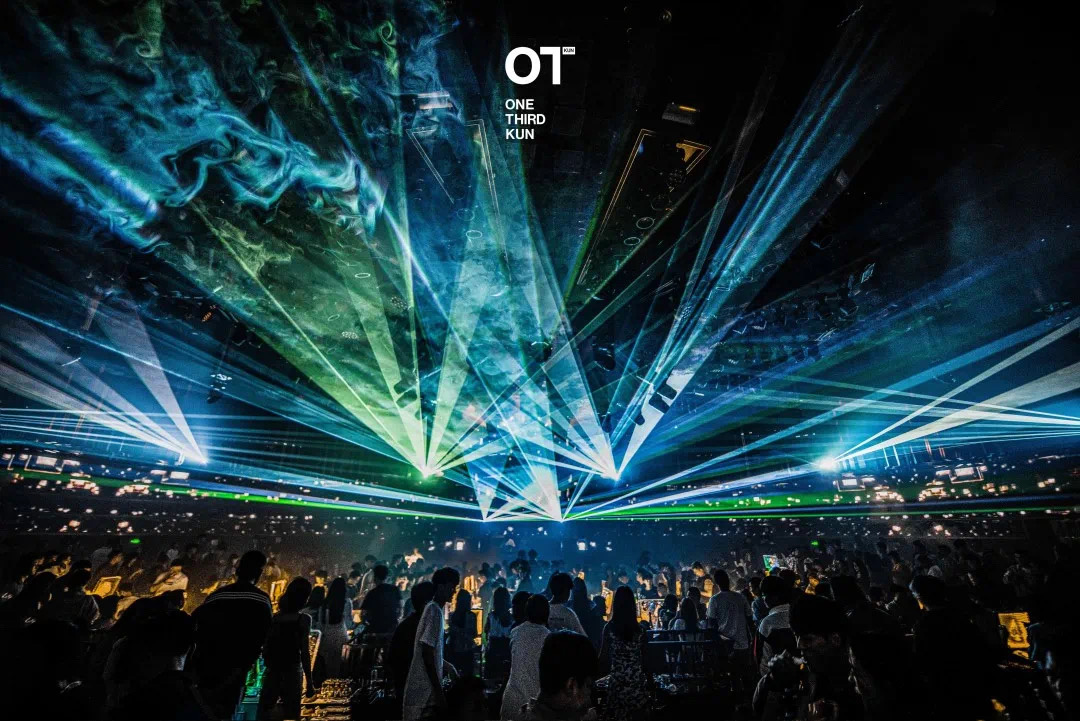 How long have you been mixed up with the DJ community in China? What are some notable changes you’ve witnessed in the club scene?
I have been in the China DJ scene for nearly 20 years – it’s crazy to think about. Chinese club culture is huge, it’s always growing and adapting and seems like it just gets bigger and better. The world is starting to wake up and see that China has some of the biggest and best clubs in the world. 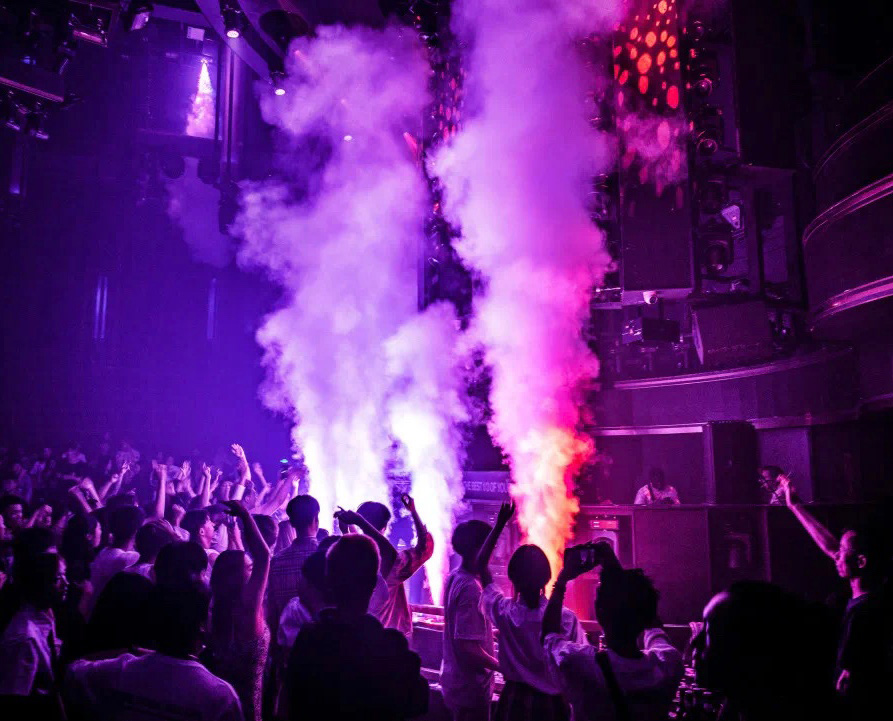 In Guangzhou, we have three of Mixmag’s Top 100 clubs. These clubs are the most professional I have ever seen, with huge shows and a production every night of the week. I’m recently back from a show tour and truly happy to be a part of it.

Which cities do you most look forward to performing in?
I love Kunming. I was recently [performing] there at One Third club, which has to be one of the top three clubs ever built in China. My management CIA has been super awesome in setting up a great tour.

This year, I will be visiting Xiamen, Beijing, Shenzhen, Sanya, Foshan, Guangzhou, Tianjin and many other cities.

READ MORE: Hold the Door! We Spoke With Hodor About 'Game of Thrones' and EDM

Check out DJ Digital Circus on Pyromusic, and reach out via email at Soundmasters@163.com or WeChat (audioprostitute).