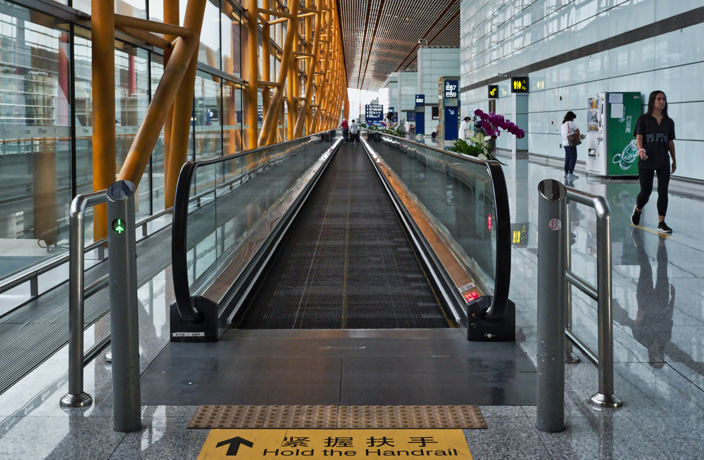 A positive sign for folks waiting to return to China: Some experts are saying border controls could be eased following the ‘Two Sessions’ – China’s biggest annual political event, which starts on Thursday.

On Sunday, Wang Hongwei, a professor at Renmin University of China’s School of Public Administration and Policy in Beijing said, “China may relax border controls gradually after the two sessions or in early June,” according to state-run newspaper Global Times. Since March 28, China has barred nonnationals with valid visas from entering the country – excluding people with diplomatic, courtesy and service visas.

With the pandemic mostly under control in the Middle Kingdom, Wang stated that business leaders and in-demand technicians may get priority to return to the PRC. Last month, foreign ministry spokesman Geng Shuang confirmed that China was “discussing with relevant countries fast track arrangement for urgent essential travels including for business and technical purposes,” with a focus on spurring economic and trade activities. On May 1, China and South Korea opened an ‘express channel’ to accommodate business executives working in key industries.

Optimistic about lifting restrictions for some business-related travel, Zhou Zijun, a public health expert at Peking University, told GT that “China can now properly handle a small level of imported cases.” However, he does note that it’s unlikely we’ll see a large number of tourists entering the country in the near future.

Despite a few outbreak clusters of the new coronavirus in Wuhan and Northeast China, the country has largely mitigated the spread of COVID-19, with only five new cases reported on Wednesday. But with nearly five million confirmed cases worldwide, both experts remain cautious about reopening normal international travel – fearing a rise in new infections.

International airlines are preparing to add flights to and from China in June, with airlines such as Korean Air, Qatar Airways and United Airlines reportedly set to soon serve multiple Chinese cities with passenger services, according to Forbes. However, one thing that remains clear is the reopening of China’s borders will be a slow and gradual process.