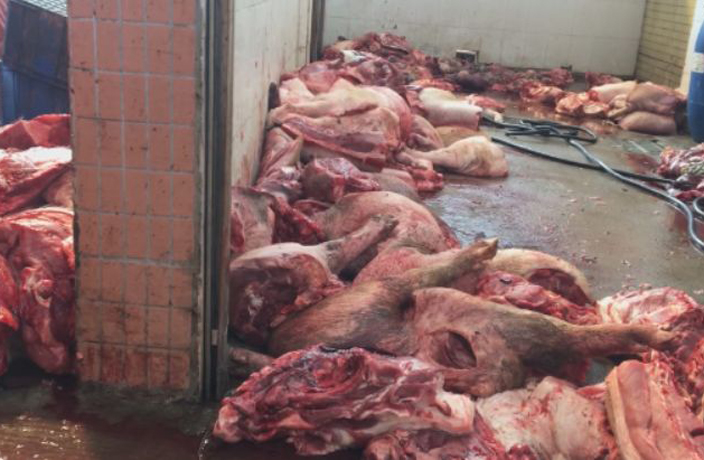 A shocking television exposé on illegal pork processing at a Foshan slaughterhouse has prompted an inspection on all pig slaughterhouses and pork markets in the city’s Nanhai district.

A report on November 30 by TVS News, a Guangdong Radio and Television (GRT) news broadcasting segment, detailed how dead and sick pigs, handled at Heyi Roulian slaughterhouse, were being transported to wet markets in Foshan and Guangzhou.

Undercover journalists spent nearly one month on the investigation into the Foshan slaughterhouse’s shady operations. At one point, a GRT journalist was approached at the trading area in the slaughterhouse by an unidentified woman who touted two dead pigs for RMB200-300 apiece. The deceased hogs in question were then carried away by a man into the slaughterhouse, where they were, at first, refused by butchers but later slaughtered and processed as ‘live pigs’ after the man convinced the staffers of the slaughterhouse. 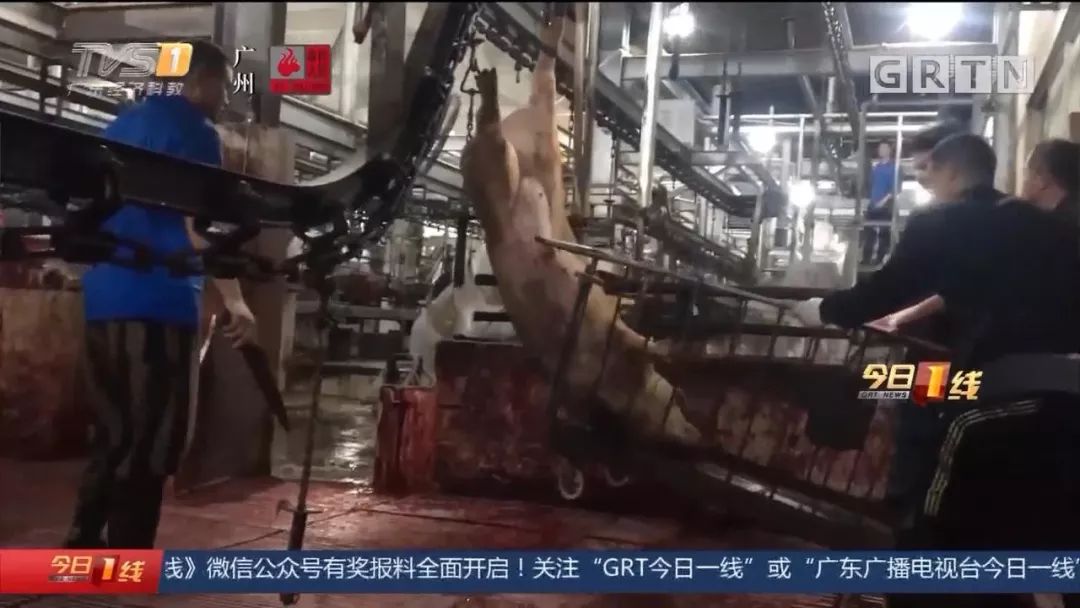 During another visit, journalists witnessed a man bribe a staffer into butchering two dead and abnormally red pigs, which were later passed as certified meat and loaded into a pickup headed for Guangzhou. Journalists followed the vehicle for 60 kilometers and arrived at a wet market in Guangzhou’s Huangpu district. The questionable pork was then placed at two pork stalls.

In a separate episode, butchered pork that was supposed to be disposed of was actually taken away in a truck with a Guangdong license plate that frequented the slaughterhouse.

What’s even more disturbing about the news is that Heyi Roulian slaughterhouse had just been approved by provincial authorities as a standardized establishment this September, according to the TVS News report. Since their unethical operations were brought to light, the Foshan slaughterhouse has been ordered to close down for rectification.

It’s not clear whether these dead pigs were affected by African Swine Fever (ASF) virus.

Following the TV exposé, on December 1, Guangzhou authorities also launched an inspection into all wet markets, supermarkets and butcher shops operating in the city, according to the Paper.

Over the past half a year or so, China’s pig population has been plagued by ASF, which broke out in August and eventually caused pork prices to soar. In October, Chinese scientists claimed to have made breakthrough in a cure for ASF virus.

READ MORE: Explainer: Here’s Why Pork is Getting Much More Expensive in China 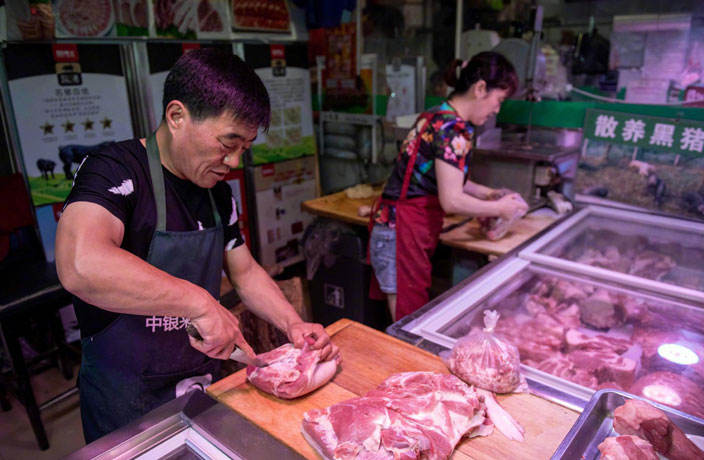 Here's What Guangzhou Is Doing to Stabilize Rising Pork Prices

The Guangzhou government has implemented 10 measures to stabilize the price of pork, which will run through the month of September. 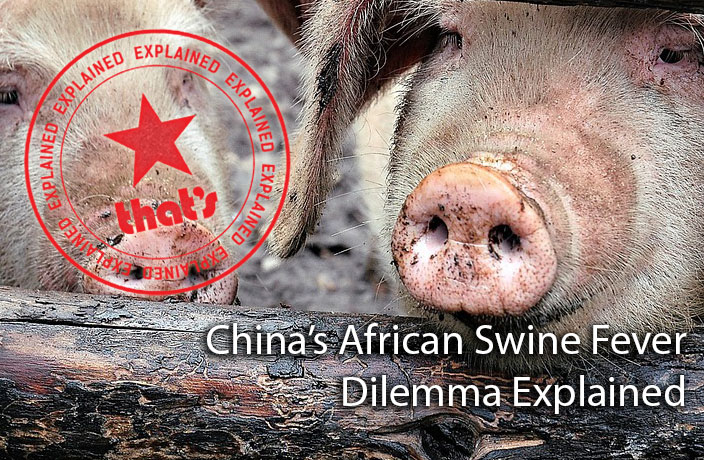 China leads the world in pork production, producing over 54 million metric tons of pork in 2018.

Guangdong’s Center for Disease Control and Prevention has initiated a campaign to prevent and combat dengue fever.

Getting Moderately Deep With... The Owner of a Pork Bone Soup Joint

The Tragic Tale of an African Student's Death in Guangzhou

How did the story of Ezra Lei Kipngetich come to such a grisly and heartbreaking end in only eight short months?

Baiyun International Airport recently seized 0.1 kilograms of rosary peas, a seed toxic enough to kill a man in doses of three micrograms if inhaled or ingested.