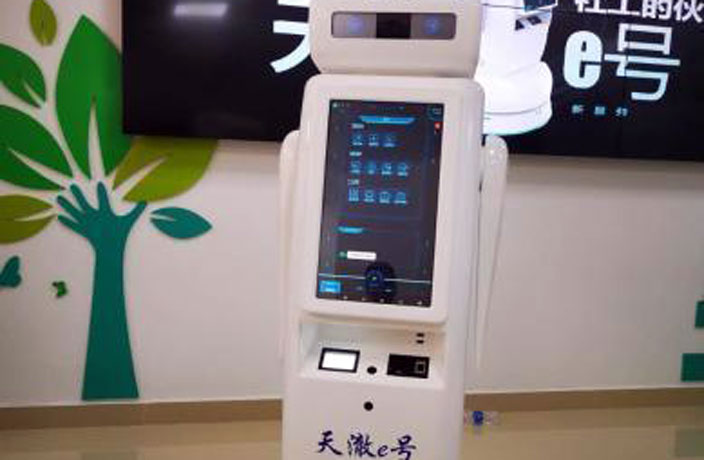 A talking robot has been employed by the city to play a role in the rehabilitation of individuals suffering from substance abuse. According to Xinhua, the robot has a unique appeal to recovering addicts, who may find it more embarrassing to talk about their problems with human social workers.

The robot, named ‘Tianche No. E,’ began its tenure at a rehab center in Nansha district last weekend. Xinhua reported that the machine can offer individual counseling, psychological evaluations and even remind recovering addicts to take urine tests.

As you could expect, the robot was developed with the use of AI algorithms and big data, meaning its functions are expected to improve over time as it collects more data from individuals.

According to Nansha’s Narcotics Control Commission, the machine was co-developed by the commission and a Chinese tech firm. For individuals to use the artificial counselor, they need to swipe their ID card and undergo facial recognition. After their session with the bot, it will generate a report based on their talk.

Xinhua also reported that one former drug user found it easier to talk with the robot on questions that would be embarrassing to answer in front of social workers. This sentiment aligns with a study carried out by the University of Plymouth’s School of Psychology last May, which observed participants’ reactions to a robot counselor. Many participants praised the robot’s “non-judgmental nature” and appreciated how the bot would not interrupt the speaker.

This appears to be just the beginning of robot counseling in the southern district of Guangzhou, with more artificial counselors slated for community rehab centers around Nansha.

Canadian Sentenced to Death for Drug Trafficking in South China

11 defendants involved in the massive drug operation were either sentenced to death, life imprisonment or given a limited prison term, depending on their involvement.