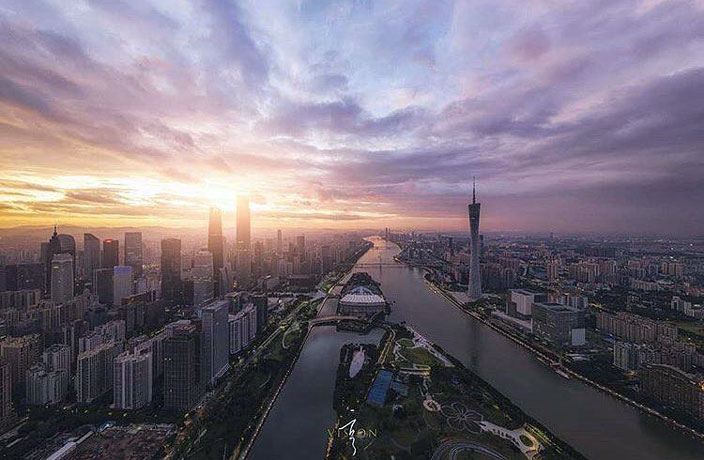 Guangzhou was named the most favorable Chinese city for foreign investment for the second consecutive year, according to a study titled ‘The White Paper on the Business Environment in China.’

Compiled by the American Chamber of Commerce in South China, the ‘White Paper’ is an in-depth analysis of the factors impacting the business environment in China. The paper also focuses on how the US and other foreign companies play a role in China’s economy. Dr. Harley Seyedin, president of the American Chamber of Commerce in South China, wrote in the president’s message that foreign companies have contributed to the Chinese market with high industry safety standards, establishing supplier and distribution networks and sustainability practices, among other important contributions.

We reached out to Dr. Seyedin to learn more about Guangzhou’s leading role in driving foreign investment in the Middle Kingdom.

What makes Guangzhou a more attractive place for foreign investment compared to cities like Shenzhen and Shanghai?
Guangzhou was once again voted the favorite destination for investment from over 35 cities across China. Although Shenzhen and Shanghai have enjoyed a strong momentum of economic development, they were not the absolute first choice for investors, which is probably a result of high operational costs.

Guangzhou offers the best infrastructure, a transportation system complete with superhighways, a high-speed rail network, modern airport, efficient ports and waterways. It offers a state-of-the-art telecommunications network, the best supply chain, education and the brightest minds in research and development. And of course, all of this is backed by a highly professional, mature and pro-business government.

Considering the above reasons, one can say without hesitation that Guangzhou represents the best investment region for all companies.

How do you see Guangzhou growing as the Greater Bay Area Plan continues to take shape?
The port of Guangzhou was the first Chinese port regularly visited by European traders and long the only Chinese port permitted for most foreign traders, while the Pearl River Delta region is one of the oldest gates into China. Naturally, this area has a legacy of being the first region to take off economically since the beginning of China’s economic reform.

The potential of the Guangdong-Hong Kong-Macau Greater Bay Area comes from fully integrating the SARs of Hong Kong and Macao in the national planning strategies of the Chinese mainland, to form a collective economy. The plan definitely provides new impetus for development through factors of production, including ideas, resources, talent and capital.

I believe that Guangzhou, the capital of Guangdong Province, will play an active role in the synergetic cooperation between cities with its own unique advantages in the region including — but not limited to — human resources, infrastructure, facilities and regulations.

What role can the American Chamber of Commerce in South China play in regards to the Greater Bay Area Plan?
The American Chamber of Commerce in South China covers Guangdong, Guangxi, Hainan and Fujian, and most of the members have been operating in South China more than 10 years, with headquarters based in the Pearl River region. According to our 2019 Special Report on the State of Business in South China, budgeted reinvestment from profits in China in 2019 by members of AmCham South China is expected to rise by a whopping average of 37.9 percent over 2018 and a majority of the companies remain optimistic towards the future development of the GBA. We believe that our membership will reinvest in this area and continue to contribute to economic development.

What do you envision as the best outcome for the current trade talks being held between the US and China?
It was difficult to compile any report on the bilateral trade between the US and China in a year filled with rapid changes, escalating tariffs and a lack of progress on both sides. Our economic partnership deserves better. We believe that the US and China will eventually reach a full agreement and the waves of tariffs that truly do not help anyone will soon subside. That, coupled with the softening of foreign direct investment (FDI) rules and regulations in China, should ease the current question marks over the long-term viability of China-based export manufacturing firms, and buy them some time to adapt to the alternative supply chains.

From our understanding, this is the 11th ‘White Paper’ that AmCham in South China has published. How did the report initially get started and how do you think it helps the business community among other institutions?
China’s growth is impossible without foreign investment. With this in mind, the American Chamber of Commerce in South China created the annual White Paper on the Business Environment in China to help foreign businesses navigate the most dynamic — and sometimes challenging — market in the world. Now our ‘White Paper’ has become an annual milestone for the Chamber.