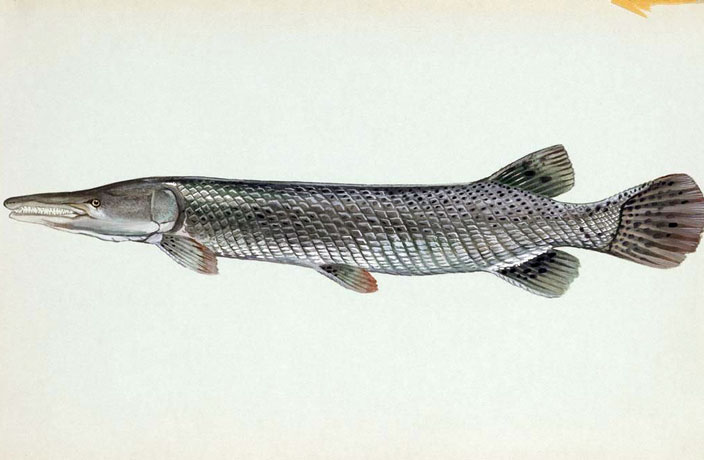 Folks are being asked to stay out of the water at Baiyun Lake after a monstrous creature was spotted in the lake, according to GRT Radio. The animal, which has been described as roughly 2 meters in length, is believed to be an alligator gar, a species of prehistoric fish native to the southern United States and northern Mexico.

While it’s not immediately clear how the fish ended up in a Guangzhou lake, it is being speculated that the animal was released by Buddhists who were “looking to gain favor” by freeing captive creatures. 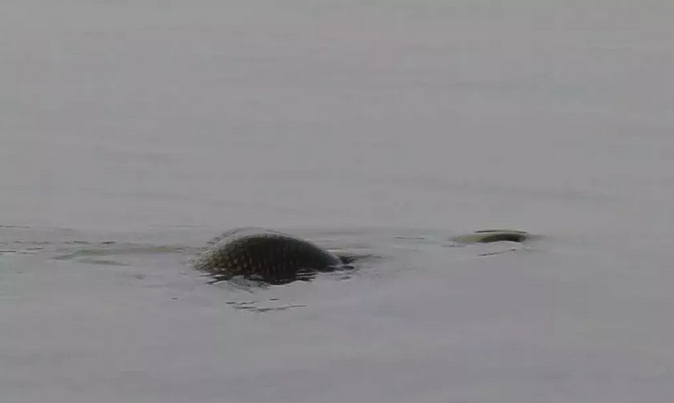 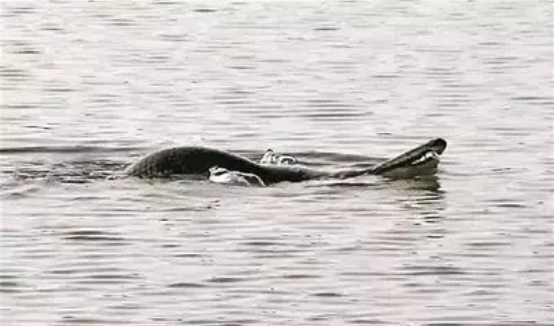 In response to the sighting, authorities have posted a notice at Baiyun Lake warning citizens not to swim. GRT Radio reports that a plan to catch the alligator gar is currently being formulated.

While the fish is certainly a long way from its traditional North American home, this is far from the first time the species has appeared in Asia.

The fish has previously been found as an invasive species in Hong Kong, Singapore and parts of India (presumably released by aquarium hobbyists). A 1-meter-long alligator gar was also discovered in a Shenzhen river back in May of 2017.  In October 2017, two of the prehistoric fish were discovered in a waterway in Liuzhou, Guangxi. 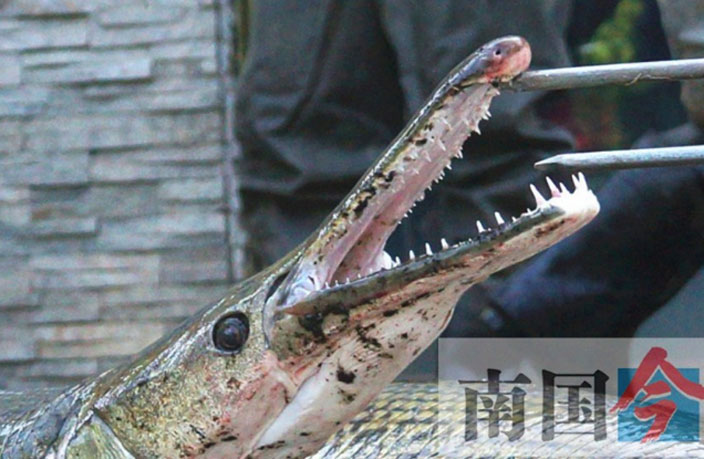 Alligator gar have roamed the fresh and brackish waters of our planet since the time of the dinosaurs, with fossil evidence suggesting the animal has been around since the Early Cretaceous, over a 100 million years ago.

The torpedo-shaped fish species, which can grow to over 3 meters in length, allegedly derives its name from its alligator-like snout, which is lined with long, terror-inducing teeth.