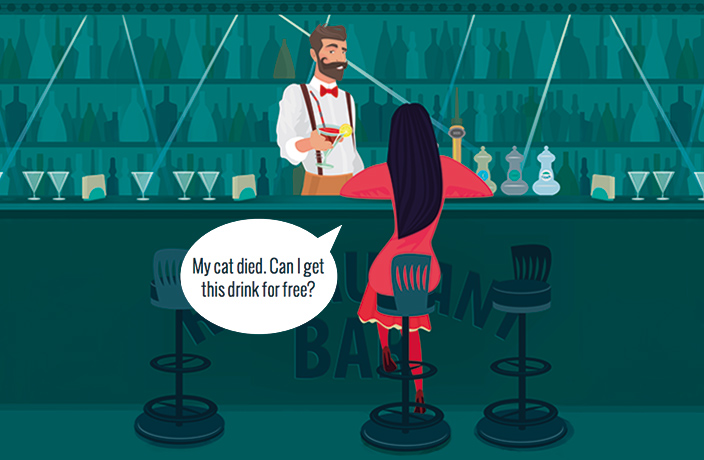 After years spent in bars, I’ve witnessed all types of customers in various degrees of drunkenness. While most people under the influence are perfectly lovely, some say the worst things. Now customers deserve a certain level of respect from the floor and bar staff, because you are the one paying the bills. I accept this premise but Drake might as well have been referring to customers when he said, “it’s a rollie not a stopwatch,” because drunks might never quit.

As the Drake of That’s Shanghai (you know, controversial and can’t dance), I thought it would be a great idea to ask my industry colleagues for worst things you can say to a bartender. I’m not naming sources – but if you are in the biz, you’ll agree with this list more than Travis Scott with Kendall Jenner off camera.

1. "It’s my (significant other/best friend’s) birthday. Can we get some free shots?” 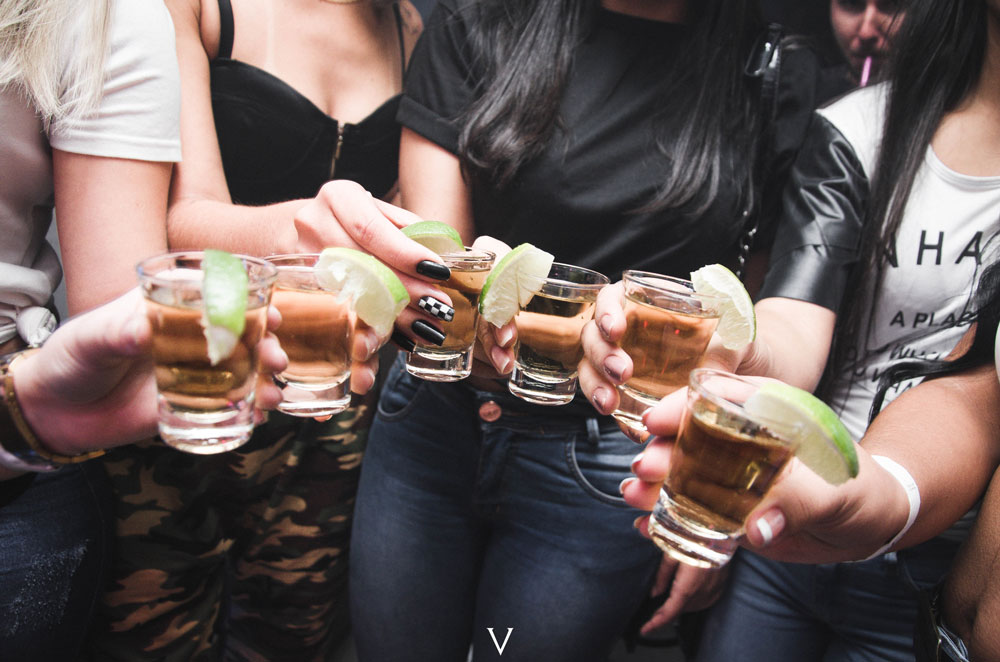 Generally, depending on the venue’s policy, giving out shots for special occasions isn’t a problem. We are super grateful that you choose to spend both your time and money with us and are more than happy to send out a round or what not but - fuck you if you just do that every week. We all want free stuff, but don’t make the staff look like fools.

As we extensively covered in a previous article, if you are in a decent Shanghai bar this really isn’t happening, especially in 2018. If your nerd friends got too hammered last night, it’s because they can’t handle their liquor. Why would an established bar risk their reputation by serving you counterfeit booze when the real thing is so cheap wholesale? As for bitching that your RMB15 glass of vodka had you violently ill, you get what you pay for.

Ha, ha, ha, ha. Generally, owners notify staff to do something special for you. If the owner isn’t there to personally pour your drink, it is because they have partners. For example, I’ve been told multiple times by inebriated customers that they were friends of the owner at Logan’s Punch to which I reply, “me too.” I’ll check in to make sure I don’t have a VIP on my hands, but making stuff up for free shit is a weird power move with no endgame.

Sometimes I buy shots for loyal clientele, but it’s a problem when people start to see these gifts as a right to demand when I’m not around. How would you like it if we walked into your school and demanded free English lessons? And you probably don’t walk into the Apple Store expecting an iPhone X on the house for saying, “I know Tim Cook.”

This is my favorite because the time is always 30 minutes. What people don’t realize is drink tickets have a time stamp on them. I’ve often had to tell intoxicated customers that they ordered their drink two minutes ago, not 30. We fill the ticket according to the order it prints out in a reasonable window of time unless it’s crazy busy or there are stupid, stupid requests like for virgin margaritas, decaf espresso or gluten-free breadsticks.

Folks who snap or whistle deserve to rot in a deep, dark level of hell reserved for loud sneezers and unapologetic fans of late-career Johnny Depp. Come on, don’t be an asshole. If you’re just finding out this is uncool, it totally explains your non-ironic Spencer Pratt lower back tattoo. I know you worked hard for the money you are spending on our cocktails and it irritates you if the staff isn’t paying attention to you. We are doing our best, and we don’t come to your job and snap at you.

Perhaps some of the examples I threw down are extreme, but always remember that people who work in restaurants and bars are not better or worse than you. To them, Friday night is just another stressful day in the office, but if you handle yourself with these things in mind, I’m more than happy to buy you a shot, because I know the owner – his name is Logan.